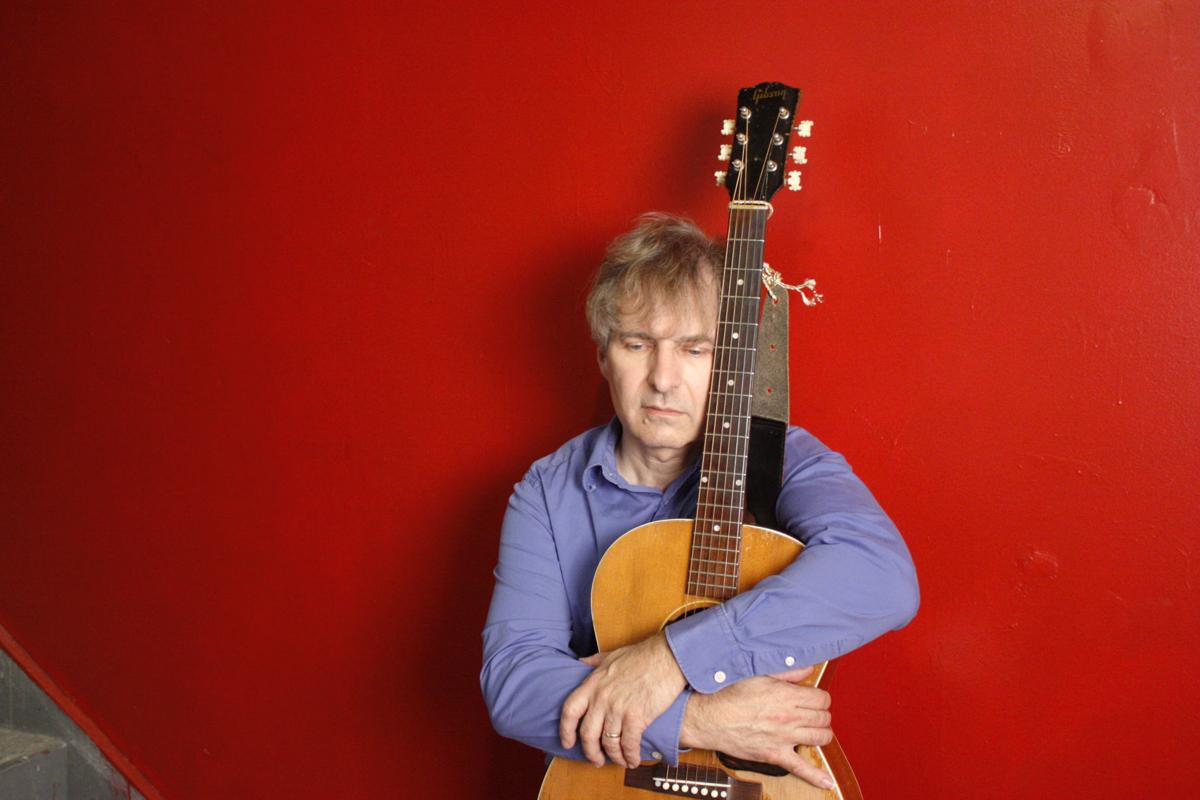 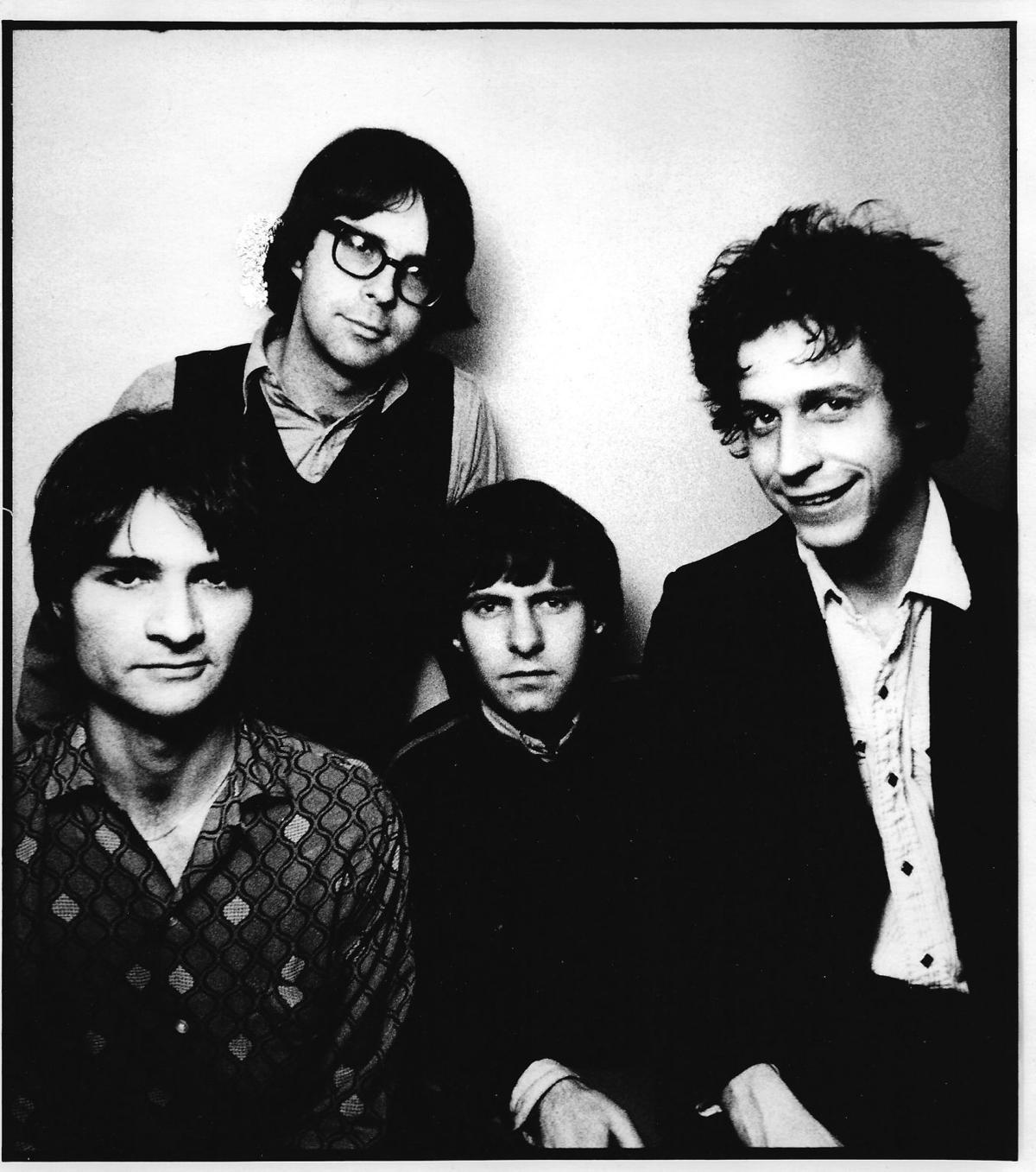 The dBs were made up of four musicians from Winston-Salem: Gene Holder (from left), Peter Holsapple, Chris Stamey and Will Rigby. They were based in New York.

Through happenstance and his own curiosity, Chris Stamey became a player in two blossoming music scenes.

He had the good fortune of growing up in Winston-Salem in the 1960s, a magical, innocent era when kids were learning instruments, writing songs and joining bands, buoyed by a desire to become the next Beatles.

As a young man, Stamey felt the pull of New York, moving there in 1976, fresh-faced but confident in the musical skills he had honed with his childhood friends and as a student learning music composition at UNC Chapel Hill.

Grittier and more dangerous than the streets of his Sherwood Forest neighborhood, the New York City of the mid-1970s was magical in its own right, with upstart bands such as Television and the Patti Smith Group reclaiming the spirit of rock ‘n’ roll in the dank clubs of east Greenwich Village.

Though Stamey’s new book is titled, “A Spy in the House of Loud: New York Songs and Stories,” he captures the zeitgeist of both those scenes with anecdotes and reflections

that also serve as a window into his musical evolution.

“It was a fascinating time for me to have landed in New York, and I thought that if I could find a way to communicate some of what was exciting about that, it might resonate with other people who are doing creative things, in the same way that there are other books that inspired me,” said Stamey, in a phone interview from his home in Chapel Hill. “In setting down some of what happened, I grew to realize it all really stemmed from my experiences in Winston-Salem and Chapel Hill. And those experiences had continued to color everything I had done.”

Stamey is a founding member of the dBs, a pop band that helped define the college rock sound of the 1980s that emerged as a refreshing antidote to the bloated corporate rock of the era.

Though the dBs never reached the commercial heights of fellow college rock bands, REM, 10,000 Maniacs and the Violent Femmes, its Byrds- and Beatles-inspired “jangle pop” was a favorite among music critics. The band’s first two albums in particular, 1981’s “Stands for Decibels,” and 1982’s “Repercussion” are cited as some of the best pop of the decade.

Stamey formed the band while in New York, calling up some of those childhood friends from Winston-Salem, Will Rigby, Gene Holder and later, Peter Holsapple.

Published by the University of Texas Press as part of the American Music Series, the book started as an annotated song book of Stamey’s new works, part of what he is calling “New Songs for the 20th Century.”

“These comments grew and grew,” said Stamey, 63. “I wrote so much, it didn’t make sense to shackle it to a song book.”

The early part of the book evokes a simpler time, when young boys, including Stamey and his pal, Mitch Easter, caught the science bug. Stamey and Easter played with rockets and and reel-to-reel tape recorders and fiddled with electronics in the basement of Easter’s home on Nokomis Court, sustained by cheddar cheese sandwiches and Cokes served up by Easter’s mom, Lib

Easter, who went on to produce two REM albums and form his own seminal college rock band, Let’s Active, warmly recalls those days.

“We were those jovial nerd types who liked to think we were inventing things,” he said.

The book also mentions several other important people in the city’s music scene, including the late Sam Moss (“our resident wise man and arbiter of all that was good and true in music,” Stamey writes); Don Dixon, who co-produced those REM albums with Easter; Holsapple; and guitarist Mike Greer whose band Captain Speed and the Fungi Electric Mothers knocked the socks off kids in 1968, with its heavy psychedelic sound.

“This was a seismic event for our town, and as the dust cleared, everything was different,” Stamey writes of the band.

What followed were all sorts of combos, with kids cycling in and out of bands, all dreaming of becoming the next Paul McCartney or John Sebastian.

“It was an embarrassment of riches,” Holsappple said of the musicianship of the era. “As I’ve continued to play music over these odd decades and talked with people, I’ve found the enclave of musicians that we boasted was unique. It was a remarkable thing and a great workshop for us all. The competition was friendly but it was competition. Everybody wanted to be Mitch or Sam or Ed Dodson on guitar.”

Stamey soaked in all of it, so that by the time he got to New York in 1976, he was confident in his abilities as a musician and producer.

He made early, key connections that led to collaborations with some of his musical inspirations including Alex Chilton and Chris Bell of Big Star and Richard Lloyd of Television.

That sense of confidence was evident as far back as the early 1970s to Easter. The two would occasionally travel to New York to visit Easter’s dad, Ken, who had been transferred to the city. Stamey, Easter said with a laugh, used to shop their songs around to record labels.

“He was bold about that,” Easter said. “He’d call places to try to get an appointment and I was way too embarrassed. It didn’t amount to anything but the memories are pretty great.”

Big stars such as Paul McCartney, David Bowie, Jon Bon Jovi and Chrissie Hynde periodically weave in and out of Stamey’s narrative, underscoring the rarified circles that he sometimes bumped up against.

But the book never veers into gossip. Instead, it’s a memoir of an artist who opened himself to new ideas and adventures.

“New York is a port town like Liverpool,” Stamey said. “There was a lot of passing through there, all the time. Going to see Charles Mingus, going to see Art Ensemble of Chicago, they were regular experiences. Richard Thompson might tour through Winston, but not often. It was a great graduate school, and you couldn’t help but try to decipher what there was in this cavalcade of sound.”

In 1992, Stamey married and moved to Chapel Hill, where he runs Modern Recording and continues to produce and make his own records.

Though he still travels to New York, Stamey said he has found fulfillment in Chapel Hill, most recently spending hours on the piano of his childhood, writing and arranging new songs in the harmonic style of The Great American Songbook.

He is nearly finished with an album inspired by the music of Gram Parsons and the Flying Burrito Brothers.

“Chris has never had an idle mind,” said his old friend, Don Dixon. “He’s always been unbelievably dogged in his determination to learn and express himself on lots of different layers.

“He’s not ever taken the dumb-ass route on anything.”

What: Chris Stamey will perform and will talk about his book, "A Spy in the House of Loud: New York Songs and Stories."

In Winston-Salem in the 1960s and early 1970s, the music emanating from Highland Presbyterian, Knollwood Baptist and Ardmore United Methodist …

The dBs were made up of four musicians from Winston-Salem: Gene Holder (from left), Peter Holsapple, Chris Stamey and Will Rigby. They were based in New York.