Sixteen musicians from North Carolina and Georgia will face off on social media beginning April 5.

The Georgia Songbirds Podcast is hosting the Songwriters Showdown, a contest pitting the two states against one another.

Each week, videos from participating musicians will be uploaded to the podcast’s Facebook page, where fans will determine their favorites by viewing, liking and sharing.

Eight musicians from each state will be taking part. Among those from North Carolina, are six from the Triad.

The contest is the second such competition organized by Jesse Landers, founder and host of the podcast, which features live performances each week by independent artists from the Peach State. Last year, he pitted songwriters from Georgia against those from Tennessee.

“When COVID hit last year, I wasn’t getting as many guests coming up,” said Landers who is based out of Canton, Ga. “So, I decided to do an online challenge. Streaming is how a lot of people take their music when they can’t get out. And it took off, grew the podcast by over 1,000 people. And, I thought we should do other states. I knew a couple of songwriters in North Carolina, and I reached out.”

For the first round, each songwriter will go head to head with one from the opposing state. On April 5, videos of each of the participants performing two original songs will go up on Facebook. The artists can either perform live or upload a prerecorded video. Every view of the video on Facebook will earn the artist one point. A “like” will earn two points, and a share three points.

Landers will stop the counting at noon the following Sunday, after which he will declare the winners of each pairing.

“And I’ll be fair in matching them up,” Landers said. “I’m not going to put someone who has 9,000 followers against someone who has maybe 100. So, I try to match them up as close as possible.”

The last two rounds will be live.

The winner of the Showdown will be interviewed by Landers on the Georgia Songbirds Podcast.

William Nesmith, who lives in Greensboro and is one of the artists taking part, said he’s torn between submitting songs he’s performed for a while, and doing some newer material. But he’s excited about the exposure offered by the competition.

“I’ve been performing in the area for years, and enjoy getting to meet a lot of people at the places I’ve played,” Nesmith, who just released an EP titled “Sunrise,” said. “And being a product of groups like the Gate City Songwriters and Doodad Farm Circle, I’m proud to be a representative of the really great songwriting we’ve got in the area. And it’s always important to grow your fanbase. I look forward to meeting the artists on the Georgia side, and maybe getting some new fans.”

The Greensboro-based Laura Jane Vincent, who is also among those taking part, said she doesn’t expect the contest to be an easy one, but feels good about North Carolina’s chances.

“I’m not going to lie. I looked at the competition, and there are some super-talented songwriters in that area (Georgia),” she said. “But I feel so lucky to work with some of these people (from North Carolina). I’ve admired their work, and to be in that company is pretty humbling. We also got a lot of variety in our styles and performances, so that gives us a little bit of an edge.”

The Georgia vs. North Carolina Songwriters Showdown will commence April 5. To see the videos visit the Georgia Songbirds Podcast’s Facebook page at www.facebook.com/thegeorgiasongbirds.

Every view of the video on Facebook will earn the artist one point. A “like” will earn two points, and a share three points. Fans will have until noon on April 11 to view, like and share the videos for the first round.

The North Carolina artists are:

Recipe Swap: Shrimp Creole is a warm and comforting taste of Louisiana

Folks in Louisiana understand how to use seafood in simple comfort food. Take shrimp Creole, for example, an easy, spicy tomato sauce to which…

"While Dad's health has deteriorated quickly, we can assure you that his great sense of humor continues to shine through," his family said in a statement. "And yes, he still wears his khakis at home."

Thandiwe Newton wants her name back. "I'm taking back what's mine," said the "Westworld" actor, who had been going by Thandie Newton.

Jesse Landers is founder and host of the podcast Georgia Songbirds Podcast. Landers is hosting a competition between Georgia and North Carolina musicians. 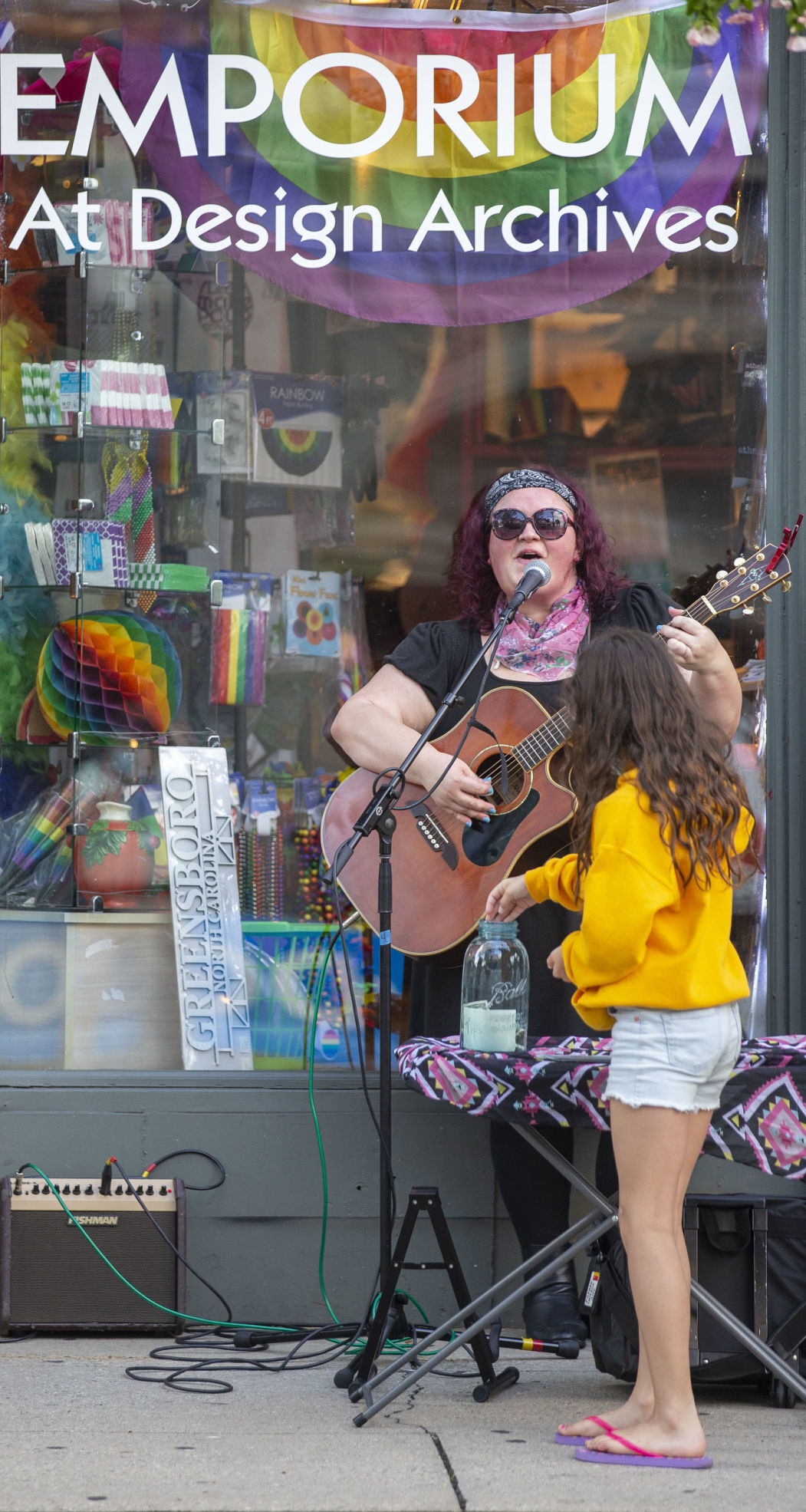