Liliana Inouye (left) and Carsyn Rose in a scene from “Amber Brown.”

Carsyn Rose (left) and Michael Yo in a scene from “Amber Brown.”

Bonnie Hunt arrives at the world premiere of "Toy Story 4" on June 11, 2019, in Los Angeles. Hunt is the writer and director of the new comedy series “Amber Brown,” based on the mop-topped character created by author Paula Danziger.

Bonnie Hunt is the writer and director of the new comedy series “Amber Brown,” based on the mop-topped character created by author Paula Danziger.

Bonnie Hunt’s approach to comedy deserves a patent. She’s drolly forthright but reliably good-hearted, and gives viewers credit for their intelligence as demonstrated by pretty much everything she’s acted in, written or both.

What Hunt has done for adults in projects such as “Jerry Maguire,” “Dave” and TV’s “Life with Bonnie,” she now generously extends to children — and the grownups who love them — with “Amber Brown.”

Based on the mop-topped character created by Paula Danziger in a bestselling line of books, the new Apple TV+ series out Friday with 10 episodes was written and directed by Hunt, who’s also in charge as the showrunner.

While she’s acted and voiced parts in kid-oriented movies including “Jumanji” and the “Toy Story” and “Cars” franchises, “Amber Brown” is the first such project that’s hers. But Hunt says she’s always envisioned a family audience when she writes and considers storytelling a privilege.

“I grew up on TV and movies and I know how powerful it can be as a child,” she said. “When I would see my parents watch something like ‘The Mary Tyler Moore Show’ or ‘The Dick Van Dyke Show’ ... they were just in those moments, free of stress and worry and just laughing.”

Family is key for Hunt, a former oncology nurse. She’s a devoted aunt to a large brood of nieces and nephews, and credits her mom with nudging her to write something for children. Alice Hunt, who died last November at age 95, became familiar to TV viewers with her weekly video visits from Chicago to Hunt’s 2008-10 syndicated talk show.

“She’s in everything I write, all her humor, wisdom. My mom raised seven kids in the city with no help” after early widowhood, Hunt said. “I think all my siblings are good, kind, decent people, and that’s a pretty big accomplishment. I always told her that.”

Hunt had begun writing a series about an eccentric aunt when she ran into an executive with a production company that had the rights to the Amber Brown books. They joined forces, and Hunt was introduced to the family of the late author, who died in 2004 at age 59.

“When we met, Bonnie seemed like a great fit to fill Paula’s very large (and sequined) shoes,” Carrie Danziger, the author’s niece and inspiration for the Amber books, said in an email. “Just like Paula, Bonnie is a very dedicated and loving aunt” and has the comedy know-how to capture the books’ spirit.

Hunt made changes (with the family’s blessing, she notes) that soften some of the harsher edges of Amber’s life. The youngster still yearns for her divorced parents to reunite, but their relationship is less bitter than on the page and they’re somewhat more attuned to their daughter’s feelings.

Amber is two years older than her 9-year-old book version and is starting middle school. She’s also a budding artist, “almost a savant,” as Hunt puts it, expressing her deepest feelings in vibrant sketches that come to animated life and show what she can’t tell.

“But she also has a video diary, so we have what she can say out loud and what she can’t,” Hunt said. The combination gives the show a fresh look, but there’s a deliberate effort to avoid the overly hip and hyper tone of many tween programs.

“I wanted a little bit of that ‘Andy Griffith’ quality that I can still watch today over and over again, the timelessness of it, the pacing of it, the heart and soul, and the humor that comes from the truth,” she said.

Race isn’t a theme in the series, but Amber’s family is multiethnic and the cast is diverse. Her dad is played by Michael Yo, who is of Black and Asian ancestry, with Sarah Drew (“Grey’s Anatomy”) as her mom. Carsyn Rose, who boasts an exuberant crown of curls, stars as Amber, who in the books is depicted as a freckle-faced, white kid with a mass of red hair.

When the casting call went out to agents, Hunt said, the characters were identified only as “mom, dad, friend” and without further description. In Rose’s audition, she showed “such a beautiful quality, very authentic,” and Hunt was later impressed by Drew and Yo.

“They became the family,” Hunt said.

With the entertainment industry finally opening up to diversity and inclusion, “now I just want to show it. I don’t want to tell it,” Hunt said. “It just is, because it’s beautiful and it’s part of us.”

Hunt writes steadily and does voice acting but has been largely off screen in recent years, save for a few scattered roles such as in the miniseries “Escape at Dannemora.” She’s made spending time with her family circle a priority, and lived with her mom in Chicago during the pandemic and until her final days.

Hunt yearns to embrace acting again, and those familiar with her work know she brings even a small role or single line to life. That includes the cynical sister to Renée Zellweger in “Jerry Maguire” or a commanding White House tour guide (“We’re walking. We’re walking. We’re stopping.”) in the satire “Dave.”

But even a youthful-looking actor knows that roles are hard to come by in middle age, especially when you’re a woman.

“I really miss acting,” she said. “It would be nice if the right thing came along, a great storyteller who’d write something for me. I’d love it.”

How to watch: Streaming on AppleTV+

'Days of Our Lives' leaving broadcast TV, will stream on Peacock

It marks the end of a broadcast run that has spanned more than 14,000 episodes and began when Lyndon B. Johnson was president.

When producers looked at the history of women in baseball, they realized “A League of Their Own” only scratched the surface.

Jana Schmieding is not only the star of the Peacock comedy “Rutherford Falls,” now in its second season, she is also a writer on the series.

How much do real estate TV stars make?

Ranging from real estate agents, remodelers and builders, investors, and interior designers, many TV show hosts have become celebrities in their own right. But how successful are they really?

There’s really no awards category that fits “Reservation Dogs.” Sure, it’s billed as a comedy but there are so many touching moments it could easily top the shows that are billed as dramas. Variety seeps in, too, and if you happen to hail from the rez, you probably think it’s a reality show.

Is there crying in baseball? Kelly McCormack explains

Yup. The line is there.

REVIEW: Neil Patrick Harris' 'Uncoupled' looks like another 'Sex and the City'

It doesn’t take a lot of signs to realize Darren Star is a co-creator of Neil Patrick Harris’ new comedy, “Uncoupled.”

Pat Carroll, Emmy winner and voice of Ursula, dies at 95

Pat Carroll, a comedic television mainstay for decades, Emmy-winner for "Caesar's Hour" and the voice Ursula in "The Little Mermaid," has died at age 95.

Liliana Inouye (left) and Carsyn Rose in a scene from “Amber Brown.”

Carsyn Rose (left) and Michael Yo in a scene from “Amber Brown.”

Bonnie Hunt arrives at the world premiere of "Toy Story 4" on June 11, 2019, in Los Angeles. Hunt is the writer and director of the new comedy series “Amber Brown,” based on the mop-topped character created by author Paula Danziger.

Bonnie Hunt is the writer and director of the new comedy series “Amber Brown,” based on the mop-topped character created by author Paula Danziger. 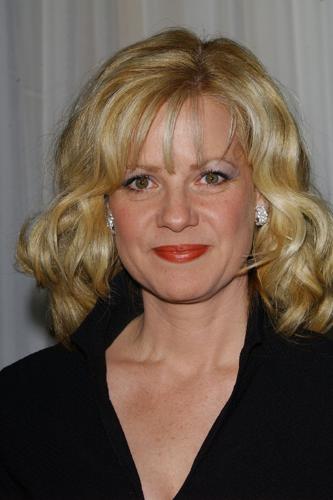