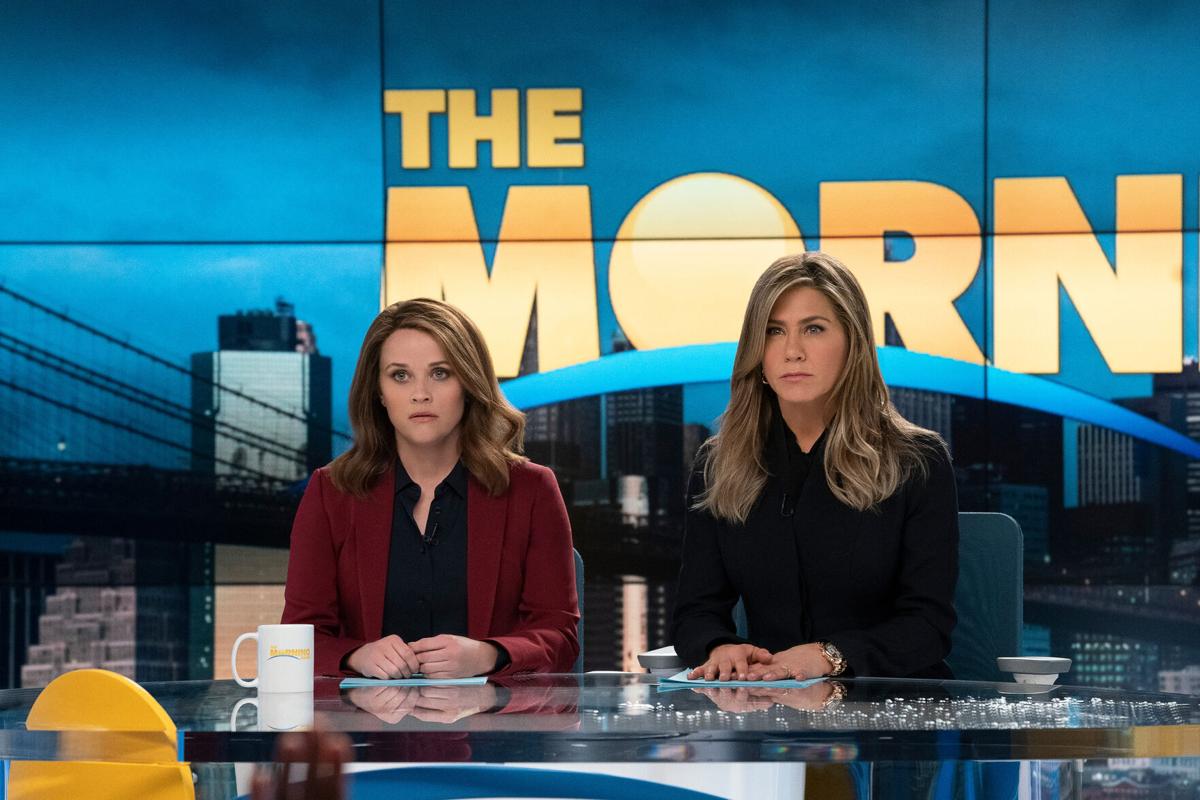 Reese Witherspoon (left) and Jennifer Aniston star in the Apple TV+ series “The Morning Show.” The show’s second season will kick off Friday on the streaming service. 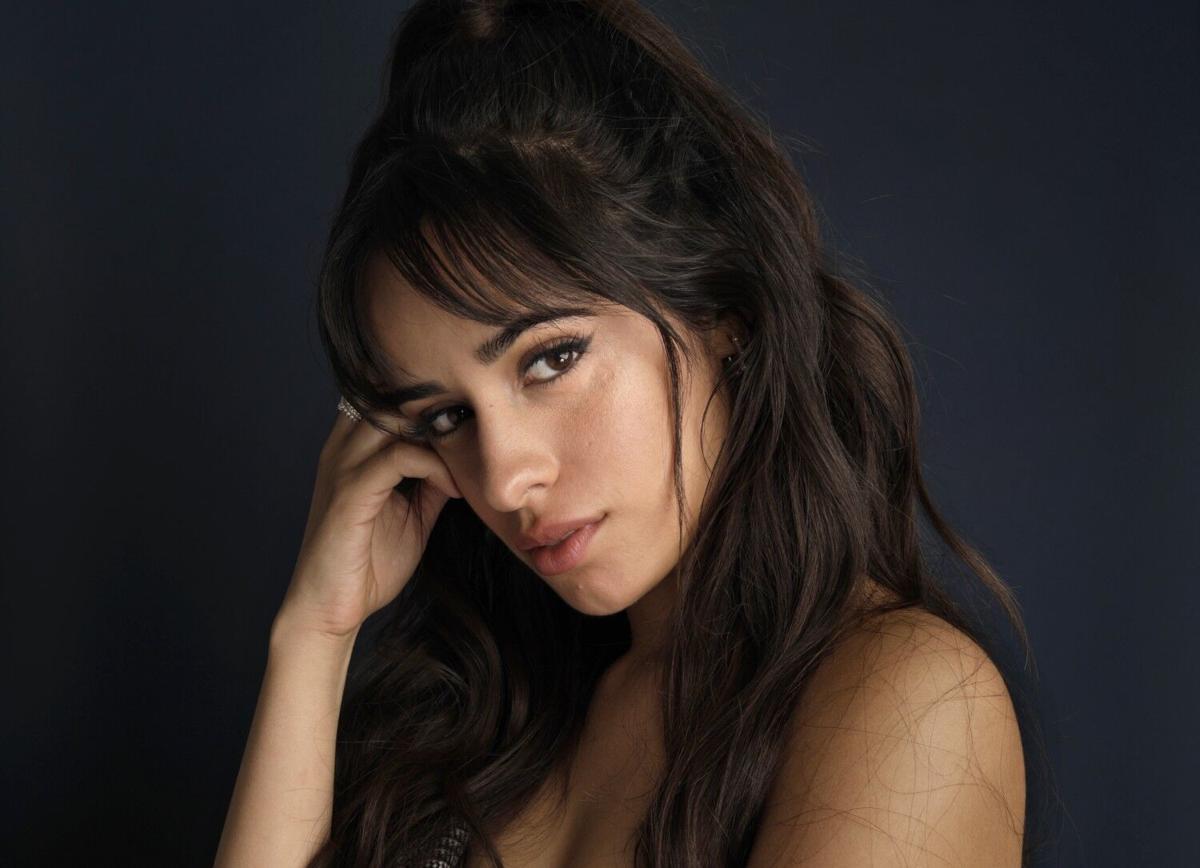 DON’T MISS: “The Morning Show” — Jennifer Aniston, Reese Witherspoon and Steve Carell return in the addictive drama series about a highly troubled morning news show. The second season picks up after the explosive events of the first season finale, in which anchors Alex (Aniston) and Bradley (Witherspoon) went live on the air to expose the rampant sexual misconduct at their UBA network. Now, the “Morning Show” team is emerging from the wreckage and dealing with the fallout. Newcomers to the series include Julianna Margulies, Greta Lee, Holland Taylor and Hasan Minhaj. (Friday, Apple TV+).

SUNDAY: “Scenes From a Marriage” is a modern, five-part adaptation of Ingmar Bergman’s classic 1973 miniseries about a troubled marriage. Starring Jessica Chastain and Oscar Isaac, the update explores love, hatred, desire, monogamy, marriage and divorce through the lens of a contemporary American couple. (9 p.m., HBO).

SUNDAY: In the drama series “American Rust,” Jeff Daniels plays a small-town police chief who must decide how far he’s willing to go to protect the adult son of the woman he loves (Maura Tierney) when the son becomes linked to a murder. The series is based on a novel by Philipp Meyer. (10 p.m., Showtime).

MONDAY: Coming off a brilliant first season, the quirky British comedy “Back to Life” returns with new episodes. In season 2, Miri Matteson (Daisy Haggard), continues to bump into various roadblocks as she struggles to adjust to a new life in her small coastal town after spending 18 years behind bars. (10 p.m., Showtime).

MONDAY: Still haven’t had your fill of post-apocalyptic dramas? Based on a DC Comics series, “Y: The Last Man” is set in a world where every mammal with a Y chromosome has been killed by a mysterious plague, expect for one dude and his pet monkey. Now the survivors must figure out how to rebuild a functional society. (FX on Hulu).

TUESDAY: Everything’s on the line tonight as the “America’s Got Talent” finalists deliver their crucial final performances in hopes of earning our votes. Among the performers are a trio of singing UNCG students named 1aChord (read more at greensboro.com). The winner will be announced at the end of Wednesday’s season finale. (8 p.m., NBC).

WEDNESDAY: “Nailed It!,” the baking competition that has been described as “part reality contest, part hot mess,” returns for more fun. This season, the contestants take on paranormal pastries, celebrate Black history, and attempt to recreate chocolate masterpieces inspired by Jacques Torres — all for a $10,000 prize. (Netflix).

THURSDAY: We expect lots of laughs — and maybe a few tears — as Jake Peralta and the “Brooklyn Nine-Nine” gang wrap up their run. In the hourlong series finale — titled “The Last Day” — the squad takes stock of its eight years together and looks toward the future. (8 p.m., NBC).

FRIDAY: Brace yourself for more steamy shenanigans as “Sex Education” returns for a hilarious third season. It’s a new year, Otis is having casual sex and Eric and Adam are official. Meanwhile, a new headmistress (Jemima Kirke) tries to return Moordale Secondary School to a pillar of excellence. Good luck with that. (Netflix).

SATURDAY: Break out a good bottle of zin for the TV film “Raise a Glass to Love.” An aspiring master sommelier (Laura Osnes) returns to her family vineyard to study and is intrigued by the natural methods of the handsome new, Argentinian winemaker (Juan Pablo Di Pace). Wonder where all that will lead? (9 p.m., Hallmark Channel).

Matt Amodio's historic run on "Jeopardy!" has now netted him more than $1 million in non-tournament play, making him the third person in the show's history to pass that mark.

The "Gonzo-rella" episode of "Muppet Babies" is one of the most recent and widely celebrated examples of animated children's television tackling nonbinary and gender-diverse identity.

Reese Witherspoon (left) and Jennifer Aniston star in the Apple TV+ series “The Morning Show.” The show’s second season will kick off Friday on the streaming service.