Television Q&A: What happened to MSNBC's Kasie Hunt?
0 Comments
Share this
{{featured_button_text}}
1 of 2

The cast of “One Day at a Time” includes (clockwise from bottom left) Justina Machado, Isabella Gomez, Rita Moreno and Marcel Ruiz. 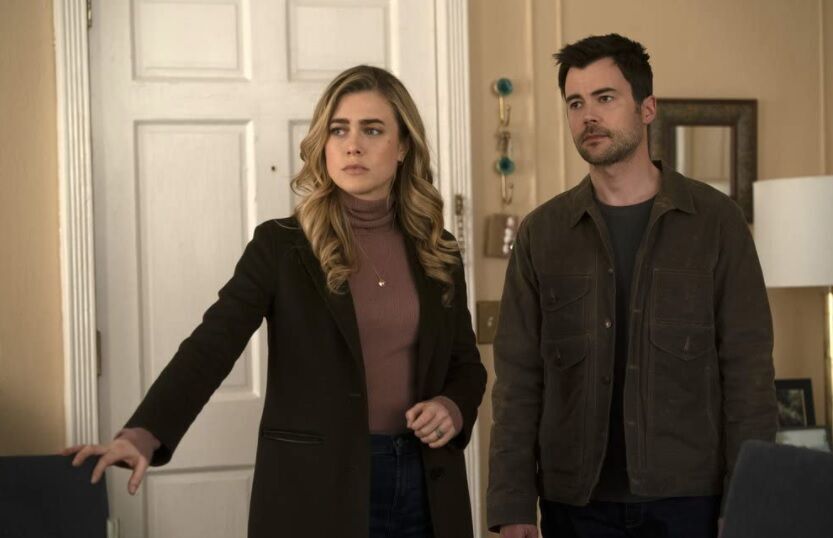 Matt Long and Melissa Roxburgh in a scene from “Manifest.”

Q: My wife and I are MSNBC fans and miss Kasie Hunt very much since she left a few weeks ago. Have you learned who Kasie works for now and exactly what she is doing? Any information would be much appreciated.

Answer: She has joined CNN as an anchor and chief national affairs analyst. According to the network, she will also host a daily politics show on CNN+ as well as appearing on CNN. And yes, CNN+ is a subscription-based streaming service; it’s getting so a plus-sign in a programmer’s name means “add to your viewing expenses.” CNN+ is due in early 2022.

Q: Will the reboot of “One Day at a Time” be returning?

Answer: Sadly, no. The wonderful series starring Justina Machado and Rita Moreno has now been canceled twice. Netflix dropped it in 2018 after three seasons, contending “not enough people watched to justify another season.” Sony Pictures TV, the studio behind the show, looked for a new home and found one on the Pop service (along with telecasts on TV Land and CBS). But, as Deadline.com reported, the pandemic shrank that fourth season to just seven episodes — six live-action and one animated. Ratings were not strong enough to keep it going for a fourth season, with the plug pulled the second time late in 2020. And by the end of that year, writer-producer Gloria Calderon Kellett tweeted, “It’s officially over.” A real loss for TV.

Q: Is “Manifest” coming back?

Answer: In a June column I noted that NBC had dropped the show but that reruns were doing well on Netflix, and it was possible that streaming service would order new episodes. And now we know that it has.

Variety reported that there will be a fourth and final season for Netflix.

“The streamer has also announced that this upcoming new season will consist of 20 episodes, which is more than any one season received on NBC. (The first consisted of 16 episodes, while the second and third consisted of 13 episodes each.) Whether all 20 are released at once or in multiple parts was not announced.”

Series creator Jeff Rake told EW.com that the show hopes to be shooting episodes by November or December “to get episodes to everyone as soon as possible.” Getting the cast members back is being negotiated but, Rake added, “I am hopeful that everybody is back.”

Q: “Sliders” was a great sci-fi series in the late 1990s which I am watching in rerun. I often wonder why the main star, Jerry O’Connell, and his brother Charlie did not appear in the last season.

Answer: The fantasy series aired on Fox in three seasons from 1995 to 1997 and then on what we now call Syfy from 1998 to 2000. After two successful seasons, there were major changes on- and off-camera, with the original producers replaced and two key actors, John Rhys-Davies and Sabrina Lloyd, departing as well.

O’Connell in a 2016 interview for Yahoo! TV guessed that the actors did not like the change in producers and the subsequent storytelling shifts. As O’Connell said, “We signed on for a thought-provoking, fun take on parallel worlds. ... The last couple seasons, ‘Sliders’ became more of an action show.”

As a result, he said, “I had learned all that I was going to learn from the show after four seasons, and I decided to leave when my contract was up. I was hoping that they would go on with my brother, who joined the cast in Season 4. They got pretty mad and decided to reboot the whole thing and blow it up. ... I’ve never seen an episode from that fifth season.”

Even with all those old conflicts, there has been talk as recently as this year about reviving the series. And O’Connell’s acting in recent years has found him maintaining ties to fantasy, including by giving voice to Superman in some animated productions and voice acting in “Star Trek: Lower Decks” for Paramount+.

Q: I have been a longtime fan of the Syfy channel as horror, sci-fi, thrillers and so on, are my favorite shows. Over the past year, I have se…

The 73rd Primetime Emmy Awards will air Sunday night. Here's some of the outcomes and trends to watch for.

Game show 'The Price Is Right' celebrates its 50th season

To celebrate its milestone, a two-hour primetime special on Sept. 30 will include a look back at the biggest winners, never before seen outtakes and a salute to Bob Barker.

Mayim Bialik and Ken Jennings will host "Jeopardy!" the rest of 2021. The news comes as episodes filmed by ousted host Mike Richards are now airing.

The cast of “One Day at a Time” includes (clockwise from bottom left) Justina Machado, Isabella Gomez, Rita Moreno and Marcel Ruiz.

Matt Long and Melissa Roxburgh in a scene from “Manifest.”