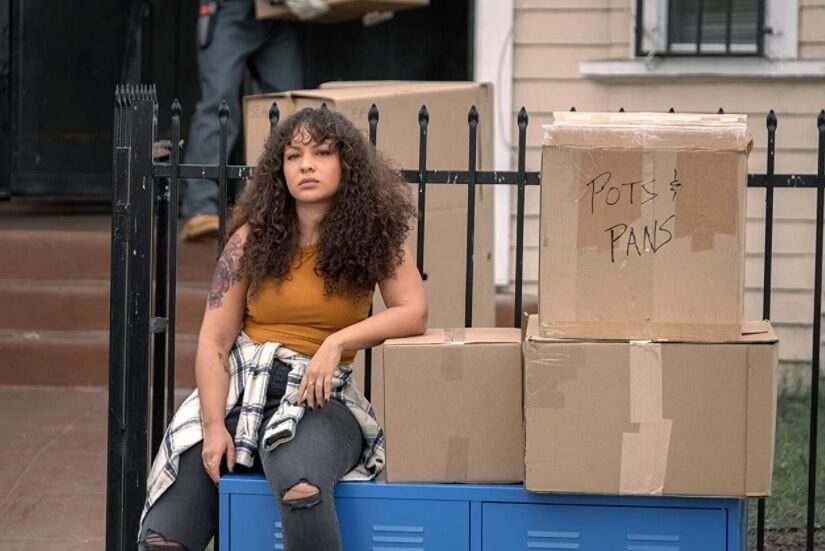 Jasmine Cephas Jones in a scene from “Blindspotting.” 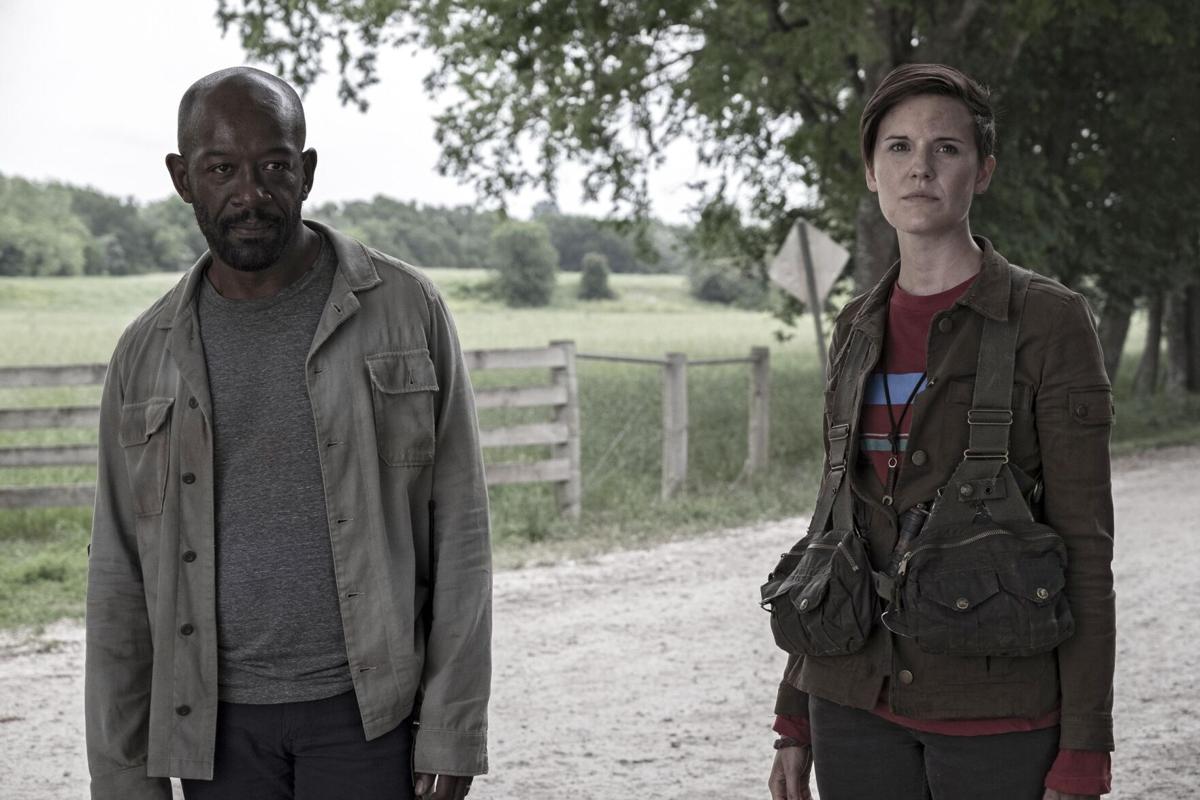 Lennie James as Morgan Jones and Maggie Grace as Althea in a scene from “Fear the Walking Dead.”

DON’T MISS: “Blindspotting” — Inspired by the acclaimed 2018 indie film from Rafael Casal and Daveed Diggs, this new dramedy follows Ashley (“Hamilton” alum Jasmine Cephas Jones), whose life in Oakland, California, is thrown into disarray when Miles (Casal), her longtime partner and father of their 6-year-old son, is jailed on a drug charge. The ordeal forces her to reluctantly move in with Miles’ mother (Helen Hunt) and his intense half-sister (Jaylen Barron). Plenty of friction and comical dysfunction ensue over eight episodes. (9 p.m. ET Sunday, Starz).

SUNDAY: Interestingly, the final season six episode of “Fear the Walking Dead” is titled “The Beginning.” Now that underground cult leader Teddy has revealed his ominous plan, everyone desperately scrambles to live out the coming destruction on their own terms. (9 p.m., AMC).

MONDAY: In the new drama series “The Republic of Sarah,” life in the sleepy New Hampshire town of Greylock is upended when a valuable mineral is discovered there and an unscrupulous mining company wants to bulldoze the place. Enter rebellious high school teacher Sarah Cooper (Stella Baker), who has a bold plan to turn Greylock into its own country. (9 p.m., The CW).

MONDAY: Here’s a different kind of reboot: Zooey Deschanel and Michael Bolton host “The Celebrity Dating Game,” which offers a wry wink at modern dating with a roster of well-known singles in pursuit of love. Up first: “Bachelorette” Hannah Brown and “Nailed It!” emcee Nicole Byer. (10 p.m., ABC).

TUESDAY: “Revolution Rent” is a poignant documentary that follows Andy Señor Jr. to Cuba, where he is tasked with directing a production of the landmark musical, “Rent.” It’s the first Broadway show to be staged there by a U.S. company in more than 50 years and Señor, the son of Cuban exiles, embarks on a personal journey in his ancestral homeland. (9 p.m., HBO).

WEDNESDAY: “Two Steps Home” is a new real estate series that has designer Mary Tjon-Joe-Pin and her husband and business partner Jon Pierre helping their Houston-area clients to spruce up and sell their current abodes for top dollar, and then acquire the home of their dreams. (9 p.m., HGTV).

WEDNESDAY: As season two of the comedy series “Dave” begins, our title character is determined to become the next rap superstar — but at what cost? With the pressure mounting, he must decide if he’ll sacrifice friendships, love, and his own sense of self in order to make his dream come true. (10 p.m., FXX).

THURSDAY: Stephen Curry’s Golden State Warriors may have missed out on the NBA Playoffs, but the sharp-shooter still has “Holey Moley” to fall back on. The wacky extreme mini-golf competition, for which Curry serves as executive producer and resident golf pro, returns another hilarious season. (9 p.m., ABC).

FRIDAY: Break out the leg warmers for “Physical.” It’s a dark comedy series about a quietly tortured 1980s San Diego housewife (Rose Byrne) who craves a dramatic life change and eventually finds it in an offbeat place: the vigorous world of aerobics. (Apple TV+).

Find extended listings and daily grids at www.greensboro.com/tv_week and every Friday in the TV Week section in the News & Record.

Television Q&A: When will 'Yellowstone' return for fourth season?

Television Q&A: What is that song in 'Downton Abbey' movie?

Q: Please tell me the name of the waltz played in the “Downton Abbey” movie where the king and queen and the family are all dancing at the ball. I am so moved by that scene.

WATCH NOW: Disney's parks aren't such a small world after all

Attractions at Walt Disney World and Disneyland are like icebergs. “You’re only seeing maybe two percent of the attraction,” says Brian Volk-Weiss, a Disney producer.

Around the remote: Chuck Barney's TV and streaming picks for July 18-24

The Summer Olympics — Yes, we’re bummed out that, due to coronavirus concerns, there will be no fans in attendance for the Tokyo Games. But the global event, after being delayed for a year, should still deliver plenty of must-see TV.

Some of Walt Disney’s greatest hits were just an idea away from disaster.

New release movies worth watching, Nicolas Cage recommendations, and more on the latest Just to be Nominated podcast

What to watch this week, including M. Night Shyamalan's "Old" in theaters, a roundup of Nicolas Cage's best roles, movie news, and more!

'The Crown,' 'Mandalorian' top Emmy nominations with 24 each. Here's the full list of nominees

"The Crown” tied with “The Mandalorian” for the most Emmy nominations Tuesday with 24 apiece, but the Marvel universe also got bragging rights with runner-up “WandaVision.”

Jasmine Cephas Jones in a scene from “Blindspotting.”

Lennie James as Morgan Jones and Maggie Grace as Althea in a scene from “Fear the Walking Dead.”