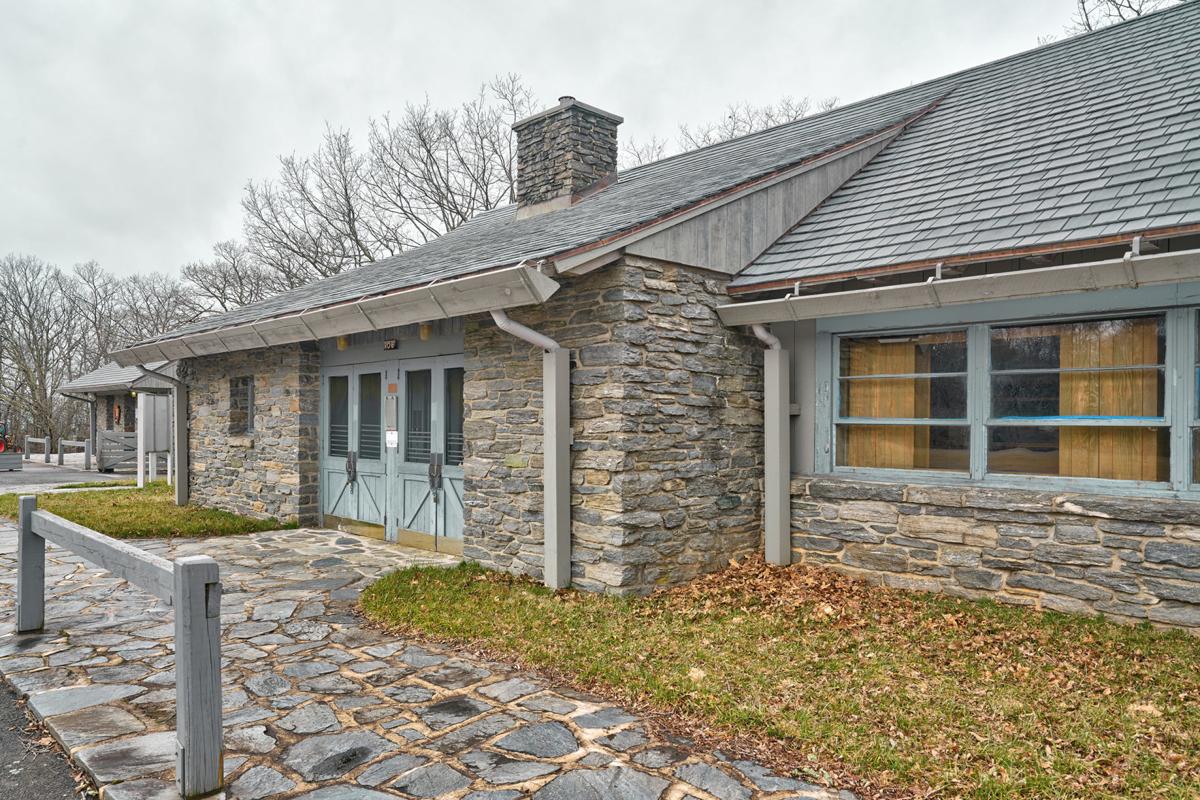 Muddy Creek owners have been selected to operate The Bluffs on the Blue Ridge Parkway at milepost 241. 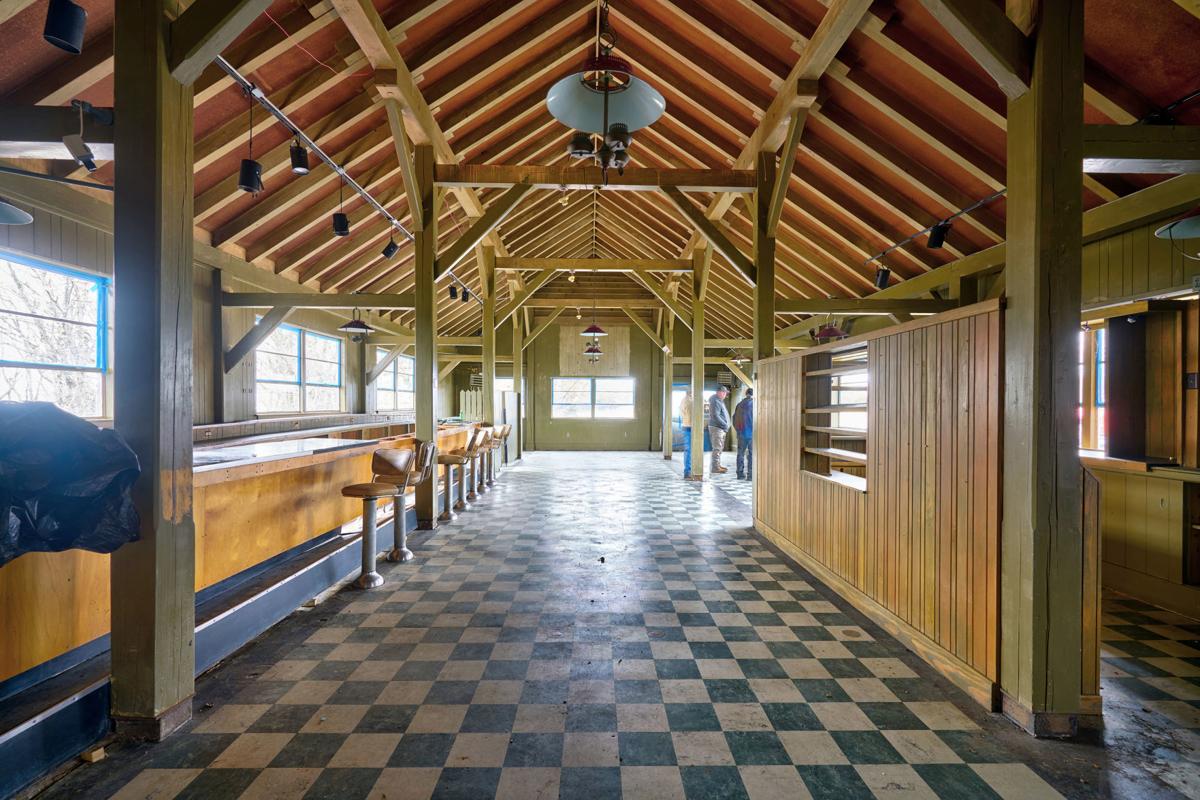 The inside of The Bluffs was renovated though it retains the feel of the original restaurant, which closed in 2010. 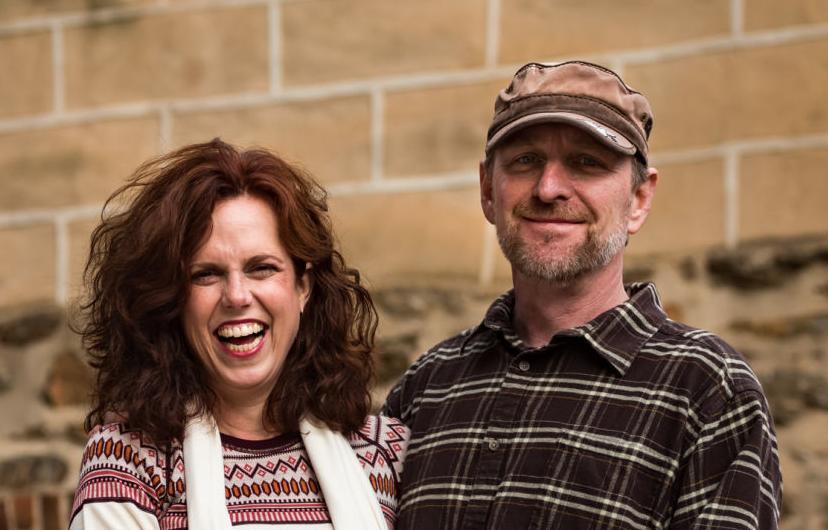 Shana Whitehead and Bill Heath have opened cafes and music halls in an old mill in Bethania, an 18th-century building in Old Salem and a 1930s-era car dealership in Sparta.

Their interest in preserving and reviving historic properties now includes The Bluffs, a coffee shop and cafe near milepost 241 on the Blue Ridge Parkway, about 75 miles northwest of Winston-Salem.

“We love the old energy and adding life back into old buildings,” said Whitehead, who along with her partner, Heath, own and operate Muddy Creek Cafe at Old Salem and Muddy Creek Cafe and Music Hall in Sparta. “We’ve been approached to look at other buildings, in like shopping centers, and that isn’t Muddy Creek.”

But The Bluffs? It exuded the kind of energy and ambiance that they find appealing. Earlier this year, the National Park Service accepted their bid to operate the historic restaurant.

Opened in 1949, The Bluffs was one of four restaurants on the parkway, part of a complex of amenities that also includes Doughton Park trails and campground, making it a favorite stop for millions of parkway visitors over the years. Operated on a seasonal basis, The Bluffs coffee shop and nearby 24-room lodge were closed in 2010.

Of all the things to get excited about this summer, and we know there are lots, diving into a stack of sweet potato pancakes in a booth overlooking the parkway ranks high on my list.

The restaurant is tentatively scheduled to reopen in late July, but in the era of COVID-19 and the plethora of broken supply chains, nothing is certain. Assuming it does open then, visitors can expect to see many of the old favorites on the menu — those sweet potato pancakes, fried chicken, blackberry cobbler and scratch-made biscuits.

Whitehead said the menu will also include some vegetarian and vegan options.

The Blue Ridge Parkway Foundation, which is based in Winston-Salem, got involved in the restoration of the restaurant in early 2017 at the request of former parkway superintendent Mark Woods. The foundation is a major fundraising arm of the parkway and is heavily involved in protecting and conserving the parkway and its considerable assets.

“We were eager to help, because we had already heard from a number of people who wanted to see the facility reopened,” said foundation spokeswoman Rita Larkin.

Reopening the restaurant became a priority, but there was lots of work to be done before the first cup of coffee could be poured.

“When the place was closed, they closed it up tight,” said Kevin Brandt, the project manager for the foundation. “The roof leaked and there was no ventilation. Mold started to grow literally everywhere.”

Brandt provided an update to donors and other interested parties during a Zoom meeting last week.

Work began on the restaurant earlier this year, Larkin said.

A new roof was added, drainage issues were corrected, restrooms were made handicapped accessible and asbestos was removed from floor tiles and restroom walls.

“It was really in pretty sad shape,” Brandt said.

Keeping the original look of the restaurant was important, he said. Bar stools were replicated to look like the originals, and a few of the original light fixtures were buffed up.

“We want it to be a familiar place,” Brandt said.

She and Heath have been watching documentaries on The Bluffs and the parkway and looking at old photos to get a sense of the place, which is evocative of that era of car travel that brings to mind Route 66, motor lodges and Sunday drives.

COVID-19 has put a halt on Whitehead and Heath’s businesses in Winston-Salem and Sparta, giving them time to make tweaks to those restaurants and plan for the launch of The Bluffs.

As part of the operating agreement with the park service, Whitehead and Heath will be able to cross-promote events at their Old Salem and Sparta locations.

As for live music, Heath said there may be some occasional open mic nights and small-scale shows. They expect to promote parkway events such as shows at the Blue Ridge Music Center, at milepost 213.

“You could easily have dinner at The Bluffs and see a show at the Blue Ridge Music Center an hour away,” Whitehead said. “And I hope people will do that.”

As for the lodge, the foundation will take a wait-and-see approach, said Carolyn Ward, the chief executive officer of the Blue Ridge Parkway Foundation.

“We all know the lodge is very important to everyone, but we’re going to go through this one step at a time,” Ward said. “The lodge will take a much bigger investment.”

Hours for The Bluffs have not been set, but it will serve three meals a day. And, in a change from the past, it will sell beer and wine. It will also be air-conditioned.

“I’m a huge fan of all the national parks and have often joked that in my next life, I want to be a park ranger,” Whitehead said. “How perfect that The Bluffs became available.”

Muddy Creek owners have been selected to operate The Bluffs on the Blue Ridge Parkway at milepost 241.

The inside of The Bluffs was renovated though it retains the feel of the original restaurant, which closed in 2010.