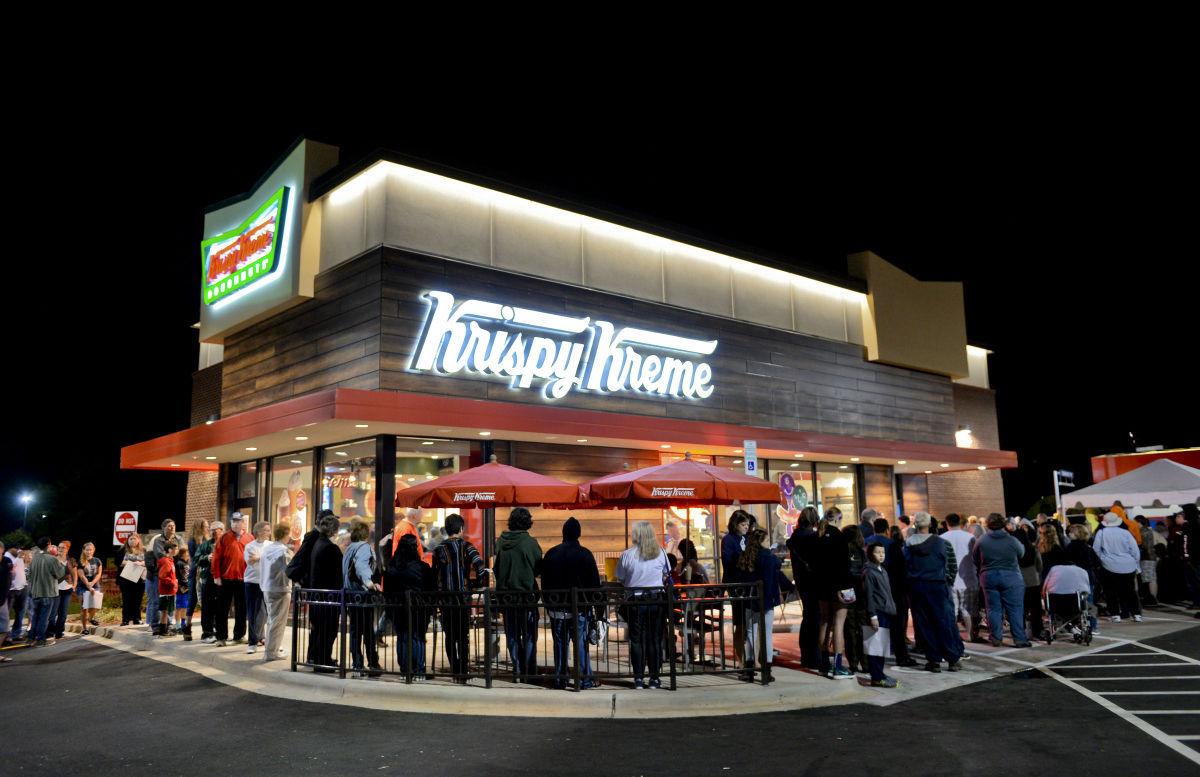 People line up at the new Krispy Kreme in Clemmons hoping to be among the first 100 to win free doughnuts for a year. 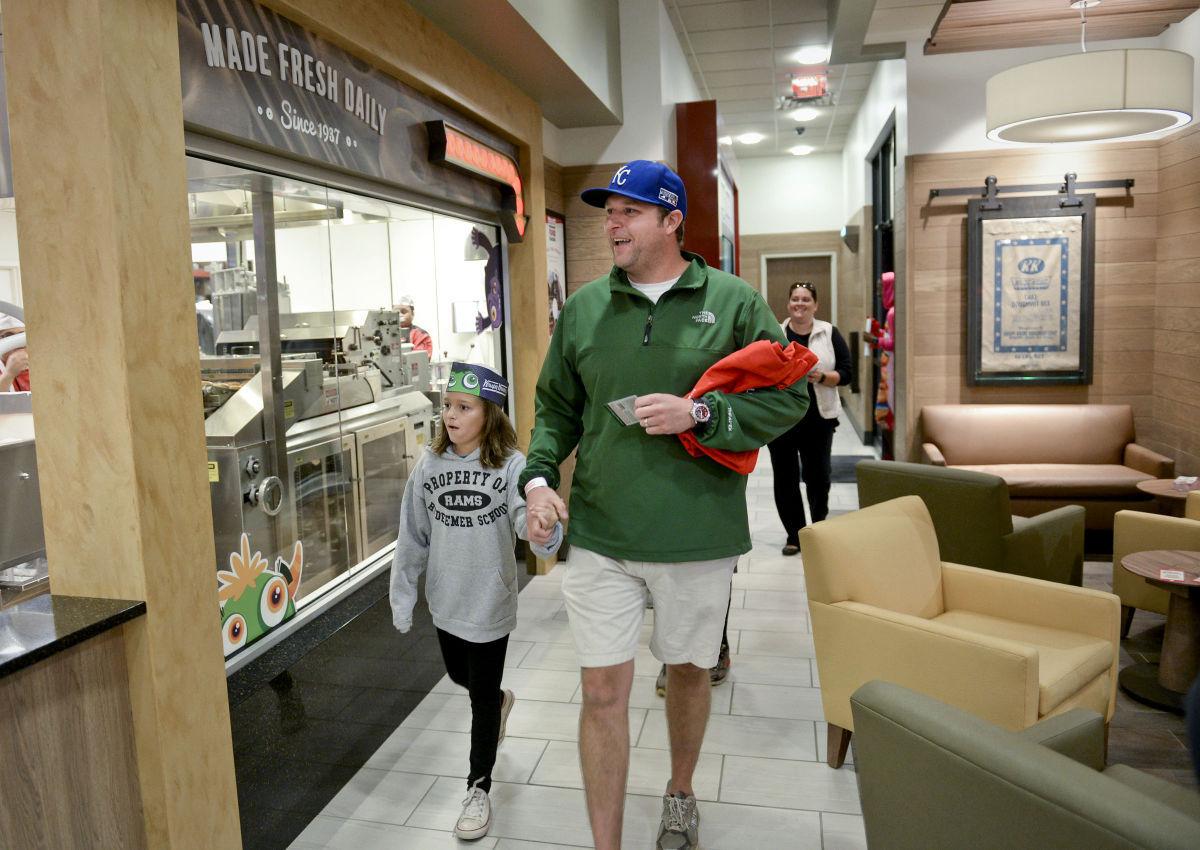 Jason Carter and his daughter, Emily, are the first customers to enter the new Krispy Kreme, earning Carter a free dozen of doughnuts a week for a year. 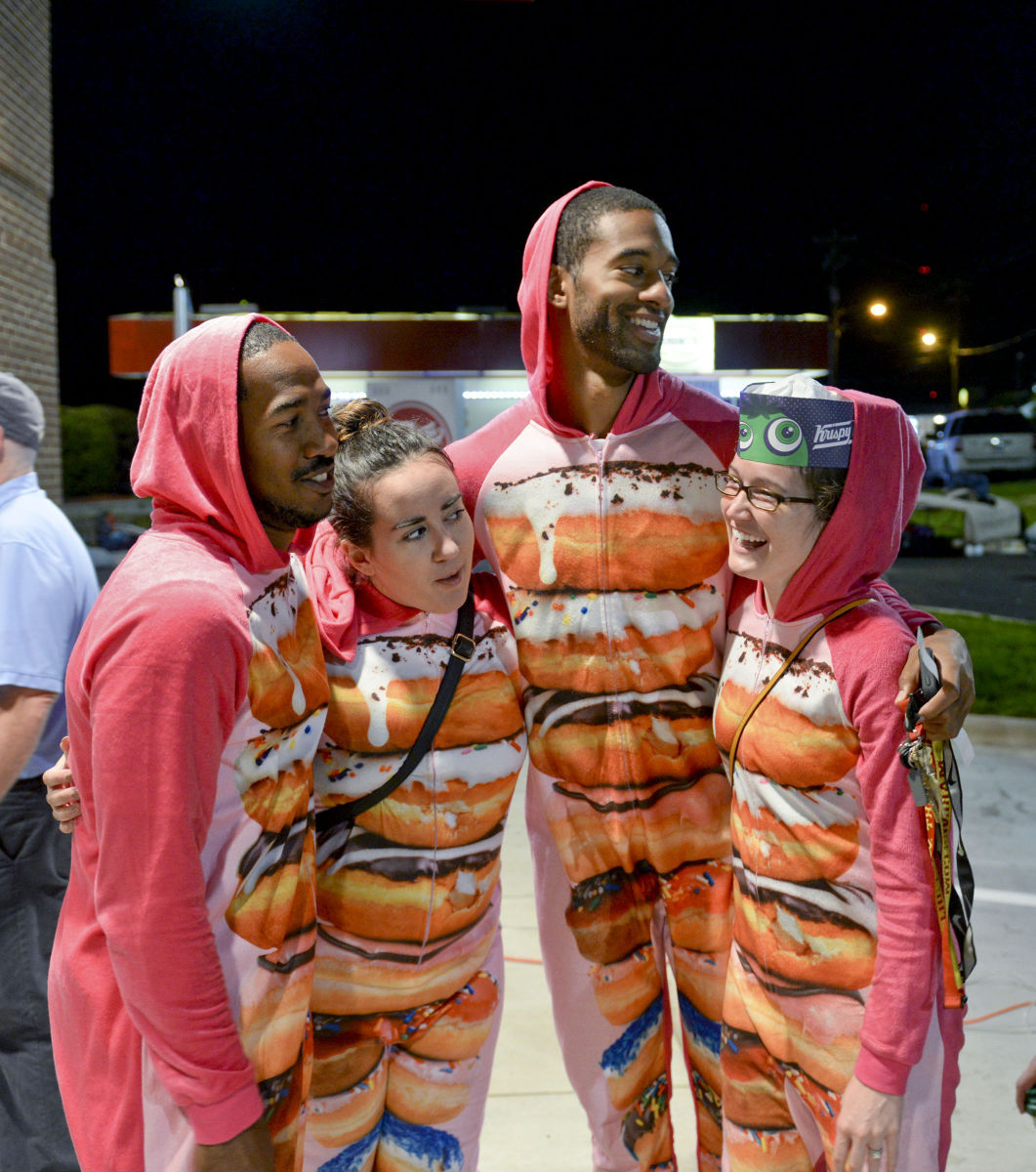 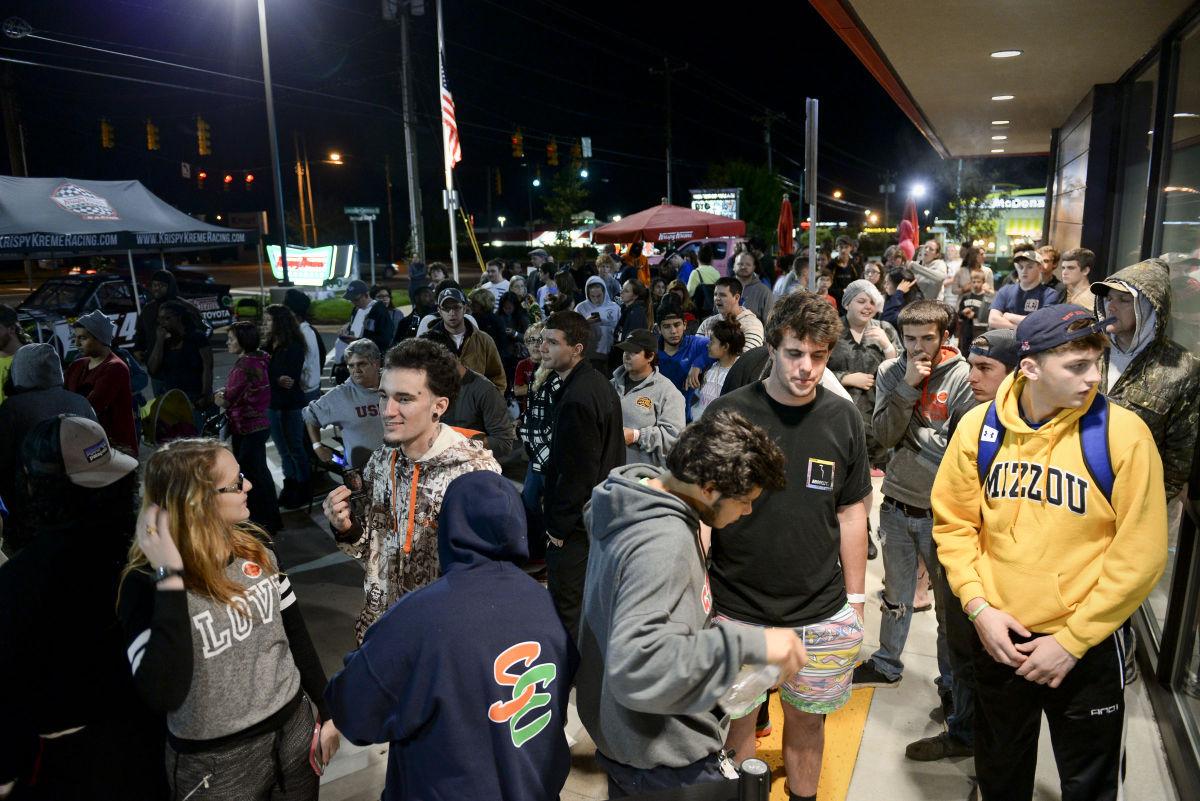 Doughnut lovers line up outside the new Krispy Kreme in Clemmons in hopes of winning free doughnuts. 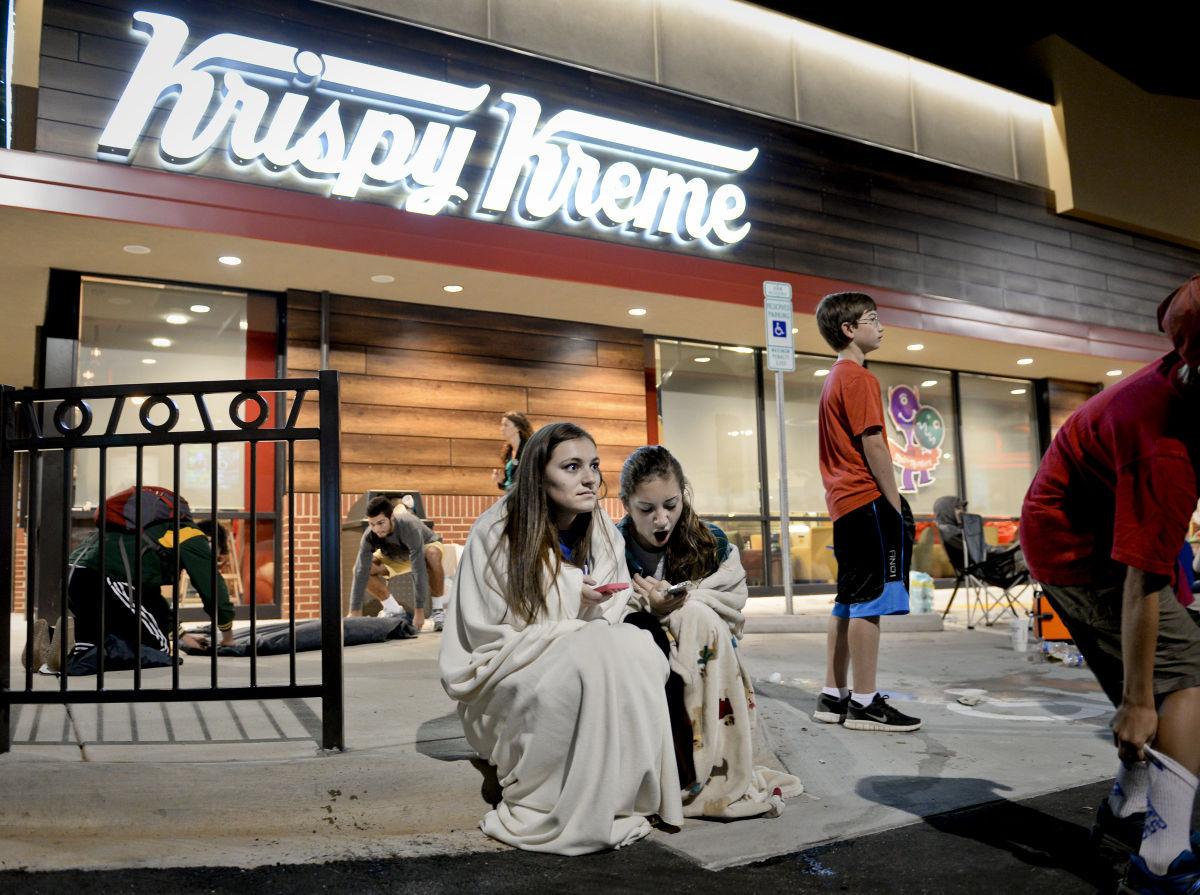 Katelyn Logan (left) and Emma Turner wrapped themselves in blankets as they waited for the new Krispy Kreme to open.

CLEMMONS — The lark of camping out and the carnival atmosphere that accompanies the opening of a Krispy Kreme store could hold the masses for only so long.

At some point, the people wanted their doughnuts.

At 6 a.m. Thursday, with a crescent moon and Venus still aglow in the dark sky, Jason Carter of Clemmons, the store’s first customer, had the honor of turning on the trademark “Hot Now” sign, heralding the opening of Krispy Kreme’s new store at 2442 Lewisville-Clemmons Road. It put a little pep in the step of 100 or so sleepy-eyed folks who waited in line for hours for free doughnuts.

The store, the first in western Forsyth County, is testing new concepts, emphasizing coffee by hiring baristas and adding a cozy sitting area with lounge chairs that encourages customers to sit for awhile, as they might at a coffeehouse.

But it was the doughnuts, not the store’s contemporary design, that prompted people to spend the night.

As it does each time it opens a store, the company gave away free doughnuts for a year to the first 100 people in line.

“It started as a double-dog dare,” said Carter, who set up camp at the store Monday evening. “Growing up in Winston-Salem, you have an affinity for the brand.”

Carter is a health care consultant who works from home. For much of this week, he conducted business on his iPad in a stadium chair parked by the store’s front door.

It seemed like a fun stunt to undertake with his wife, Bethany, and children, Emily, Drew and Adam, a emory-making story that he hopes will become part of family lore.

James is unabashed in his love for Krispy Kreme, developing a taste for them while playing for the Deacons.

“After practice, we used to go get doughnuts all the time, and we developed a relationship with (the company),” James said.

He and his friend Steve Donatell, a tight end for Wake Forest, got in line Wednesday evening.

“This is a special and important event,” James said, “and we treated it as such.”

At the official ribbon-cutting a few hours after the store opening, Mayor Nick Nelson called it a “sweet day” in Clemmons.

“We couldn’t be more happy to have Krispy Kreme in our community,” he said.

Tony Thompson, the chief executive of Krispy Kreme, noted the family atmosphere at the store’s opening, which included some singers from Southwest Elementary School and Bolt, the mascot for the Winston-Salem Dash minor-league baseball team.

“We’re global, but if not for local support, we wouldn’t be where we are today,” Thompson said.

Jacey Draughn of Clemmons didn’t spend the night but she swung by the store around 10 a.m. for the ribbon-cutting with her son, Leyton, 3.

Draughn said she’s glad she won’t have to travel to the store on Stratford Road.

“We wanted that ‘Hot Now’ light to come here,” she said.

People line up at the new Krispy Kreme in Clemmons hoping to be among the first 100 to win free doughnuts for a year.

Jason Carter and his daughter, Emily, are the first customers to enter the new Krispy Kreme, earning Carter a free dozen of doughnuts a week for a year.

Doughnut lovers line up outside the new Krispy Kreme in Clemmons in hopes of winning free doughnuts.

Katelyn Logan (left) and Emma Turner wrapped themselves in blankets as they waited for the new Krispy Kreme to open.