The Piedmont Opera recently recognized its volunteers during a celebration in the backyard of the Opera House. More than 40 volunteers attended.

During this event, the performing arts group honored a volunteer, Steve LaCosse, who has "gone above and beyond the call of duty."

LaCosse has directed many of Piedmont Opera's productions and traveled with one of its groups.

He donates his culinary skills to the Magnolia Ball, set for 6:30 to 11 p.m. May 22 this year at SECCA, 750 Marguerite Drive, Winston-Salem, and auctions himself off to cook an in-home meal.

He also comes to the Piedmont Opera office every day at noon to discuss opera on the newly created broadcast Opera Talk.

Judi Wallace was honored as well. Wallace has volunteered at Piedmont Opera for the past 37 years. She was recognized for her longevity and devotion to the company as she moves to Portland, Ore., in a few weeks.

In other news, the Piedmont Opera is planning a trip to Asheville and the Biltmore Estate Nov. 30-Dec. 1. For information, call 336-725-7101 or visit piedmontopera.org.

The survey prompted 1,700 responses. A key finding was a desire of audiences of all ages to return to in-person arts and cultural events as soon as vaccinations and immunity rise to a level high enough to substantially eliminate risk of infection.

When asked about preferred cultural experiences in the post-COVID era, respondents listed music, theater, festivals, film and visual arts, in that order.

Looking forward at its own strategic planning process, The Arts Council asked those surveyed what role they would like to see The Arts Council play in the community. The most commonly selected role for The Arts Council was that of arts advocate, but more than half of the respondents selected the other three roles – community asset, grantmaker and fundraiser – as well.

The survey results are presented with both narrative and extensive charts, and the survey is available in its entirety online at intothearts.org.

Nitro Circus will bring the high-flying You Got This tour for a show on Aug. 14 at Truist Field in Winston-Salem.

Nitro Circus’ roster of elite athletes, including champion BMX and scooter rider Ryan Williams as well as skilled professionals in freestyle motocross, skate and more, are expected brave the world’s largest jumps. The 45-foot Giganta ramp will launch athletes into the sky at 40 miles per hour while moto riders will send it 65-feet high. Nitro’s daredevils will also attempt the craziest stunts imaginable on new contraptions.

All tickets from Nitro Circus’ original 2020 Winston-Salem show will be honored on the new Aug. 14 date. Additional tickets are also on sale now and are available at NitroCircus.com.

The following Scouts, all members of Boy Scout Troop 916 of United Metropolitan Missionary Baptist Church, have received their Eagle Awards:

Also receiving his Eagle Award was Evan Andrews, son of Al Andrews and Lynne Fuller-Andrews, a member of Troop 910 of St. Paul’s Episcopal Church and a former member of Troop 916, transferring to Troop 910 at the age of 13. For his project, with the help of his mentor, Freddie Hall and several others, Andrews constructed and installed two little free libraries to provide children with easy access to literature. One library is located at the Winston Lake YMCA and the other is outside of the dental office of Dr. Mark Oliver located at 2621 New Walkertown Road in Winston-Salem.

The following N.C. A&T students recently were initiated into The Honor Society of Phi Kappa Phi, the nation's oldest and most selective collegiate honor society for all academic disciplines:

In addition to tuition, books and room and board, the Morehead-Cain funds four summers of travel and experiential learning. It also offers scholars Discovery Fund grants for additional educational experiences.

Nicholson, is the son of Dana and Mark Nicholson of Tobaccoville.

Quadland is the daughter of Clare and Marten Quadland of Winston-Salem.

Each scholar-athlete will be awarded a $1,000 scholarship to use toward the tuition at the college of their choice.

An additional top award, given in memory Rich Brenner, the former sports anchor with Fox8 TV, is presented to honor school and community service, and this year is given to John Jackson III of Atkins High School.

The scholarship recipients are chosen by their high schools in Alamance, Forsyth and Guilford counties for their excellence in the classroom, in the community and on the football field.

Is it possible to get too much protein?

Is it possible to get too much protein?

Watch Now: Should you post photos of your kids on social media?

Watch Now: Should you post photos of your kids on social media?

Dear Amy: I’m an old cowboy. My wife is from the country but not from a ranching background.

Miss Manners: Ignore 'no gifts' request, but don't bring it to the party

Dear Miss Manners: A former teacher of mine, a beloved figure in the community, is being given a surprise retirement party by his students, co…

Dear Amy: I am a successful woman in my early 30s.

Miss Manners: Responding to 'thank you for your service'

Dear Miss Manners: My husband is a Vietnam veteran who is retired from the Army. When we go out and he wears his “Vietnam Veteran” hat, people…

Feast and Field: Food Begins in the Field

Cooking with olive oil: 5 recipes from 2 of the South’s best chefs

Miss Manners: An elopement is not just a small wedding

Dear Miss Manners: Would you please define the verb “to elope” or the term “elopement”?

Ask Amy: Daughter wants needy mom to back off

Dear Amy: I am a 26-year-old married woman who is struggling to tell my mom to back off!

Dear Miss Manners: Over a century ago, when my grandmother had a heart attack, she collected her children and their spouses together and distr… 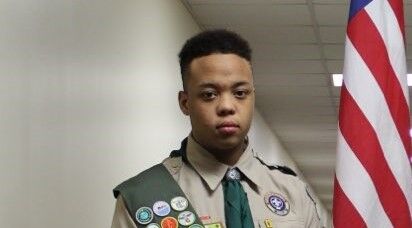 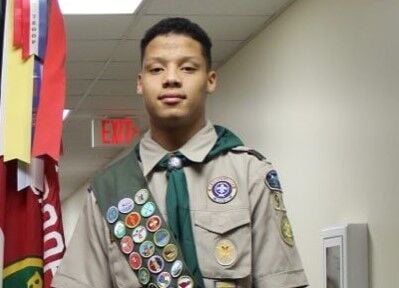 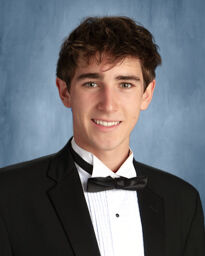 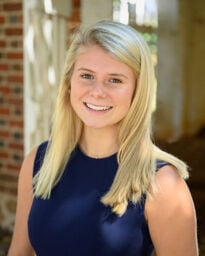