Wild-card weekend: Updates and scores from the NFL playoffs

What are the Jewish High Holy Days? A look at Rosh Hashanah, Yom Kippur and a month of celebrating renewal and moral responsibility
0 Comments
Share this
{{featured_button_text}} 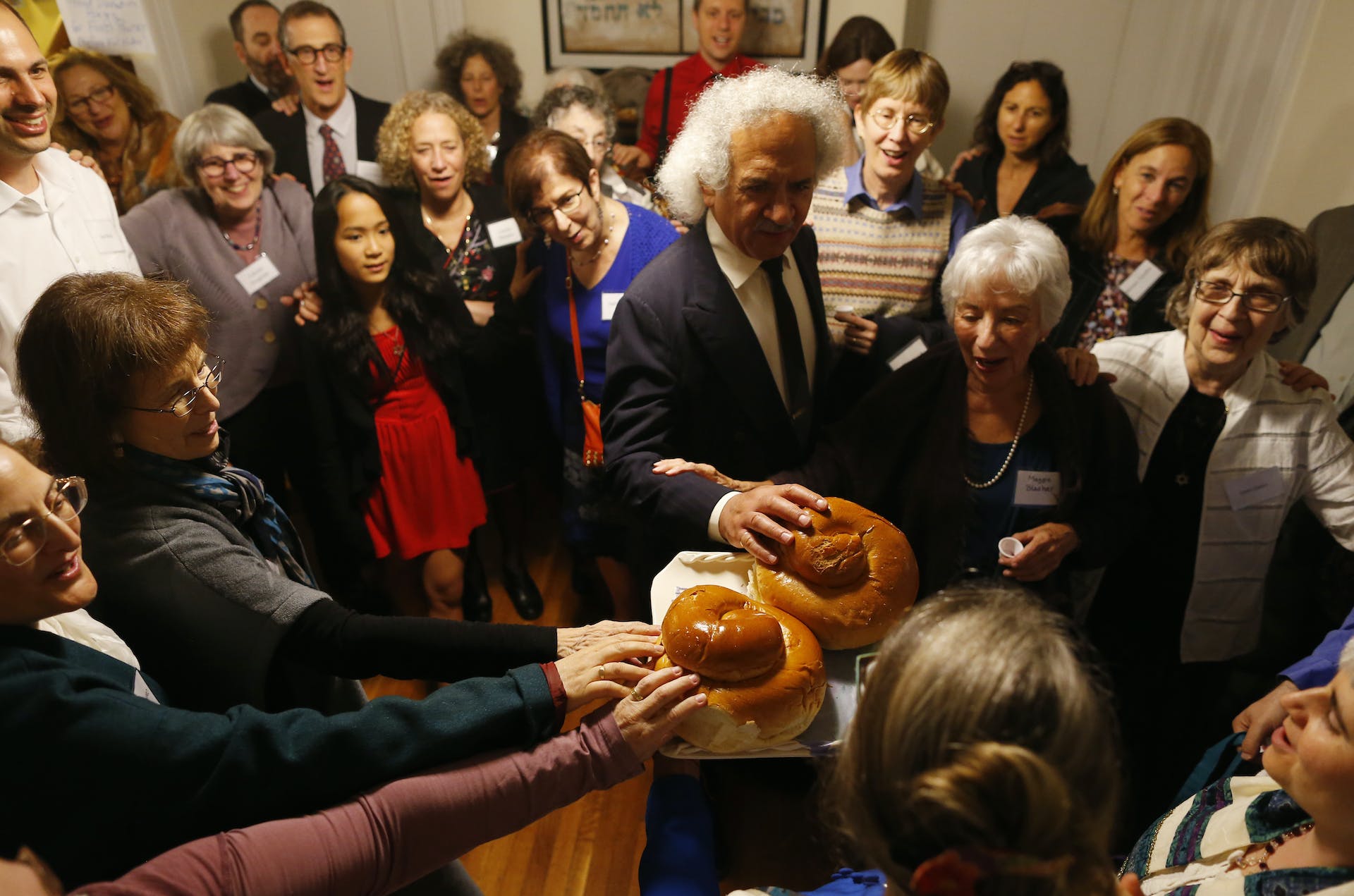 Over the next few weeks, members of the Jewish faith will observe the High Holy Days in the month of Tishrei in the Jewish calendar, usually in September and October. These holidays commemorate concepts such as renewal, forgiveness, freedom and joy.

As a scholar of the Bible and the ancient world, I am continually impressed with how the history of these festivals offers consolation and encourages people toward living well, even during a pandemic.

What are the High Holy Days?

Of the two main High Holy Days, also called the High Holidays, the first is Rosh Hashanah, or the New Year celebration. It is one of two new year celebrations in the Jewish faith, the other being Passover in the spring.

The second High Holiday is Yom Kippur, or the Day of Atonement.

In addition to the main Holy Days, there are other celebrations that occur as part of the festival season. One is Sukkot, or the Festival of the Booths, during which meals and rituals take place in a “sukkah,” or a makeshift structure constructed with a tree-branch roof.

The second entails two celebrations, which in some traditions are part of the same holiday and in others occur on two separate, consecutive days: Shemini Atzeret and Simchat Torah.

Shemini Atzeret is Hebrew for “eighth (day of) assembly,” counting eight days from Sukkot. Simchat Torah is Hebrew for “joy/rejoicing of the Torah” – the Torah being the first five books of the Bible, from Genesis to Deuteronomy, believed to have been revealed to Moses.

Of particular interest for the High Holy Days in 2021 is that Rosh Hashanah also begins a yearlong observance known as the “Shmita.”

Commemorated once every seven years, the term comes from a Hebrew phrase that appears in the Bible in a number of passages. Some of these passages command that the farmer “drops” or “releases” his crops. Another verse associates the act with the forgiveness of debts. In another passage in the Bible, the Shmita is connected with the reading of God’s revelation in the law.

The exact nature of the action denoted by Shmita is debated, but the idea is that some portion of the food is left behind for the poor and hungry in society.

In this manner, the beginning of the High Holy Days in 2021 is a reminder to care for those who have been struggling.

Why celebrate these festivals?

The origins and reasons for the High Holy Days are in some fashion encoded in the Bible and in the agrarian and religious culture that produced it. The millennia of Jewish tradition between the Bible and the present has informed many of the celebrations as well, in ways that go beyond the biblical texts.

The first holiday, Rosh Hashanah, celebrates renewal. It involves the blowing of the shofar horn, itself connected to the ram sacrificed instead of Abraham’s son, as God had commanded Abraham to do. Important activities include attending synagogue to hear the shofar, as well as eating apple slices with honey, the former representing hopes for fruitfulness and the honey symbolizing the desire for a sweet year. 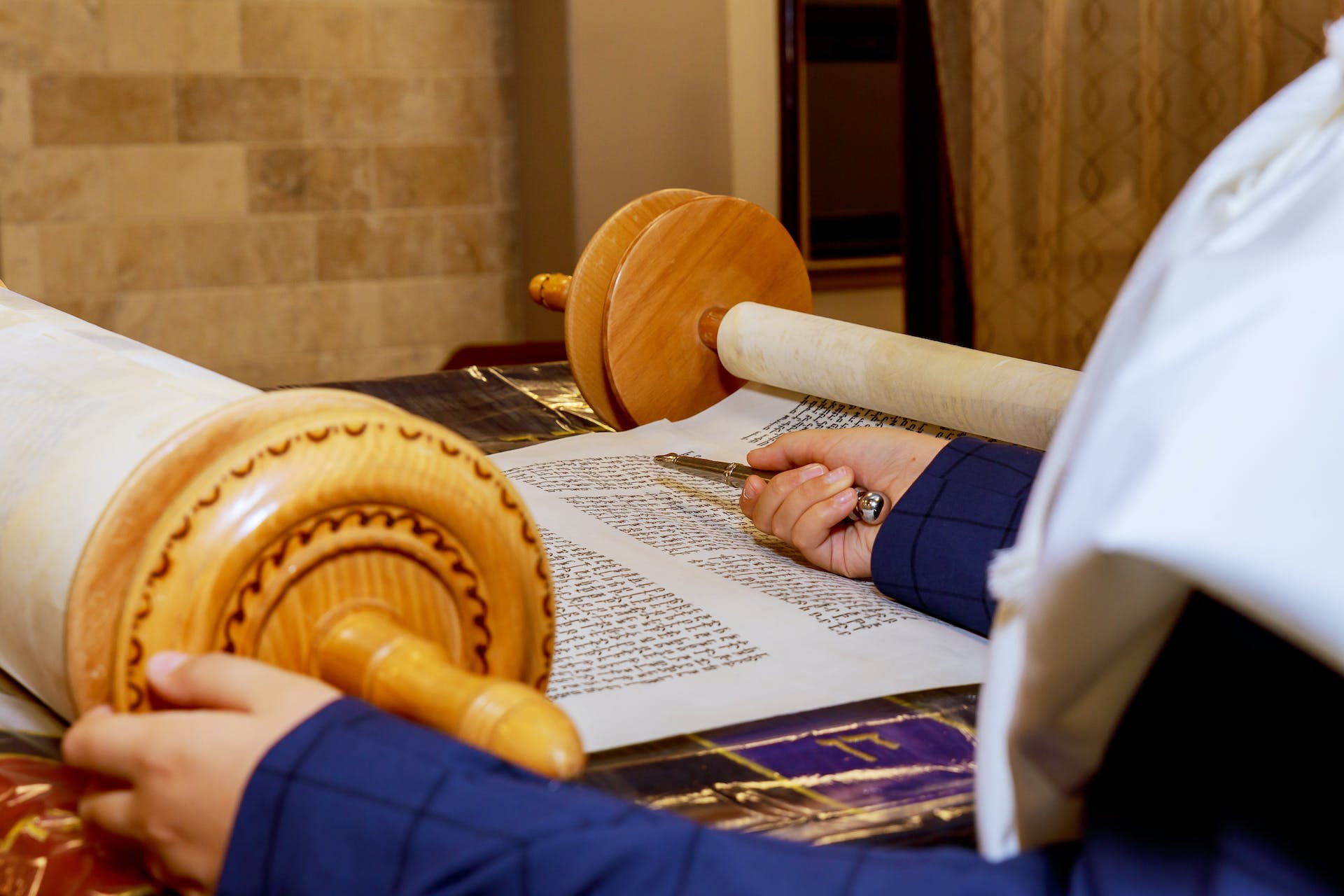 Origins of the High Holidays are encoded in the biblical texts. Valentyn Semenov / EyeEm via Getty images

It also often involves a ritual of throwing bread onto running water, called a tashlich, symbolizing the removal of sins from people.

Rosh Hashanah is believed to mark the date of the creation of the world, and it begins the “Days of Awe,” a 10-day period culminating in Yom Kippur.

The term “Days of Awe” itself is a more literal translation of the Hebrew phrasing used for the High Holy Days.

Concepts of repentance and forgiveness are particularly highlighted in Yom Kippur. Its origins are found in the Hebrew Bible, where it describes the one day a year in which premeditated, intentional sins, such as willfully violating divine commands and prohibitions, were forgiven.

Intentional sins were envisioned as generating impurity in the heart of the temple in Jerusalem, where God was thought to live. Impurity from intentional sins was believed by Israelites to be a threat to this divine presence since God might choose to leave the temple.

The biblical description of Yom Kippur involved a series of sacrifices and rituals designed to remove sin from the people. For example, one goat was thought to bear the sins of the Israelites and was sent off to the wilderness, where it was consumed by Azazel, a mysterious, perhaps demonic force. Azazel consumed the goat and the sins that it carried. The term “scapegoat” in English derives from this act.

Yom Kippur is both the holiest day of the Jewish calendar and also one of the most somber, as the time for repentance includes fasting and prayer.

The Festival of Sukkot likely began as an agricultural celebration, and the booths were shelters in which farmers stayed during the collection of grain, which was to be processed for the year.

Vestiges of this agricultural commemoration appear in certain passages in the Bible, one of which indicates that the festival is to last seven days to mark the time period in which Israelites dwelt in booths, or makeshift dwellings with branches, when leaving Egypt.

This feast was known as zeman simchatenu, or “the time of our rejoicing,” hearkening to the themes of gratitude, freedom from Egypt and the reading of God’s revelation as found in the Torah to all Israel.

Such a time of rejoicing contrasts with the somber repentance and fasting that feature in Yom Kippur. So vital was the Festival of Booths that it is also known as simply “the chag,” or “the feast,” a word related to the more familiar hajj pilgrimage in Islam.

This period of seven days ends with Shemini Atzeret on the eighth day, both a connected celebration capping off Sukkot and a festival in its own right.

The observance of Simchat Torah was a later innovation, described already in the fifth century or so but not formalized or identified by this name until the medieval period.

Why do they matter?

Religious calendars and festivals can force people to encounter certain ideas in the year. For example, they can enable them to face the more difficult dynamics of life like repentance and forgiveness, providing avenues to reflect on the events of the past year and to find courage to live differently in the next year where needed.

In this manner, structuring the celebration of the new year around remembrances of a variety of human experiences, both sorrow and joy, entails a profound recognition of the complexity of relationships and experiences in life.

In particular, the High Holy Days – as illustrated in the renewal of Rosh Hashanah, the somber reflection of Yom Kippur – as well as the joyous celebrations in Sukkot and Simchat Torah, offer a means to remember that time is itself healing and restorative.

As such, the High Holy Days and the holiday season in Tishrei help to mark the year in meaningful ways and to highlight our moral responsibility toward one another.

Get the best of The Conversation, every weekend. Sign up for our weekly newsletter.

Samuel L. Boyd does not work for, consult, own shares in or receive funding from any company or organization that would benefit from this article, and has disclosed no relevant affiliations beyond their academic appointment.