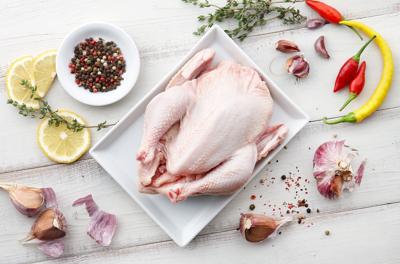 Of all the animal proteins in the world, few can top the popularity of chicken. From Japan’s chicken yakitori and Korean fried chicken, to fiery jerk chicken from Jamaica and chicken pot pie closer to home, this bird has earned more frequent-traveler miles than you can shake a drumstick at.

Here in the U.S., chicken consumption per capita has increased nearly every year since the mid 1960s, while red meat consumption has steadily declined.

Versatility, no doubt, has played a role in chicken’s crowd-pleasing status, not only in the range of different recipes in which it can be found but also in the abundance of cooking techniques the meat easily adapts to. Need proof? Check out these four recipes from Cooks Venture.

An easy dish that will last a few meals — perfect for staying in.

A double-dredge technique paired with a buttermilk dip guarantees perfection in this classic dish.

Issue No. 46: Heritage chicken in Arkansas

What's the pecking order of poultry? Chicken is one of the most consumed meats in the U.S., but how much do you really know about it?

Why you should try pepper on desserts