Two charged with murder in death of Winston-Salem woman 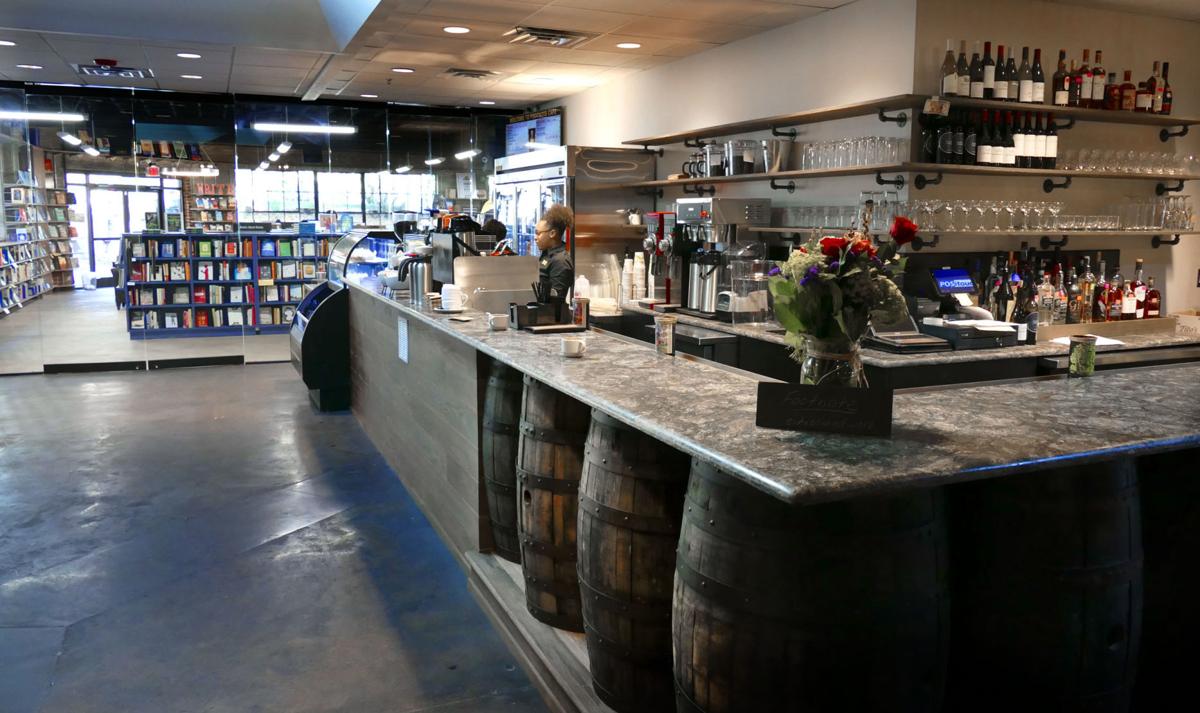 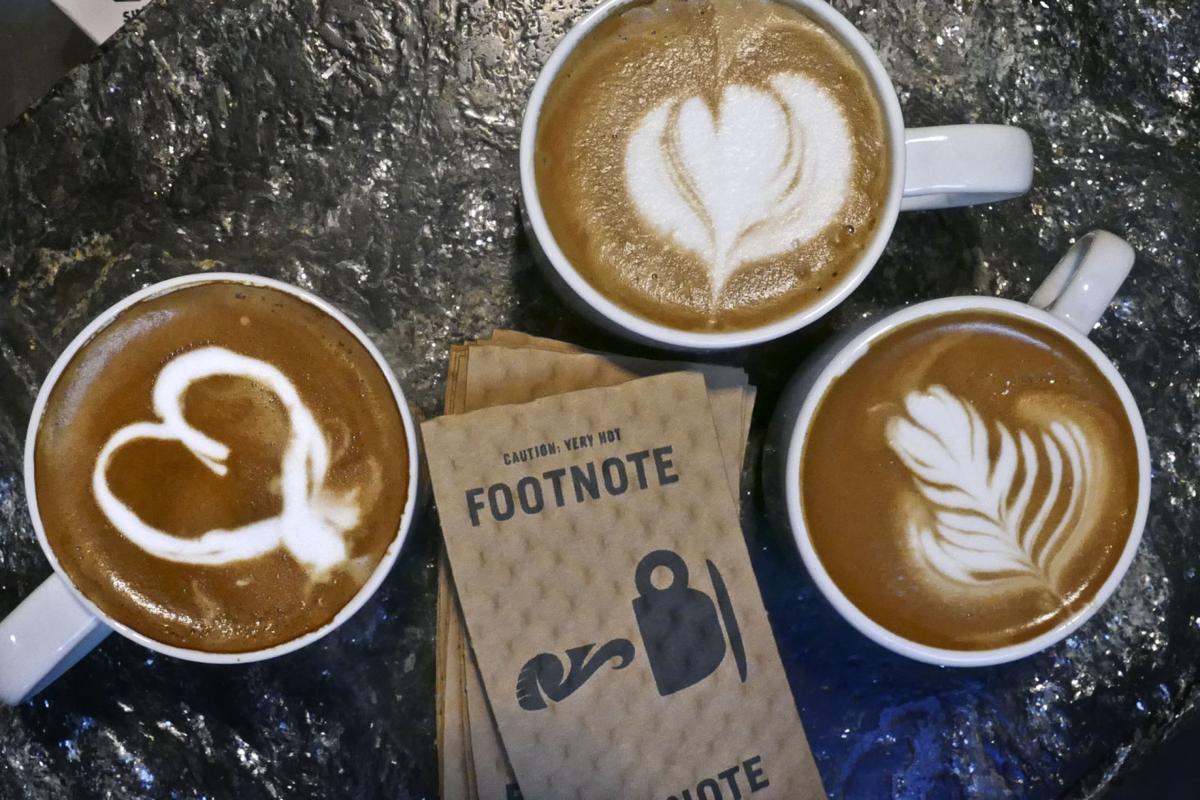 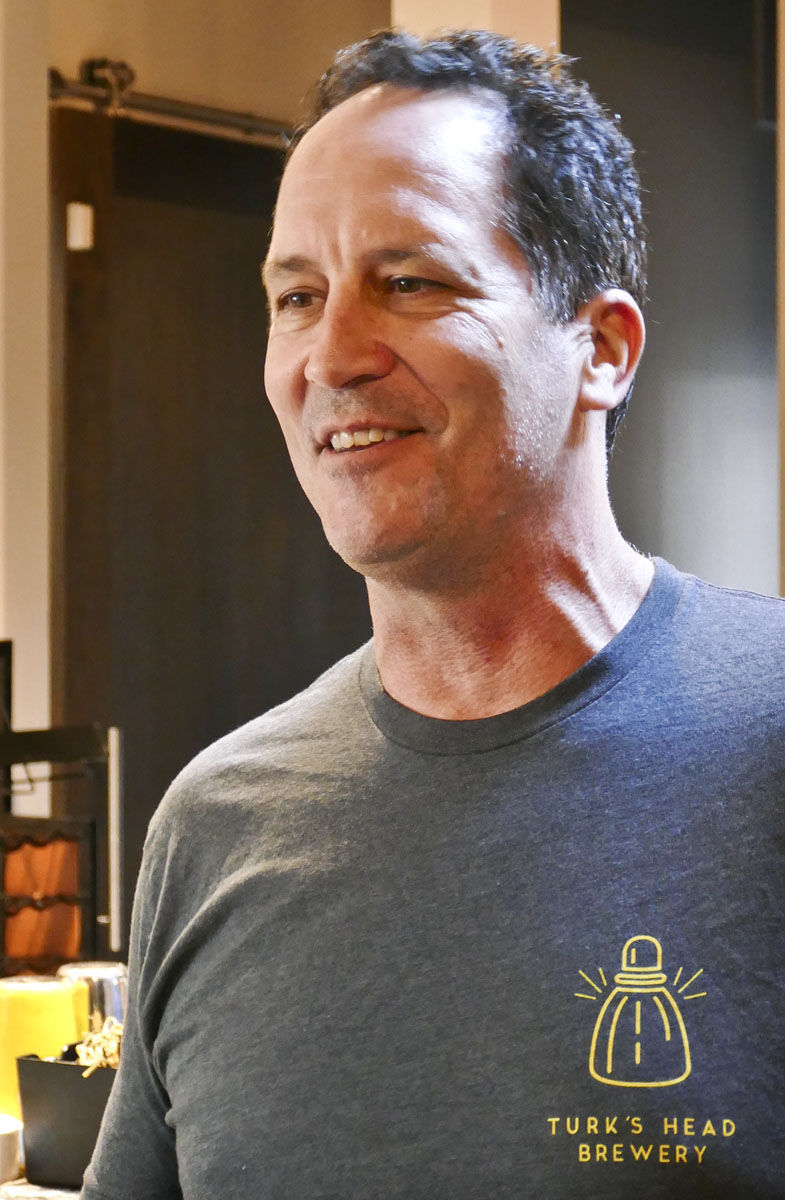 Ray Goodrich, who is in charge of marketing and communications for Foothills Brewing, was at the new Footnote cafe next door to the downtown restaurant and brewery, Tuesday, February 20, 2018. 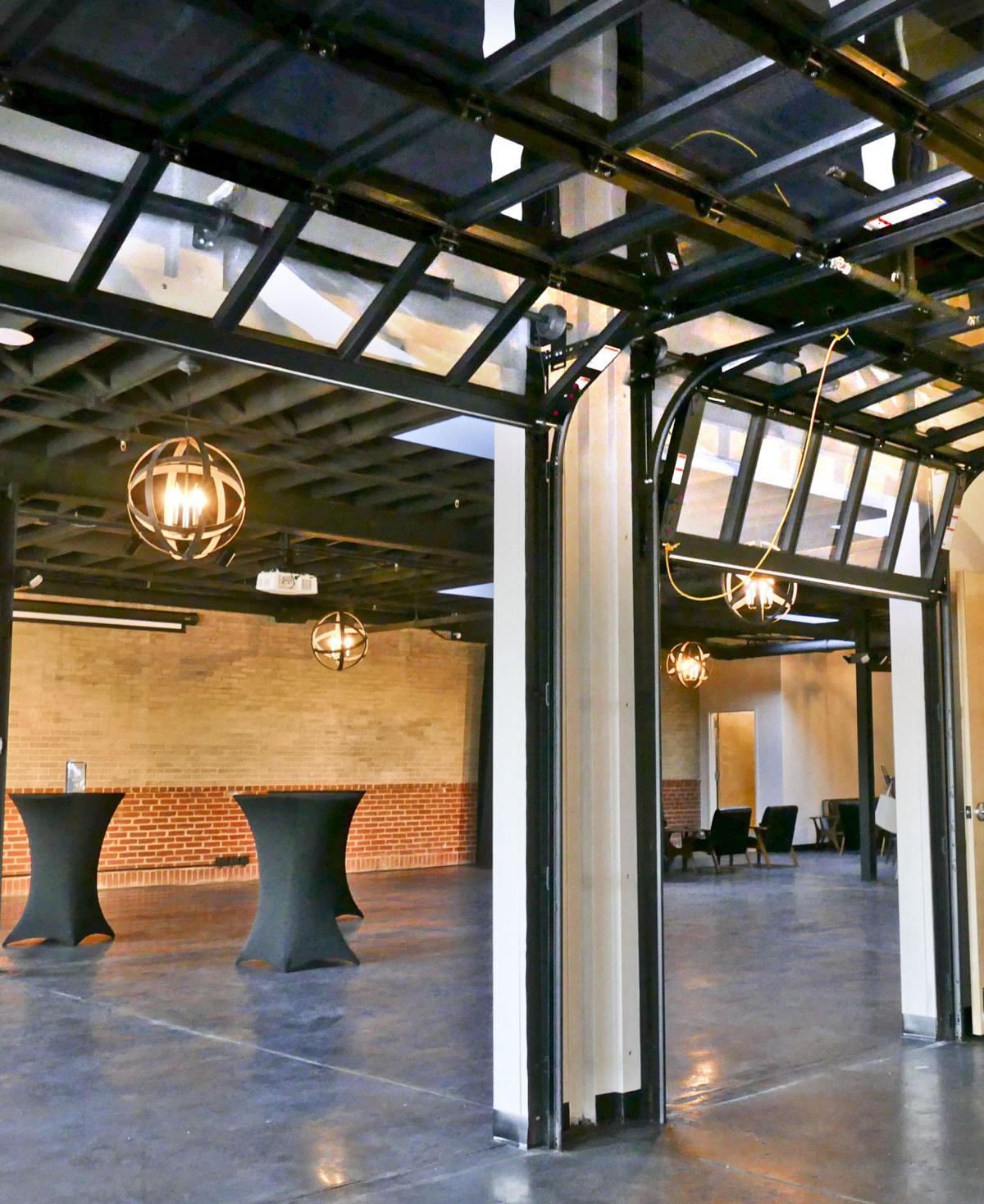 The cafe has pull-down “garage doors” to separate meeting spaces, a nod to the building’s former life as an auto garage. 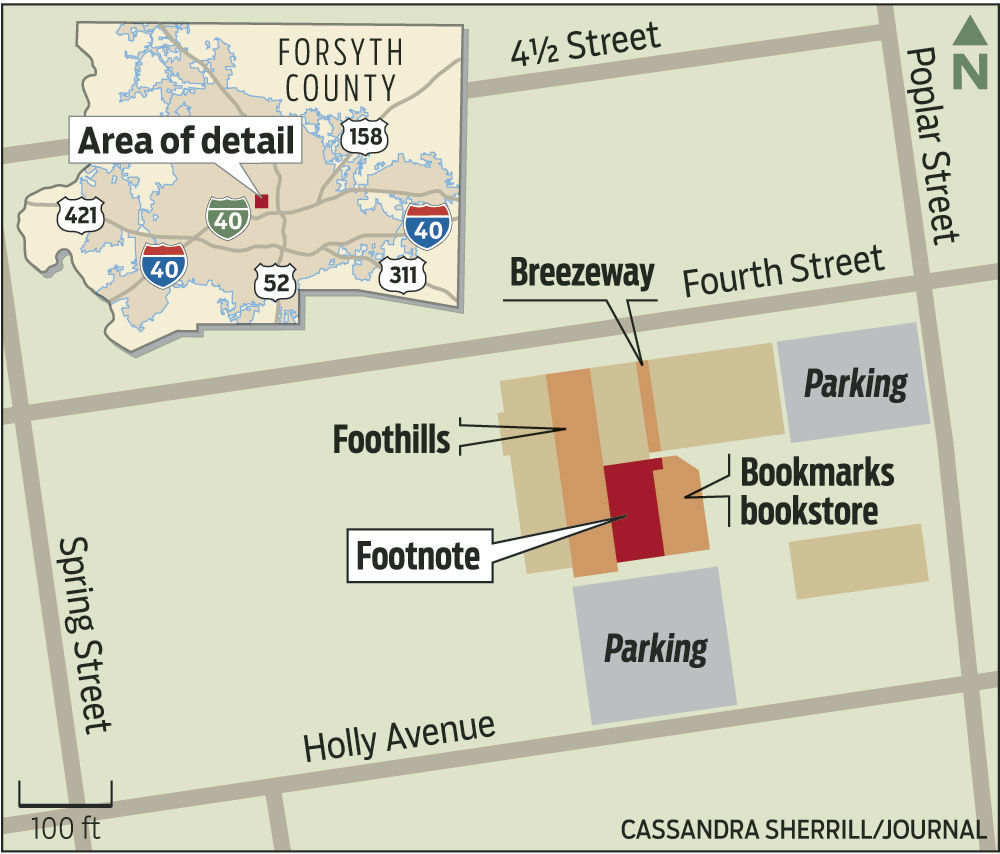 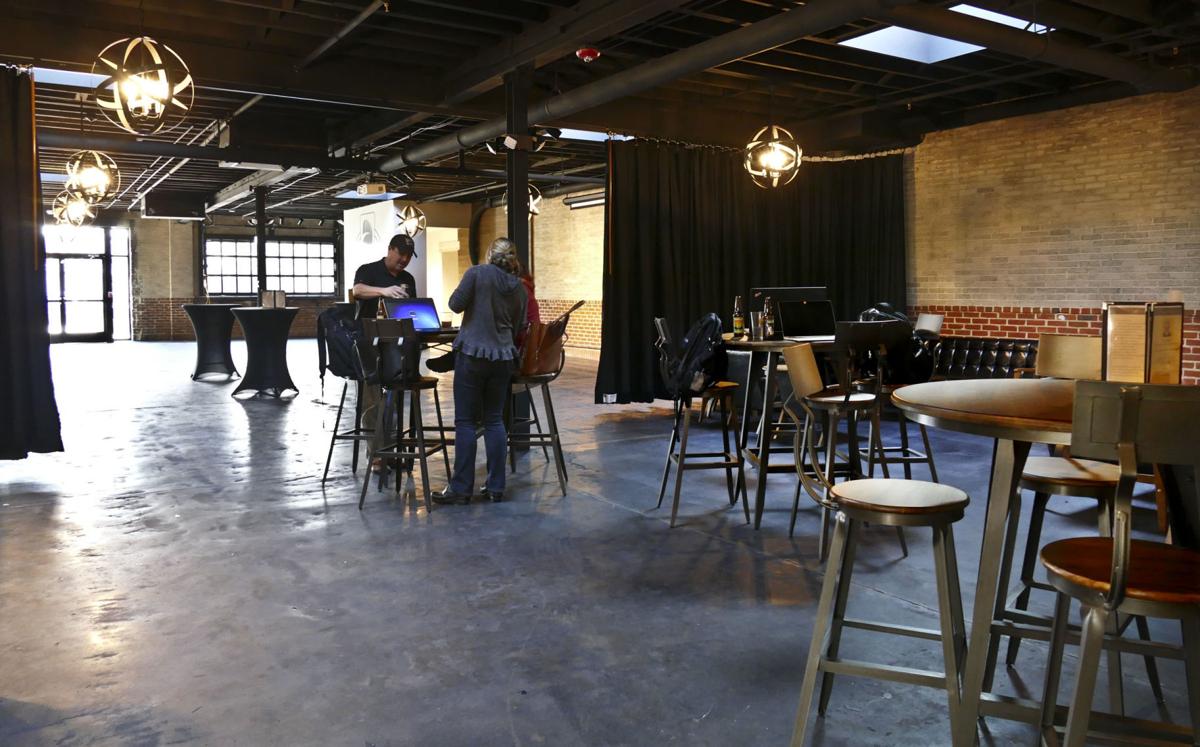 The new cafe can accommodate up to 250 people for parties and events.

Footnote is at 634 West Fourth St., Suite 120. As the name suggests, it is located between Foothills Brewing’s pub and Bookmarks bookstore in the Nash Building, accessible through a breezeway between Foothills’ pub and the Domino’s Pizza store.

“This was a garage — an automobile repair shop — for 25 years,” said Ray Goodrich, who is in charge of marketing for Foothills.

The concept for Footnote emerged out of talks between Foothills and Bookmarks as Bookmarks prepared to open its bookstore last year to support its annual Festival of Books and Authors.

Ginger Hendricks, Bookmarks’ executive director, said she is excited to have a space that will help support Bookmarks.

“Foothills Brewing has a history of supporting local nonprofits,” Hendricks said. “Bookmarks is proud to continue working with them. We love the coffee smell that Footnote brings to our home each morning.”

A glass door allows easy access between the two spaces, and that door is part of a glass wall that allows Bookmarks customers to see into Footnote and vice versa.

Footnote is a multiuse space. It offers a full-range of coffee drinks and other beverages, as well as muffins, sandwiches and a few other items prepared in Foothills’ kitchen next door.

The large L-shaped bar is made of Brazilian granite. It is supported underneath by recycled bourbon barrels that were previously used to make the popular, limited-release Sexual Chocolate and other Foothills beers.

As part of the opening of Footnote, Foothills has entered the coffee-roasting business. Foothills President Jamie Bartholomaus will be in charge of the roasting, which is currently being done at the brewery and tasting room at 3800 Kimwell Drive.

“Coffee is a passion for Jamie and I,” said Sarah Bartholomaus, Foothills’ chief operating officer and Jamie’s wife. “We’ve been roasting at home for 13 years.”

Eventually, the coffee roaster will be moved downtown to a designated space in Footnote.

Footnote also sells Foothills beer and a selection of wines and liquors, including a few exclusive signature cocktails.

The 4,500-square-foot space will be rented out for meetings and other events.

“We will have our first wedding here Saturday,” Goodrich said.

Bookmarks also will use the space for book signings and other events, especially during its book festival in September, Hendricks said.

The space can accommodate events for up to 250 people. Foothills is making plans to enlarge the kitchen in the pub to facilitate more catering jobs, which will be done under the pub’s chef, Shane Moore.

“With the catering here, I think this is something the community needs,” Bartholomaus said. “And we’re excited to help expand downtown.”

Watch Now: How to deal with constant anger

TikTok says it now has over 1 billion monthly active users

TikTok says it now has over 1 billion monthly active users

Ray Goodrich, who is in charge of marketing and communications for Foothills Brewing, was at the new Footnote cafe next door to the downtown restaurant and brewery, Tuesday, February 20, 2018.

The cafe has pull-down “garage doors” to separate meeting spaces, a nod to the building’s former life as an auto garage.

The new cafe can accommodate up to 250 people for parties and events.