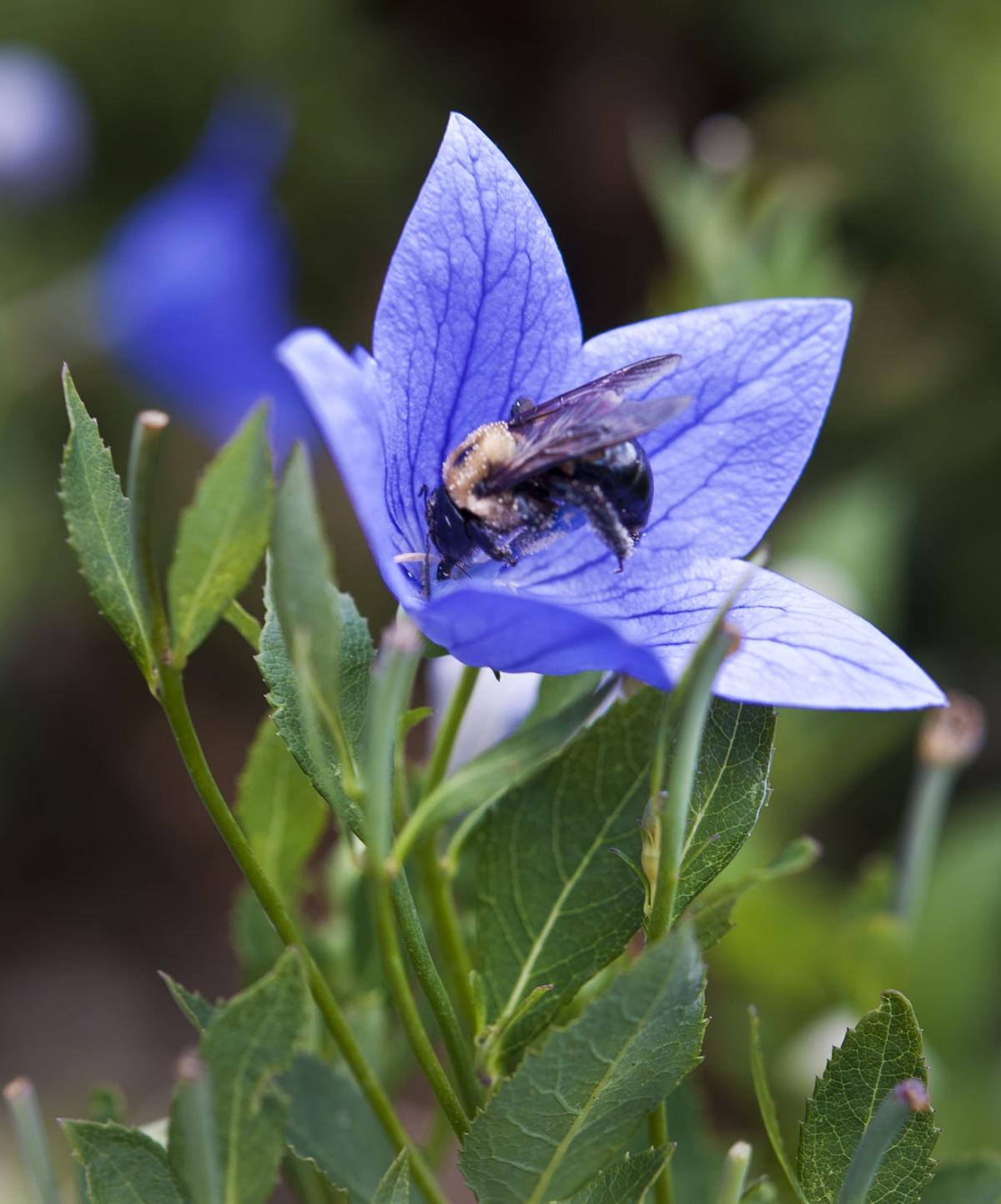 A bee gathers nectar from a balloon flower (Platycodon grandiflorus) 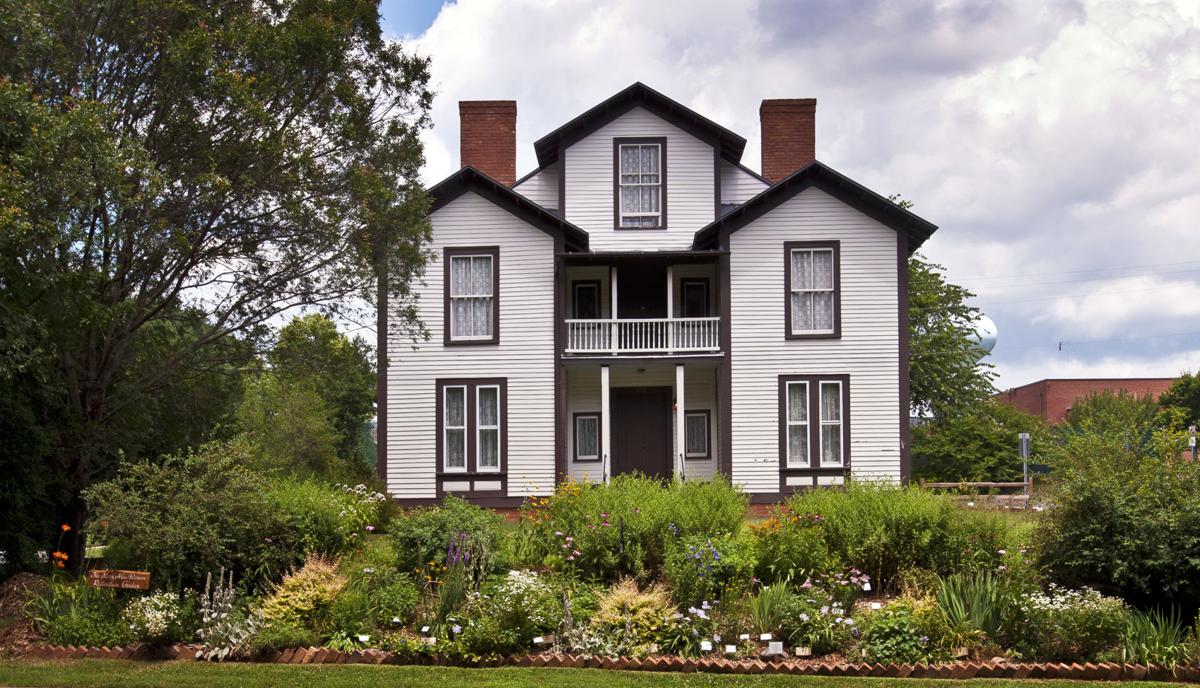 The Mary Alice Warren Restoration Garden is built on the slope in front of the Historic Nissen House in Lewisville. All of the plants in the garden are varieties from the era of the house, which dates to about 1876. 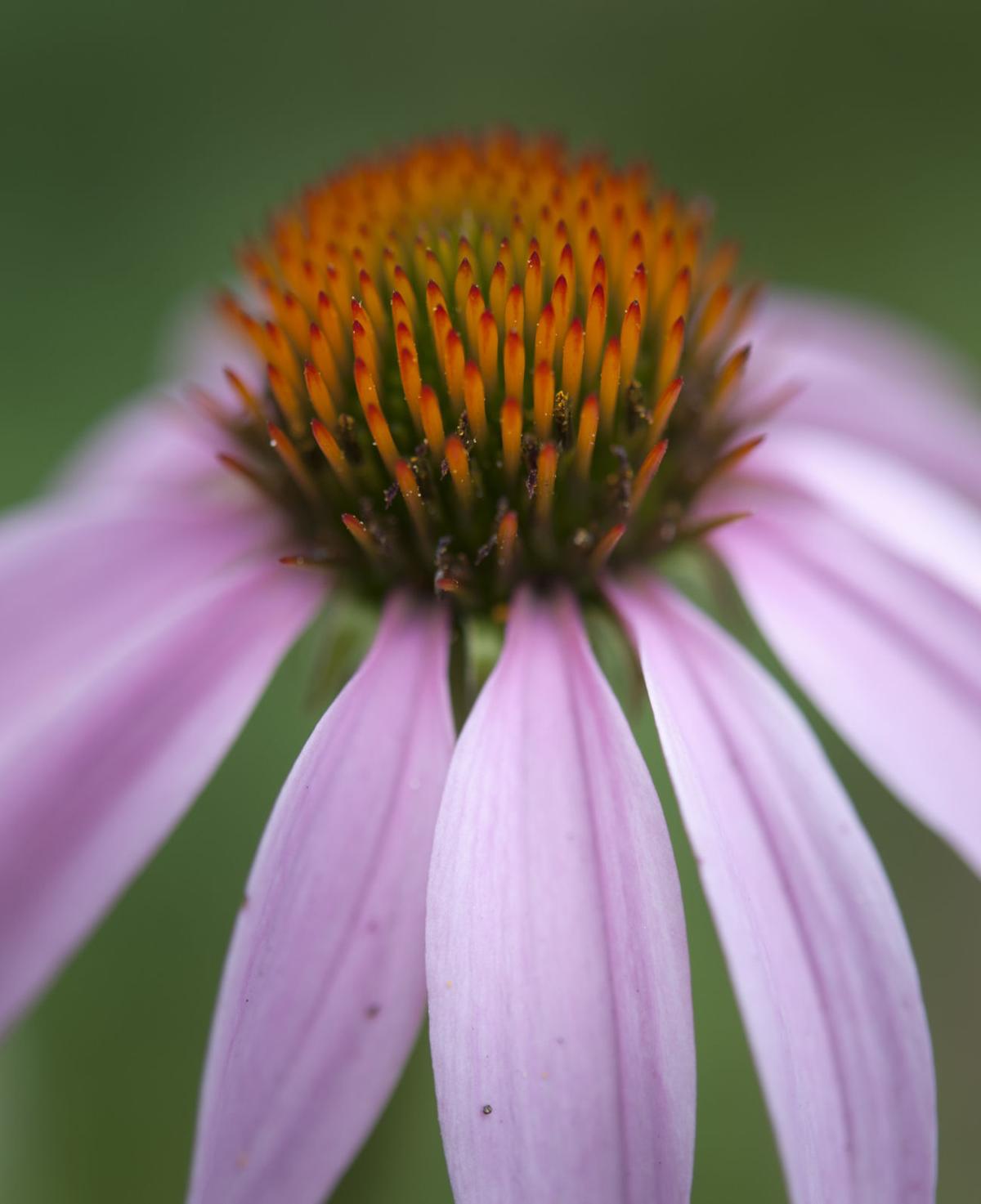 A bee gathers nectar from a balloon flower (Platycodon grandiflorus)

The Mary Alice Warren Restoration Garden is built on the slope in front of the Historic Nissen House in Lewisville. All of the plants in the garden are varieties from the era of the house, which dates to about 1876.

There are large and small gardens all around us, many of which blend seamlessly into our cities and neighborhoods. These gardens appear in our periphery as an airbrushed stroke on the landscape, beautiful patches of earth that we appreciate but don’t fully absorb. But if we take the time to examine the details, sometimes we find there is a rich story within these gardens.

The restoration garden at Lewisville’s historic Nissen House is one such garden. Tucked off the main thoroughfare of Shallowford Road, this garden provides a sweep of color and texture for those who pass by or visit the historic house. Carefully planned, the garden is a historically accurate representation of what a North Carolina Piedmont garden would have looked like almost 150 years ago.

The Historic Nissen House dates back to 1876, and was the home of the George Elias Nissen family. The Nissen family ran the Nissen Wagon Company in Winston-Salem until 1925. In 2009, the house was saved from demolition by the Lewisville Historical Society (LHS) and was moved a block away to its present location. The Town of Lewisville donated the land for the Nissen House’s new location, which sits directly behind the town hall on Arrow Leaf Drive.

The house held a great deal of historical significance for Lewisville, which tied together the livelihood of the Nissens with the geographical importance of the Great Philadelphia Wagon Road. Saving the Nissen House was a high priority for the LHS.

Before the house itself could be restored, grading and drainage work took precedence on the land, which raised the elevation of the property. In the fall of 2014 this critical infrastructure was amended, the work began on the garden in the spring of 2015.

“When we moved the house here, this (property) was planned as a storm water drain,” Linker said. “What we had to do was re-pipe and we raised the elevation five feet. That’s the reason we have this sloped garden today. As soon as the slope was created, my garden brain started working.”

The Nissen House Restoration Garden was planted with an 1876 timeline in mind. Linker and other Nissen House steering committee members Merrikay Brown, Mary Gaines, Margaret Lee, Mary Alice Warren and Darla Johnson wanted to recreate the Nissen garden that may have existed almost 150 years ago. They had five driving ideas for the restoration garden — beautification, education, the use of native plants, continual seasonal color, and stimulate interest in the Historic Nissen House.

Along with the help of two Old Salem horticulturists, they carefully planned the layout, design and the meticulously-sourced plant material to reflect the period in which the Nissen house was built. Linker also relied heavily upon the book ‘Restoring American Gardens,’ which helped date most of the plant selections.

“We had been getting help from Old Salem,” Linker said. “Vonnie Hannah — who is no longer with them — and Ellen McCullough really helped with planning. We’d been looking at plants that they had at the Old Salem garden shop. You could buy plants there that you were sure had been cultivated in the United States in 1850.”

“So what we tried to do was plan plants that either corresponded to the date that we think the house was built or earlier, in order to give people an idea of what kind of plants would have been growing in this area during the period of this house.”

‘Restoring American Gardens’ provided Linker with origin dates for each plant, which is noted on the markers throughout the garden.

“Each one of these signs tries to show approximately when these were introduced to the Americas,” Linker said. “Some of these dates are so early that the United States had not even been organized.”

Pockets of planting surround the Nissen house, but the brunt of the garden lies on the slope of the front yard. The bones of this garden are a direct reflection of the symmetry present in the house itself.

“Part of the architecture of the house is Greek revival, and the emphasis on Greek revival is symmetry,” Linker said. “So what we did when we planted this garden was try to respect that as much as we could.”

‘Vanhouttei’ spiraea frame the top of the slope, and are under-planted downward with a diverse mixture of perennials, small shrubs and bulbs. False indigo, candytuft, daylilies, Sheffield chrysanthemum, Joe Pye weed, yarrow, echinacea and feverfew are only a few of the many selections. Because many of the plants are native, they attract a trove of pollinators.

Linker admits that there are a couple of plants that don’t exactly fall into the historical context of the Nissen house. However, these plants are still relevant choices, as they bridge the gap between history and modern cultivars.

“I have fudged on only two things. One is the abelia, which is a later cultivar of the early one. The other is this variety of Stoke’s aster ‘Peachie’s Pick.’ That is a more recent cultivar of the old variety.”

The Lewisville Historical Society has fully restored of the first floor of the Nissen House, and the grounds and gardens are beginning to mature. One of their goals is to rent the house and gardens for meeting space.

“The historical society is hoping to use this for rental space for meetings, educational presentations, catering meals,” Linker said. “We’re hoping the community is going to embrace the whole idea.”

The Historic Nissen House is at 213 Arrow Leaf Drive in Lewisville. For more information about visiting the house or the restoration garden, call 336-946-6504.

Amy Dixon is an assistant horticulturist at Reynolda Gardens of Wake Forest University. Gardening questions or story ideas can be sent to her at www.facebook.com/WSJAmyDixon or news@wsjournal.com, with “gardening” in the subject line. Or write to Amy Dixon in care of Features, Winston-Salem Journal, 418 N. Marshall St., Winston-Salem, NC 27101

The one thing you can do for optimal brain health

Thousands line up before sunrise at Texas food bank

Thousands line up before sunrise at Texas food bank