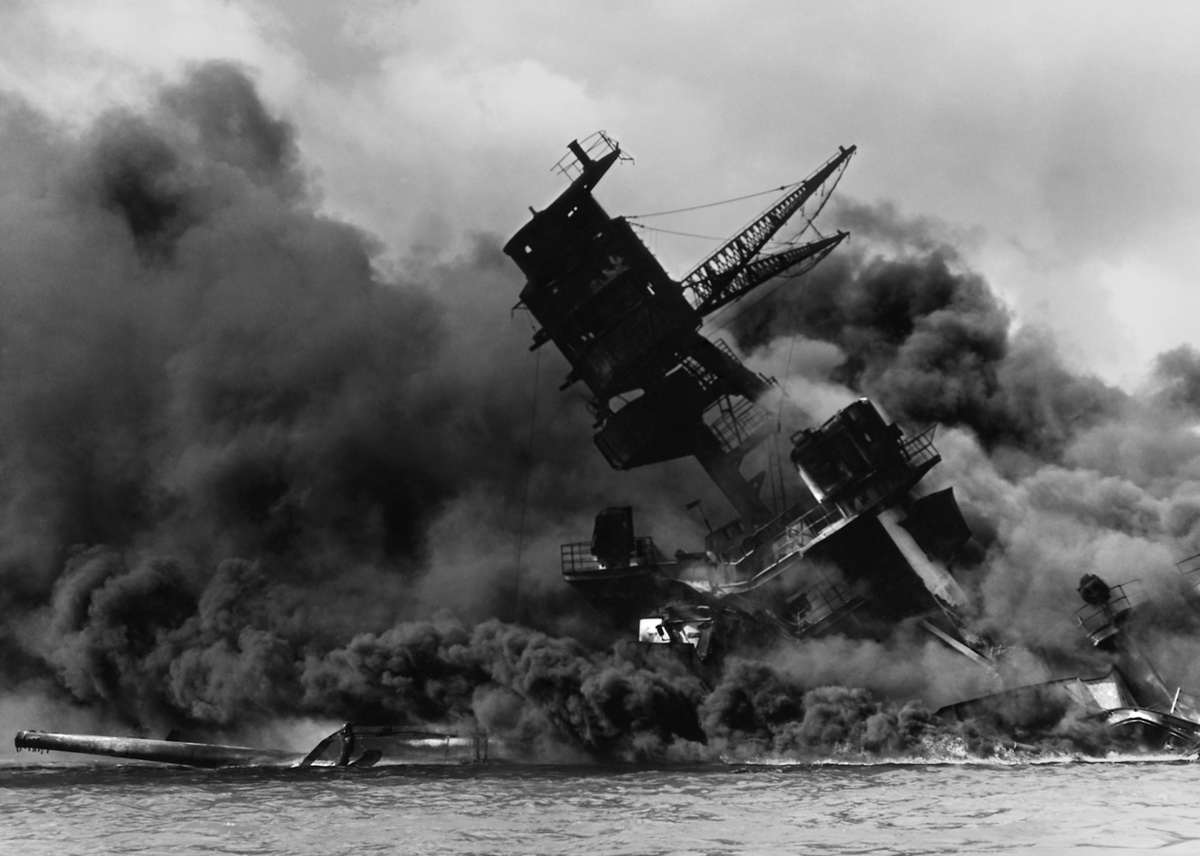 The Imperial Japanese Navy launched an unprovoked surprise attack on the U.S. fleet at Pearl Harbor on Dec. 7 in 1941, killing more than 2,400 Americans and wounding 1,000. About 20 naval vessels including eight battleships and more than 300 planes were destroyed or damaged in the attack, and the U.S. declared war on Japan the next day. America was further thrust into World War II when Germany and Italy declared war against the U.S. this year. 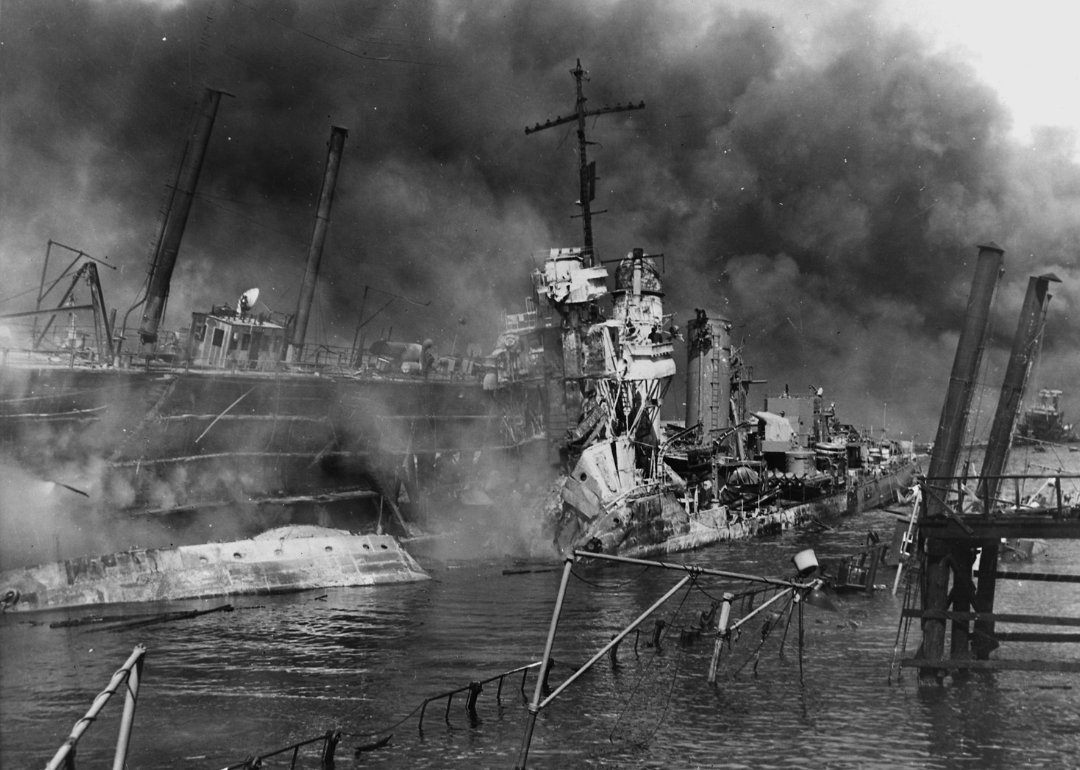 Monday is the 79th anniversary of the attack by the Imperial Japanese Navy against the U.S. Navy Pacific Fleet at Pearl Harbor, Hawaii. The attack killed more than 2,400 military personnel and civilians.

The morning was beautiful, with warm temperatures, and partly cloudy skies, according to visitperalharbor.org. The attack started at 7:55 a.m. Hawaiian standard time, 12:55 p.m. eastern standard time. The majority of the American fighter planes were quickly destroyed. By 10:30 a.m. the attack was over.

Back here, people were getting home from church, having celebrated the second Sunday in Advent. Many were having lunch and then getting ready for the 10th annual performance of Handel’s “The Messiah” at Centenary Methodist Church set for 4 p.m. It was then, as now, sponsored by the Mozart Club.

Word started trickling through during the afternoon.

A Washington Post story on Dec. 6, 2011, about the 70th anniversary of the attack, said that during the Washington-Philadelphia football game that was played that afternoon, the crowd of more than 27,000 was not told of the attack. But many military officers and dignitaries were told over the PA system to report to their headquarters or offices.

In Winston-Salem, according to the Winston-Salem Journal, “The Messiah” went on as scheduled. More than 2,300 people attended the performance. Many people were turned away because of lack of space. Others listened to it on the radio.

On Monday, as more news was coming in about the attack, the Associated Press reported that the Greensboro naval recruiting center was planning for a lot of men between 17 and 30 volunteering. “The office would open at 8 a.m. and continue to take applicants until up in the night, if necessary.”

The Journal ran the first causality lists from the AP starting on Monday. As the day went on people came by the Journal offices either to tell reporters about family members in the military in the Pearl Harbor area, or see if anything might have come about relatives in Asia.

Anna Turner, a Salem College student, came by the office to watch the news teletypes. Her parents were either in Shanghai or on a ship bound for the U.S. They had notified her in late November that  they were headed back to the states, but Turner had not heard from them since.

In any news event such as the attack, a reaction of local people to find out how they feel is sometimes reported. On Monday after the attack, Journal reporter Harvey Dinkins talked to people around town. He talked with more than 20 local residents. One of the people he talked with was C.C. Weaver, the superintendent of the Winston-Salem District of the Methodist Church. Weaver had been out of town and found out when Dinkins called him.

“When apprised of developments and asked for his reactions he hesitated, as if waiting to weight the significance of the news. ‘I’m sorry,' he said, 'profoundly sorry … I don’t know how I could better express my feelings ... .”

Dinkins reported, “Winston-Salem people were united on one point at least: ‘We’re in a jam; we’re all in the same boat; It’s pull together or take the consequences.’”

Ask SAM: Where was the Playboy magazine shoot in Buena Vista?

Although there have been several Playboy photoshoots in Winston-Salem for the magazine’s “Girls of the ACC” edition, this photoshoot was for a…

Can HOAs cancel trick or treating?

HOAs, for the most part, are not known for having a sense of humor or whimsy. This reader was concerned that in light of the pandemic their HO…

What happened to straight-ticket voting?

This reader wondered what had happened to straight ticket voting in North Carolina, not realizing it had not been available since Jan. 1, 2014.

Can I turn left on red?

This question was asked by one of our editors, after he turned left on red.

Is there financial aid and assistance available for older students?

Having been an adult college student, I appreciated the opportunity to let people who are interested in going back to college find out how it’…

The Imperial Japanese Navy launched an unprovoked surprise attack on the U.S. fleet at Pearl Harbor on Dec. 7 in 1941, killing more than 2,400 Americans and wounding 1,000. About 20 naval vessels including eight battleships and more than 300 planes were destroyed or damaged in the attack, and the U.S. declared war on Japan the next day. America was further thrust into World War II when Germany and Italy declared war against the U.S. this year. 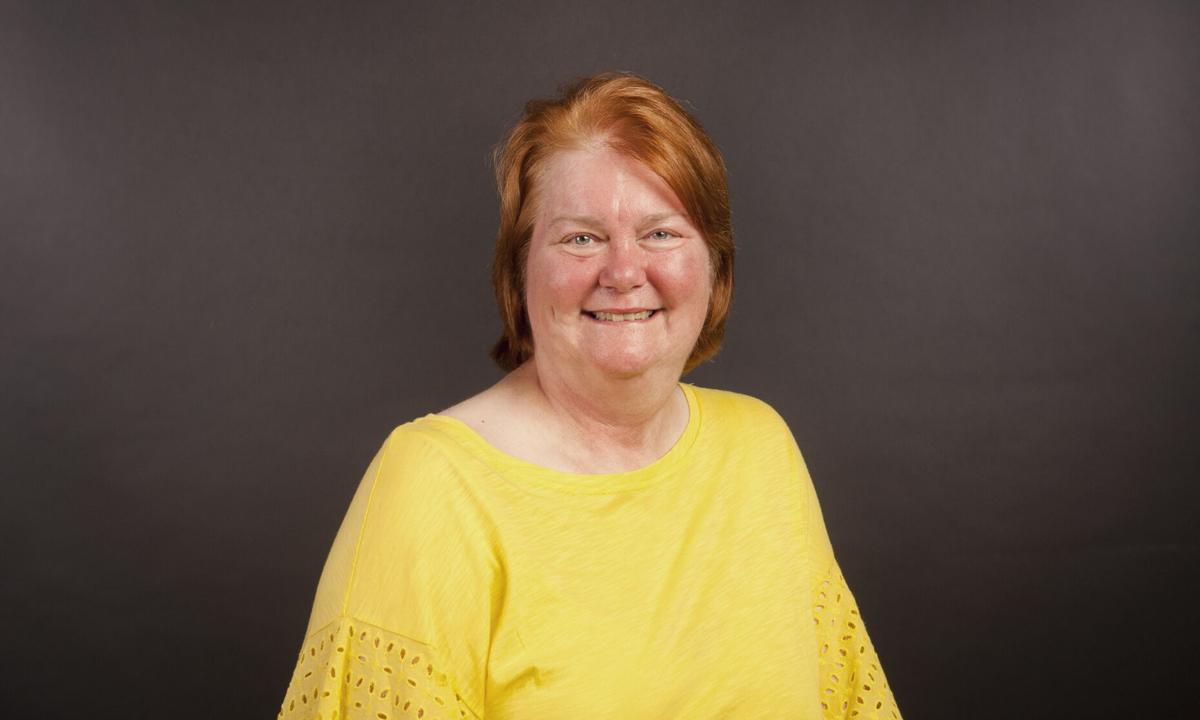