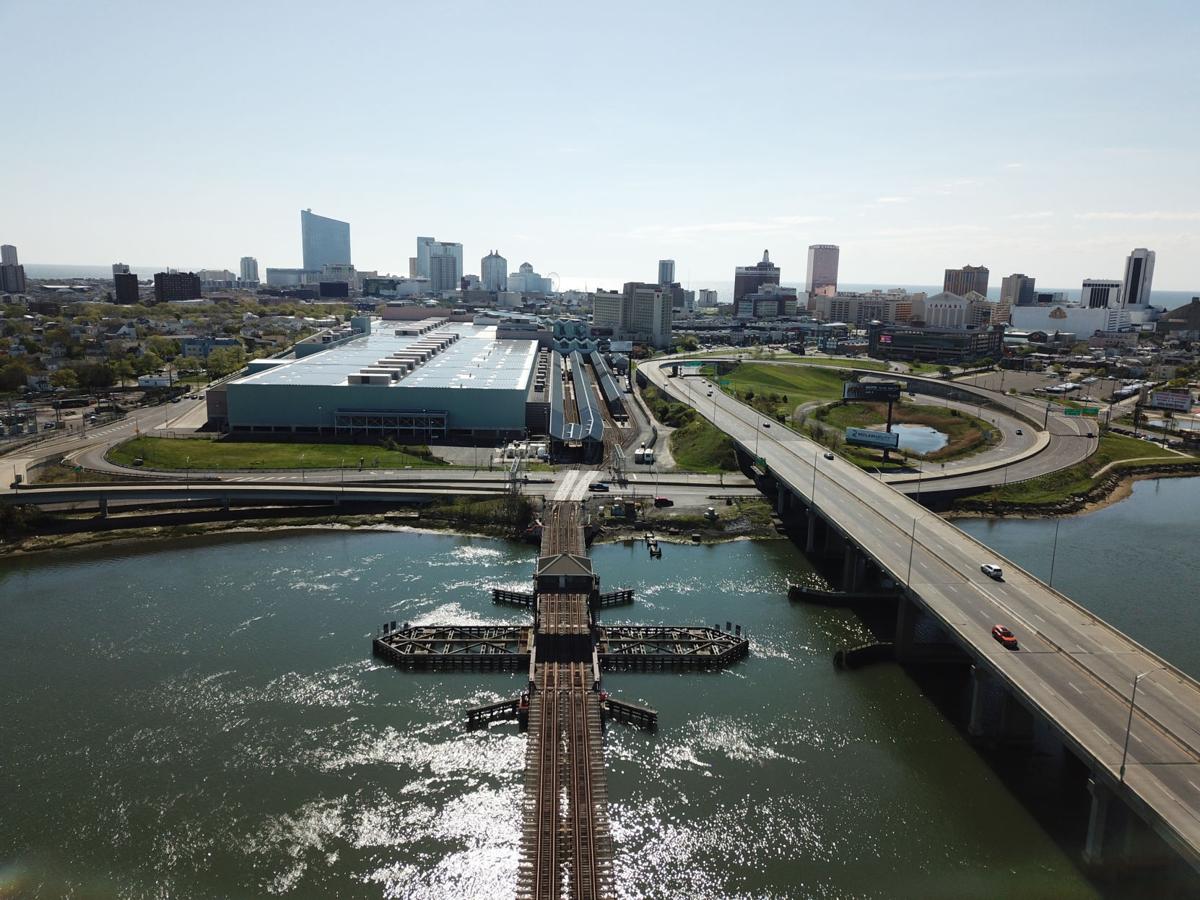 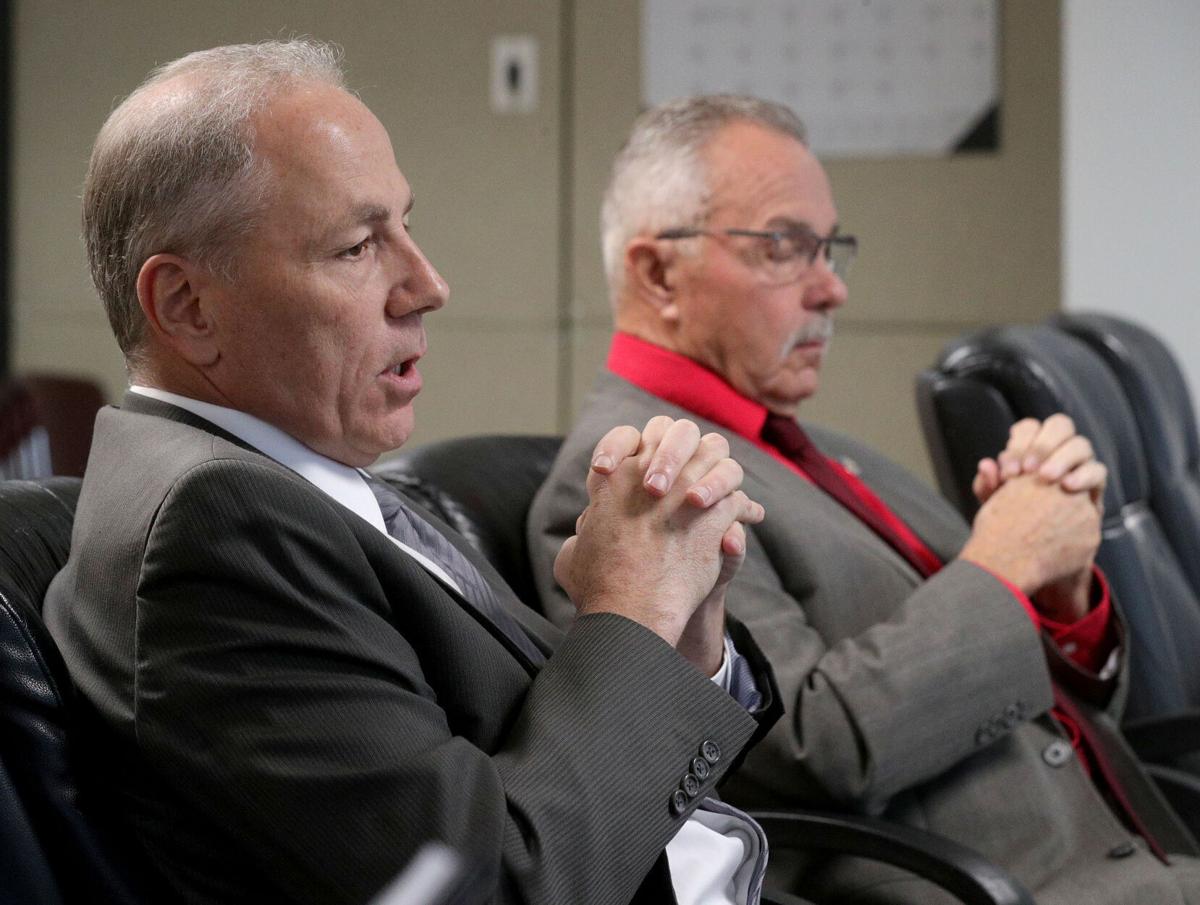 Assemblymen Vincent Mazzeo, left, and John Armato in October at an editorial board meeting at The Press of Atlantic City.

People convicted of low-level drug offenses who successfully complete the state’s Recovery Court program are one step closer to being able to hold upper-level positions in Atlantic City casinos.

The state Assembly passed legislation Monday that would allow the Casino Control Commission to issue casino key employee licenses and the Division of Gaming Enforcement to issue casino employee registration to anyone who has been discharged from drug court.

The bill, A5817, was introduced Nov. 7 and cleared both the Law and Public Safety and Appropriations committees before being passed by the full Assembly 64-8-1.

It is being reviewed by the Senate State Government, Wagering, Tourism & Historic Preservation Committee.

Under current law, people who have been convicted of drug offenses are not eligible to apply for casino employee licenses.

A drug conviction may no longer be an impossible hurdle to casino employment for many people, if a bipartisan bill passed by an Assembly committee Thursday becomes law.

“Substance abuse can lead to a vicious circle,” said Assemblyman Vince Mazzeo, D-Atlantic, one of the bill’s primary sponsors. “With a drug conviction on their record, it can be difficult for a person to find gainful employment to try to better their lives. To break this cycle, we’ll need to provide more viable opportunities for those recovering from substance abuse to become productive members of their communities.”

“The casino industry remains focused on advancing Atlantic City’s revitalization, in partnership with the broader community,” said Steve Callender, president of the Casino Association of New Jersey and senior vice president of operations for the East Region of Tropicana Atlantic City’s parent company, Eldorado Resorts. “We believe this legislation will strengthen our partnership with the community and allow our industry to benefit from an expanded universe of potential new employees..”

MAYS LANDING — Court officials in other parts of the state still refer to it as “drug court,” but for Judge Mark Sandson and the Atlantic and Cape May county courts, it’s all about recovery.

New Jersey drug courts, referred to as recovery courts in the Atlantic and Cape May county vicinage, are an alternative to incarceration that allow people convicted of specific drug-related crimes to complete substance use rehabilitation.

Under the new legislation, people convicted of possession, distribution or manufacturing of minor amounts of a controlled dangerous substance who complete drug court will no longer be disqualified from obtaining a casino key employee license.

“Sustained employment can help a person in recovery rebuild their lives,” said Assemblyman John Armato, D-Atlantic, who also sponsored the bill. “Atlantic City’s revitalization continues to bring more jobs and businesses to the area, including two new casinos. People who have overcome their addiction deserve a chance to find gainful employment, and there are so many options right here in Atlantic County.”

Joe Jingoli, CEO of Joseph Jingoli and Son Inc. and one of the principals of Hard Rock Hotel & Casino Atlantic City, has been a vocal advocate for the need to provide people in recovery with stable employment. In his experience, Jingoli said, people in recovery “make really good employees.”

“At a time when the scourge of addiction has touched all of us, what better way to combat it than true opportunity and jobs?” Jingoli said.

A bill that would open more doors to casino employment for people in addiction recovery got one step closer to becoming law Monday after the Senate voted to pass it with overwhelming support.

ATLANTIC CITY — A restaurant kitchen may not seem like a dangerous place, but it is filled with knives and equipment that can do harm if not used properly.

A bill in the state legislature that would allow people with certain drug convictions to qualify for a casino key employee license if they complete drug court was delayed Thursday.

A bill being considered in the state Legislature would allow people with certain drug convictions to qualify for a casino key employee license if they complete drug court.

Assemblymen Vincent Mazzeo, left, and John Armato in October at an editorial board meeting at The Press of Atlantic City.