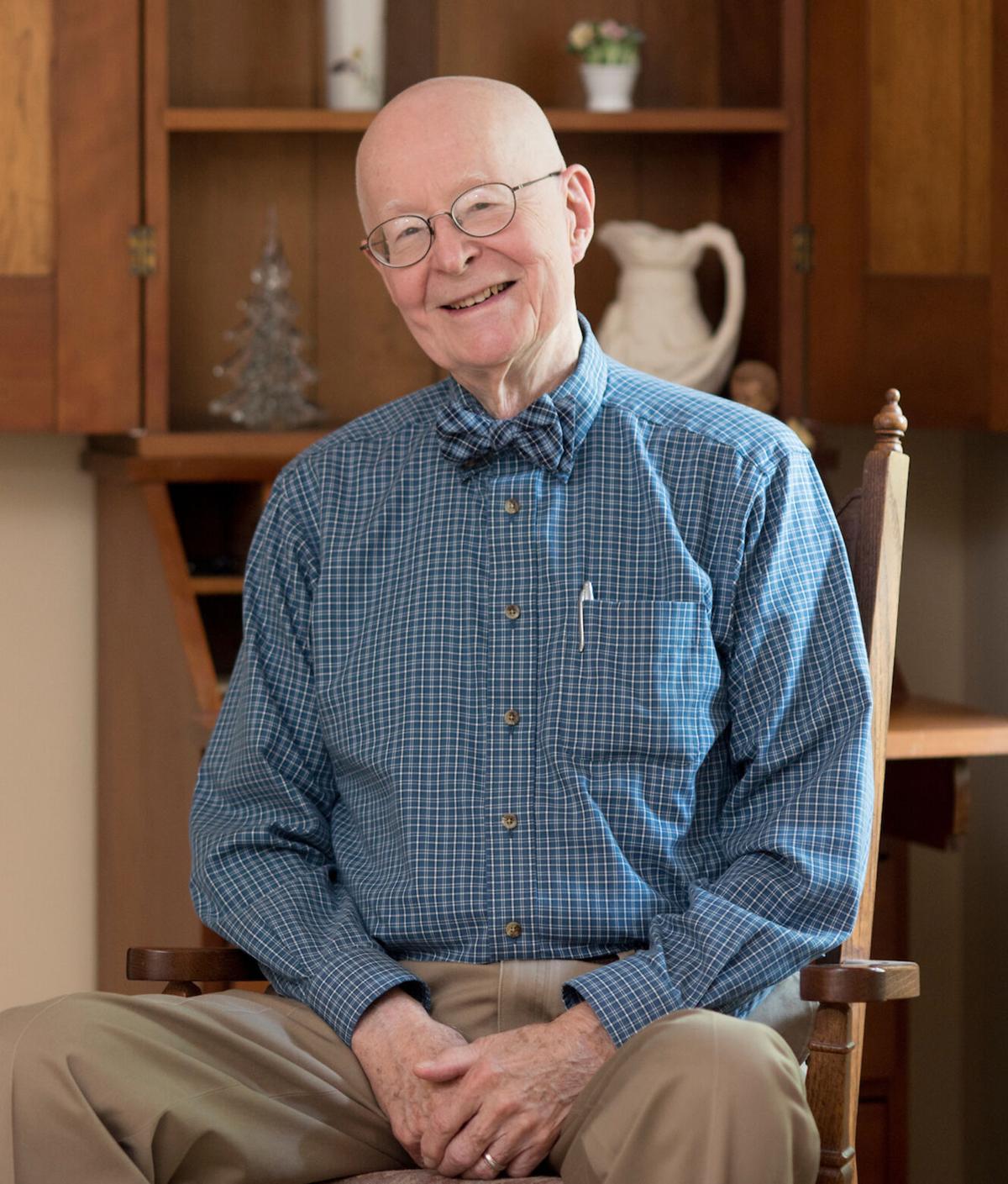 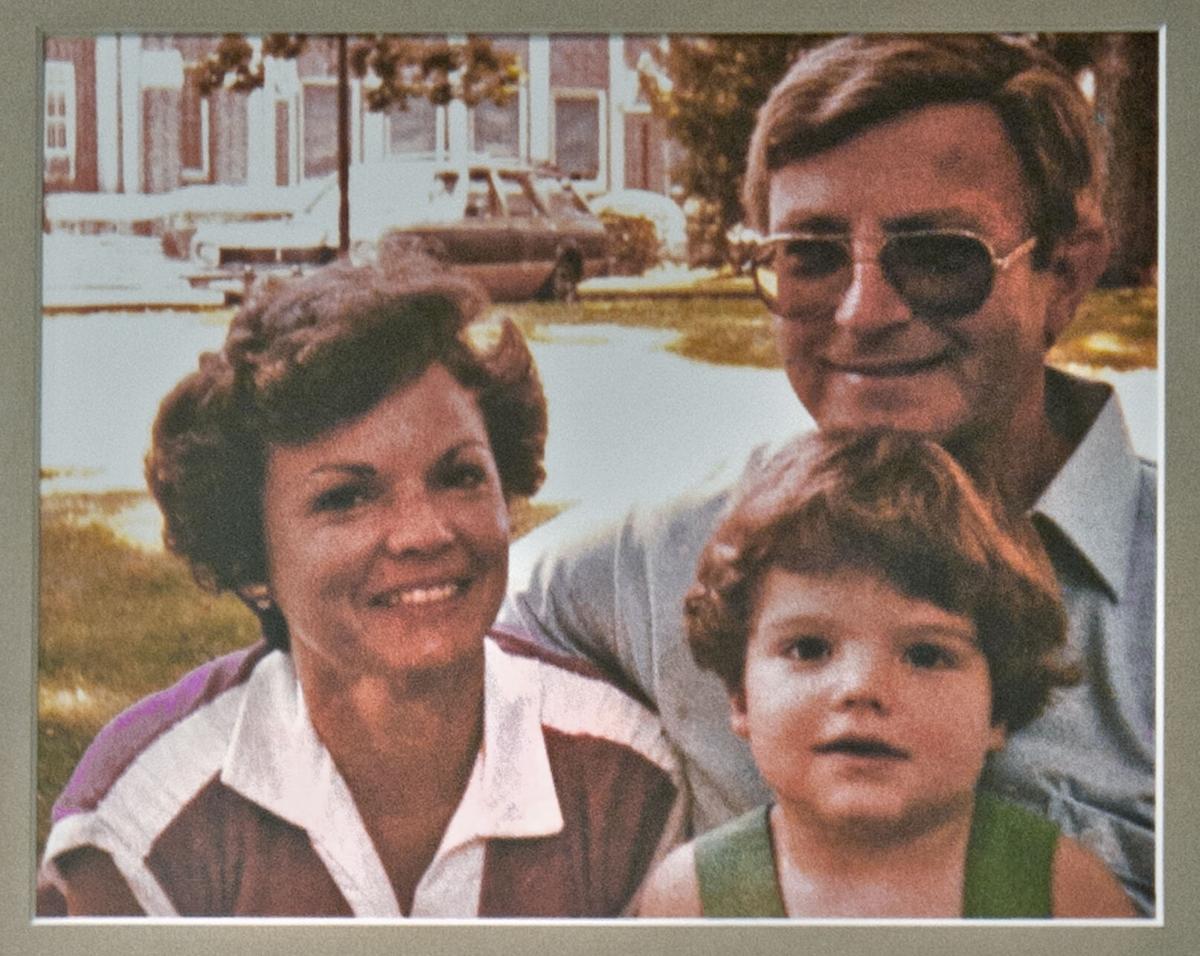 This photo of Penny and Dick Latham with their son, Alan, hangs in the Winston-Salem Ronald's McDonald House. The Lathams were instrumental in starting the local Ronald McDonald House in memory of Alan, who died at 3 of a rare cancer.

The news of Dr. Dick’s Patterson’s death opened a floodgate of emotions for Penny Mothershed.

More than a few of the tears she shed were those of joy, though. Memories of the way Patterson cared for her little boy, Alan Latham - and her family - have never left her.

Countless nights spent on a foam pad under Alan’s crib at the Wake Forest Baptist were cushioned by Patterson’s soothing, encouraging words. Impossible decisions were made easier by his knowledge and experience.

And in the days following Alan’s death in 1980, Patterson quietly guided the couple to channel their grief into the creation of the Ronald McDonald House.

“He was there when we needed him,” Mothershed said. “(The house) has everything to do with him. He was such a humble man. He touched so many lives.

A charcoal rendering of Alan, Penny and Dick Latham hangs in the Latham living room at the 35-room Ronald McDonald House on Hawthorne Road, a place many know as a House that Love Built.

Many people have seen it.

What’s not as widely known is the role Patterson played in supporting the Lathams - Mothersed remarried following Dick Latham’s death in 2011 - through a surprisingly difficult effort to win official approval for the project.

“He never wanted any recognition,” Mothershed said. “He was sitting next to us on the stage (at the grand opening) and he said ‘I wouldn’t be up here if it wasn’t for you.’

“Truth is, we wouldn’t have been there without him, either.”

Richard B. “Dick” Patterson died Friday. He was 90.

His obituary, as they do, hit the high points of a life well-lived. He was born in 1930 in Norfolk, Va. and grew up in Bluefield, W.Va. He was a husband, a father and a church-going man.

Patterson graduated from Davidson College, then headed to Winston-Salem and the Bowman Gray School of Medicine.

After two years in the Navy, he returned to Winston-Salem in 1960 and started the Children’s Cancer Program at Baptist. There, he threw himself into his work searching for a cure for childhood cancer.

His death notice notes that in 1960, the survival rate of acute leukemia was nine to 10 months. By 1991, that grim statistic improved to a cure rate of 85% - no doubt helped along by Patterson’s work.

Impressive, certainly, but those are lines on a resume. The more important thing was the way he cared for - and about - his patients.

Alan Latham was just a baby, 9 months old, when his parents learned that he had a rare cancer. They uprooted their lives in Burlington and moved to Winston-Salem. Mothershed left her job teaching school to care for her son.

At Baptist, Patterson led the treatment of Alan and his parents. Instead of a month or two - his expected lifespan - Alan lived until he was 3, precious time that money could not buy.

“If he had lived, he would be 44 now,” Mothershed said. “I remember the day we got Alan’s cancer result. … A nurse sat with me until Dr. Patterson came up at 5 (p.m.) He talked about experimental treatments and said ‘Penny, there’s hope.’ That’s all I needed to hear.”

Beyond the medical questions, Patterson informed the Lathams’ decision making by offering gentle insight on fraught questions such as whether to enroll the little boy in a daycare/early childhood education at Knollwood Baptist Church.

“We were so protective, of course, and concerned because he couldn’t have immunizations,” Mothershed said. “I went to Dr. Patterson and he told us we needed to let Alan live each day to his fullest.”

Heeding that advice produced memories that still puts a smile on her face - watching her little guy jump in the sandbox with his teachers and delight in squirrels playing nearby.

Patterson, in other words, treated the whole child - not just his cancer.

And when the Lathams decided they needed to do something to honor their son’s memory, Patterson, when asked, provided advice.

The young parents initially thought about helping set up a local plasma bank as state troopers often delivered it in emergency situations. “Dr. Patterson told us that was coming soon,” Mothershed said.

Instead, he helped nurture another germ of an idea. The Lathams remembered seeing a house near Duke Hospital in Durham where weary and worried families could stay. It allowed them to be near their babies, and to be surrounded by people who knew exactly what they were feeling.

“I felt love in that house,” Mothershed said. “People laughing and cooking, doing something normal. I remembered longing to do something normal, to feel normal, even if it was not.”

Winston-Salem had no such house, but surely could use one. Mothershed remembered sleeping on a foam pad in Alan’s hospital room and her husband trying to rest on a chair.

“We were fortunate,” she said. “We had family here and our home. But so many others did not.”

Once they determined a house was the way to go, there was no stopping them. They enlisted support from other families who’d been through the same ordeal and raised money through bake sales and car washes. They also reached out to the Kate B. Reynolds Charitable Trust, which pledged a generous $100,000.

A house on Queen Street seemed perfect, but opposition from neighbors who didn’t fully understand the concept - unfounded fears about boarding houses taking over - caused then the-Board of Aldermen to deny a rezoning request.

Still, the Lathams persevered. “Dr. Patterson told us to go meet (with opponents) in person,” Mothershed said. “He said, ‘You go tell them.’”

Another house, this one on Hawthorne Road, was located - and approved for multi-family use.

The rest, as they say, is history. The Ronald McDonald House opened in 1984 with room for 10 families. Today it has 35 rooms and is known across the state as a beacon for desperate families.

And so when Penny Mothershed learned about the death of Dr. Dick Patterson, she thought deeply about the man behind the bow tie and the stethoscope.

She thought about Alan, of course, and the many thousands of children - and families - whose lives he touched for the better. And she was determined to speak for him and let the wider community in on something she had known for decades.

“Integrity. Honesty…. I just can’t find all the right words,” Mothershed said. “He was going to do what was best. The child was his focus. And that meant everything.”

Hollifield: Man vs. groundhog II — this time, it's personal

The ceasefire is over.

NORTH WILKESBORO — The Catherine H. Barber Memorial Homeless Shelter — the only one in Wilkes County — is, for now, much like the people it se…

Q: What does “Once saved always saved really mean”?

This photo of Penny and Dick Latham with their son, Alan, hangs in the Winston-Salem Ronald's McDonald House. The Lathams were instrumental in starting the local Ronald McDonald House in memory of Alan, who died at 3 of a rare cancer.