North Trade Street and surrounding streets of the Arts District in downtown Winston-Salem were packed for the Heavy Rebel Weekender in 2018. 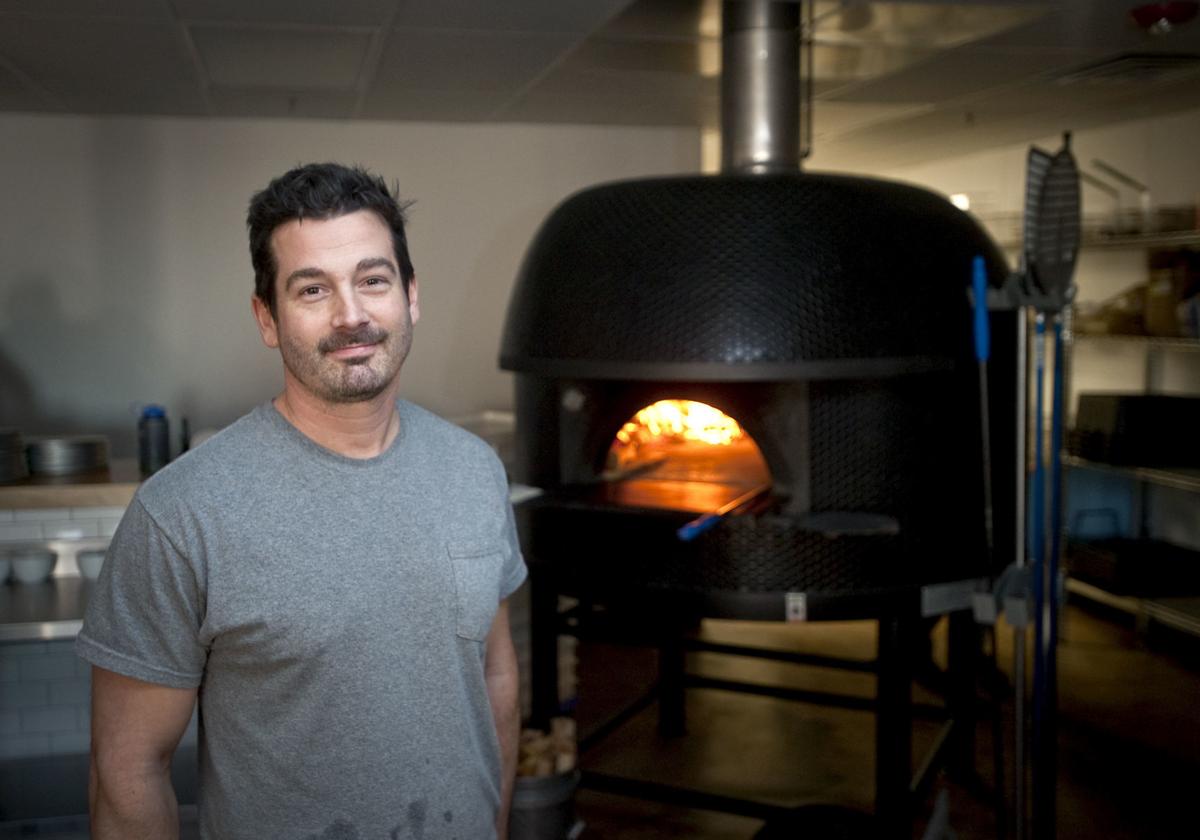 Peyton Smith opened Mission Pizza Napoletana in 2014. He says he was a supporter of downtown events early on, but now says “We don’t need to court people to come downtown anymore.”

Weekends — and weekday evenings for that matter — are busy times for the restaurants, bars and breweries that line North Trade Street.

And that’s exactly how the shakers, movers, investors and dreamers envisioned things would play out once Trade became a pivotal point for growth downtown.

At one time in the not-too-distant past, dining and entertainment options were rather limited compared to what’s available today.

Only a handful of destination draws existed. The lunch joints on Fourth Street that had survived off R.J. Reynolds workers were barely hanging on; adventurous urban explorers might choose between, say, Sixth and Vine, Sweet Potatoes or Finnigan’s Wake.

Wise old heads plotting and planning for the growth (and the cash money that comes with it) looked for different ways to attract wallets and the people attached to them. Special events — street festivals, concerts, bike races etc. — turned into standard draws.

But has the time come to reconsider old ways?

“We should at least have the conversation,” says Peyton Smith, the owner of Mission Pizza Napoletana. “We don’t need to court people to come downtown anymore.”

Smith, for those that don’t know him, can be pretty meticulous.

Before opening Mission Pizza in 2014, he spent years researching his venture, crunching numbers and planning a menu.

Back then, he could see a need for the extra attractions. The new downtown arts and entertainment district needed all the exposure it could get.

A handful of locally owned enterprises were opening and creeping northward along Trade Street. Night owls noticed, and tippled accordingly.

But the bigger, steadier bucks — typically dropped by suburban types with more disposable income — were harder to come by. Innovation Quarter was still getting off the ground, and the unicorn young urban professional remained the elusive goal. Downtown living options were still limited.

Summer on Trade, Heavy Rebel weekender and other special events helped to boost the bottom line.

“We needed them to juice downtown. I was all for them,” Smith said.

That began to change over the summer, Smith said, when his customers could neither reach Mission Pizza nor find reasonable places to park due to a motorcycle festival that had obtained a special-use permit to block off parts of Trade.

“They moved barricades and took over my parking lot,” he said. “A woman pulled down her pants and (urinated) in my alley.”

It was a coincidence, but during a meeting last week of the City Council, Jason Thiel, the president of the Downtown Winston-Salem Partnership, presented the group’s annual report.

Councilman Bob Clark asked whether downtown stakeholders — business owners who pay a special tax to cover beautification, trash pickup and the like — were pleased with how things are going.

“I have not heard any complaints, although we argue about various things like what species of flower should go in flower baskets, how wide do we shovel snow off sidewalks and what species of tree goes in tree wells,” Thiel said. “It’s all very detailed, off in the weeds type stuff.”

Maybe. But Smith’s ideas at least merit a discussion.

In 2018, the city issued 98 special events permits that involved downtown street closures for festivals, concerts, races (bicycles and running), marches, parades and block parties. The number for 2019 through Sept. 30 is 91.

That’s a lot of events on closed streets.

While those things have — and continue to — attract wallets and prospective customers, Smith wonders if it’s reached a tipping point and actually keeps people away.

He says he has lost money during some festivals and incurred costs for such things as clean-up that he wouldn’t otherwise have.

“Closing the street or streets is a massive privilege,” he said. “But there should be some caveats. Make the organizers put some skin in the game. Make them provide bathrooms and security.”

Smith wants to maintain a steady flow of regular customers who seek his restaurant out as a destination and believes other business owners feel similarly.

Perhaps it’s time, he said, to consider limits on the number of special events or to push them farther north across Martin Luther King Jr. Drive into evolving areas that could benefit from the influx and exposure.

Music festivals and concerts have moved before from Fourth to Trade to Liberty.

The number of restaurants downtown has doubled from 33 to nearly 80 over the last 20 years.

“This isn’t 2005 or even 2010. People may not agree, but maybe we should at least talk about changing the methodology,” he said. “We’re alienating the people we’ve asked to come downtown if they can’t get here.”

MOCKSVILLE — Six long months ago, through hundreds of phone calls, emails and in-person meetings, opponents of a long-distance gun range and p…

Scott Hollifield: My work was stolen. It gets worse from there.

Apartments are indecent and intolerable, Winston-Salem says. No kidding, responds this resident.

Ivery Muhammad was — is — upset, equal parts angry and frightened. You would be, too. Muhammad, 25, was shot Aug. 3 in the chest and arm while…

Search for an answer salves a wound caused by sudden loss

Jessica Sapp has always known that different people grieve in different ways. Only recently, through an unfathomable and sudden loss, has she …

MOUNT AIRY — Tamara Kallay looked and sounded frustrated. Can anyone blame her?

North Trade Street and surrounding streets of the Arts District in downtown Winston-Salem were packed for the Heavy Rebel Weekender in 2018.

Peyton Smith opened Mission Pizza Napoletana in 2014. He says he was a supporter of downtown events early on, but now says “We don’t need to court people to come downtown anymore.”