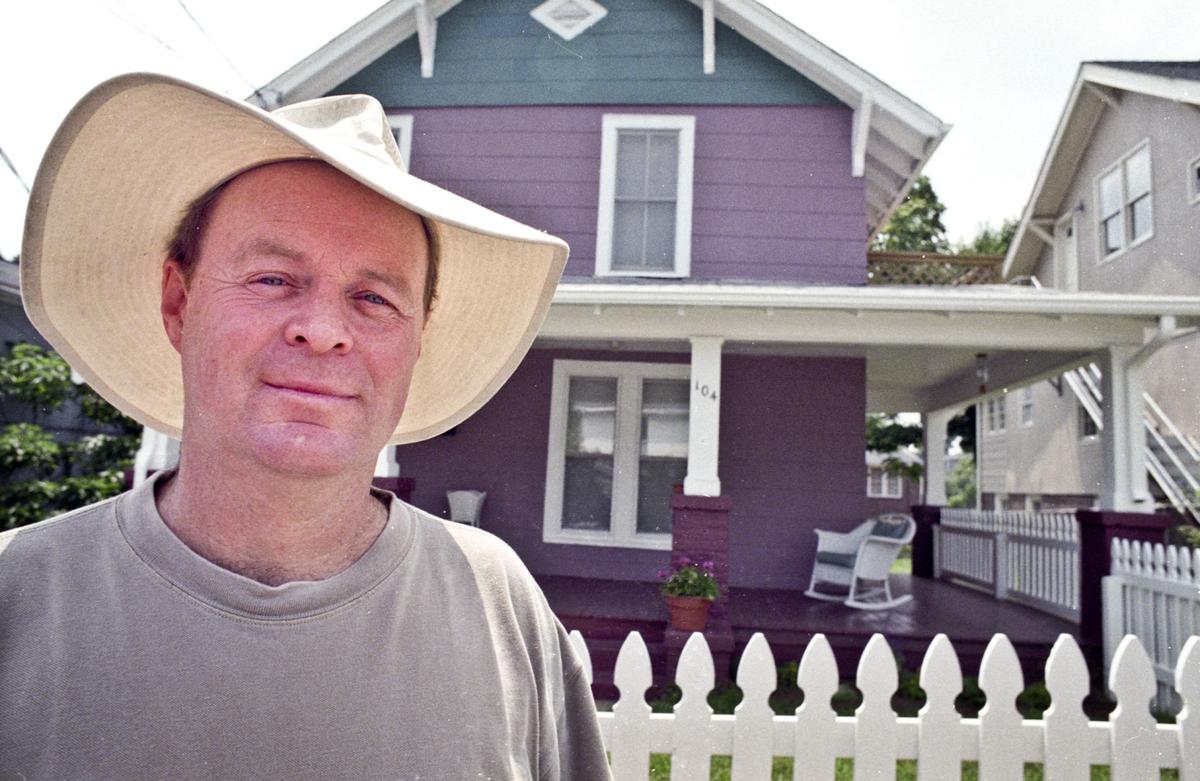 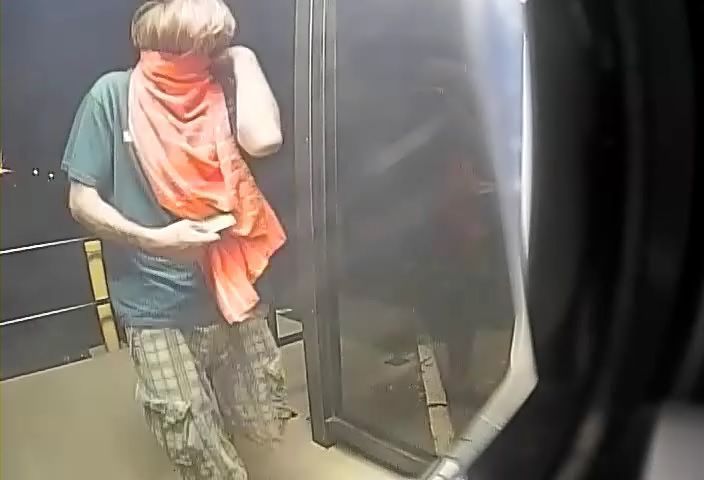 Police are asking for the public’s help in identifying the person seen in this photo using a financial-transaction card belonging to Jack Atkins, who was found dead July 18 in his apartment in a group of units just off Reynolda Road. 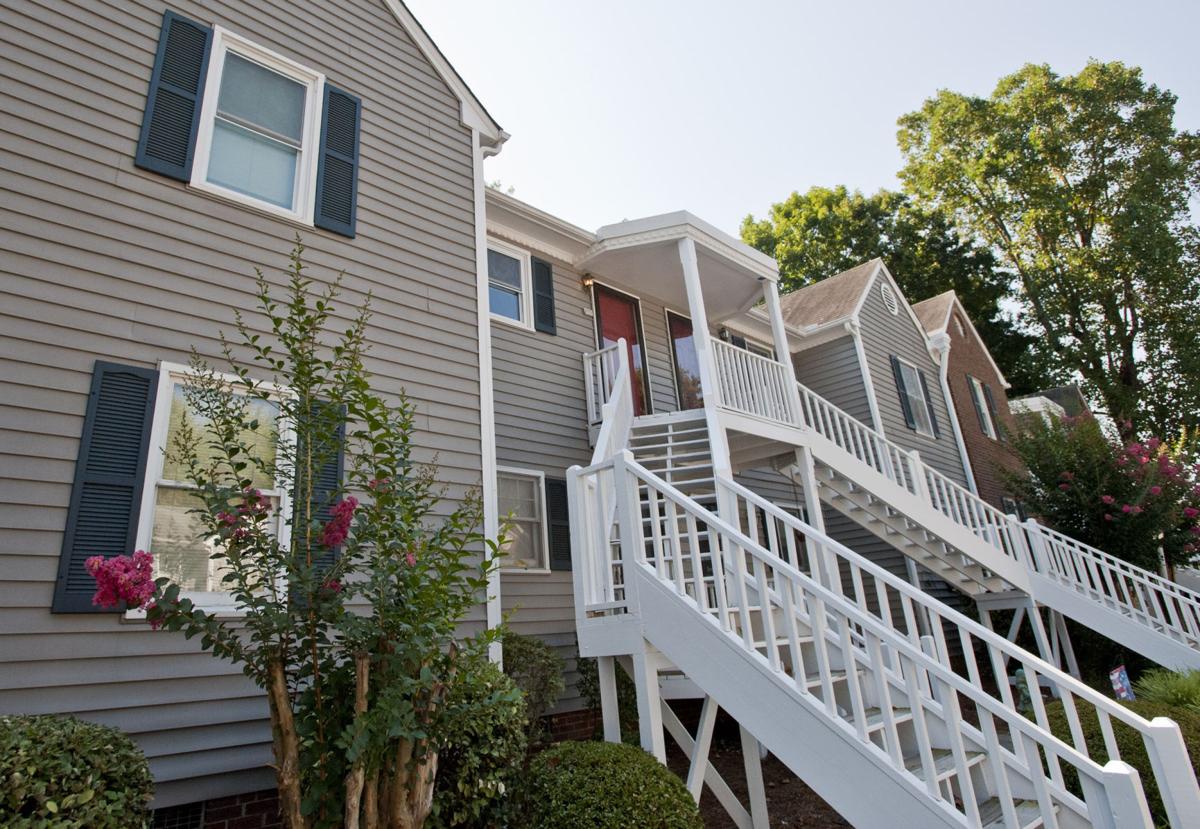 Winston-Salem police are investigating the July killing of Jack Atkins in his apartment at the Reynolda Square complex, 133 Columbine Drive. According to a police report, Atkins, 66, died of stab wounds and blunt force trauma.

Police are asking for the public’s help in identifying the person seen in this photo using a financial-transaction card belonging to Jack Atkins, who was found dead July 18 in his apartment in a group of units just off Reynolda Road.

Winston-Salem police are investigating the July killing of Jack Atkins in his apartment at the Reynolda Square complex, 133 Columbine Drive. According to a police report, Atkins, 66, died of stab wounds and blunt force trauma.

At some point on the afternoon of July 18, Jack Atkins, a gregarious 66-year-old who made friends instantly, answered his door and let someone inside.

A short while later, Winston-Salem police responded to a 911 call of the sort they receive all the time: a report about unknown trouble. More often than not, it turns out to be a quick look around, a short conversation and a pile of paperwork for the unlucky patrol officer who was the first to show up at the scene.

Not on Tuesday, July 18. When police officers arrived, they found Atkins dead in his apartment on Columbine Drive, just off Reynolda Road. He had been stabbed and beaten — “blunt force trauma,” in police speak — and left that way in his own home. Unknown trouble turned out to be Winston-Salem’s 12th homicide this year.

To Atkins’ friends, the news was devastating.

“He was like nobody I ever met. And I mean that in a good way,” Will Spach said.

Perhaps more alarming, investigators circulated a grainy photo showing someone using Atkins’ bank card at an ATM and announced a $5,000 reward for information that leads to the killer — a clear indication that answers and justice won’t come easily.

“You can’t help but think about it,” said Susan MacIntosh, another of Atkins’ many friends. “You want an answer. It’s easier in some ways with a wreck or a heart attack. At least you know. But this, you just don’t understand.”

At first blush — and a second and a third — Jack Atkins doesn’t sound like the sort of man who would be attacked in his own home.

He was originally a house painter, eventually morphing into a developer of sorts and an early entrant in the drive to overhaul downtown by buying and rehabbing, to put it politely, distressed houses in the Holly Avenue neighborhood.

“He was here before it was cool,” said MacIntosh, who along with her husband. Jeff MacIntosh. (yes, the city council member) did similar work in the same neighborhood. “Jack would buy one house and fix it up. He was always hustling, and by that, I mean working. He always had his ear to the ground.”

Because of that hustle, Atkins collected a small raft of awards and acknowledgements. He received an award for Downtown Excellence in 1997, a good 10 years before the big developers and deep pockets even dreamed about a renaissance.

“Jack was the kind of guy you’d meet and it didn’t take long before you knew you wanted him as your friend,” Susan MacIntosh said . “He was your buddy right off.”

Atkins bought his first house in the Holly Avenue neighborhood in 1994, and turned that into seven two years later.

“People who have money think this is as risky as junk bonds,” Atkins said in an interview in 1996.

Still, for all of the hustle and sweat equity Atkins put in, he was looking out for others. MacIntosh recalled that she first met Atkins when she hired, on his recommendation, a paint crew from the Prodigals Community, a residential treatment program for substance abusers working to regain their lives one step, one day at a time.

Because Atkins was who he was — and because he had experienced the same struggle — he empathized and identified with the Prodigals. He ran the paint crew at one time. If somebody needed a friend or a meal or place to stay, Atkins stepped up.

“He went out of his way to help people in need,” Spach said. “I’ve known him to take people with signs on the side of the road back to do yard work so they could make a few bucks.”

Anonymity is a part of the program with people in recovery. They don’t seek attention or congratulations, and tend to avoid speaking publicly about what happens in private, in meetings, behind closed doors. What’s said in confidence stays private.

It’s delicate and a fine line, but because of what Atkins meant to so many for so long, it’s difficult for his friends not to want to let the world know something of his contributions.

“Let’s put it this way, and I’m not ashamed to say so, I hit a down time in my life and he helped me,” said Spach, who rented an apartment from Atkins at one time. “When I hit my dip I knew I could reach out to him.”

That aspect of Atkins, his giving nature, is what makes his killing all the more difficult for his friends to accept.

“It helps,” said police Lt. Mike Cardwell, the commander of detectives charged with investigating homicides and armed robberies. “We have forensics and other (evidence), but it takes time. The biggest thing is people calling and providing information. Some of it is no good, and some of it pans out. We check it all.”

The bottom line is, somebody knows something. Somebody knows the person shown in that surveillance photo using Atkins’ bank cards at ATMs near Mocksville and Lexington not long after police found his body.

“We know somebody used his card, and that’s suspicious,” Cardwell said. “But we don’t know how they got that card.”

Perhaps it was taken from Atkins apartment. Maybe somebody found it elsewhere. Or perhaps the killer gave, traded or sold it to someone else.

“It doesn’t appear, based on that photo, to have been a legitimate transaction,” Cardwell said.

Nor did the scene at Atkins’ apartment appear to have been a robbery or a home invasion.

“There’s no evidence of a forced entry or a break-in,” Cardwell said. “If anything (the killer) knew the victim, had a relationship with him or at least been comfortable enough to where (Atkins) opened his door. It’s not something where the door was kicked in.”

That fact isn’t lost on Atkins’s friends, many of whom fear that his gentle and generous nature may have factored into his death.

“The thing that makes me saddest — and it’s just me and my guess and nothing else — is that he was probably trying to help somebody out,” Spach said. “Somebody he reached out to or somebody who reached out to him … that’s what really bums me out.”