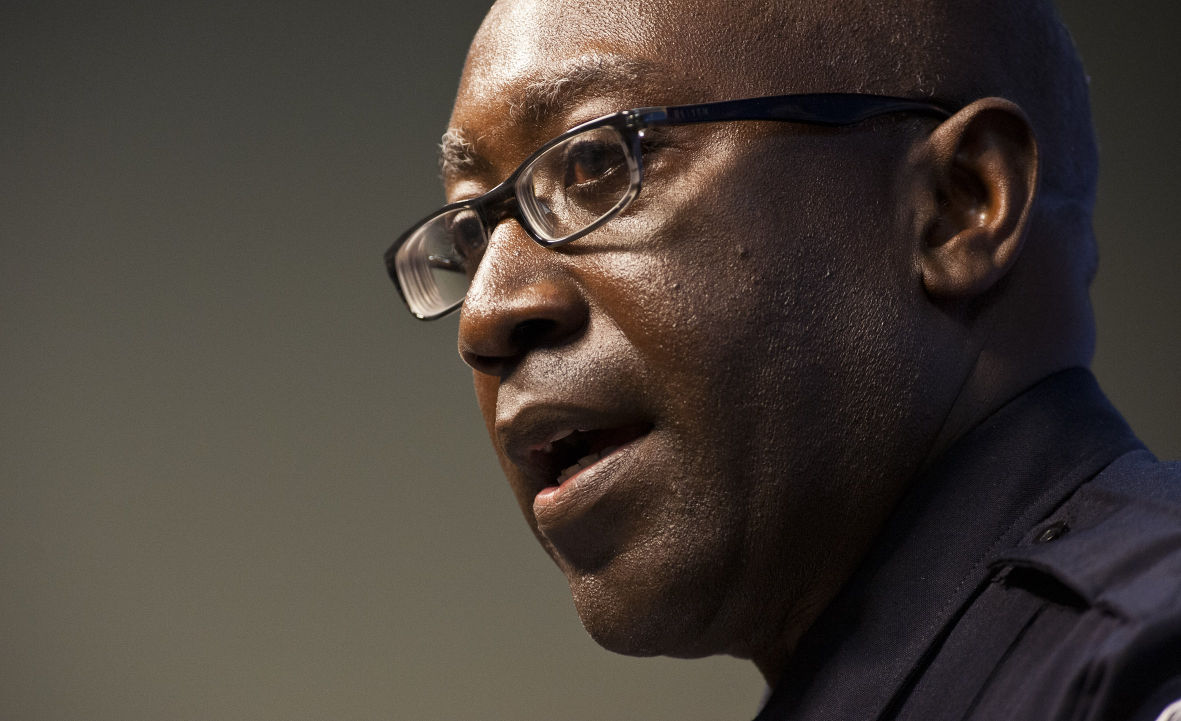 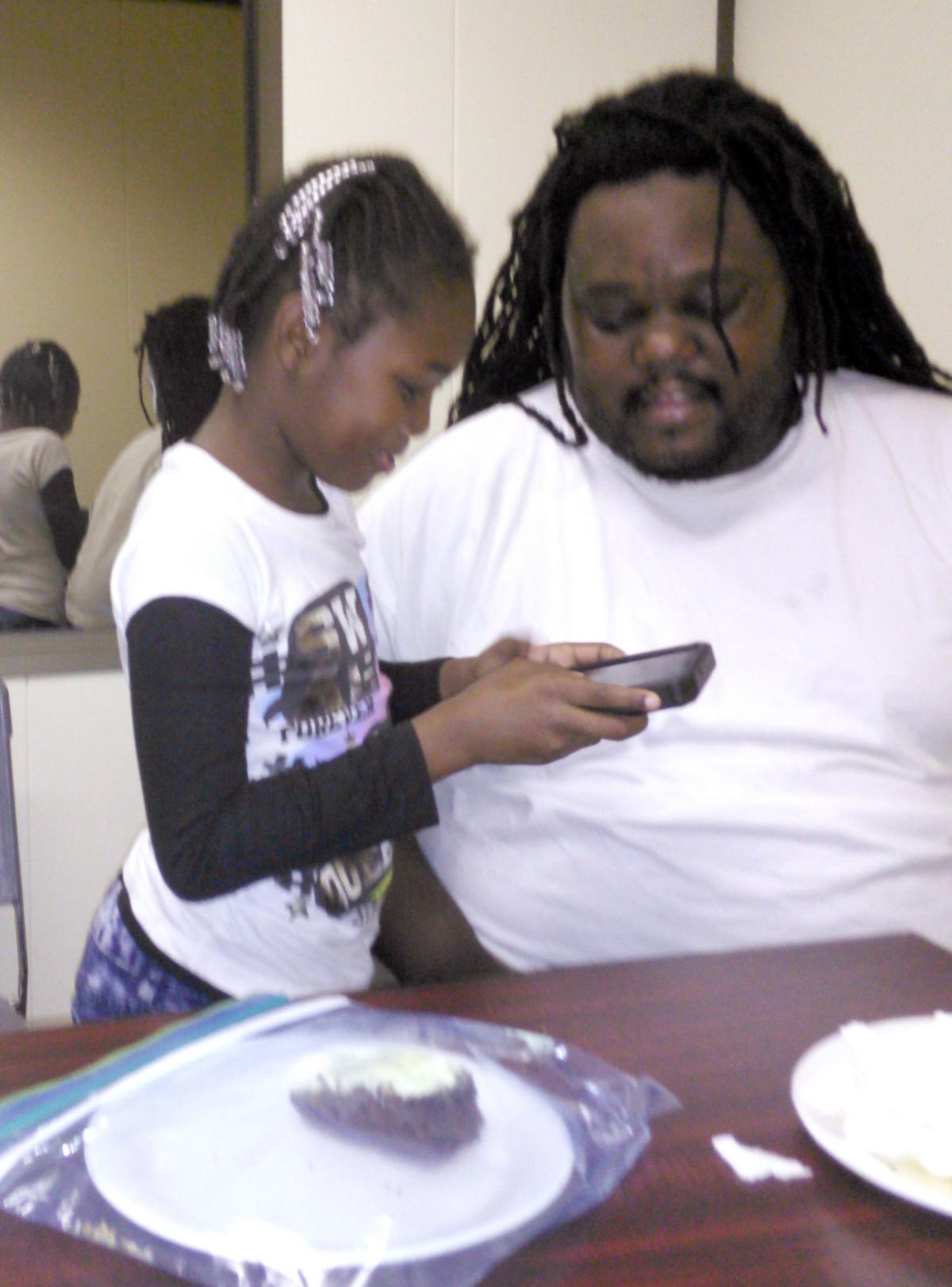 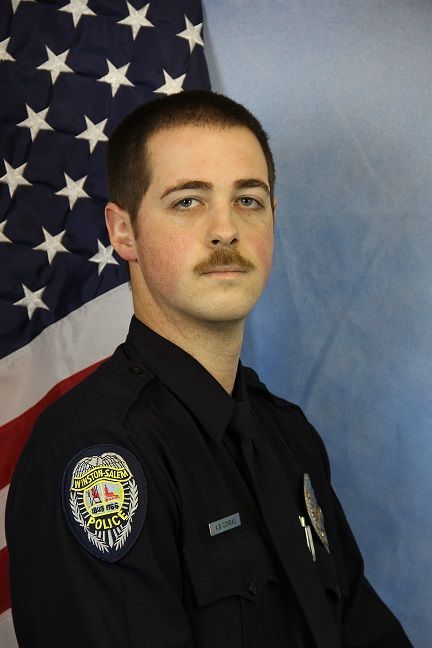 During a Tuesday news conference, Winston-Salem Police Chief Barry Rountree urged patience during the investigation into the death of Travis Nevelle Page who died last week while in police custody.

Rountree declined to answer any questions and released few details about the Dec. 9 incident, citing the State Bureau of Investigation’s ongoing review. That included questions regarding body-camera footage from three of the four police officers involved in the case.

Police say Page, 31, of 2900 New Walkertown Road, died Dec. 9 as four officers were taking him into custody. The four — Cpl. Robert Fenimore and Officers Christopher Doub, Austin Conrad and Jacob Tuttle — responded to the Family Dollar store on 4404 Old Rural Hall Road on a report of a gun being fired. When the officers arrived, they saw Page, who they said matched the description of the person firing a gun.

“I have seen the video,” said Rountree, who was out of town when the incident occurred.

“I can’t tell you what I think about the video.” he said. “It would be inappropriate. It would be irresponsible, and it would be illegal for me to make any kind of assumptions about what I’ve seen on the video prior to the completion of the criminal and administrative investigation.”

Rountree said that he would be criticized if he did say what he thought about the video and that some people would accuse him of having already made up his mind before the investigation was completed. Once the investigation is complete, he said, he would not have a problem with the body-camera footage released publicly.

Amanda Martin, an attorney for the N.C. Press Association, said last week that the body-camera video is a public record and should be released.

“I believe in this case, the video of body cameras at issue is a public record because it fits squarely in the general statutes, which make public the circumstances surrounding an arrest,” Martin said Friday. “The statute is clear that the public is entitled to know ‘whether the arrest involved resistance, the possession or use of a weapon, or pursuit.’ In this case, the body-camera video would be instructive of all three of those things.”

Martin said that law-enforcement agencies have the discretion to release criminal investigative records even when they aren’t required to. She said releasing the video footage would provide important information to the public.

Three of the officers had body cameras. A fourth didn’t because he was a trainee, Rountree said. Tuttle has been on the police force less than a year.

Page became unresponsive after he was handcuffed.

Rountree outlined what the officers did to try to save Page’s life, including the use of Narcan, or naxolone, a medication that is used to treat drug overdoses.

He also disclosed for the first time the controlled substance police say they seized from Page — 2.6 grams of cocaine.

The SBI has not released autopsy results.

Hayes and Page’s mother, Ida Marie Page, said Page had several health issues, including gout, high blood pressure and bronchitis, and had been given a diagnosis of schizophrenia and bipolar disorder. He was taking medication for all those conditions, they said.

Rountree handed out a piece of paper to reporters, outlining what he did once he came back to Winston-Salem, including contacting SBI Special Agent in Charge Scott Williams, reassigning the four officers to administrative duty and briefing City Manager Lee Garrity and Bishop Todd Fulton, the president of the Ministers Conference. He also said he met with Page’s mother, who had questions about the investigative process.

O’Neill has said it would violate the N.C. Rules of Professional Responsibility for him, the police or the SBI to release the footage during a pending investigation. O’Neill said releasing the footage prematurely would constitute him making extrajudicial statements, or statements outside a courtroom, which he said is prohibited by the Rules of Professional Responsibility.

Rountree said Winston-Salem is different than Ferguson, Mo., or Baltimore, where controversy and violence erupted over the fatal shootings of unarmed black men.

“I think we have the same objective and that is to determine the cause of Mr. Page’s death,” Rountree said, urging the community to allow the SBI to do its job.

The investigation into the case of a Winston-Salem man who died in police custody is almost complete.

Travis Nevelle Page died largely because of his own health problems and not because of the actions of four Winston-Salem police officers, Fors… 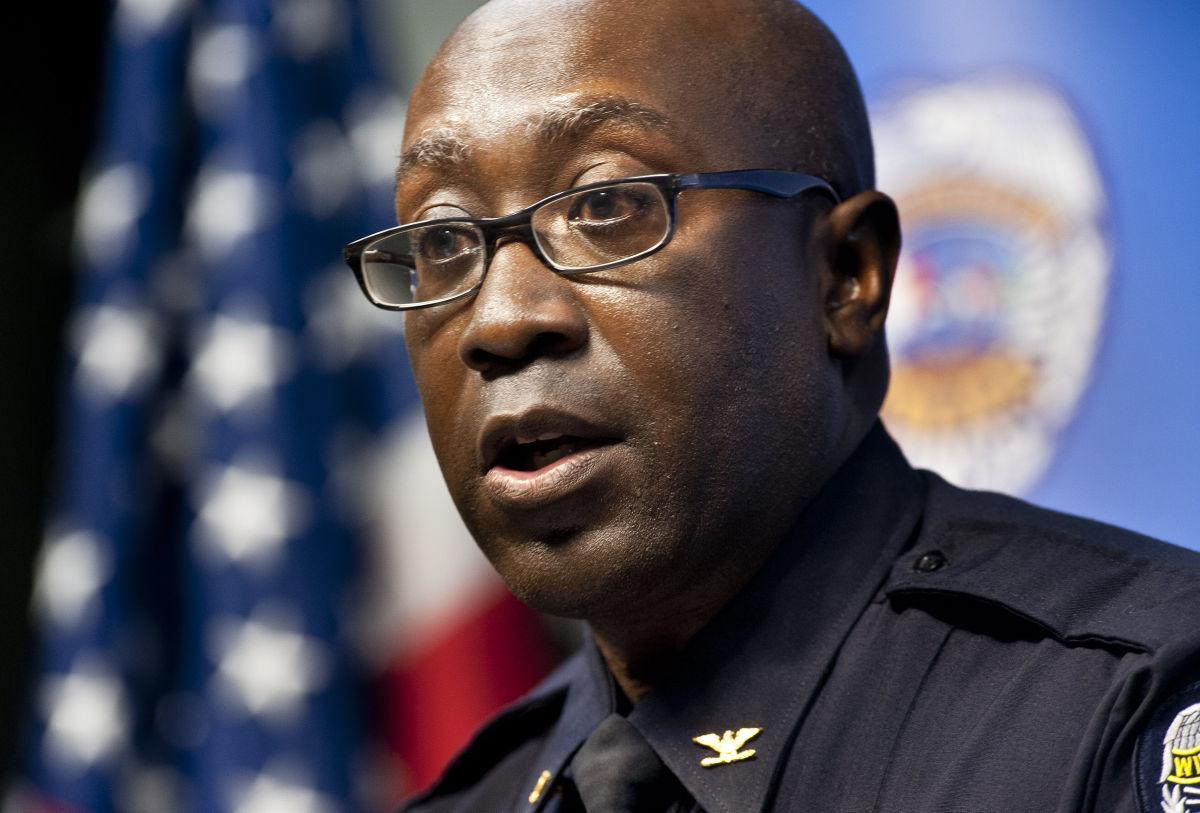 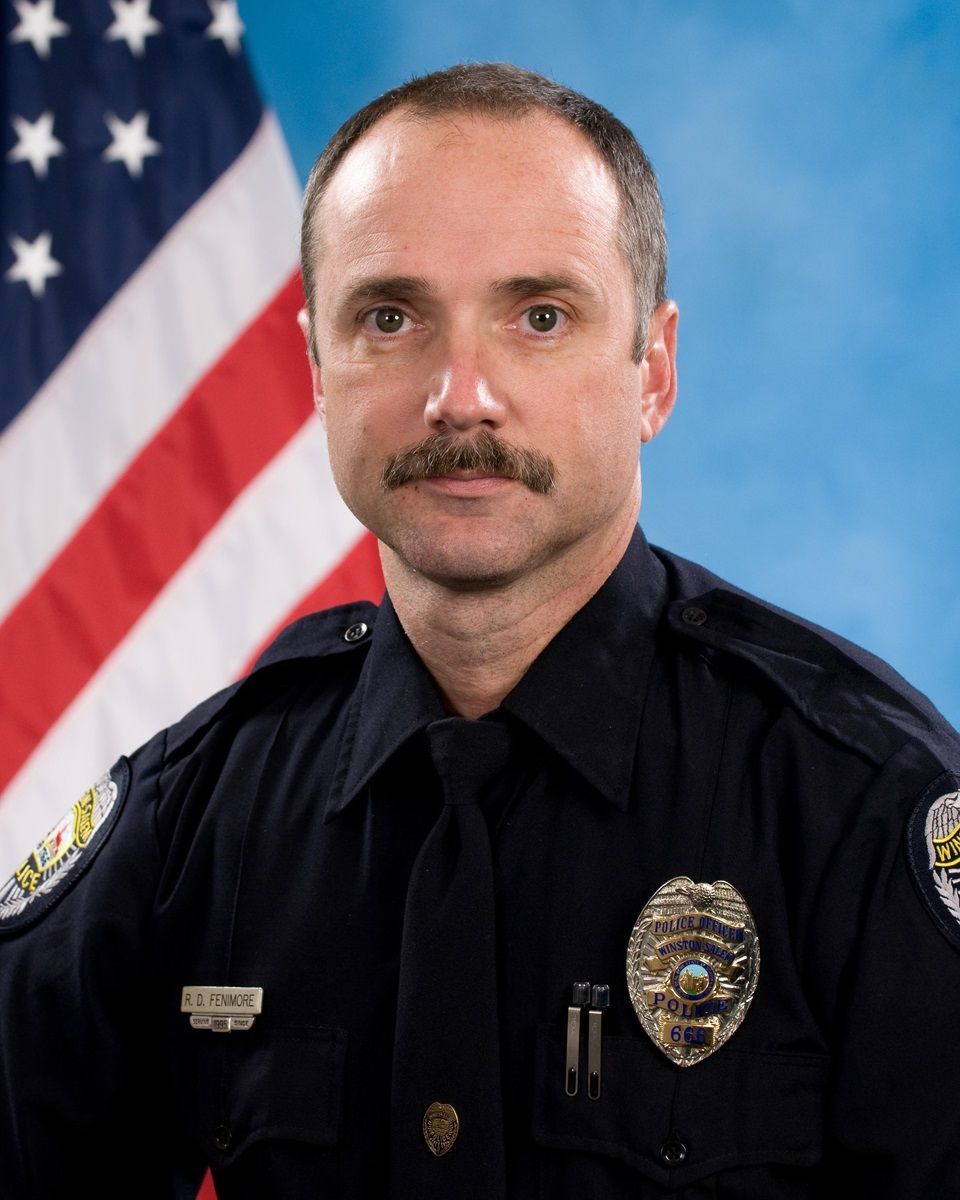 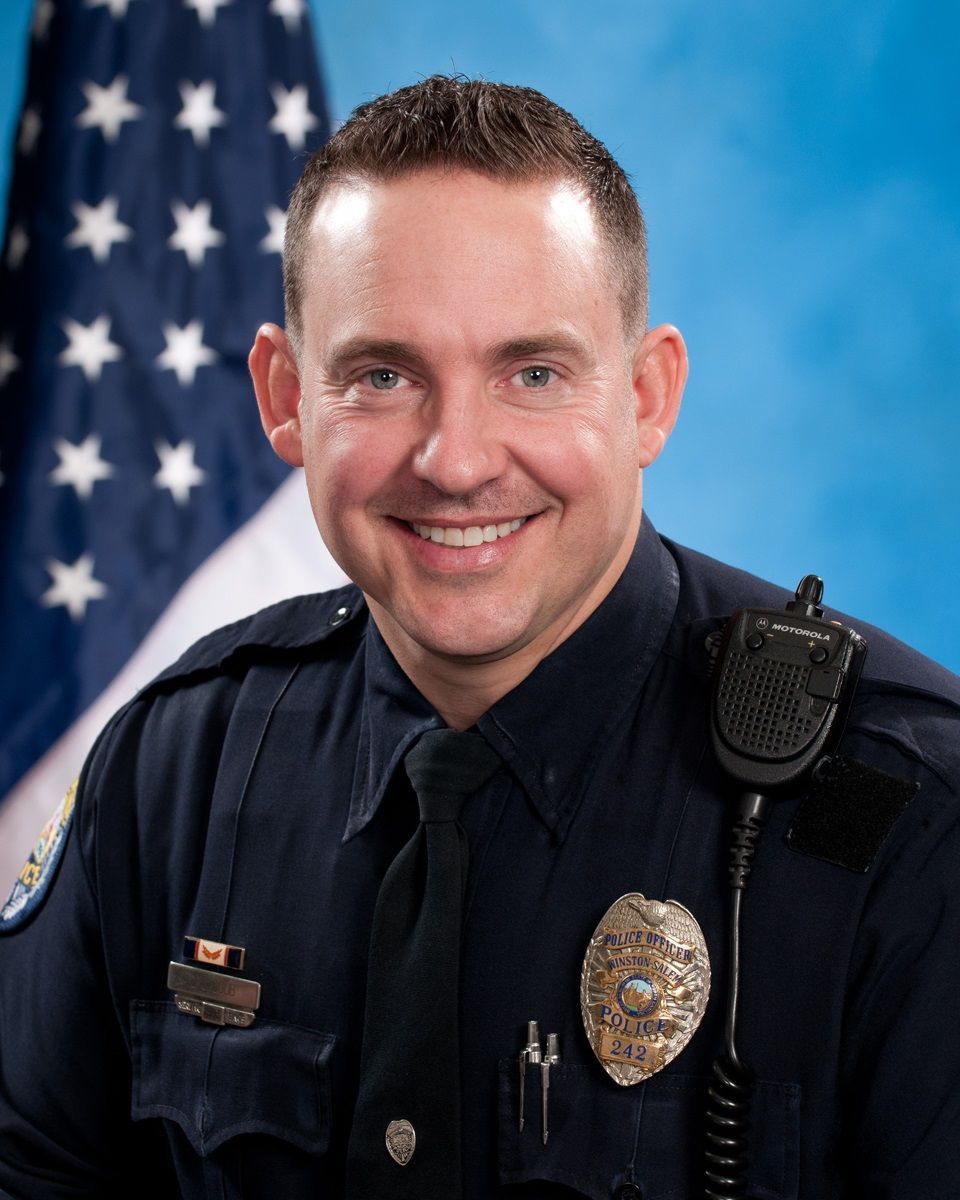 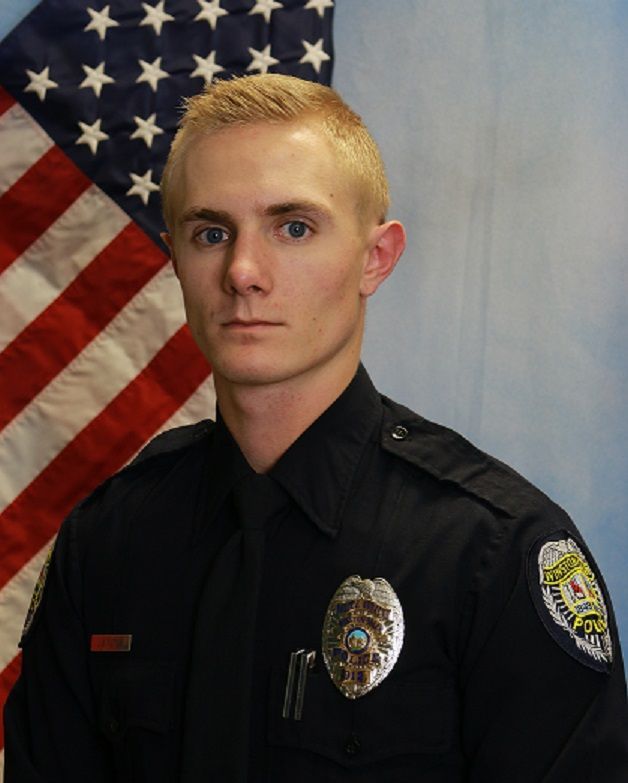