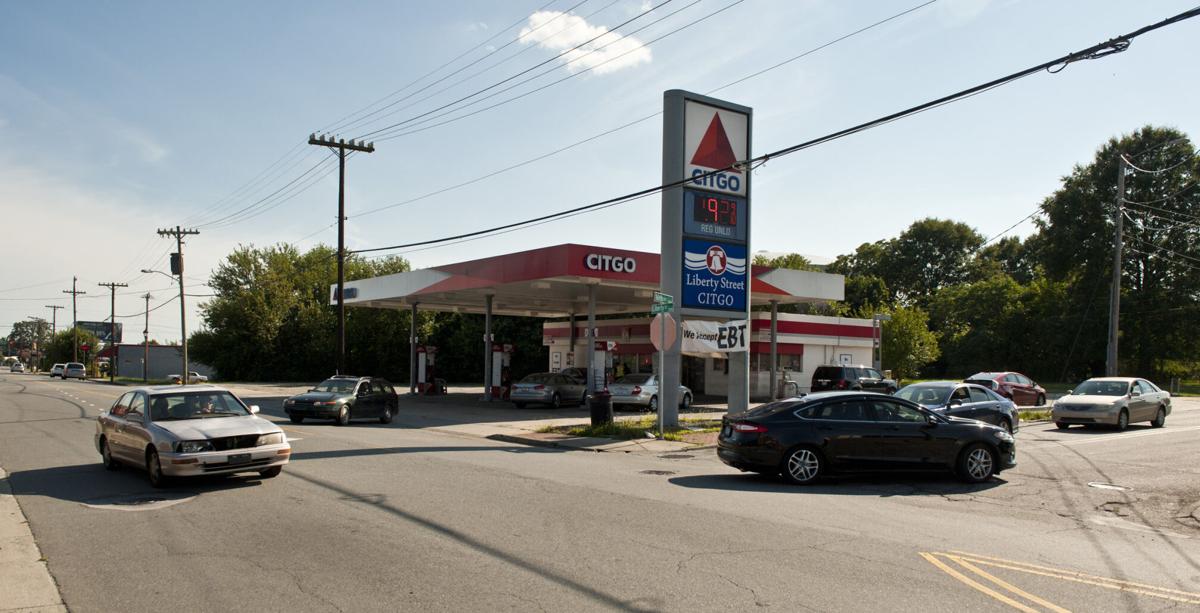 The city of Winston-Salem has filed a nuisance abatement action against the owner of the Liberty Street Citgo gas station. 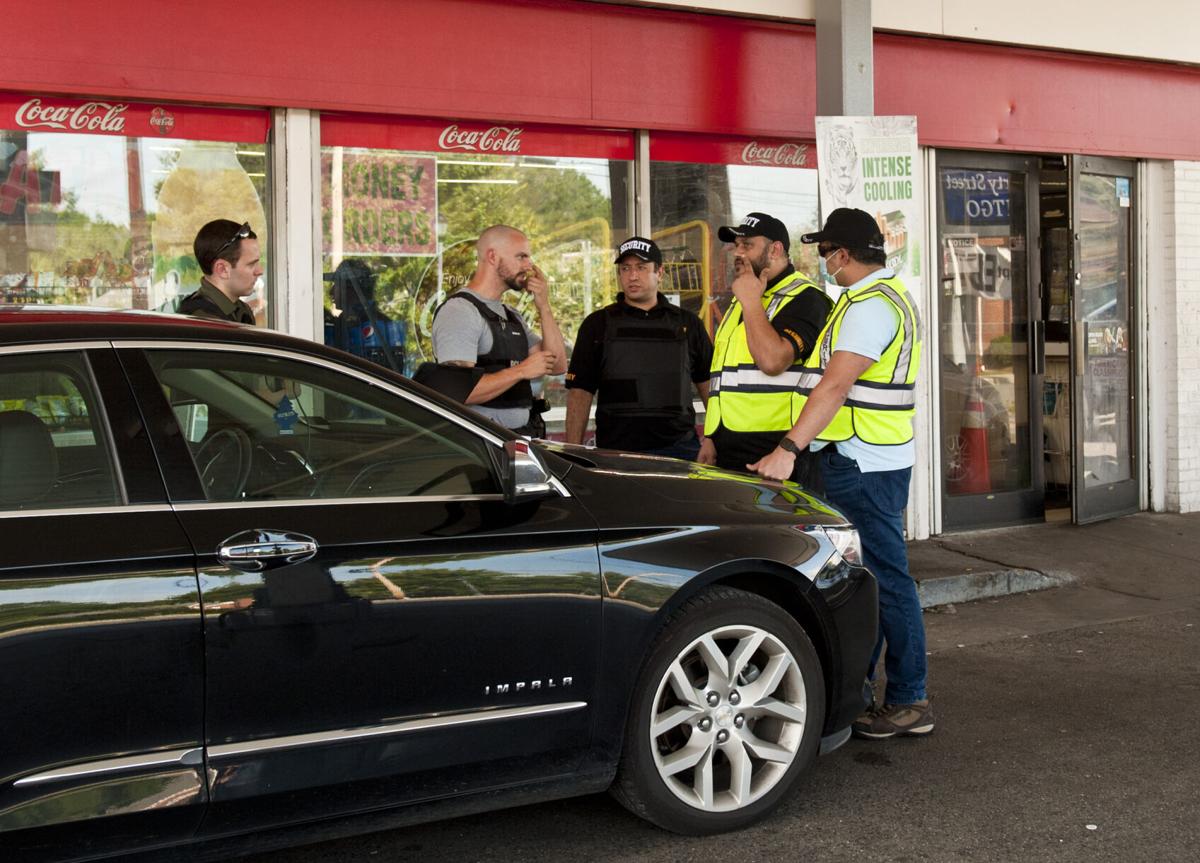 Mohamed Elmahdy, Ashraf Mohamed and Amro Elsayed talk with police at the Liberty Street Citgo about crimes that have happened in the neighborhood. 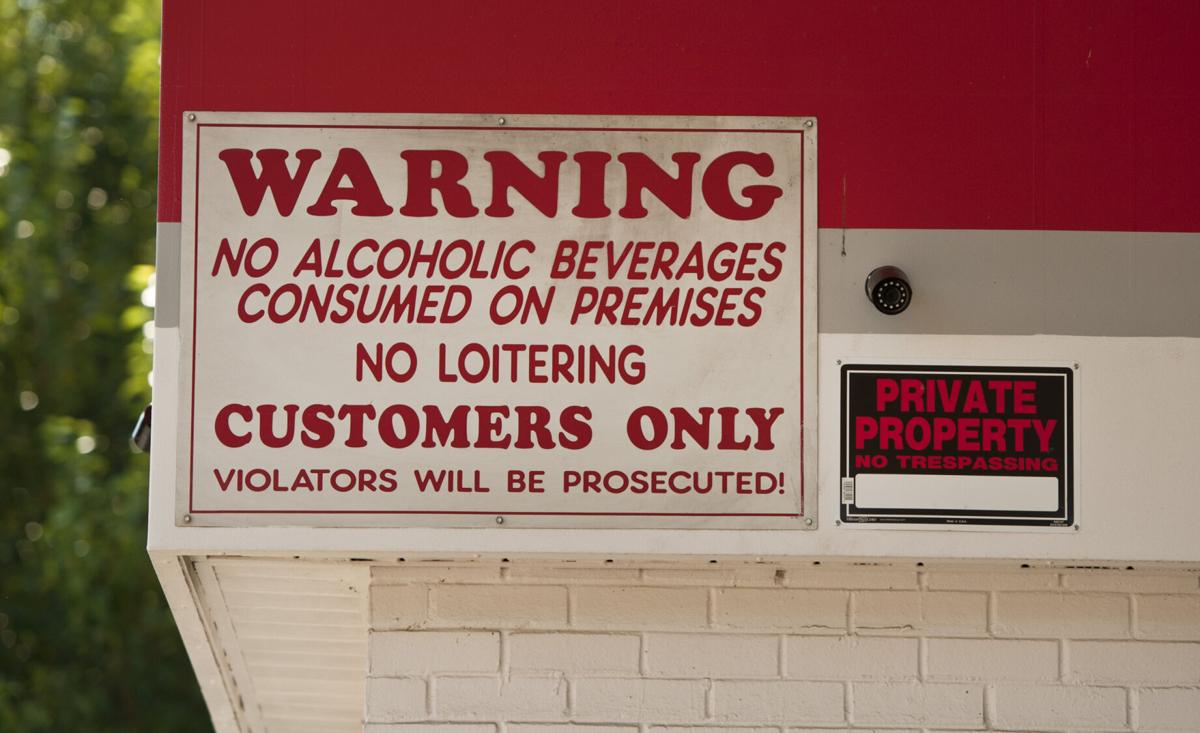 Warning signs and security cameras have been posted around the Liberty Street Citgo.

The city of Winston-Salem has filed a nuisance abatement action against the owner of the Liberty Street Citgo gas station. The business property has been the scene of recent violent crimes, including a shooting death in June.

The lawsuit names as defendants, East Winston Oil LLC, the owner of the Citgo station at 1522 N. Liberty St., and beneficiaries of that property, Truliant Federal Credit Union, Kelly Blue LLC, Shafic A. Andraos and his wife, Grace M. Andraos.

The city filed a similar nuisance abatement action on Aug. 21 against the owners of Rolling Hill Apartments in eastern Winston-Salem. In that lawsuit, the city alleged that the owners have allowed the apartment complex to become the scene of numerous crimes and violent acts.

In the past six years, the city has filed nuisance abatement actions against other local businesses, including the Budget Inn on Silas Creek Parkway, Carmon said Saturday.

The city wants a jury trial and is asking for the court to issue a temporary restraining order to prevent East Winston Oil from operating the gas station, which includes a convenience store, and a permanent injunction that would force the business to take steps to secure its property, according to the lawsuit.

The city also wants the court to order East Winston Oil to forfeit its gas station's property, money and contents and turn over the premises to the Winston-Salem/Forsyth County Board of Education.

The lawsuit is based upon the state law regarding nuisance activities, including three shootings within 15 days, which occurred at the Citgo gas station, Carmon said.

Officials with Truliant Federal Credit Union and the Andraoses, the owners of Kelly Blue LLC, couldn't be reached for comment. Those businesses, who are lenders to East Winston Oil, have a legal interest in the outcome of the city's legal action against the gas station, the lawsuit said.

Mohamed Elmahdy, the president of East Winston Oil LLC and the owner of the Citgo gas station, and Amro Elsayed, the gas station's manager, referred questions about the lawsuit to their attorney, Joshua Bennett of Winston-Salem. Elmahdy bought the gas station in January 2019.

Bennett said that his clients are not causing the crimes at the gas station.

"Neither the city nor my clients want crimes happening there," Bennett said. "Unfortunately, there have been quite a few instances that police have had to show up for."

The lawsuit alleges that Winston-Salem police responded to 452 calls for service at the gas station from Jan. 1 to Aug. 28. Those calls required police officers to expend more than 642 manhours at the gas station, according to the lawsuit.

After shots were fired at the gas station, Marcus Jerome Reid, 38, was found dead with a gunshot wound on North Liberty Street about 2 a.m. on June 27, police said. Officers arrested Jermaine Lamont Webster, 29, of Claremont Avenue, on July 1 and charged him with murder in Reid's death.

Elmahdy and Elsayed told the Winston-Salem Journal in late August that they have taken steps to reduce violent crime at the gas station, including hiring a security company. The gas station also has provided to police video surveillance footage of suspects committing crimes there, mostly in its parking lot.

The gas station, consisting of its building, parking lot and contents, is a nuisance under state law, according to the lawsuit.

The Citgo "has been operated in such a manner as to make it dangerous, disgraceful, intolerable for the residents living nearby, businesses operating in the vicinity, first responders reporting to calls for service … and the general public," the lawsuit said.

East Winston Oil also failed to reduce the Citgo's hours of operation and to develop a security plan to address the crime, according to the lawsuit. Unless the nuisance is ended, local residents will continue to be subjected to the dangerous conditions at the gas station, the lawsuit said.

The city also alleged that East Winston Oil didn't meet with the local neighborhood associations to determine what measures it could take the improve the situation at the gas station, the lawsuit said.

"A lawsuit indicates that there are some disputes to be resolved," Bennett said. "We believe that at the end of the day, our interests and the city's interests are aligned. We both want the same result."

Officials with East Winston Oil want to work with the city to settle this dispute, Bennett said.

"It's in everybody's best interests to have a good functioning business right there (at 1522 N. Liberty St.)," Bennett said. "Right now, you've got a taxpaying business that has the potential, I think, to be a good resource in that community."

Elmahdy had asked Carmon to delay filing any action against the gas station for 45 days, according to a letter that Carmon sent to Elmahdy on Sept. 2. Mohamed told Carmon that no criminal activities had occurred at the Citgo gas station for 15 days ending on Aug. 30.

In her response, Carmon denied Elmahdy's request, writing that police were called to the gas station between Aug. 15 and Aug. 30 on reports that included illegal drug activity, illegal beer sales in its parking lot and other disturbances.

"It is the city's position that the business has not developed and implemented meaningful and comprehensive measures to address the unacceptable level of criminal activity taking place there," Carmon wrote in her letter to Elmahdy.

Elmahdy replied on Sept. 3 in a letter to Carmon, saying that calls to police about illegal activity at the gas station had decreased. Elmahdy wrote any legal action that city filed against his business would be arbitrary and frivolous.

"It also can be considered that the city's motivation is racially based and discrimination against me, personally," Elmahdy wrote. Elmahdy is an Arab American.

The lawsuit isn't based upon race or any form of discrimination, Carmon said on Saturday.

A Lexington woman faces a murder charge after her child died Friday after being exposed to methadone, authorities said.

A Winston-Salem man faces multiple charges after he caused a two-vehicle crash Wednesday as police pursued him, according to a police accident…

Winston-Salem police have arrested a man on rape and other charges in two related incidents, authorities said.

The city of Winston-Salem has filed a nuisance abatement action against the owner of the Liberty Street Citgo gas station.

Mohamed Elmahdy, Ashraf Mohamed and Amro Elsayed talk with police at the Liberty Street Citgo about crimes that have happened in the neighborhood.

Warning signs and security cameras have been posted around the Liberty Street Citgo.