A Winston-Salem man and a Greensboro man face murder charges in connection to fatal drug overdose in 2020, according to a news release from the Davidson County Sheriff’s Office.

Tyler Brown, 26, of Winston-Salem, and Corey Mitchell, 47, of Greensboro, have both been charged with second-degree murder and death by distribution, the news release said.

Deputies with the Davidson County Sheriff’s Office went to Midway Commons’ parking lot, 189 Hickory Tree Road, on April 3, 2020, on a report of a death. Deputies found Justin Aldridge 24, of Winston-Salem, dead inside of a vehicle. Aldridge had been reported missing on April 1, 2020, to the Winston-Salem Police Department.

Detectives with the Davidson County Sheriff’s Office began an investigation, and Aldridge’s body was taken to a medical examiner’s office, where an autopsy was performed. The sheriff’s office said it was determined that Aldridge died from a fentanyl-related overdose. The sheriff’s office worked with the Greensboro Police Department, the Winston-Salem Police Department and Homeland Security Investigations.

Information on bond and court dates was not immediately available.

Wake Forest Baptist Church, an influential voice in social justice issues and part of a nearly two-century tradition of a Baptist congregation…

Beth Macy, whose book Dopesick was turned into a Hulu series, will talk about her new book, Raising Lazarus: Hope, Justice and the Future of America's Overdose Crisis, at 7 p.m., on Aug. 16, at Calvary Moravian Church.

For the record: I'm not sick. Change in appearance brings lots of questions.

The questions — from family, friends, acquaintances, professional contacts and people accustomed to seeing this face in an old photo the size …

Suspect dead, officer injured in shooting at gas station in Clemmons. Woman says man was shot as he was running away from officers.

Law enforcement officers fatally shot a man in the parking lot of a Clemmons convenience store Friday morning, in what authorities called an e…

President Joe Biden has nominated Winston-Salem Police Chief Catrina Thompson to serve as a U.S. Marshal for the Middle District of North Carolina.

A Winston-Salem man died Wednesday after his motorcycle collided with a vehicle at the intersection of Peters Creek Parkway and Ethel Drive, a…

Bear gets drunk off honey in Turkey

Bear gets drunk off honey in Turkey 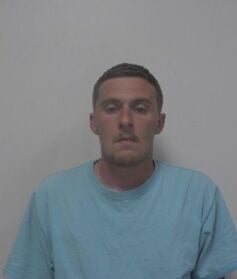 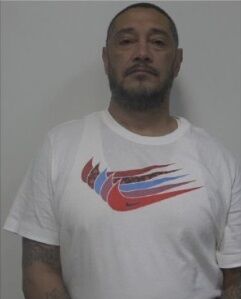