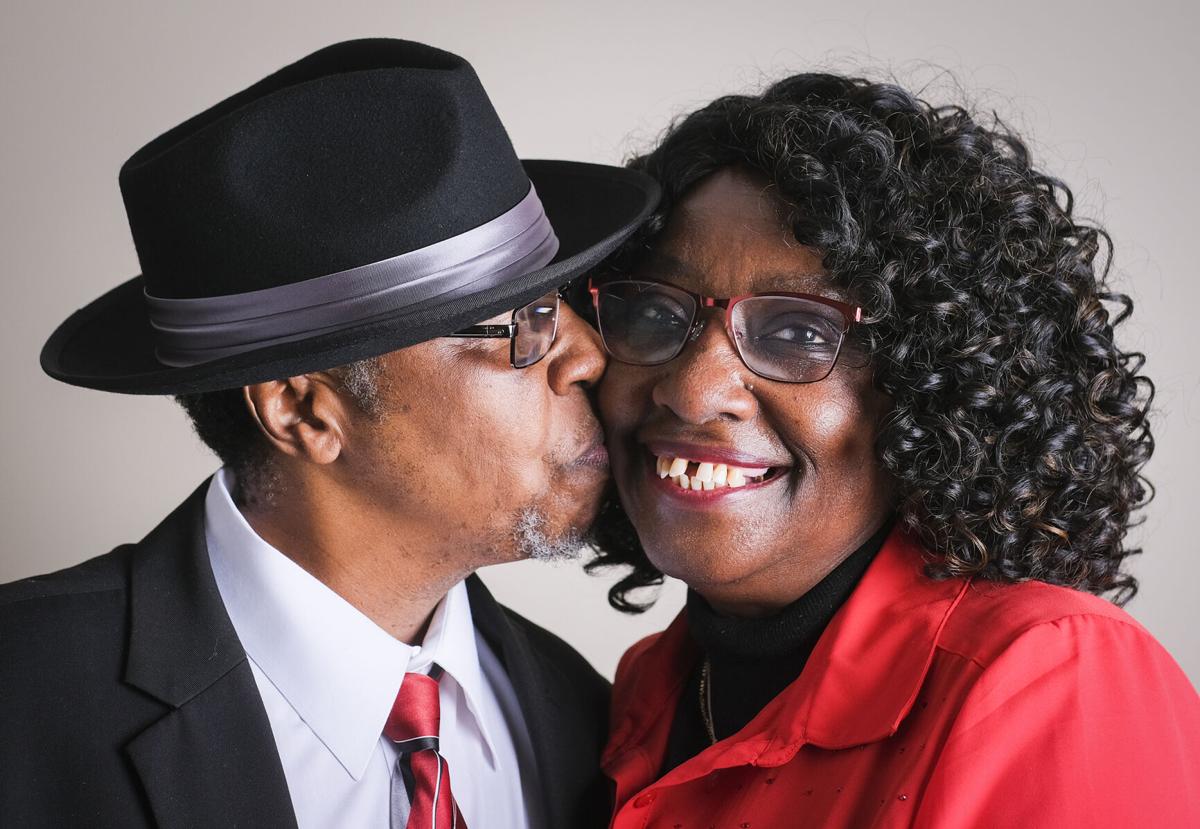 James Spates and his fiancee, Vivian White, stand for a portrait on Wednesday in Winston-Salem. 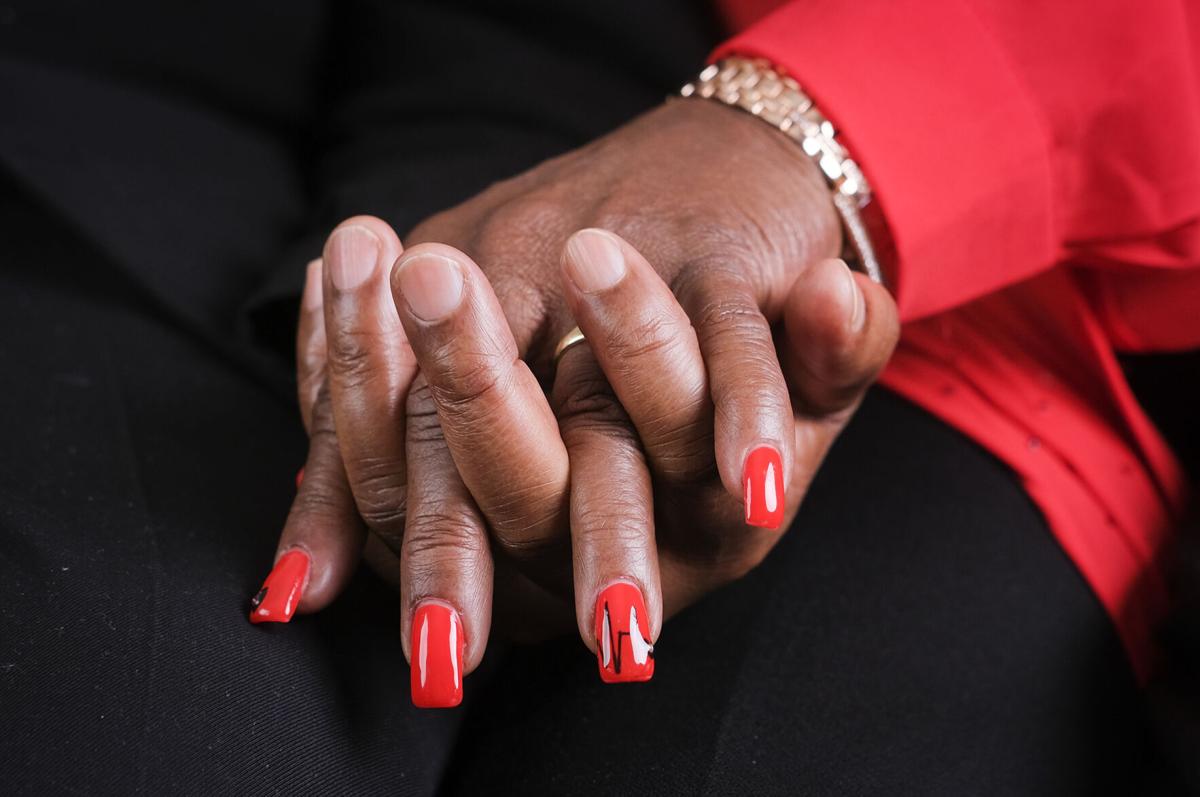 James Spates and his fiancee, Vivian White, hold hands during a portrait session on Wednesday in Winston-Salem.

Last fall, after some prodding from a friend, James Spates wrote Vivian White a letter.

The former sweethearts figured the other had moved on, and that time had stamped out the love that burned between them back when they were teenagers in the 1960s.

After he abruptly moved to New Jersey to take care of his ailing mother in 1966, they saw each other a few times through the years before she lost track of him.

Vivian had tried to find James. She had urgent news. She even swung through New Jersey on a trip to New York only to find that he no longer lived there.

The trail was cold, and Vivian went on with her life.

"This is James Spates," the letter read. Vivian was skeptical.

“I thought somebody was playing with me,” she said.

The letter led to a phone call, and still, Vivian wanted more proof.

She invited James to dinner at her home in Greensboro. It was only when she saw him, through eyes brimmed with tears, that she let herself believe that it really was James, her sweet, handsome James.

The story of James and Vivian’s reunion is filled with surprises, near-misses and a minor but critical appearance from an R&B singer best-known for her hit “Mashed Potato Time," one of the best-selling singles of 1962.

That song, and the accompanying dance, was all the rage just a few years before a young Vivian spotted the good-looking boy in black slacks and a yellow shirt hanging out near some ball fields on Washington Street in Greensboro.

James noticed her, too, and worked up the courage to talk to her. Soon, they went to a movie, a teen-romance flick.

“She was beautiful, gorgeous, bubbly,” James said. “She had all the things I was looking for in a young lady.”

Theirs was a classic mid-century courtship. He swung by her house each morning to carry her books and hold her hand as they walked to Dudley High School. In the evenings, they would sit on her front porch well into the night, talking and looking at the full moon, until her mom shooed him away.

A few years later, he was called to New Jersey to take care of his ailing mom.

He told a heartbroken Vivian: “I’ll be back.”

As usually happens with young love, their commitment withered as they made big life decisions. James, a 1966 graduate of Dudley, eventually majored in communications at William Paterson University in Wayne, N.J., and was befriended by Mal Goode, the first Black man to be a network news correspondent. He told James that if he got his degree, he would help him find a job in radio.

“From then on,” James said, “my career blossomed.”

James took on the moniker Jim Starr and worked as a DJ in Cambridge, Md., and Nashville, Tenn., where he was host of a blues show.

In 2019, he was inducted into the National Black Radio Hall of Fame.

A few years ago, while working at WTOB in Winston-Salem, he tried landing an interview with Dee Dee Sharp, a one-time teen idol who sang background vocals for such early rock and rollers as Lloyd Price and Chubby Checker. Sharp's claim to fame is the smash single, "Mashed Potato Time."

Wary of unsolicited interview requests, Sharp asked her friend, music producer Dan McKeown to see if this Starr fellow was legitimate. Like Sharp, McKeown is a Philadelphian who has worked with The Trammps (best known for "Disco Inferno) and Billy Paul (best known for "Me and Mrs. Jones).

McKeown called James, and they bonded, trading stories about radio and reminiscing about the 1960s. James landed the interview with Sharp.

Meanwhile, McKeown and James continued to talk weekly by phone. During those calls, McKeown discerned that James never mentioned a wife, girlfriend or children.

One day he asked him: “Hey man, any loves in your life?”

James, who had married and divorced years ago, was quick with his answer.

“I had this girl 50 years ago,” he told McKeown. “I love that girl, man. And I wonder what happened to her.”

"After I lost contact, I used to think, ‘Does he think about me?’ because I always thought about him,” she said.

Vivian moved on. After graduating from Dudley in 1969, she went to college at N.C. A&T State University then became an EMT. She married and divorced. A grandmother, she now trains students to be EMTs and paramedics at Guilford Technical Community College in Jamestown.

She had no idea that a few years ago, the love of her life, the man who seemed to have fallen off the face of the earth was living 30 miles away.

“For years, he’s in my back yard,” Vivian said.

McKeown was determined to help his lonely friend. He got on Facebook, found a Vivian White and forwarded some photos to James, who isn’t on social media. It was her.

On James' behalf, McKeown sent a Facebook message to Vivian; months passed and no answer.

Finally, he found her address, passed it to James and urged him to write that letter.

Once together, Vivian had something to share with James.

She showed him a photo of her holding a baby. Who’s the baby? James asked.

“Honey,” she answered, “think about it. Why do you think I was trying to find you in New Jersey?”

Lareese White, 50, has spent the last few months getting to know her father and introducing him to his two grandchildren, Lorenza and Zoe.

Suddenly, James has a family.

And in a few months, he and Vivian will marry.

James, 74, and Vivian, 70, have scheduled a September wedding. McKeown will be there, and so will Sharp, who told her friend Vivian that she will sing, though probably not "Mashed Potato Time."

Vivian and James laugh often as they retell their story, awed by how it all played out.

“I thought this man was gone forever,” she said.

James Spates and his fiancee, Vivian White, stand for a portrait on Wednesday in Winston-Salem.

James Spates and his fiancee, Vivian White, hold hands during a portrait session on Wednesday in Winston-Salem.