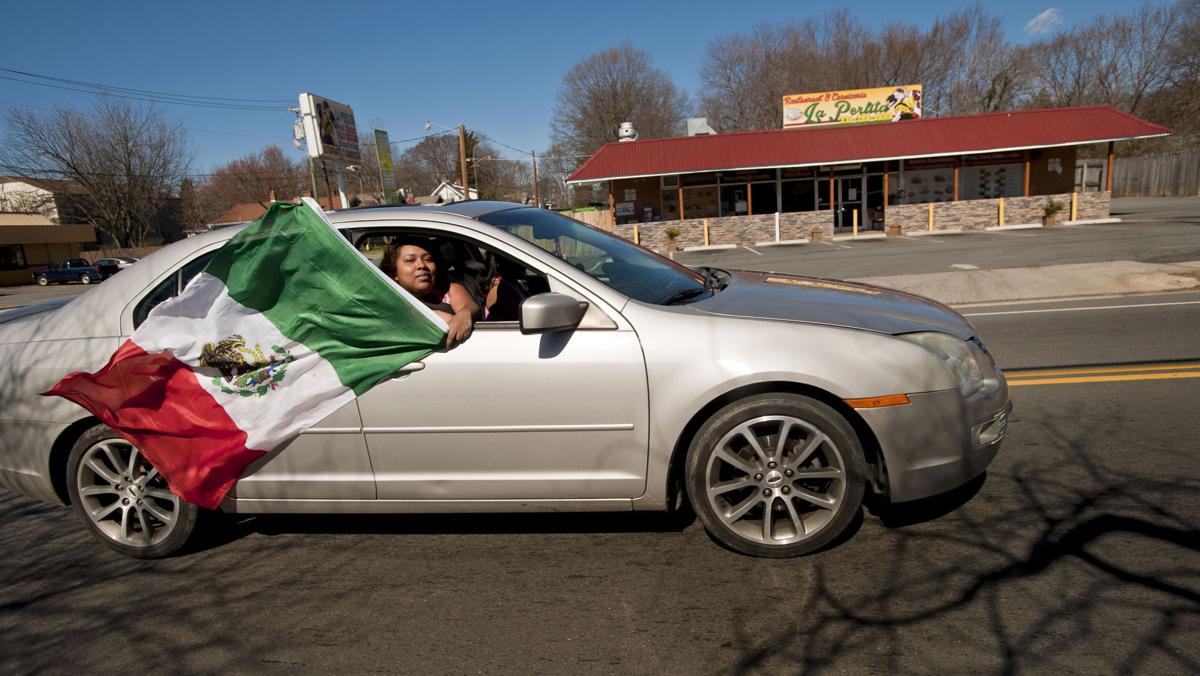 Two women drive down Waughtown Street, honking their car horn and displaying a Mexican flag as they pass La Perlita, a Mexican restaurant that was closed Thursday for the Day Without Immigrants. The idea was to show that immigrants have a valuable role in the U.S. 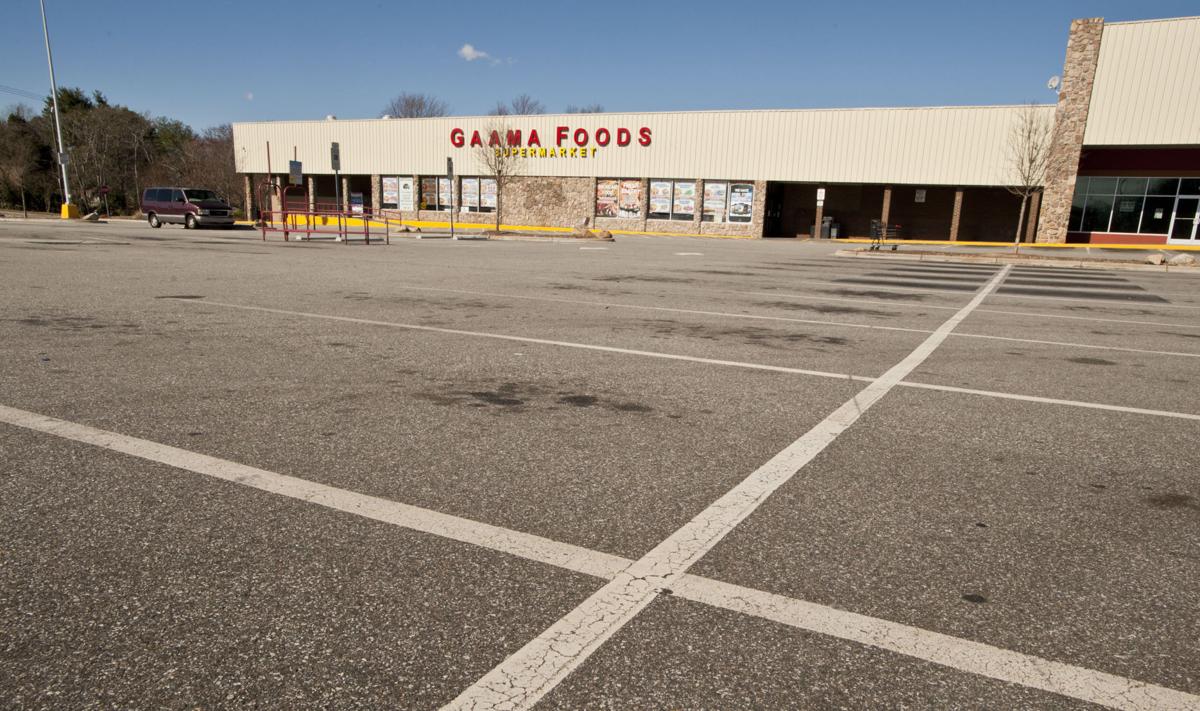 The parking lot in front of Gaama Foods in Southeast Plaza was nearly empty Thursday. The store was closed in observance of the Day Without Immigrants. 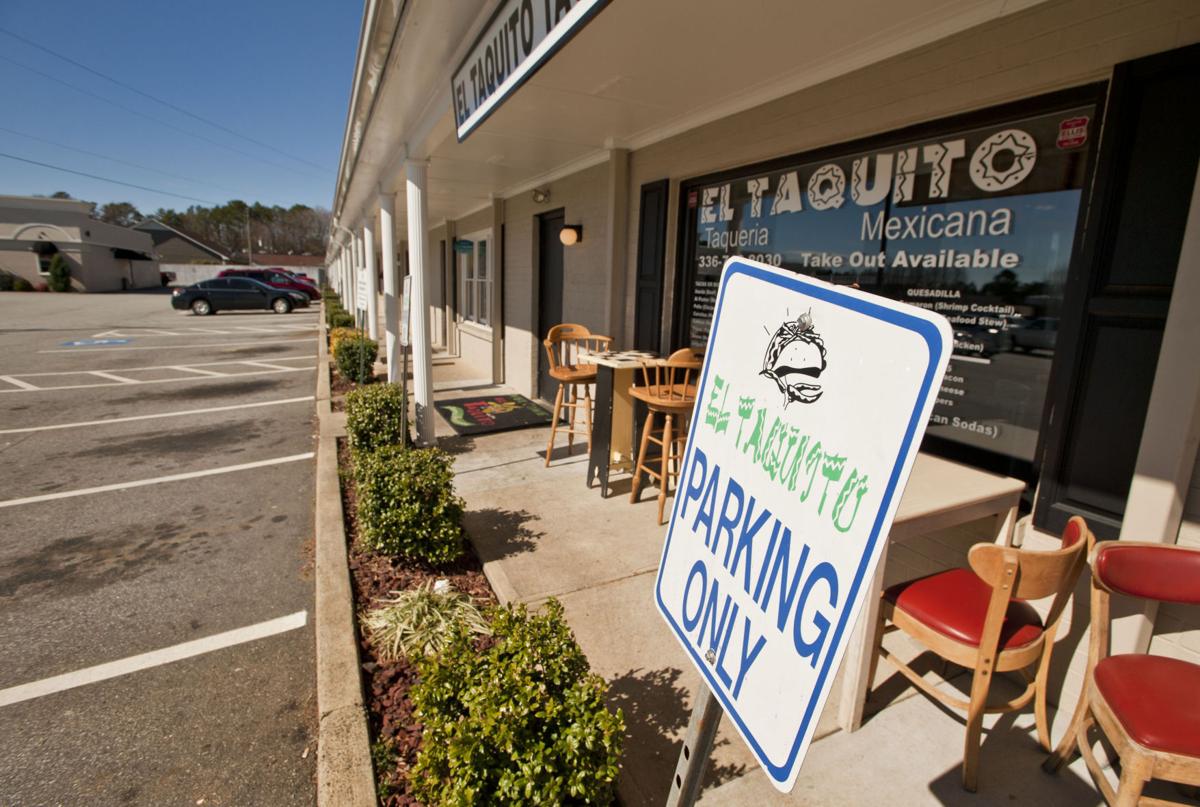 The parking lot outside of El Taquito restaurant in Clemmons is empty at lunch Thursday as the restaurant is closed in observance of the Day Without Immigrants. 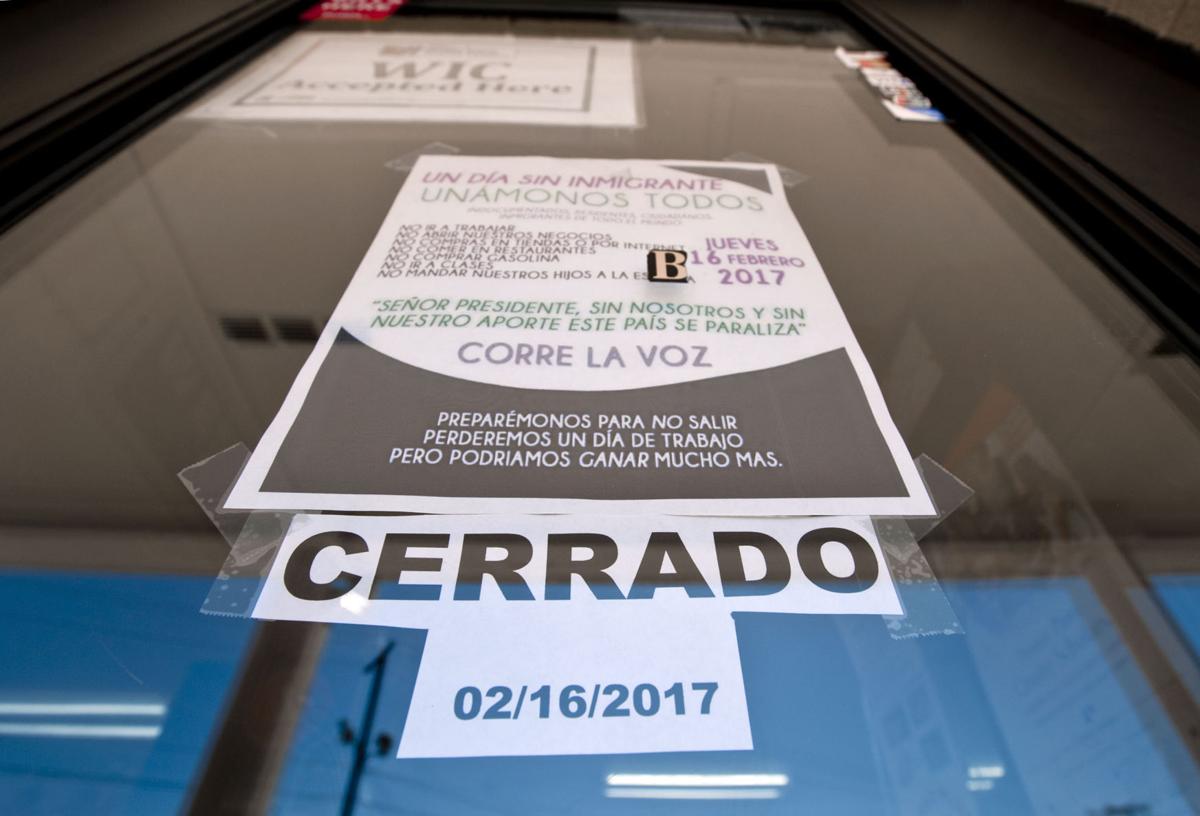 says the grocery store is closed in support of the Day Without Immigrants.

Cafeteria-style tables at La Perlita, a Mexican restaurant, teem with workers on their lunch hour trying to fill their bellies. Carnicería El Rey sells cuts of meat. Down the road, cars pack the parking lot of Southeast Plaza, where shoppers buy groceries at Gamma Foods.

This was a Day Without Immigrants, a national event that started primarily through social media. Immigrants and their non-immigrant supporters, many of them Hispanic, some of them unauthorized to be in the United States, staged a boycott of sorts.

The idea was to demonstrate that immigrants — including unauthorized immigrants as well as their U.S. citizen relatives — make up an important part of the country, according to Peter Siavelis, a professor in Wake Forest University’s politics and international-affairs department.

There’s no distinction anymore among immigrants, whether authorized or authorized, visa holders or green-card holders, Siavelis said. And they were not making demands, just saying that they work hard and are not second-class citizens, even those who are U.S. citizens, he said.

The demonstration was in part motivated by President Donald Trump’s executive order targeting unauthorized immigrants in the United States.

Mark Atkinson, an immigration lawyer in Winston-Salem, describes it as the “kitchen sink” order because it directs U.S. Immigration and Customs Enforcement, or ICE, to treat most of the estimated 11 million unauthorized immigrants as a high priority for deportation — even those who have not been charged with a crime.

By comparison, in the later years of President Barack Obama administration, those with serious criminal records were classified as a high priority.

As part of his reasoning, Obama cited the use of prosecutorial discretion because the immigration courts in the United States can handle only so many cases. As things stand, there is a backlog of about 533,000 cases, according to Syracuse University’s Transactional Records Access Clearinghouse, or TRAC, which researches data related to immigration cases in the United States.

Last week, ICE detained 190 people in the Carolinas and Georgia — 84 of them in North Carolina.

“If you have your hand on the pulse of immigrants, it’s the fear that Trump has put in immigrants — Latinos — even legal immigrants,” Siavelis said.

For Valeria Cobos, “It’s about showing people that we’re here.”

Cobos was brought to the United States without authorization when she was less than 2 years old by her parents from Mexico and has lived in Winston-Salem since 2001.

Now 25, she is a legal permanent resident, a green-card holder with an 8-year-old son in elementary school. On Thursday, she did not show up for her customer-service job at a local credit union. She did not attend class at Salem College, and she kept her son out of school.

Rather, Cobos went to Charlotte with her son to participate in a large demonstration there connected with Day Without Immigrants. There were white people, black people, middle-aged and young, she said: “That was my biggest joy, to see this coming together. We’re your neighbors.”

Her son was not the only one who stayed out of school.

Nearly 10,000 students were absent from Winston-Salem/Forsyth County Schools — more than twice as many students as were absent the day before. Brent Campbell, a spokesman for the school system, said absences did spike Thursday — to nearly one-fifth of the system’s student population — but school officials couldn’t cite a specific reason for the absences.

“We can’t attribute that to any one thing, as we don’t ask why students are absent,” Campbell said.

Shelia Burnette, the principal at Konnoak Elementary School, knew exactly why more than one-third of her students were absent Thursday.

“We expected it,” Burnette said. “We have a large population of students who are new to our country or have family members who are new.”

About half of Konnoak’s students are Hispanic.

Burnette said the school operated as usual, even with 236 students absent. The absences will be treated normally, she said.

“We know parents had to make a difficult decision, to have their child at school or not,” she said. “We know they have the right to do that and support that right.”

Many other schools in the school system, primarily those with a large number of Hispanic students, saw similar spikes in absences.

Other schools were largely unaffected by the Day Without Immigrants. Schools where Hispanic students make up less than 15 percent of the population saw little to no change in their absent rate Thursday.

Some businesses that rely heavily on Hispanic workers were open, including Mi Pueblo off Lewisville-Clemmons Road in Clemmons and Pancho Villa’s on South Stratford Road. Some closed early, such as Midtown Cafe and Desserty, also on South Stratford. Restaurants in other areas of Winston-Salem were also closed, including the Guadalajara restaurant on Peters Creek Parkway and Compare Foods on Silas Creek Parkway.

Raquel Severino drove up to Compare for groceries to find out it was closed.

“These are people just like you and me. They pay rent. They feed their families. They work hard,” said Severino, 35, of Dominican descent.

Like Severino, Rosa Bibiano also found out that Compare was closed when she drove up.

“It’s a good thing, what they’re doing,” Bibiano, 38, said in Spanish. “Hispanics are doing this to give people a sense that they are important for this country.”

In the Waughtown area, streets that usually buzz with activity at noon were empty, which took Nathan Hampton by surprise as he had driven to a convenience store to pay his power bill.

Did you feel the effects of the Day Without Immigrants protest?

Two women drive down Waughtown Street, honking their car horn and displaying a Mexican flag as they pass La Perlita, a Mexican restaurant that was closed Thursday for the Day Without Immigrants. The idea was to show that immigrants have a valuable role in the U.S.

The parking lot in front of Gaama Foods in Southeast Plaza was nearly empty Thursday. The store was closed in observance of the Day Without Immigrants.

The parking lot outside of El Taquito restaurant in Clemmons is empty at lunch Thursday as the restaurant is closed in observance of the Day Without Immigrants.

says the grocery store is closed in support of the Day Without Immigrants.