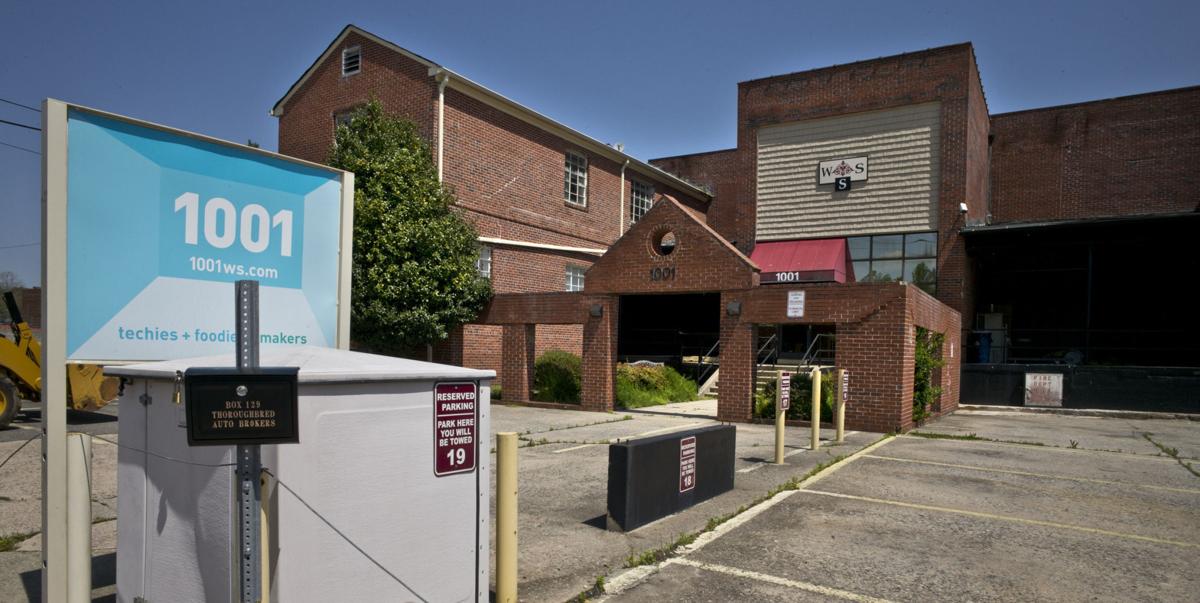 A former factory and business center at 1001 South Marshall St. is slated for a fresh makeover as a culinary business startup center. 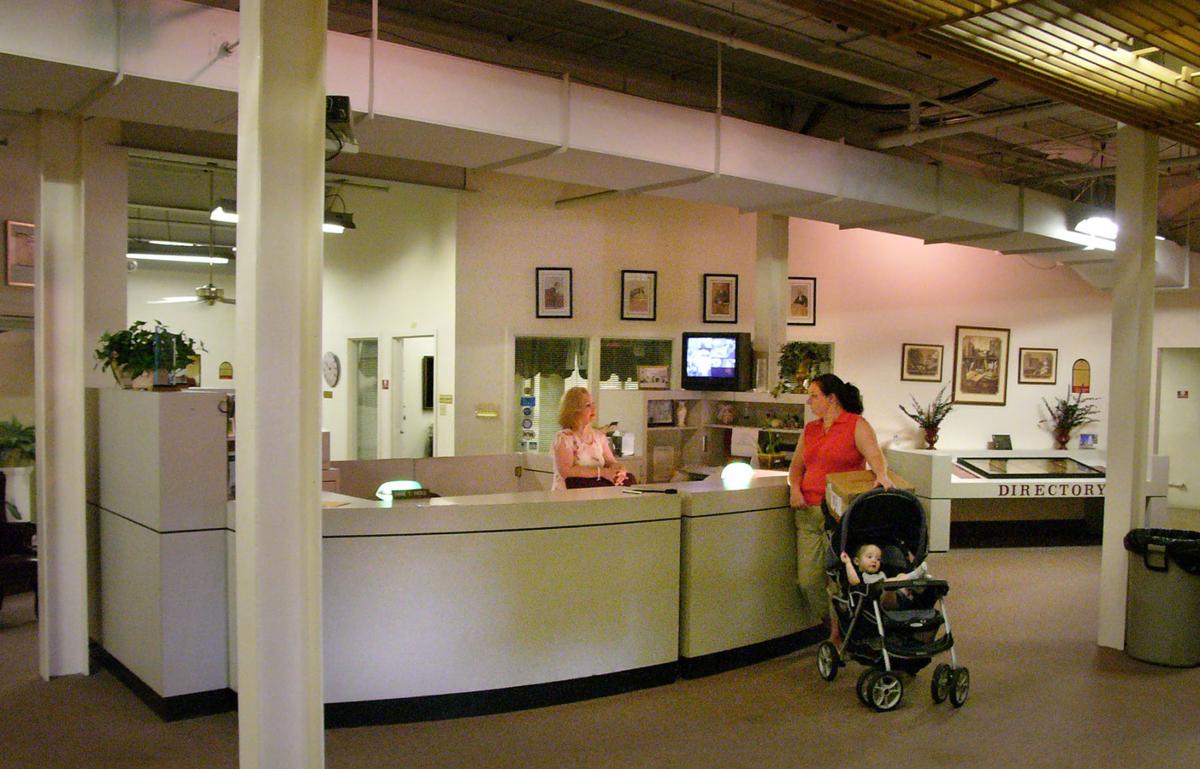 The lobby of the building from 2007, when it was the Hewitt Business Center at Old Salem.

A group of companies hopes to turn the former Hewitt Business Center building on South Marshall Street into a space where people with culinary and other creative talents can turn their dreams into businesses.

It’s a $26 million project that would be financed with a combination of tax credits, general obligation bonds, grants and private equity, but members of the Winston-Salem City Council’s Finance Committee are saying they need to know a lot more of the details before they’re ready to sign on.

Proponents of the center talked to the Finance Committee of the Winston-Salem City Council recently, explaining their plans to use the former Bahnson Company building at 1001 S. Marshall Street as the headquarters for their effort.

Once called the Page Business and Technology Center, the building in 1997 became the Hewitt Business Center. A few years ago, the name was changed to West Salem Square.

Now called 1001, after the building’s address, the effort has backers who include local people such as Margaret Norfleet-Neff, manager of Beta Verde LLC and one of the organizers of Old Salem’s Cobblestone Farmer’s Market, and out-of-town resident Bill Struever, manager of Cross Street Partners in Baltimore.

The 1001 group already has a website up and running, on which they explain that their goal is to support “Winston-Salem’s creative and culinary ecosystem” inside the 130,000-square-foot building.

As explained on the website, the group wants to bring together “designers, engineers, artists, growers, makers, distributors, retailers, restaurateurs and entrepreneurs” and create “a culture of open innovation.”

The group envisions a shared-use commercial kitchen on the site, as well as spaces for clothing design, community arts, pilates and yoga studios, shared office spaces, light industrial studios and a cafe. Startup efforts could expand into production space at the site.

According to information 1001 provided to city leaders, the building would be a site for culinary workforce training by Triad Community Kitchen and would focus on helping people “currently left out of economic growth trends.”

The group said it hopes to launch 70 food enterprises creating more than 100 jobs within three years, with most of them being minority- or woman-owned enterprises.

“The food industry has a tremendous amount of potential growth,” Norfleet-Neff told members of the Finance Committee.

Faye Horwitt, the executive director of the nonprofit group Hustle Winston-Salem, told council members that she sees the proposed center as “a perfect fit for us.” The group’s mission is to provide entrepreneurial support and training for women, minorities and marginalized neighborhoods.

Struever told the Finance Committee that the 1001’s goal is to create an operation that would be self-sustaining within seven years.

Struever is a familiar name here, since as president of Struever Bros. Eccles & Rouse he led the company that was initially chosen in 2008 to lead development of the Wake Forest Innovation Quarter, then known as the Piedmont Triad Research Park.

Struever Bros. bowed out of the research park in 2009 because of financial troubles. Since then, Struever has become managing partner of Cross Street Partners, a company that continues urban redevelopment efforts.

According to the proponents of the center, the project has firm commitments for tenancy from the following: GAIA Concepts, organic clothing design and manufacturing; Triad Community Kitchen, with a shared-use kitchen and workforce training; and CHRISTALine Studios, providing custom medical wigs.

Although council members said they liked the ideas behind the plan, they were much cooler on the prospect of providing $4 million from city coffers to the group, in addition to a share of the $2 million the group is requesting from the city and the county in incentive money.

“I love the concept, I think it is great,” said Council Member D.D. Adams.

“My only concern is that it is a big lift. I just don’t see where we could get this kind of money from right now.” Adams went on to say that she needs to know more about “how this is going to affect the community that is being left out.”

There is enough money in 2014 economic development bond funds from the city, but Council Member Jeff MacIntosh told the group that “the price tag seems a little high in terms of what we have to use for development in the entire city.”

On the other hand, John Larson, the South Ward council member, spoke favorably about the project as one that would help his part of town. Larson said the building was once part of the Southeast Gateway plan that was put together in the 1990s to give an economic boost to the area.

“The long-term disposition of this building is problematic in the South Ward,” Larson said, adding that lack of development of the building would hinder development in the area. Larson said the project could have a great “spinoff effect” on development.

“I would somehow try to come back with a phasing of the work,” Clark said.

Norfleet-Neff said the group behind the project would be presenting more information to city leaders next month.

A former factory and business center at 1001 South Marshall St. is slated for a fresh makeover as a culinary business startup center.

The lobby of the building from 2007, when it was the Hewitt Business Center at Old Salem.