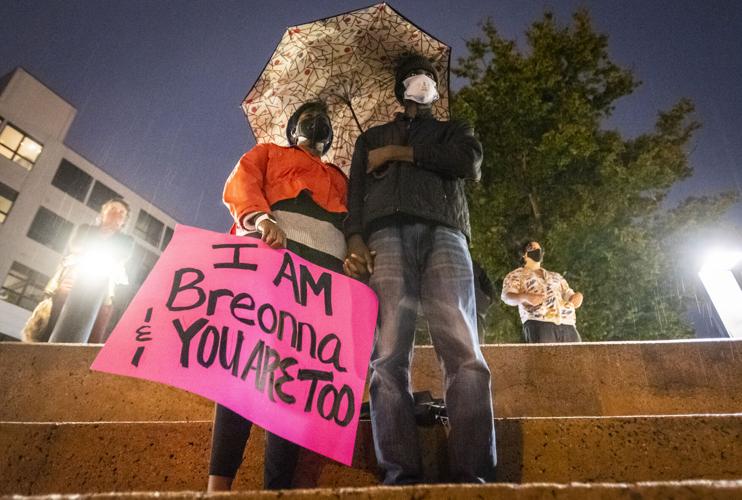 A pair of demonstrators listen to speakers during a rally for Breonna Taylor and Black Women Victims of Police Violence on Thursday in Winston-Salem. 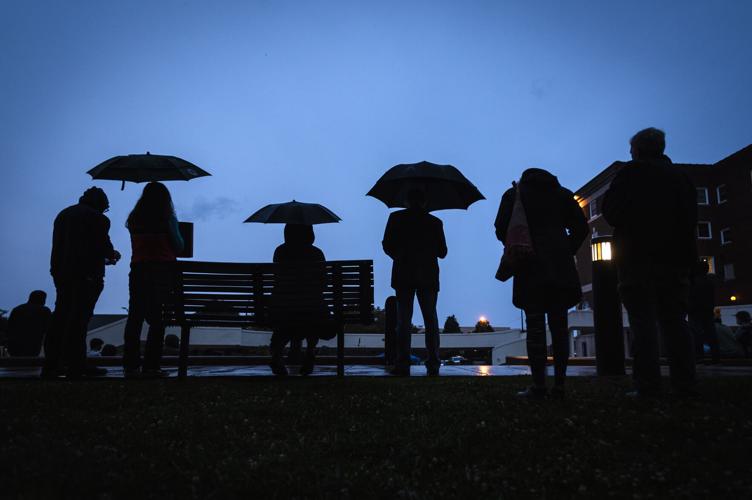 Demonstrators gather in the rain at Winston Square Park for a rally for Breonna Taylor and Black Women Victims of Police Violence on Thursday in Winston-Salem. 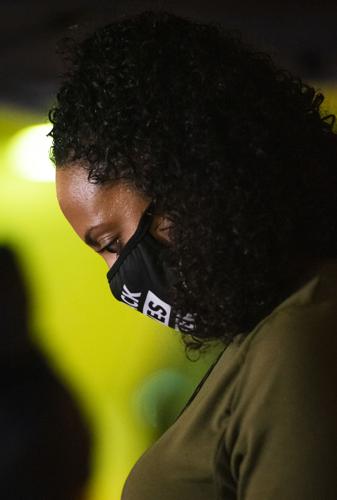 Brittany Battle, an organizer with the Triad Abolition Project, listens to a speaker during a rally for Breonna Taylor and Black Women Victims of Police Violence. 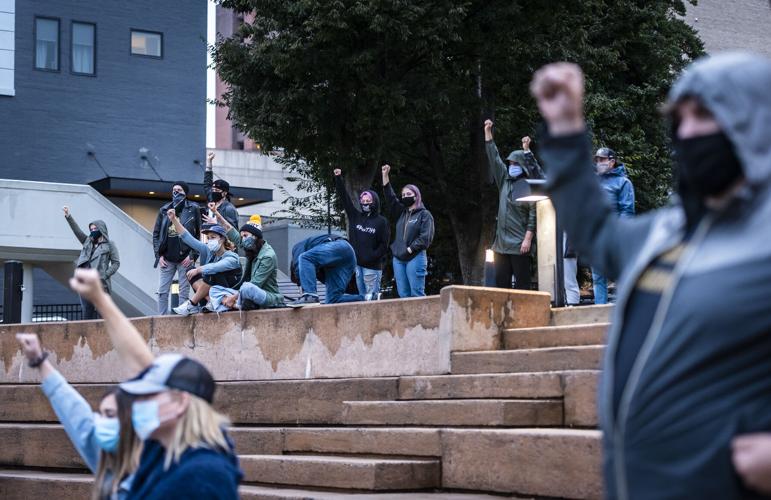 Demonstrators raise their fists during a rally for Breonna Taylor and Black Women Victims of Police Violence on Thursday in Winston-Salem.

About 60 people attended a rally Thursday night for Breonna Taylor amid a cool and steady rain at Winston Square Park in Winston-Salem.

On the stage, organizers displayed signs that said, "Where's the Justice, "It's About Being Black in America," "Breonna's Life Mattered," and "It's About Us."

During the event, the attendees chanted, "Say her name, Breonna Taylor," and "It our duty to fight for our freedom. It's our duty to win."

The rally was for Taylor and other black women who have been killed by state-sanctioned, white supremacist police violence, Battle said.

Taylor, 26, an emergency medical worker in Louisville, Ky., was shot multiple times by white officers after one of them was shot while bursting into her home during a narcotics investigation on March 13.

A Jefferson County grand jury in Louisville returned three charges of wanton endangerment Wednesday against fired Officer Brett Hankison over shooting into a home next to Taylor’s with people inside. But no charges were brought in Taylor's death.

Demonstrators in Winston-Salem and elsewhere lashed out at a criminal justice system they say is stacked against Black people. Violence seized the demonstrations in Louisville as gunfire rang out and wounded two Louisville police officers.

The officers involved in the Taylor case used a no-knock warrant that lawmakers created in the 1970s as a tool to fight the war on drugs, said Battle, a sociology professor at Wake Forest University.

At that time, politicians believed that "drugs were so dangerous, and people who were selling drugs were so dangerous and so unruly that any tactic necessary could be used, including kicking someone's door down in the middle of the night, not announcing yourselves and shooting at them, ending their lives," Battle said.

Research shows that eight to 10 people who are not involved with the illegal drug trade are killed by police every year in their homes, Battle said.

Taylor is one of those victims, Battle said.

"What these police did was in fact sanctioned by law enforcement," Battle said of the officers involved in the Taylor case.

The criminal legal system is not a criminal justice system "because there is no justice there. In that system, what matters is legality, not morality," she said.

The system was designed to uphold white supremacy, Battle said.

Another speaker, Miranda Jones, an organizer with Hate out of Winston, said that Taylor wouldn't have been killed if she had been a white woman.

Jones urged the attendees to vote in November elections to put an end to genocide.

"Our lives are cheap," Jones said. "We don't get justice. We get a painting on a street. So what street, I ask, will you paint now."

Taylor was asleep when the officers entered her home, Jones said.

Jones also criticized the Winston-Salem City Council for allocating $78 million to the city's police department, calling it a concession to their white constituents.

Ikulture Chandler of Winston-Salem told the attendees that police officers are criminal suspects and not heroes when they kill defenseless black women.

"If black women continue to lose their lives under these circumstances, how will police officers ever be held accountable … if we have no one to speak for us," Chandler said. "We are alone."

"We don't have a system that helps us stand up," Chandler said.

A chain reaction crash on N.C. 67 in October that involved a animal-services officer employed by the Forsyth County Sheriff's Office has caused financial and emotional hardship for victims. A settlement policy approved by the county might help but details are still being worked out.

The line of royal succession explained with new baby news

A pair of demonstrators listen to speakers during a rally for Breonna Taylor and Black Women Victims of Police Violence on Thursday in Winston-Salem.

Demonstrators gather in the rain at Winston Square Park for a rally for Breonna Taylor and Black Women Victims of Police Violence on Thursday in Winston-Salem.

Brittany Battle, an organizer with the Triad Abolition Project, listens to a speaker during a rally for Breonna Taylor and Black Women Victims of Police Violence.

Demonstrators raise their fists during a rally for Breonna Taylor and Black Women Victims of Police Violence on Thursday in Winston-Salem.