A small plane crash-landed at Smith Reynolds Airport shortly after noon Wednesday, authorities said. The pilot, who was the only person on the twin-engine plane, wasn’t injured.

Mark Davidson, the airport’s director, declined to identify the pilot.

The incident happened when the plane was landing on the airport’s Runway 33, which is the site’s longer runway at 6,655 feet, said Ashleigh Sloop, a Forsyth County official.

The pilot knew there was an issue with the landing gear, Sloop said. The plane’s rear wheels came down, but the nose gear collapsed.

The wrecked plane sat on the runway with its nose touching the tarmac for much of Wednesday.

The landing caused fuel to leak from the plane, Sloop said. A spill team worked to clean up the spill.

Authorities planned to remove the plane from the runway.

The plane belongs to Bruce D. Huibregtse, according to FAA documents. A call to Huibregtse wasn’t immediately returned to a Journal reporter.

WATCH NOW: A small plane toppled on the runway as it landed at Smith Reynolds Airport in Winston-Salem

South Florida gearing up for impacts from Hurricane Ian

South Florida gearing up for impacts from Hurricane Ian 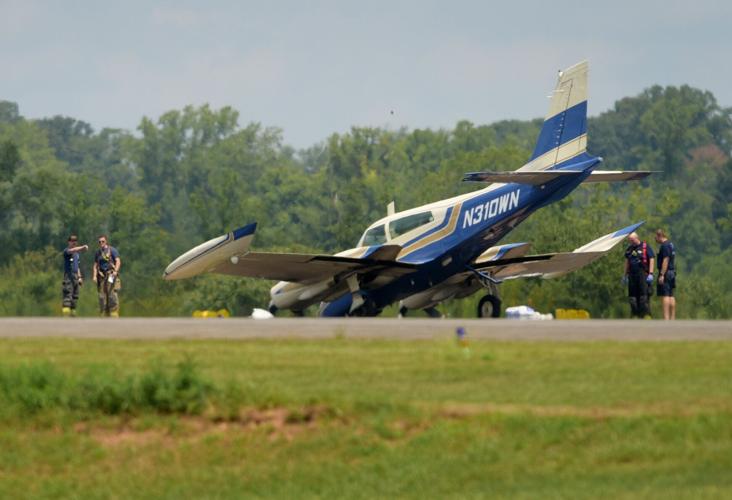 Winston-Salem firefighters look over a Cessna 310 plane that crash-landed at Smith Reynolds airport Wednesday afternoon. The plane was inbound from North Wilkesboro when its front landing gear collapsed. 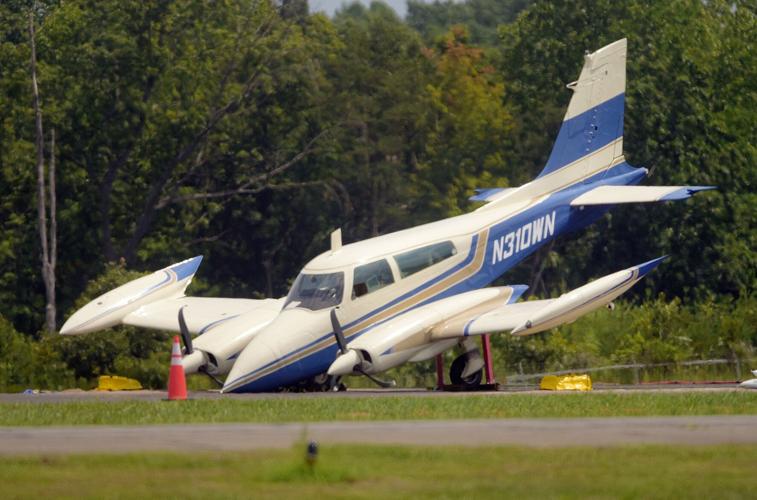