Faculty at Appalachian State University say they don't have confidence in the university's chancellor.

The no-confidence vote, taken Monday by the university's Faculty Senate, is critical of Chancellor Sheri Everts in several areas, including the university's finances, faculty morale and Appalachian State's plans for reopening campus during the COVID-19 pandemic. It also blames Everts for the departure of some professors and neglecting both faculty concerns and academic issues.

Everts, the one-page resolution reads, "is frequently isolated from and unable to effectively communicate with faculty, and has failed in her basic tasks of strengthening institutional finances, providing goals, operating in a transparent fashion, embracing shared governance, and pulling the university community together in a common mission."

The vote was largely a symbolic gesture, as Everts' status as chancellor is determined by the UNC System's Board of Governors. But the no-confidence vote was an expression of long-standing frustration over Everts' six-year tenure in Boone.

"It was really a series of concerns that all sort of came together and became more and more serious because of COVID-19," Michael Behrent, the Faculty Senate chairman, said in an interview Tuesday.

Among those concerns, Behrent said: Faculty salaries had stagnated and in some cases declined; and faculty weren't included in discussions of major strategic plans, including an initiative to increase the university's enrollment to 20,000 students.

More recently, Behrent said, faculty were largely left out of planning for the university's return to in-person instruction this fall until they complained about not being included. And faculty were upset earlier this month when they learned about an outbreak of COVID-19 at an Appalachian State child care center not from the university but from faculty parents and the local newspaper.

"There's a real problem of trust if we can't expect the university to report on (COVID-19) outbreaks in the university," said Behrent, an associate professor of history.

A university spokeswoman did not respond to an email Tuesday seeking a response to the Faculty Senate's resolution. But in an email sent to Appalachian's faculty Monday after the vote, Everts and interim provost Heather Norris wrote that the university's Board of Trustees in May voted unanimously in support of the chancellor, provost and Athletics Director Doug Gillin. Two months later, trustees passed a second resolution expressing confidence in Everts' leadership.

"We have greatly enjoyed the individual meetings with academic departments, and have found they provide an important opportunity for direct and unencumbered communication with the faculty at large," Everts and Norris wrote. "We will use continued departmental meetings, as well as regular email updates, to communicate directly with all faculty regarding important matters and initiatives underway. We need and want your input and will continue to seek it."

Monday's vote, which came after long debate on the opening day of fall semester classes, wasn't unanimous. Twenty-three members of the Faculty Senate, the legislative body that represents professors all across the university, voted in favor. Twelve voted against, and six abstained. Behrent said professors who didn't support the resolution either support Everts, thought the vote's timing was bad or blamed the push to return to face-to-face instruction not on the chancellor but on the UNC System and the Board of Governors, which have said that all state universities must return to in-person teaching this fall.

Everts has been chancellor at Appalachian State since 2014, when she was hired from Illinois State University, where she had been the provost and vice president for academic affairs. Everts is the seventh permanent president or chancellor of the university, which was founded in 1899. She is the first woman to lead the institution.

Neither Everts nor senior administrators attended Monday's meeting, something they usually do.

In their email to faculty, Everts and Norris said the university's attorney told them to miss the meeting because two Faculty Senate members are plaintiffs in a lawsuit against the UNC System and its institutions, including Appalachian State. The lawsuit, filed last week, said UNC System employees face an increased risk of COVID-19 because of unsafe working conditions and the return of students and faculty to state university campuses.

In a second vote Monday, the Faculty Senate approved a resolution to hold responsible Everts and the Board of Governors "for any illness and death resulting from COVID-19 as a result of reopening campus in spite of clear warning signs available to all and over the objections of the faculty."

The Faculty Senate meeting took place as UNC-Chapel Hill was announcing that it was moving all undergraduate instruction online as of Wednesday because of a sharp rise in COVID-19 cases among students. According to Appalachian State's COVID-19 dashboard, the university has recorded 162 cases among students, employees and contractors working on campus since the pandemic began. Forty-seven students and 11 employees are currently infected.

Everts in a message Monday to the university community said "there are no immediate plans to change our course delivery methods at App State." Random tests of students living in on-campus housing found that only 1.3% of about 2,000 residents tested positive for COVID-19, and nearly 90% of the university's on-campus isolation and quarantine spaces remain available.

As UNC-Chapel Hill steers toward an off ramp, other UNC System schools stay the course with their fall semester plans

Is the university's decision to move all undergraduate classes online a harbinger of things to come at other state university campuses?

The university said it will move undergraduate online starting Wednesday after the number of cases spiked. No other UNC System schools will follow suit right away.

Unlike any other year: Local colleges reopen amid a pandemic with masks, new rules and plenty of concerns

Local colleges and universities have taken unprecedented steps to protect the health and safety of students, professors and staff members in the face of COVID-19. But will all these precautions be enough to keep campuses open this fall?

Homecoming and Family Weekend won't be held at all in 2020. Commencement for the class of 2020 has been rescheduled for May 22.

Appalachian State University linked a COVID-19 cluster with the football program Tuesday, halting practices indefinitely. In an email to stude… 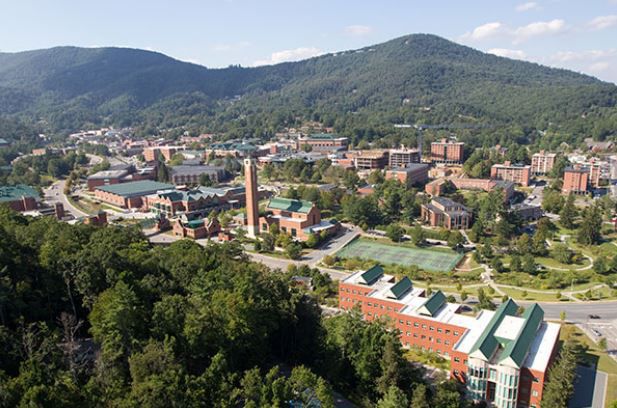 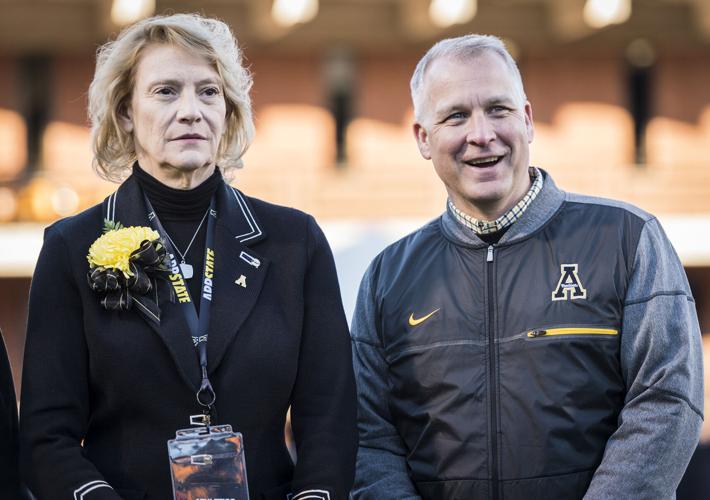