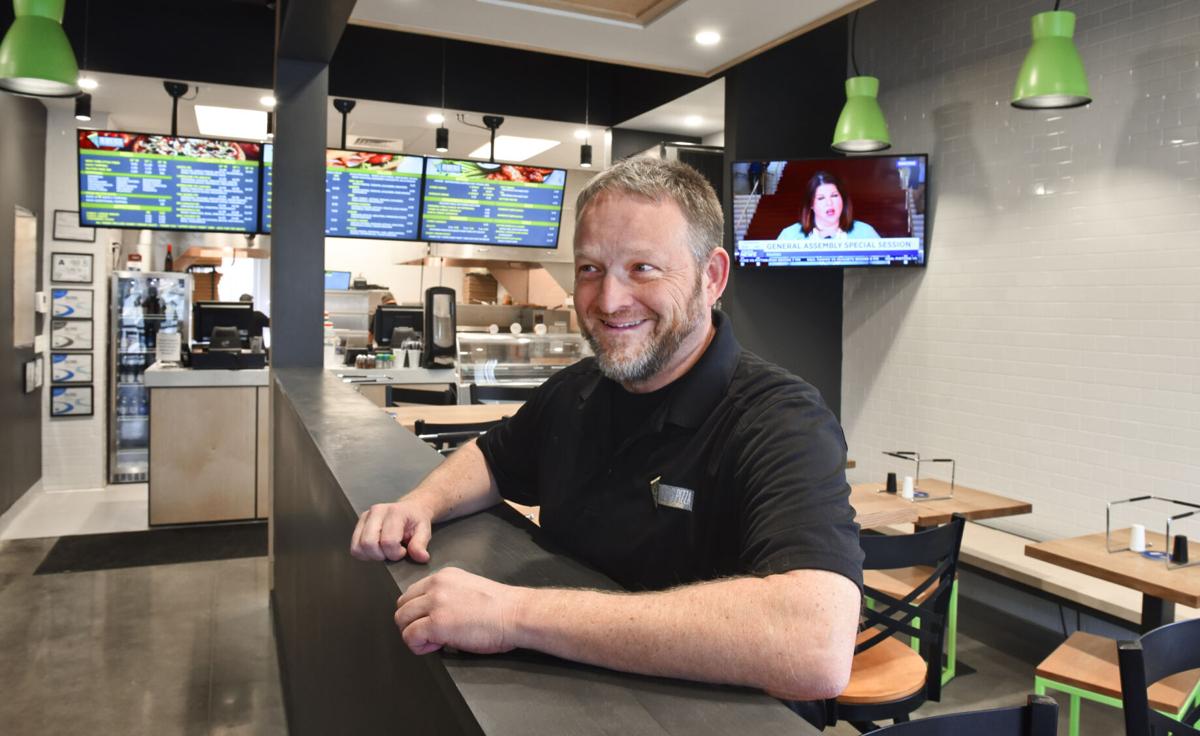 Robert Wiley, owner of the new Pie Guys Pizza in the Kinnamon Village Loop shopping center in Clemmons, seen in 2018. 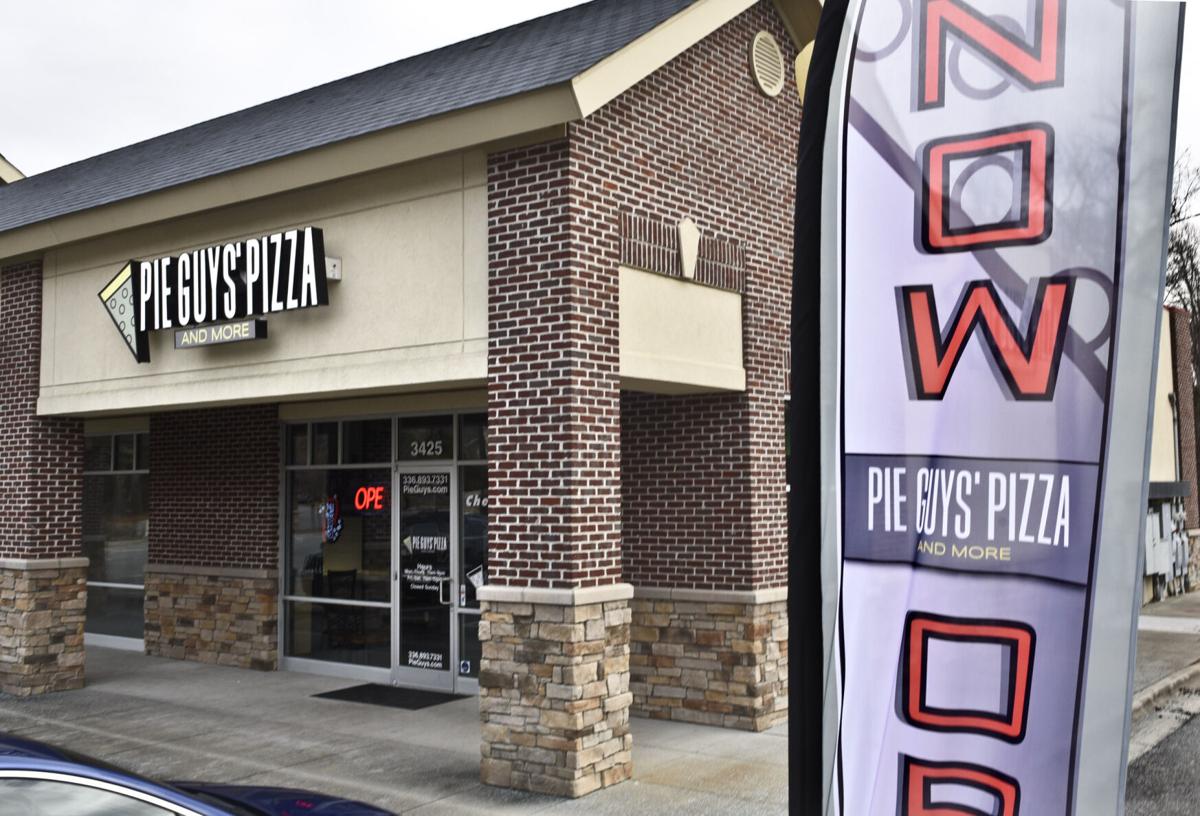 A slab of particle board covered the broken glass where someone had smashed a hole in a window to toss a Molotov cocktail inside. Ubiquitous yellow crime scene tape, strung around the outside of Pie Guys’ Pizza and More by investigators last week, still fluttered in the March breeze.

A mountain of work looms — six, maybe seven weeks’ worth — before Wiley can reopen.

“I’ve been on the phone with my insurance company for three straight days,” he said Thursday morning.

But before he could truly focus on the road ahead, Wiley had one simple question:

How did the man charged with three ominous-sounding felonies — malicious use of an explosive device, burning a building and breaking and entering — managed to walk free from jail that same night?

“I’m lucky that I hadn’t had to pay any attention to the criminal justice system before,” Wiley said. “I was really shocked that someone could be let right out after that. I’d just like to know why.

“Not only for me, but I felt bad for the sheriff’s office and the fire department because they worked hard all night, and to see someone rotate through the door like that … .”

The answer, as it turns out, is surprisingly complex.

A fire alarm inside Pie Guys’ sounded at 11:21 p.m. Wednesday Feb. 24 about two hours after the last of Wiley’s employees had left the building.

Alarms, as many small business owners can tell you, happen. And a majority amounts to a whole lot of nothing.

Sadly, that was not the case at Pie Guys.

A fast-moving fire broke out in the front of the restaurant and caused more than $50,000 in damage. Fire, smoke and water did a number on the dining room and kitchen.

“I can’t say enough about the (Clemmons) fire department and how fast they got there,” Wiley said.

It didn’t take firefighters long to figure out the cause, either.

Evidence at the scene led investigators to 34-year-old Burton Stanley Kopaskie III, who was charged hours later with three felonies. According to arrest warrants, he broke a window with a baseball bat, poured gasoline through the hole and threw a Molotov cocktail inside.

Kopaskie signed an affidavit of indigency in which he said he was unemployed, having “lost job due to injury” and released on a $500,000 unsecured bond. In essence, that means he’s free until his court date and liable for that money if he pulls a no-show.

And when Wiley found out, he was not pleased. “That’s putting it politely,” he said.

Instead of stewing, he fired off an email which posited a key question: Why?

Through no fault of his own, Wiley found himself getting a crash course in the inner workings of a criminal-justice system struggling to balance the bedrock concept of innocent-until-proven guilty against ensuring that a defendant shows for court and doesn’t punish him (or her) for being unable to post cash bail or afford the services of a bondsman.

A panel including judges, prosecutors, defense lawyers, police and probation officers drew up a checklist, with an actual flow chart, that spells out conditions for setting bail.

Among other factors, a magistrate determines whether someone charged is a flight risk, whether their release poses a threat to the community or is likely to result in interference with the criminal proceedings — witness intimidation, for example.

Most importantly, if none of those factors apply, “a condition other than a secured bond must be imposed.” Those would include an unsecured bond — no money required — or a simple written promise to appear.

In other words, the process was standardized and decisions taken from the hands of individuals.

Wiley, you’ll be happy to know, is a reasonable guy. He’s analytical, considers all sides of an argument and thinks before he speaks.

He’s a self-professed optimist, and was genuinely pleased that he bought an additional rider on his insurance policy that allows him to pay his 13 employees while the restaurant is being rebuilt.

When informed that the unsecured bond for the man accused of burning his store had been set by a formula rather than being decided by one individual, Wiley paused before offering his thoughts.

“I’m glad it wasn’t just some ding-dong who made a bad decision,” he said.

He considered, too, the very American idea of the presumption of innocence. “It is a fine line. If I was accused of a crime I didn’t do, I’d be talking out of the other side of my mouth. I’d be upset (being held on a large bond.)”

Still, the events of the past few weeks have been emotional as well as educational. Wiley has poured his heart into building his business.

It’s hurtful to think that lobbing a Molotov cocktail into a building isn’t violent enough to rate setting a bond. Doing so would send a message about the seriousness of the charges.

He understands the delicate balance between an individual’s rights and protecting the community. Intellectually, he sees how cash bail can be overly punitive or stacked against the indigent.

“I still don’t agree with it,” he said. “I don’t want some little old lady to get robbed only to see the guy who did it walk right out of jail.”

Pie Guys Pizza & More at 3425 Kinnamon Village in Clemmons reopened last week, about two months after a Feb. 24 fire shut down the restaurant.

Robert Wiley, owner of the new Pie Guys Pizza in the Kinnamon Village Loop shopping center in Clemmons, seen in 2018. 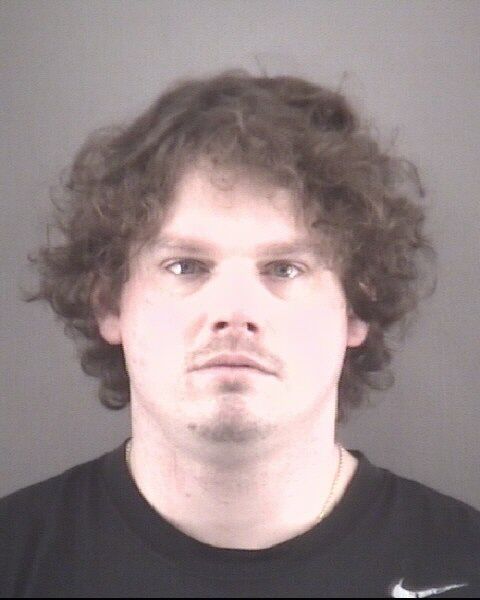