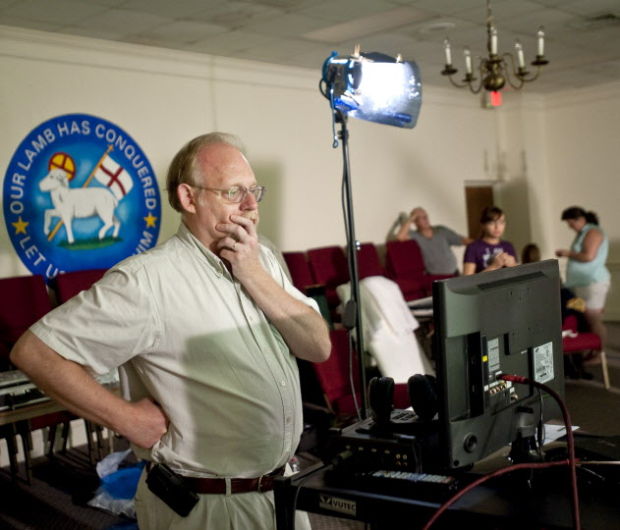 Director John Jackman watches the monitor as a scene is set up during filming of "But Now I See" at Trinity Moravian Church Thursday, August 1, 2013. 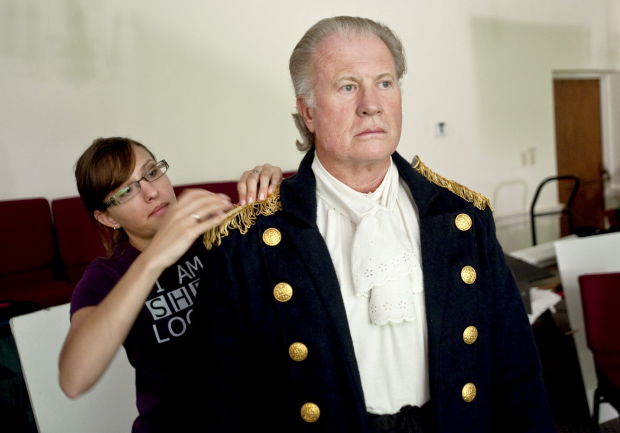 W. Scott Parker III gets help with his costume from Elisa Blessing just before filming a scene of "But Now I See" at Trinity Moravian Church Thursday, August 1, 2013. 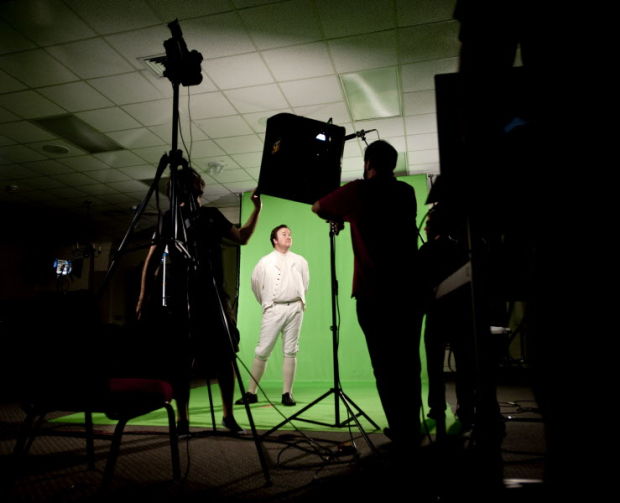 Brad Corbin readies himself during filming of "But Now I See" at Trinity Moravian Church Thursday, August 1, 2013. 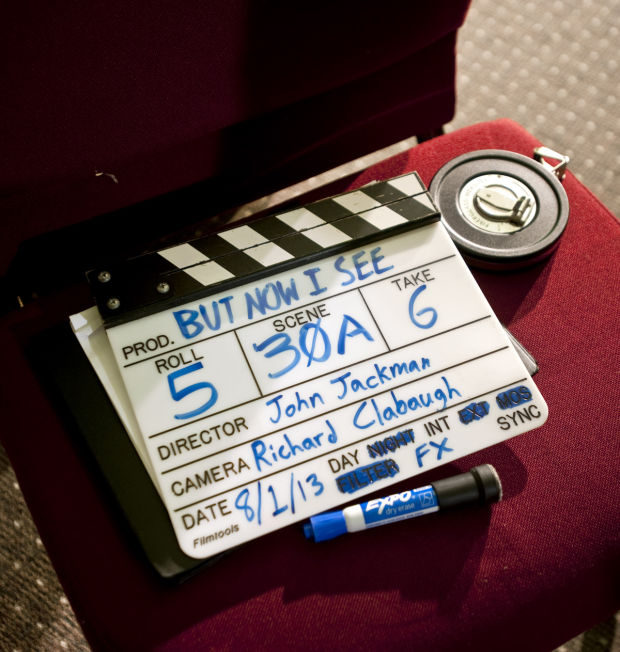 The clapboard for John Jackman's "But Now I See" during filming at Trinity Moravian Church Thursday, August 1, 2013.

The Rev. John Jackman, a local filmmaker, has a new movie under way on the life of John Newton, and with the work that’s taking place here over three days, he says he should have about two-thirds of the shooting finished.

Newton was a slave-ship captain who underwent a conversion when his ship was caught in a storm and he prayed for deliverance. He went on to become a pastor and abolitionist who influenced the end of slave trading in the British Empire.

Jackman’s movie title takes a line from that well-known hymn: “But Now I See.”

“The story is very compelling,” Jackman said. “It is the story of a man whose life was completely transformed. He went from a misspent youth to pretty much changing the world. This is a story I have been wanting to tell for a long time.”

Jackman’s first feature-length film, “Wesley,” covered the life of Methodist founder John Wesley and garnered a number of awards in 2010.

Jackman, along with his cast and crew, were in a room at the church he pastors, Trinity Moravian, on Thursday working on some scenes being filmed in front of a green screen. He has traveled to Nova Scotia to film sea scenes on a tall sailing ship, and will be heading to the North Carolina coast soon to film scenes at Fort Macon and other sites that will be used in the feature-length film.

Jackman said he’s using church members as extras here, and that many of the people involved in the making of the movie are local.

Still, he said being a pastor and filmmaker at the same time does have challenges:

“I always liken it to juggling a running chain saw and a bowling ball,” he said. “The congregation here is very supportive. This has always been a congregation that supports creative things. It is in our DNA.”

Actor Erik Nelson, who played one of the lesser roles in “Wesley,” takes on the lead role in “But Now I See.” Nelson, dressed in period costume on the set Thursday, said he has also been portraying Newton for years in a one-man stage show, also titled “But Now I See.”

“John Newton’s life story is absolutely incredible,” Nelson said. “Being in a dark place and coming out of that dark place and finding yourself in the light. I love playing the role.

The film will be a “very low-budget movie,” in Jackman’s words, at a cost of $125,000. He added that a lot of people have donated their time to help out with the film “for next to nothing.” The Christian History Institute, the Comenius Foundation and private donations are paying the costs of production.

“We have to have it to the distributor by February,” Jackman said. “We are set up to go direct to DVD, primarily to the church market, but it will also be in 50 to 60 theaters across the country.”

The film has no relationship to a 2006 movie, “Amazing Grace,” which used the title of Newton’s song but was primarily about William Wilberforce, the British politician whom Newton befriended and who worked against the slave trade.

“The story of John Newton has never been told in a movie,” Jackman said.

Director John Jackman watches the monitor as a scene is set up during filming of "But Now I See" at Trinity Moravian Church Thursday, August 1, 2013.

W. Scott Parker III gets help with his costume from Elisa Blessing just before filming a scene of "But Now I See" at Trinity Moravian Church Thursday, August 1, 2013.

Brad Corbin readies himself during filming of "But Now I See" at Trinity Moravian Church Thursday, August 1, 2013.

The clapboard for John Jackman's "But Now I See" during filming at Trinity Moravian Church Thursday, August 1, 2013.