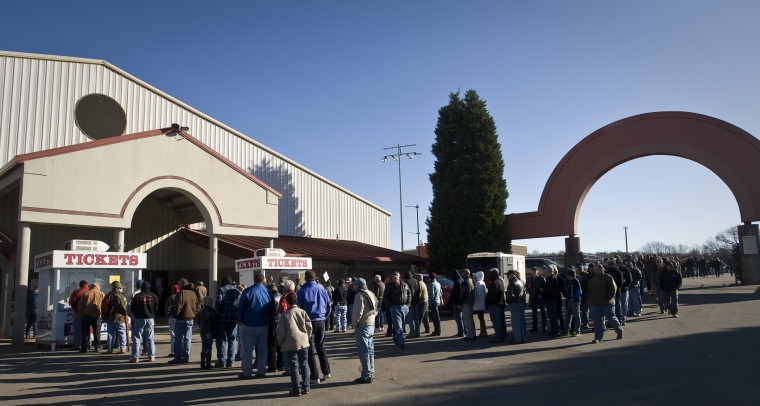 Patrons wait in a long line to enter the C&E Gun Show on Saturday, December 22, 2012 at the LJVM Coliseum Complex. 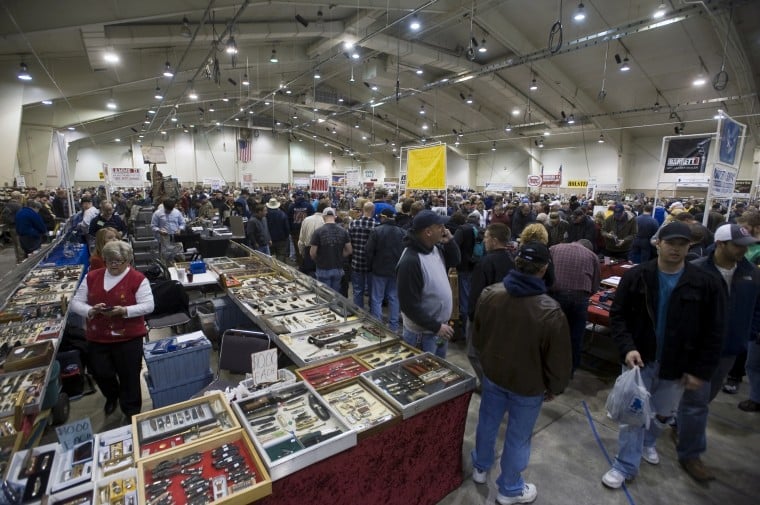 Patrons browse items for sale at the C&E Gun Show in Winston-Salem.

A group of local citizens protested the Winston-Salem Gun & Knife Show today as thousands of people entered the show at the Winston-Salem Entertainment Sports Complex Education Building off University Parkway.

Officials with C&E Gun Shows Inc., which operates the gun and knife show, estimated 2,500 people had been to the event by 11 a.m.

Facebook Question of the Day: Why do you think the gun show drew so many people?

“I’ve run shows for 27 years, and I’ve never seen it like this,” Steven Elliott, the president of C&E Gun Shows, said of the rush of people that showed up for the show this morning.

Elliott said he is happy with the business he is getting but not happy with the “political spin” off the recent school shooting in Newtown, Conn., meaning the call by some people for more gun control.

The protest was held from 10 a.m. to noon just outside the arch near the entrance to the education building. The numbers fluctuated, but on average 25 to 30 people were on hand at different times, holding protest signs.

“I believe that children don’t need to be killed with guns,” said Gail McNeill, the spokesman for the protestors.

McNeill said that some people attending the gun and knife show hollered at the protestors, saying, “The criminals will get guns.”

“My answer to that is why should we make it so easy for the criminals to get guns?” McNeill said.

Elliott said that the protestors have a right to protest.

Two teams of scientists from the Wake Forest Institute for Regenerative Medicine have finished in first and second place in NASA's Vascular Tissue challenge.

NASA said Wednesday that the prize competition "aims to accelerate tissue engineering innovations to benefit people on Earth today and space explorers in the future."

Patrons wait in a long line to enter the C&E Gun Show on Saturday, December 22, 2012 at the LJVM Coliseum Complex.

Patrons browse items for sale at the C&E Gun Show in Winston-Salem.