The Winston-Salem City Council voted 5-2 on Monday to sell Joel Coliseum to Wake Forest University for $8 million, subject to an “upset bid” that allows anyone to come up with a better deal within 10 days.

A final sale contract could be signed as early as July.

What do you think of the council’s decision?

In another vote, the city council unanimously approved the city’s intent to sell Bowman Gray Stadium to Winston-Salem State University for a total of $7.1 million, including debt repayment, if the university gets the green light from the state legislature to move ahead with the purchase. A sale agreement for the stadium would have to come back to the city council for another vote.

The Joel deal caps months of negotiations over such thorny issues as public access as well as maintaining the Joel name and honoring local veterans.

The city and Wake Forest agreed last week to keep the name and the veterans memorial designation on the coliseum façade and on its marquee as part of any sale, although the school may pursue naming rights for the coliseum.

Still, the agreement gives Wake Forest room to change that if it “conveys and the city accepts land at the current site, not to exceed one acre in area, for the purpose of creating a park or some similar facility to memorialize war veterans and Lawrence Joel,” City Attorney Angela Carmon said in an email before the meeting.

Lawrence Joel, a black U.S. Army medic from Winston-Salem, saved the lives of at least 13 paratroopers on Nov. 8, 1965, during heavy fighting in Vietnam, despite having been shot twice. He was awarded the Congressional Medal of Honor in 1967. Joel was the first living black person to receive the honor for heroism in battle since the Spanish-American War in 1898.

Just hours before the city council meeting, the Winston-Salem Foundation Committee, or governing board, met to vote on the other key issue: public access.

The foundation, which donated the property to the city in 1969, said that the property must be used for public-purpose events. A previous agreement between the city and Wake Forest would have diminished public-access events in December 2034. Under a new agreement hammered out last week, the public will have access interminably.

As a result, the foundation agreed to the sale Monday.

“This vote by the foundation’s governing board reflects the committee’s decision that previous concerns related to protecting the intent of the foundation’s 1969 deed restrictions, which ensured overall benefits to the public for sports, recreation, entertainment, or cultural purposes, have been rectified and are now satisfied in the new declaration.”

The city council’s vote came after many concerned residents passionately expressed views – mostly against – the sale.

Martha Wood, a former mayor of Winston-Salem, suggested that residents never had a chance at getting their voices heard because many of the council members had not met with residents. Though the city organized four public forums to talk about the sales of Bowman and Joel, most took place without any council members present.

“Everyone who should have been at this table has not been included,” she said.

Taylor and Montgomery, explaining their opposition to the Joel sale, pointed out that information requested by Taylor about the coliseum’s economic impact had not been provided – a situation, they said, has led to other items being pulled from council meetings. They also expressed concern about the city employees will lose their jobs when the coliseum changes hands.

Burke, explaining her support for the sale, brought the conversation back to numbers.

“Taxpayers are not willing to talk about increasing their taxes,” she said. “There comes a time when you have to look at your losses.”

The proposed selling price for Joel Coliseum is $8 million, according to city officials. 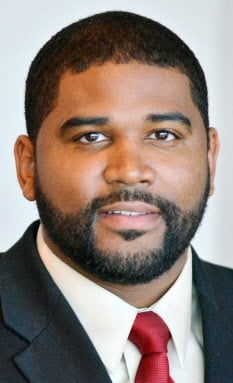 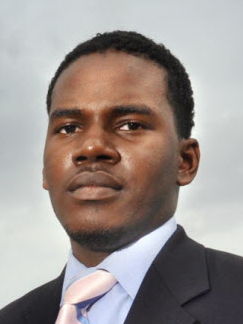