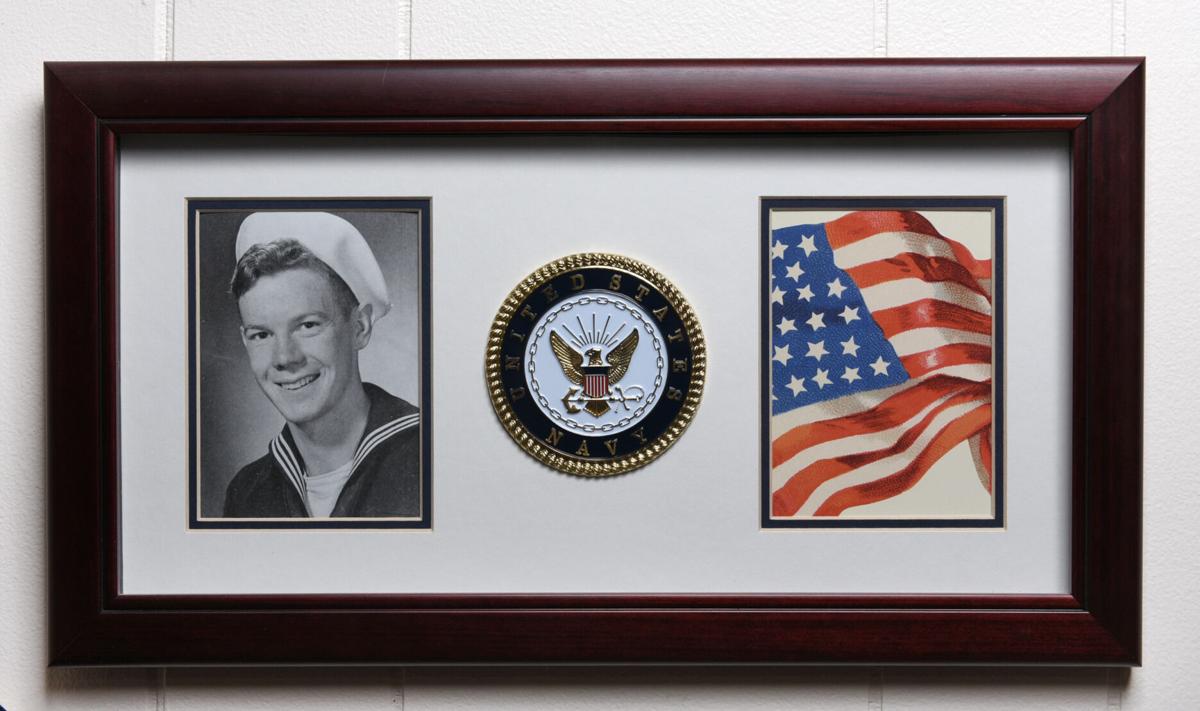 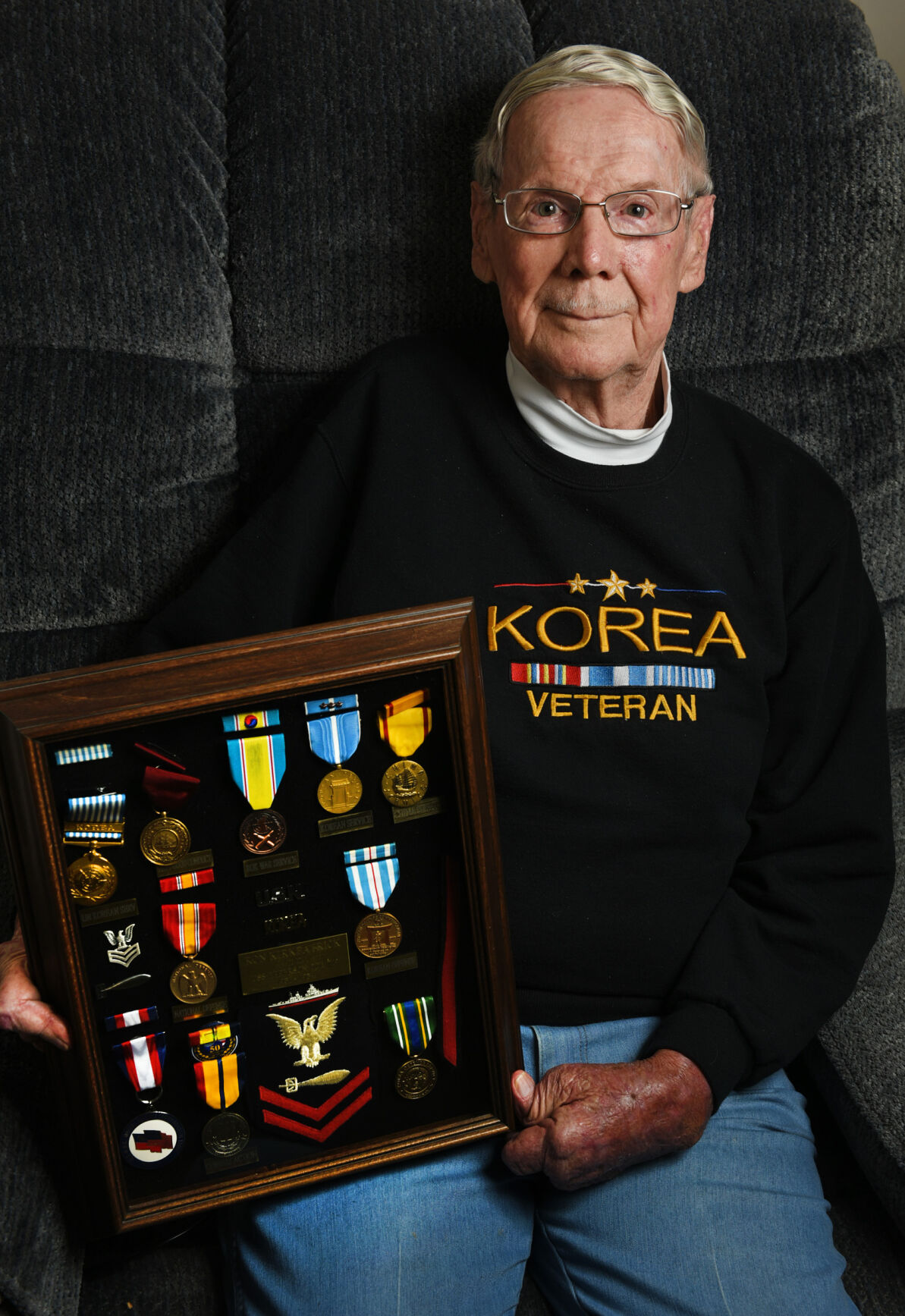 JENNY DRABBLE Special to the Journal

Ron Kirkpatrick was aboard a Navy ship a mere 125 miles away when the largest bomb ever exploded by the United States went off.

Due to a miscalculation, the 1954 hydrogen bomb was more than 1,000 times as powerful than the atomic bomb dropped on Hiroshima in World War II, according to the National Museum of Nuclear Science & History.

Kirkpatrick’s exposure to the blast — a part of thermonuclear weapons tests known as Operation Castle — resulted in skin cancer and lifelong hearing loss for the Kernersville resident.

“I do not regret my disability from the war,” said Kirkpatrick, who was on the USS Epperson near the Marshall Islands at the time of the explosion. “I am proud for serving my country for the freedom we enjoy.”

While Kirkpatrick still has complications 65 years later from skin cancer, including surgeries as recent as last month, he said he is proud of his time served in the Korean War.

He served three tours between 1951 and 1954, each lasting up to six months, as a torpedoman, he said.

“I was in charge of the electric acoustic torpedoes, depth charges and Mark 108 rockets,” Kirkpatrick, 87, said. “All were updated weapons, some were still secret.”

The conditions in Korea were brutal from snow and winter temperatures of minus 30 degrees to avoiding floating mines and gunfire from enemy soldiers, he said.

“They would shoot only two or three rounds and then put their guns back into their tunnels,” he said. “They did not want to expose their location.”

Kirkpatrick said his upbringing on a small farm in Goodman, Wis., shaped him into a hard worker and gave him the tools to succeed in the Navy after joining at age 18.

As a child, he was tasked with getting up at 5 a.m. to take care of the farm animals before school and he didn’t enjoy modern day luxuries, like electricity, he said.

After graduating high school in 1951, Kirkpatrick was unsure of what he wanted to do with his life and decided to join the Navy at the urging of his best friend.

“I loved the Navy, but sea duty was tough,” Kirkpatrick said. “I was in two typhoons, a snow and ice storm, which almost capsized the ships, and cramped living quarters.”

While his time in the Navy was difficult, Kirkpatrick said some of the highlights were the friendships forged at sea, visiting Hong Kong and spending time in Hawaii, which was the home port for the destroyer he was on.

After leaving the Navy in 1955, Kirkpatrick returned to his home state of Wisconsin and went to school to study electronics.

He began working at the Allen-Bradley Company in Milwaukee, where he met his now-wife of 61 years, Carol, at a company Christmas party. They have three daughters, Colleen, Suzanne and Kim.

Last year for Christmas, the couple made photo albums reflecting Kirkpatrick’s time in the Navy for each of their six grandchildren — Nathan, Amanda, Scyndi, Sarah, Lauren and Larry.

The books include photos and memories, so that his grandchildren can have something to remember him by in the coming years, his wife, Carol, said.

After Alan "Phred" Rainey become the owner of the Earshot Music store in Winston-Salem, he reaffirmed his commitment to his customers and the …

Father of NC suspect in Capitol riot: Charges ‘blown out of proportion’

Chris Spencer's father says his son told him that he was swept along with the crowd when supporters of President Donald Trump stormed the U.S.…

Vic Johnson, a former member of the Winston-Salem/Forsyth County Board of Education, has died

Victor "Vic" Johnson Jr., a social activist and former teacher, school administrator and member of the Winston-Salem/Forsyth County Board of E…

These six will be considered for seat on school board

On Tuesday, the Winston-Salem/Forsyth County Schools Board of Education is expected to decide who should fill a seat that has been vacant sinc…

$1 million Powerball ticket was sold in Forsyth County; prize not claimed yet

Someone who bought a Powerball ticket in Forsyth County has $1 million to claim.