The Winston-Salem Fire Department will no longer respond to non-life threatening medical calls after July 1 — a cost-saving measure that will end a service that city firefighters have provided for 13½ years.

“People will be still receiving service,” Farmer said. “When there are non-life threatening calls, it is easy for the Forsyth EMS to manage those calls, and it frees us up to answer life-threatening calls. That is where we are at this point.”

Farmer recently outlined his agency’s plan in a memo he sent to Dan Ozimek, the director of Forsyth County Emergency Medical Services. County Manger Dudley Watts distributed Farmer’s memo to the Forsyth County Board of Commissioners at its Monday meeting.

City firefighters also will no longer respond to medical calls at facilities where there are medical professionals on staff such as medical offices, nursing homes and assisted-living centers, Farmer wrote.

The Winston-Salem Fire Department will respond only to the medical calls involving cardiovascular, respiratory, life-threatening trauma and life threatening allergic reactions, Farmer wrote. The change will save the fire department $145,000 in fuel costs in the first year of the new policy, said Derwick Paige, the deputy city manager.

In November 1999, city firefighters began responding to all medical emergencies. At that time, Fire Chief John Gist said that the fire department could get to someone in trouble faster than county paramedics.

Ozimek said he was among county officials who warned city officials in 1999 that it would be expensive for city firefighters to go to each medical call in which the Forsyth EMS also was dispatched to those scenes.

“The city insisted in taking over these responsibilities,” Ozimek said. “We tried to explain to them that this was a not good thing to do.”

“Of these calls, it is estimated that as much as 70 percent of the calls were not true medical emergencies,” Paige said.

Data further showed that city firefighters had contact with patients on about 30 percent of the medical calls that they responded to, Paige added.

“Because (the) Winston-Salem Fire Department will continue to respond to all life-threatening calls, citizens will not be endangered in any way,” Paige said. “Those people who abuse the 911 emergency system will be the ones who will be most impacted by this change.”

The Citizens’ Organizational Efficiency Review Committee recommended that the fire department end its practice of responding to non-life threatening medical calls as part its recommendations presented to city officials in February to save $4.7 million in the fiscal 2013-14 city budget.

Omizek said that county officials will present their response to Farmer’s memo at the commissioners’ meeting Thursday in the Forsyth County Government Center.

“If a patient calls and there is a delay because the WSFD is choosing not to go on certain calls, there could be a negative outcome depending on what the medical emergency is,” Omizek said. 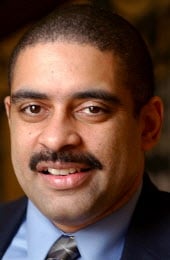