Atrium Health, the parent of Wake Forest Baptist Medical Center, said Friday it has completed its mega-merger with Advocate Aurora, forming the nation's fifth-largest healthcare system with 67 hospitals and 150,000 employees in six states.

The combined corporate entity is named Advocate Health and based in Charlotte, with each system continuing to use its name in local markets. Advocate Aurora's primary markets are in the Chicago area and Milwaukee.

The mega-merger, announced May 11, required approval by state and federal regulators, including the Federal Trade Commission.

"We are poised to push past traditional geographic and care delivery boundaries to create a healthier tomorrow for all,” Eugene Woods, chief executive of Atrium, said in a statement.

“We couldn’t be more pleased to bring our organizations together to do more, be better and go faster to help more people live well while training the next generation of health care professionals,” Skogsbergh said.

Wake Forest University School of Medicine will serve as the academic core of the combined entity.

The Winston-Salem medical school is establishing a second campus in Charlotte. Atrium and Advocate said they would pledge to create more than 20,000 new jobs across the communities they serve.

The systems said that combined, they will serve about 6 million patients annually

Advocate projects having annual revenue of more than $27 billion with more than 1,000 sites of care, more than 21,000 physicians and nearly 42,000 nurses.

"Since Wake Forest is the academic center of the combined company, this is an incredible boost for medical education in the Triad and eventually Charlotte," said Tony Plath, a retired finance professor at UNC Charlotte.

"I’d predict this will place Wake’s medical college on par with the likes of the Mayo Clinic, the Cleveland Clinic, and Johns Hopkins in just a few short years.

"You’re sure not getting the short end of the stick here."

On Thursday, Stein said in a statement he has determined that “my office has conducted a thorough review into this transaction and concluded that there is no legal basis to prevent it.”

“Therefore, the state will take no further action.”

On Thursday, Stein credited Atrium’s efforts “to respond to our numerous inquiries and its commitments to comply with its obligations under the antitrust consent order with my office, as well as our state law’s requirements governing municipal hospitals across its service area.”

“However, I am concerned about this combination’s possible effects on health care access in rural and urban underserved communities.”

Atrium has indicated it would spend $25 million to $50 million to expand services in underserved communities in North Carolina.

“Given the size and strength of this new combined entity, it is my strong belief that it can and should do more,” Stein said.

“My office will continue to monitor the combined entity’s operations and its impact on North Carolinians’ health and well-being.

“If Atrium-Advocate Aurora is not in compliance with its legal obligations, my office will not hesitate to take action.”

Areas that will draw Stein’s focus include whether the combined system will:

* Ensure that no patients are denied care because of an inability to pay;

* Provide care to Medicaid and Medicare recipients without discrimination.

The N.C. Healthcare Association expressed its support for hospital mergers in general, saying they can provide: standardization of clinical protocols, medical staff integration and other moves that can help to lower health care costs.

State Treasurer Dale Folwell, who has been a fierce critic of major hospital mergers, said in May that the Atrium-Advocate merger “raises many red flags, chief among those is the monopolistic nature of the alliance.”

Folwell said in a Friday statement that, "I have deep concerns about the merger."

"Atrium Health is notorious for its aggressive medical debt collections and has sued more than 1,000 North Carolinians, while encouraging thousands more to open medical credit cards that can charge up to 18% interest."

"This is just another example of the (healthcare) cartel putting profits and protectionism over patients," Folwell said.

A car drove around a stopped school bus picking up children in Winston-Salem Thursday morning, striking the bus, but no injuries were reported…

A Chinese surveillance balloon was likely to fly over parts of North Carolina on Saturday evening, according to a trajectory map by the Nation…

Ask SAM: Is downtown Winston-Salem getting a new hotel?

Q: I heard through the grapevine that another hotel might be coming to downtown Winston-Salem. Is it true? — D.D.

The moment the Chinese spy balloon was shot down, ordered by President Biden 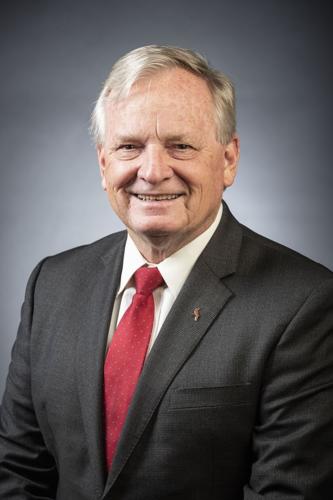 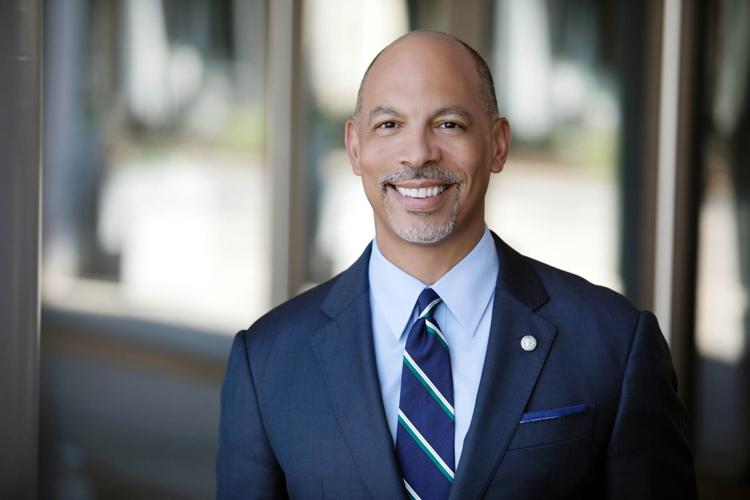