McConnell says Trump, others 'provoked' attack on US Capitol

B. Smith's husband, Dan Gasby, speaks about living with wife's Alzheimer's
0 comments
Share this
{{featured_button_text}}
1 of 2 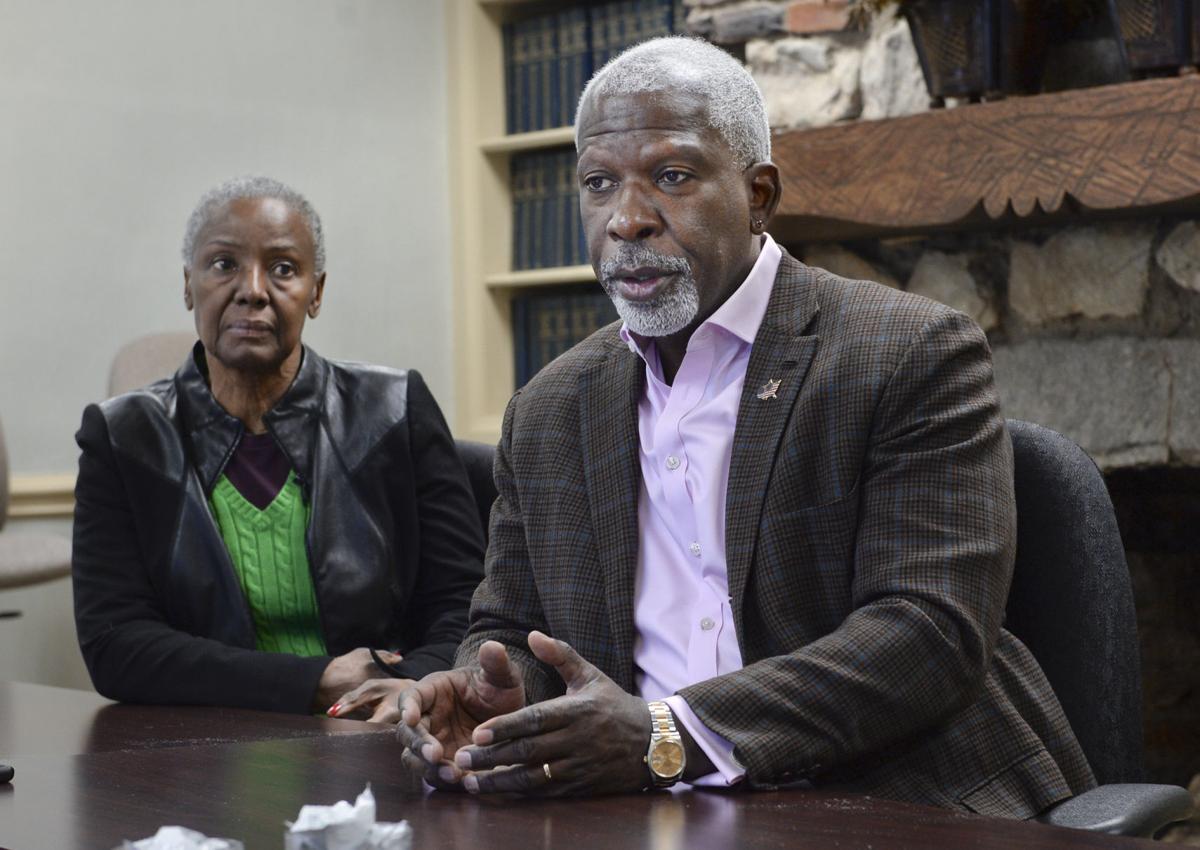 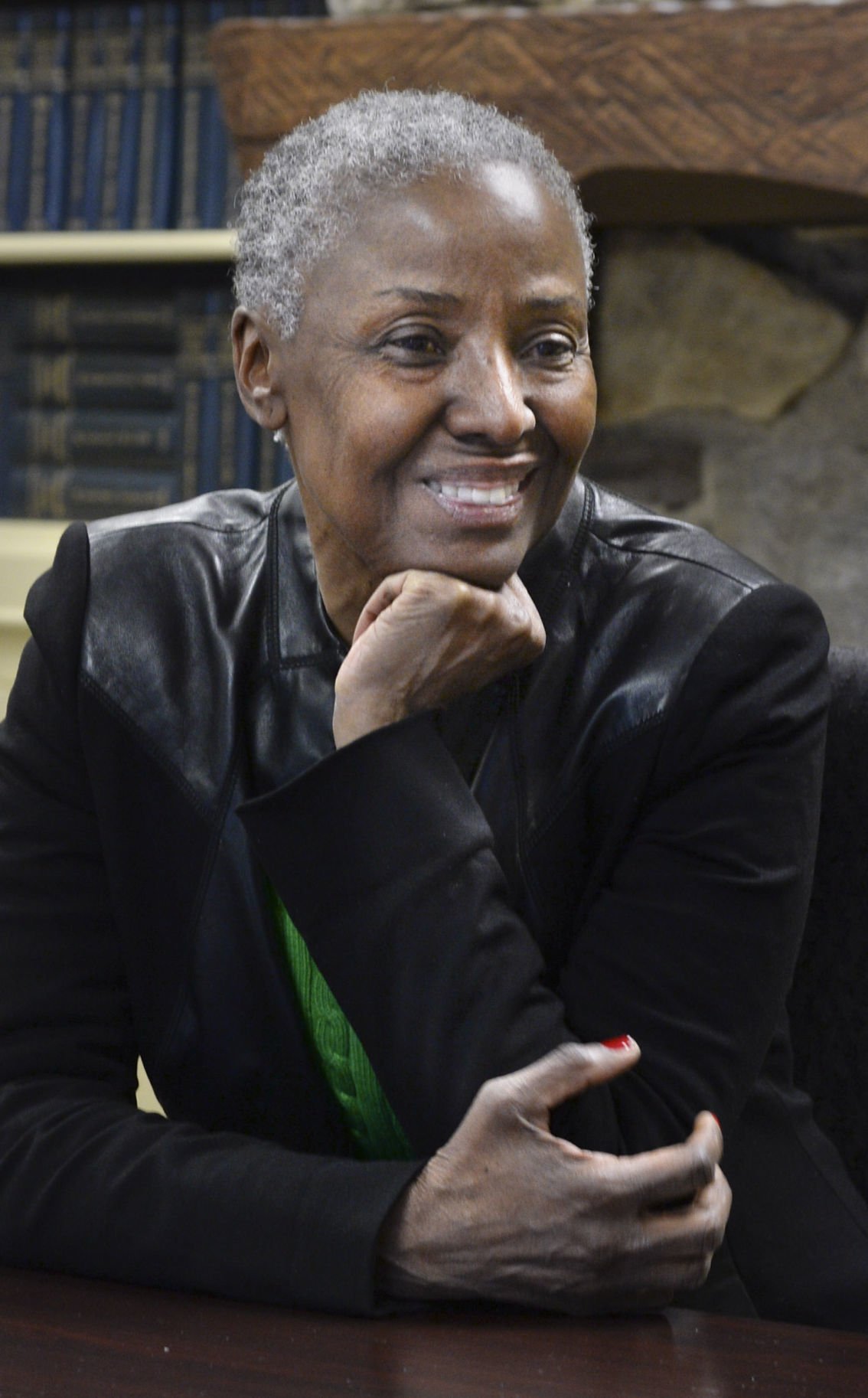 Chef, restaurateur, and lifestyle guru B. Smith talks in March 2017 about challenges dealing with her early-onset Alzheimer's disease. Smith and her husband, Dan Gasby, are appearing at Wake Forest University in advance of the announcement of a new Alzheimer's research center at the university.

B. Smith doesn’t know the day, or the month or the year.

Early-onset Alzheimer’s disease has robbed the former restaurateur, model, author and TV host of such luxuries.

But her devastating 2013 diagnosis has created a national platform to address the disease that plagues an estimated 5.5 million Americans.

“The brain is the most important thing in the body, the least understood and the most taken for granted,” said Smith’s husband, Dan Gasby. “You can replace corneas, you can modify arteries, but the thing above your eyebrows you can’t change.”

Smith remained quiet throughout the interview Wednesday, while her husband spoke on her behalf about her condition.

Alzheimer’s is a type of dementia that causes problems with memory, thinking and behavior and once symptoms begin, there is no treatment.

“(The center) places us on the cutting edge and allows us to help not only Winston-Salem but the entire region,” said Suzanne Craft, director of the new center. “For us, it’s a great opportunity to improve our knowledge about the disease and to translate that into better clinical care for patients and better education and assistance for families.”

One of the focuses of the new center is research on early identification of Alzheimer’s, Craft said. By the time a person is diagnosed with Alzheimer’s disease, the brain has already been deteriorating for 15 to 20 years.

Smith, 67, began suffering from memory problems years before her diagnosis, her husband said. She once froze for several seconds while being interviewed on the “Today Show,” unprecedented for the experienced star, prompting a doctor’s visit.

Doctors explained that the progressive disease in the brain is like potholes in the road, so when neurons go astray when they try to send messages to other parts of the brain, causing behavioral fluctuations, Gasby said.

A few months after her diagnosis, Smith wandered away and was missing in New York City for a day before someone recognized her and she was safely returned home.

“It’s tough,” Gasby said. “She’s the greatest thing that ever happened to me and it’s tough watching this transition.”

During her career, Smith wrote three cookbooks, founded three successful restaurants and launched a nationally syndicated TV show and a magazine. She had a successful home products line and is the only black woman to have her brand distributed exclusively at Bed Bath & Beyond. She became in 1976 the second black model to be on the cover of Mademoiselle magazine, after Joli Jones in 1969.

The Pennsylvania native was a candy-striper in high school and spent much of her life helping battered women and children, which makes it harder to see this happen to someone so inherently good, her husband said.

The odds are against her, as two-thirds of people with the disease are women. Blacks are also two times more likely to be diagnosed with Alzheimer’s.

“The African-American community is the canary in the coal mine in America, so what happens to us usually ends up happening to the general population later,” Gasby said. “Of all diseases, this is the most dramatic because this is the one that separates you from your humanness.”

In their years of advocating for awareness, Gasby said he’s seen a problem, especially in the black community, with people not wanting to talk about issues like cognitive degeneration or dementia.

He likened it to the time he was diagnosed with prostate cancer and found out his best friend had the disease years before and never told him about it.

The couple co-authored a book “Before I Forget: Love, Hope, Help, and Acceptance in Our Fight Against Alzheimer’s” and have partnered with the Brain Health Registry.

They said they hope to bring more awareness and incite more funding to a disease that will increasingly be a problem as people are living longer with modern technology and medicine.

Every 66 seconds, someone is diagnosed with Alzheimer’s, according to the Alzheimer’s Association. And each of those victims will need an average of three caregivers, so that’s about 40,000 lives changing each week because of Alzheimer’s.

“If that was Ebola, it would be a pandemic. If that was Zika, we’d be nuking places with mosquito spray, so why aren’t we doing more for Alzheimer’s?” he said. “That’s what bothers me so much.”

Gasby said what scares him most is that in 10 or 20 years, nothing about the disease and its treatment will have changed. While other diseases, like cancer, have made strides in recent years, research is essential to help deconstruct Alzheimer’s disease and find an effective treatment method.

He applauded the creation of the Wake Forest center in a state that ranks in the top 10 for Alzheimer’s disease. The center will also look at under-served communities with the disease and explore how diet and exercise affect cognition.

Smith’s diagnosis has taught him a lot of life lessons, Gasby said, and he plans to spend the rest of his life fighting alongside his wife for awareness and a cure.

“You learn time is precious and, that at the end of the day, you should do some good,” Gasby said. “We got dealt a tough hand but we’re going to play the hand for others, not just ourselves.”

Ask SAM: If I pay the taxes, can I have the property?

Q: I have been paying the taxes on a house for 15 years, and the owner has been deceased for that long. I heard that if you pay taxes on a hou…

Chef, restaurateur, and lifestyle guru B. Smith talks in March 2017 about challenges dealing with her early-onset Alzheimer's disease. Smith and her husband, Dan Gasby, are appearing at Wake Forest University in advance of the announcement of a new Alzheimer's research center at the university.