Two Winston-Salem situations about a mile apart but separated by several years amplify the impact of energy choices on communities and the climate.

One highlighted the risks posed by natural gas and other fuels flowing unseen through buried pipelines.

The other was a reminder that extreme weather driven by climate change — caused largely by the burning of those same fossil fuels — poses a threat to facilities we count on to supply our drinking water and treat waste.

On July 5, as evening storms dumped more than 2 inches of rain over a two-hour period, a swollen Salem Creek struggled to absorb the accumulating runoff from nearby Griffith Road in southwestern Winston-Salem.

With nowhere else to go, the gathering flood followed the path of least resistance and let gravity guide it to lower ground — which turned out to be the Winston-Salem/Forsyth County Utilities Archie Elledge Wastewater Treatment Plant.

Many “gravity-fed” treatment systems are built on low-lying sites so wastewater will flow naturally to the facility, explained Austin Thompson, co-author of a 2021 study from the Environmental Finance Center at UNC-Chapel Hill on the flood vulnerabilities of utilities.

The Archie Elledge facility, at a little more than 700 feet above sea level, sits within a designated floodplain in one of the county’s lowest areas.

“This basically means that they’re highly susceptible to flooding as water rushes to the same place during storms,” Thompson, now a doctoral student at N.C. State University, said of facilities like Archie Elledge.

That plant, which opened in 1958, has the capacity to process 30 million gallons of wastewater per day. The treated water is discharged into Salem Creek.

While wastewater facilities have traditionally been located in low areas, many are built with safeguards to protect them from flash floods like the one July 5, Thompson noted.

“Our engineers design wastewater plants for these types of rain events,” she explained in an email. “No plant process tanks or equipment were impacted (July 5). Should we have major flooding, it might enter our tanks, but it would be maintained within the plant system.”

However, climate change already is altering the meaning of “major.”

Hurricanes Matthew in 2016 and Florence in 2018 produced unprecedented rainfall over large portions of North Carolina.

Florence, which lingered for days, dumped more than 30 inches of rain in some areas, where an estimated 121 million gallons of untreated and partially treated sewage washed out of more than 200 wastewater treatment systems, according to “Flood Resilience and NC Water and Wastewater Utilities,” the study co-authored by Thompson.

The North Carolina Climate Science Report, published in 2020 by the N.C. Institute for Climate Studies, predicted that flooding in the state will become more common and more severe as instances of extreme rainfall increase with continued warmer weather. The report forecast temperature increases of at least two degrees in the state by the middle of the century.

“For a catastrophic flood, like a hurricane that would shut down everything in the entire county, you are asking about a hypothetical situation,” Ketteler replied. “Rest assured we do have emergency response plans in place for a variety of scenarios and conduct exercises with Emergency Management. Due to security concerns, we are not at liberty to share this information as it is protected at the federal level.”

Former Environmental Protection Agency Deputy Administrator Stan Meiburg, who now leads Wake Forest University’s graduate program in sustainability, has visited Archie Elledge plant and said the utilities department moved some pumps and electrical systems to higher ground years ago, but that some parts of the facility “would be at risk in a high-enough flood event.”

The city of Winston-Salem plans to erect “Road Subject to Flooding” signs at the northbound and southbound approaches to the area, and is looking to install a guardrail on Griffith Road to protect drivers when water is high, Winston-Salem Field Operations Director Keith Huff said Friday.

In 2017, about a mile west of the Archie Elledge facility, workers from the city of Winston-Salem tried to tap into what they thought was a waterline on Jonestown Road.

It turned out to be a natural gas pipeline.

That was one of 32 gas pipeline leaks in North Carolina and nearly 2,600 nationally over the past decade, according to a recently released report from the North Carolina Public Research Group and the Environment North Carolina Research & Policy Center.

Nationally, 328 of the leaks resulted in explosions and fires that killed 122 people and injured 603, the authors found in their research of records from the U.S. Department of Transportation’s Pipeline and Hazardous Materials Safety Administration.

In North Carolina, five explosions, two deaths and nine injuries were linked to natural gas pipeline leaks from 2010 through 2021, according to the report.

Four leaks — none leading to explosions, injuries or deaths — were recorded in the Triad over the past five years. They all were in lines directly or indirectly linked to the Transco Pipeline, which cuts diagonally through the area on its route from Texas to New York City

In addition to the Forsyth incident, two leaks were identified in Guilford and one in Rockingham County.

More natural gas is expected to flow into the state.

The Williams Companies, owners of the Transco Pipeline, announced plans last month for $212.5 million in upgrades in North Carolina to increase deliveries to Piedmont Natural Gas by 423 million cubic feet per day.

The leak report’s release comes amid a growing debate over the role natural gas should play in the shift to clean energy.

Many electric utilities — including Duke Energy, North Carolina’s largest — are looking to increase gas capacity as they shutter coal-fired plants.

Natural gas accounts for more than one-third of Duke’s current energy production. The company has proposed adding 2,000 megawatts of gas-powered production as it moves to meet state requirements to cut carbon dioxide emissions by 70% compared to 2005 levels by the end of this decade, and reach “carbon-neutral” status by 2050.

Gas-fired plants release about half the carbon dioxide of those burning coal. That’s not enough for many critics who insist adding production that still emits greenhouse gases is evidence of a lack of commitment by Duke to clean energy.

Duke counters that natural gas replaces the reliability lost by eliminating coal-burning operations and unavailable with solar and wind power.

“Whether it’s emissions from coal, methane from natural gas; whether it’s implications from mining, for materials that may be necessary for renewables and batteries, there is no solution that’s without some form of environmental impact or some impact that we need to deal with,” Duke Energy CEO Lynn Good said Wednesday during an interview for the CNBC Evolve Global Summit. “It’s our commitment as we continue this transition to clean energy that we take all of those things into consideration and deliver it in a way that our customers expect.”

Last month’s report on leaks argues that building new gas-powered plants will result in a small return on utilities’ investment — in many cases, funded by rate increases for customers — because the facilities’ will have limited lifespans.

Duke’s new natural gas facilities will eventually be capable of burning carbon-free hydrogen, likely by 2035, according to the company.

Critics also argue that the reliability of natural gas is offset by the volatility of fuel costs.

The electricity-generation sector is the second largest producer of greenhouse gases in North Carolina, so the state’s commitment to reducing emissions from power plants is critical in efforts to minimize rising temperatures that climate scientists say are already fueling more destructive storms, heavier rainfall, increased flooding and extreme droughts.

Duke Energy submitted a proposal to the N.C. Utilities Commission in May outlining how it would meet the state’s 2030 and 2050 emissions requirements.

The commission has until the end of the year to approve Duke’s submitted carbon plan, incorporate elements of multiple alternative proposals submitted by “intervenors” or come up with its own version.

Gas leaks reported to the federal government resulted in the release of 26.6 billion cubic feet of methane gas from 2010 through October 2021, equivalent in its effects on global warming to emissions from more than 2.4 million passenger vehicles driven for a year, the study found.

“With growing awareness of the impact of methane leaks on the climate, and with growing availability of safer alternatives, it is clear that gas has no place in a modern clean energy network,” the study’s authors insist.

Drought causes French river to be crossable by foot 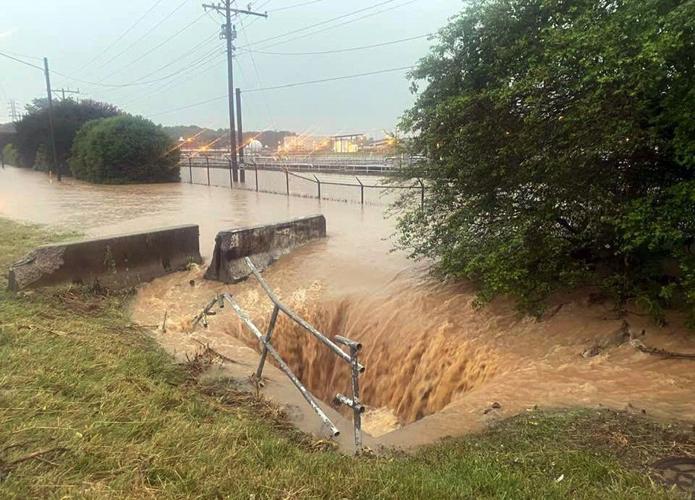 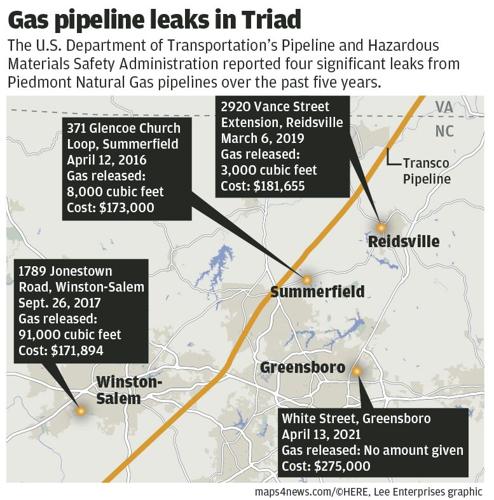