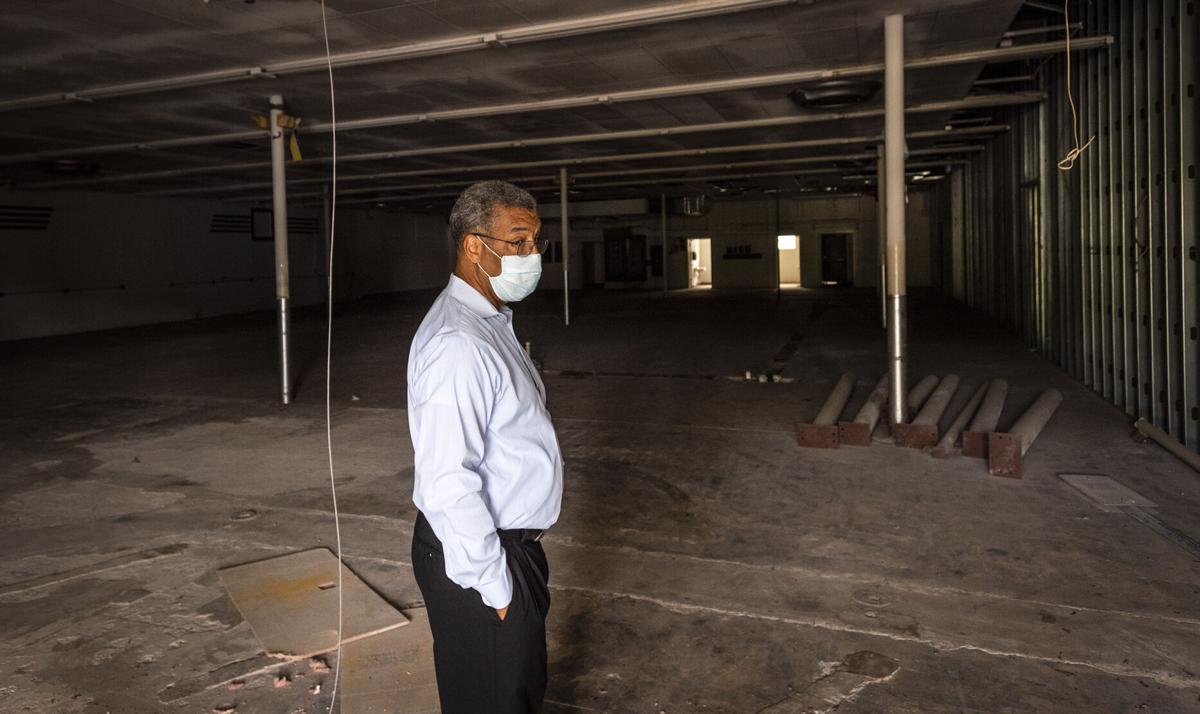 The Rev. Gary Williams, SHARE Cooperative of Winston-Salem co-founder, stands in the future space of the Share grocery co-op on July 8 in Winston-Salem. 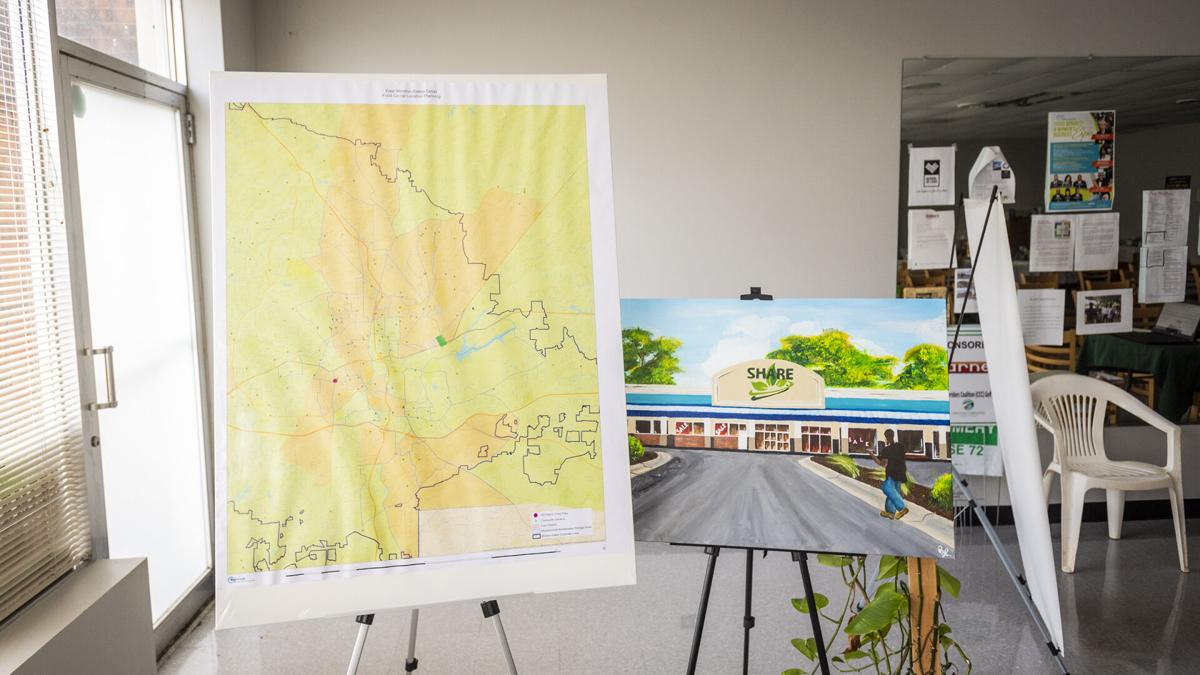 SHARE, a start-up grocery co-op planned for a site on Peters Creek Parkway, has won a $300,000 grant from the city of Winston-Salem to help its operations launch.

Organizers say they plan to open a grocery store in the former Food Lion spot in the West Salem Shopping Center by December and hope the effort will go toward relieving what has been described as a "food desert" on the northern end of Peters Creek Parkway.

The Rev. Willard Bass, one of the co-founders of SHARE, said the group hopes to get a grant from the county equal to the $300,000 that the Winston-Salem City Council approved on Monday night.

Before the store even opens, SHARE plans to begin allowing members to order food online and pick it up at a separate site on Peters Creek Parkway. Members of the general public could start doing the same in October.

Bass said getting support from the city was an important step.

"We are very pleased and appreciate their confidence in the work we have done so far," Bass said. "We are thankful for the opportunity to bring food to where there is a need."

The store will be called Harvest Market, and SHARE officials say they already have more than 400 people who have signed up for memberships. Not counting the city money, the effort has attracted some $1.5 million in financial commitments, in the form of grants, loans and contributions from various non-profit and faith organizations.

The start-up budget is $2.4 million. Bass said that if the county matches the city contribution, the $600,000 between the two local government units will go a long way toward meeting the goal.

During meetings of the city's general government committee over the summer, SHARE founders Bass and the Rev. Gary Williams said the co-op would provide 34 full-time jobs and would be hiring a manager as well.

The space the co-op plans to occupy is already under a 10-year lease and has 8,700 square feet of space in the West Salem Shopping Center.

In addition to the city grant, which would come from economic development funds, the co-op is also seeking a $100,000 small business loan from the city.

Williams told city elected officials this summer that the co-op does not believe it will have to ask for additional city funds as the project goes along in operation.

"Our model is to ensure that we are profitable so that the profits drive the Harvest Market," Williams said. "In the future, any profits that we make will be reinvested in the community. We don't anticipate we are going to have to come back and ask for funding."

The city granted SHARE almost $22,000 in 2017 to hire a company that would carry out a study to determine whether the co-op could work in Winston-Salem. When those results came back favorable, SHARE moved forward with its planning.

The vote on the city council on Monday to approve the $300,000 grant to SHARE was 7-1, with West Ward Council Member Robert Clark casting the only vote against.

"The main issue is that this store is between West Salem and Ardmore, both primarily white, middle-class neighborhoods," Clark said. "I don't know why we are asking the taxpayers to support a grocery store in that location."

"The eastern side of Ardmore is more diverse," Besse said. "The Peters Creek corridor has some communities that tend to be in great need and have challenges in travel to grocery stores."

Larson said the store's location has "nothing to do with race," but with the lack of a grocery store nearby.

"This location was carefully studied," Larson said, noting that the Food Lion that used to be in West Salem Shopping Center moved away.

In committee, Larson also noted that the old Budget Inn torn down across the street from West Salem Shopping Center has been fingered as the site for workforce housing. That effort is being headed by The Shalom Project.

The Rev. Gary Williams, SHARE Cooperative of Winston-Salem co-founder, stands in the future space of the Share grocery co-op on July 8 in Winston-Salem.