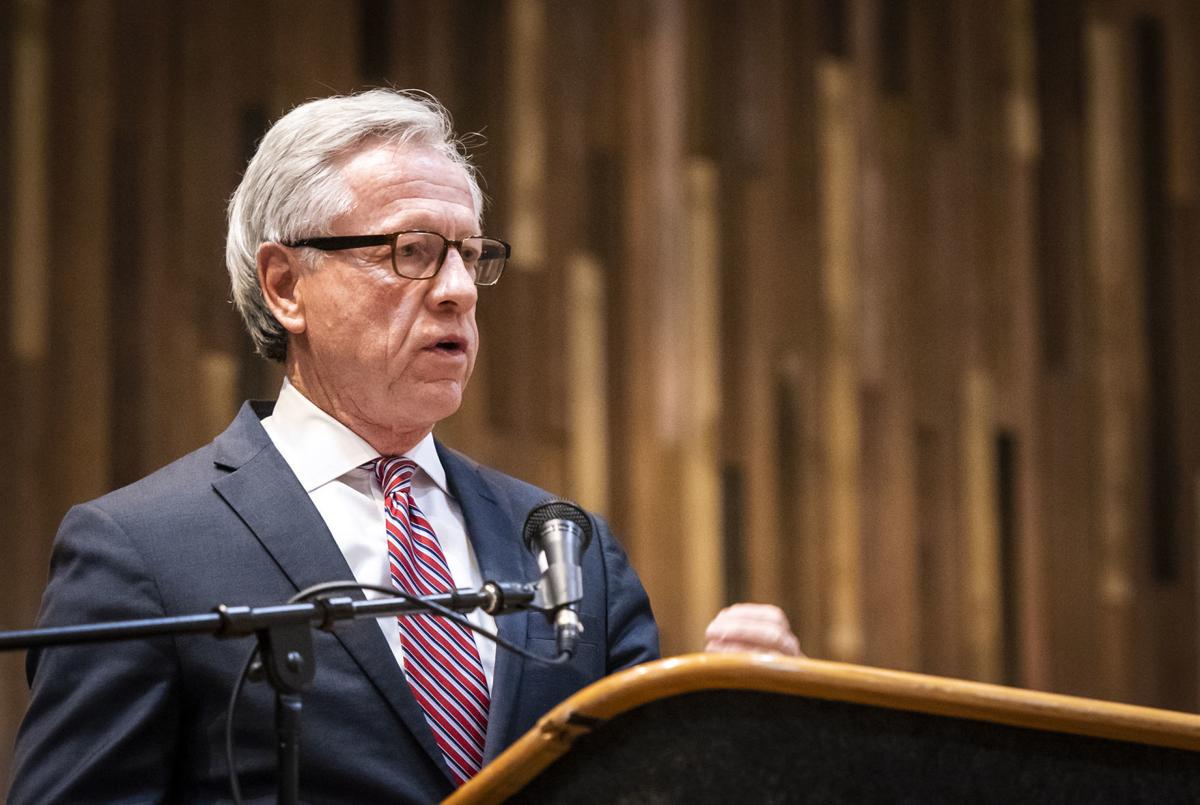 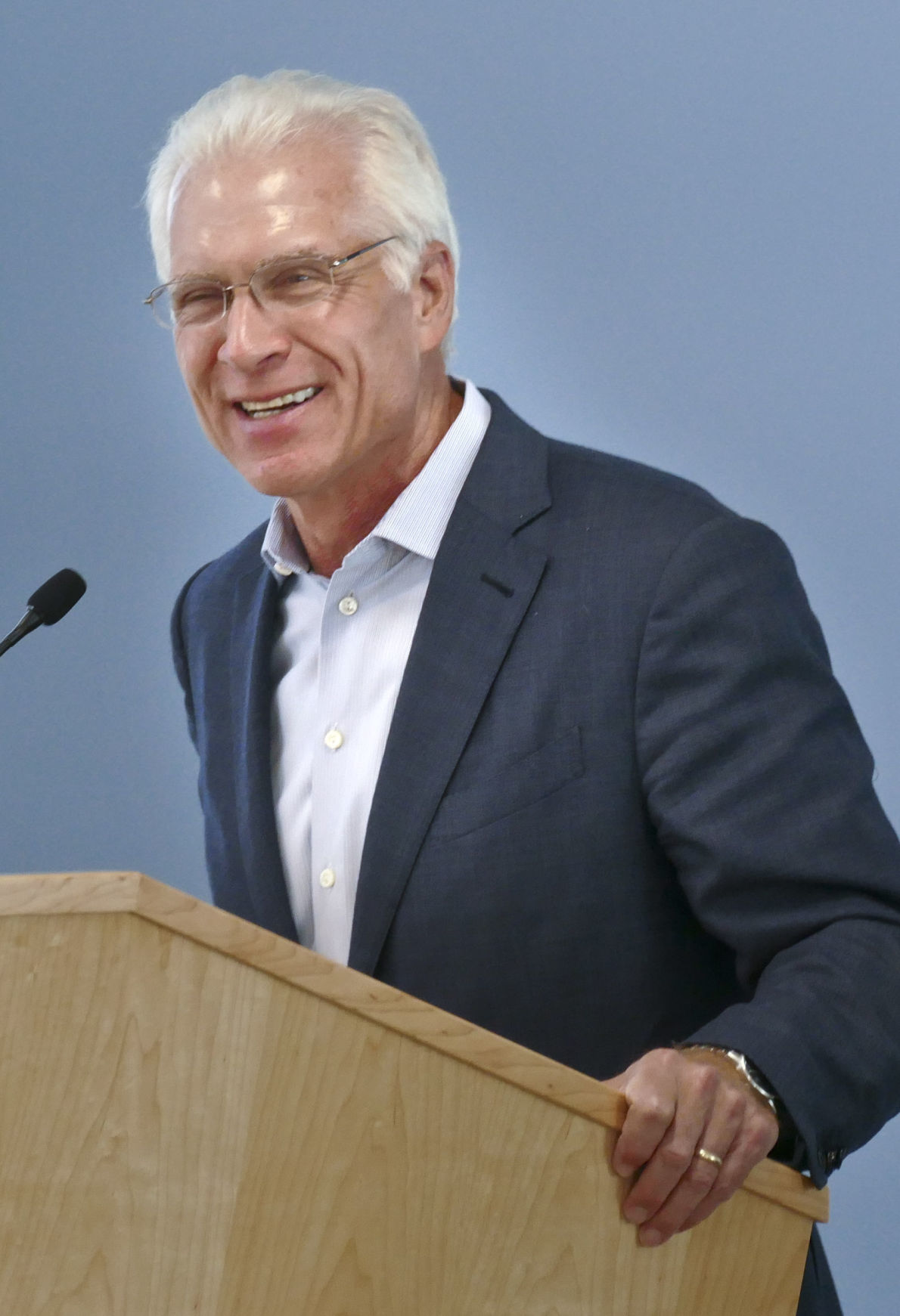 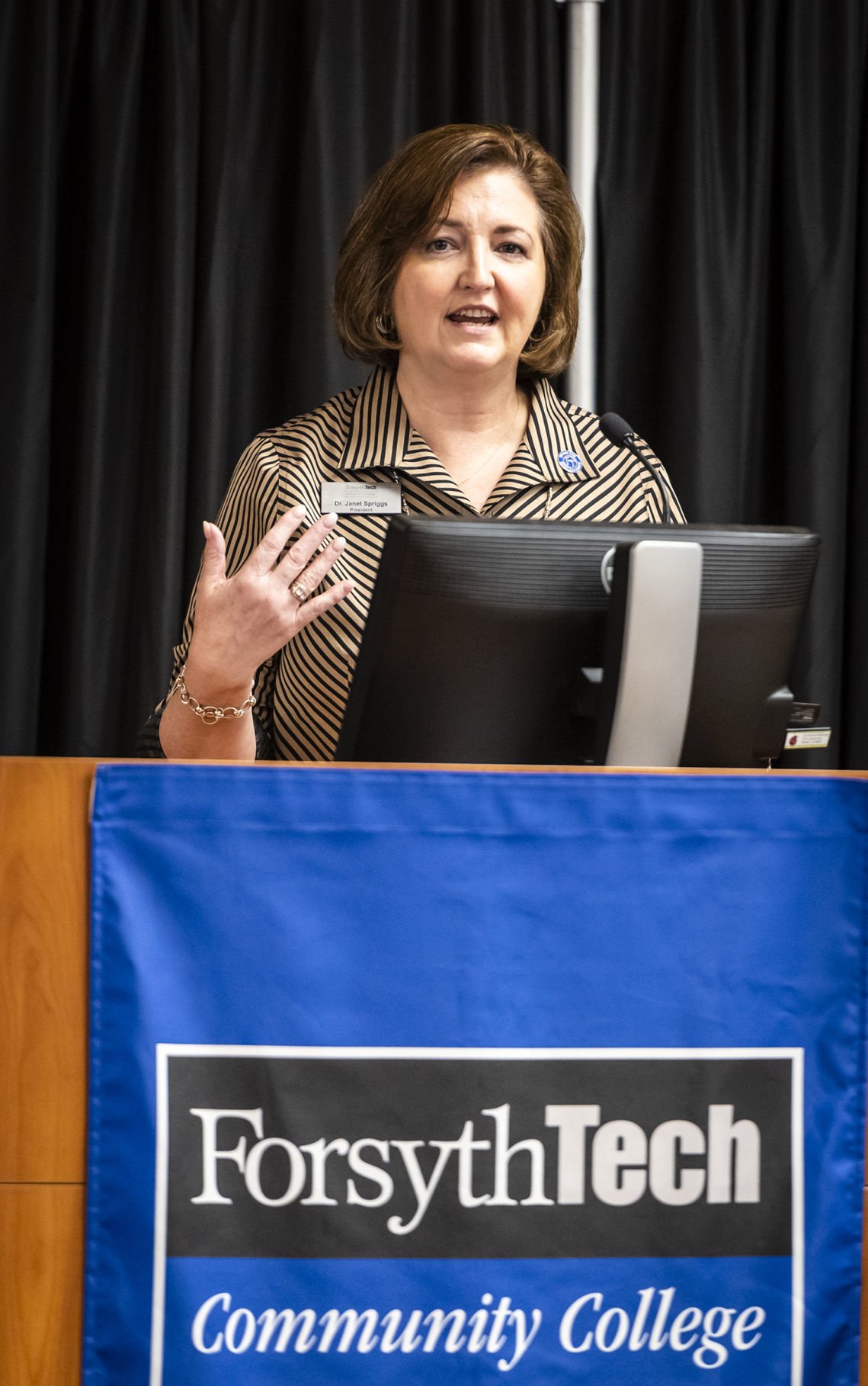 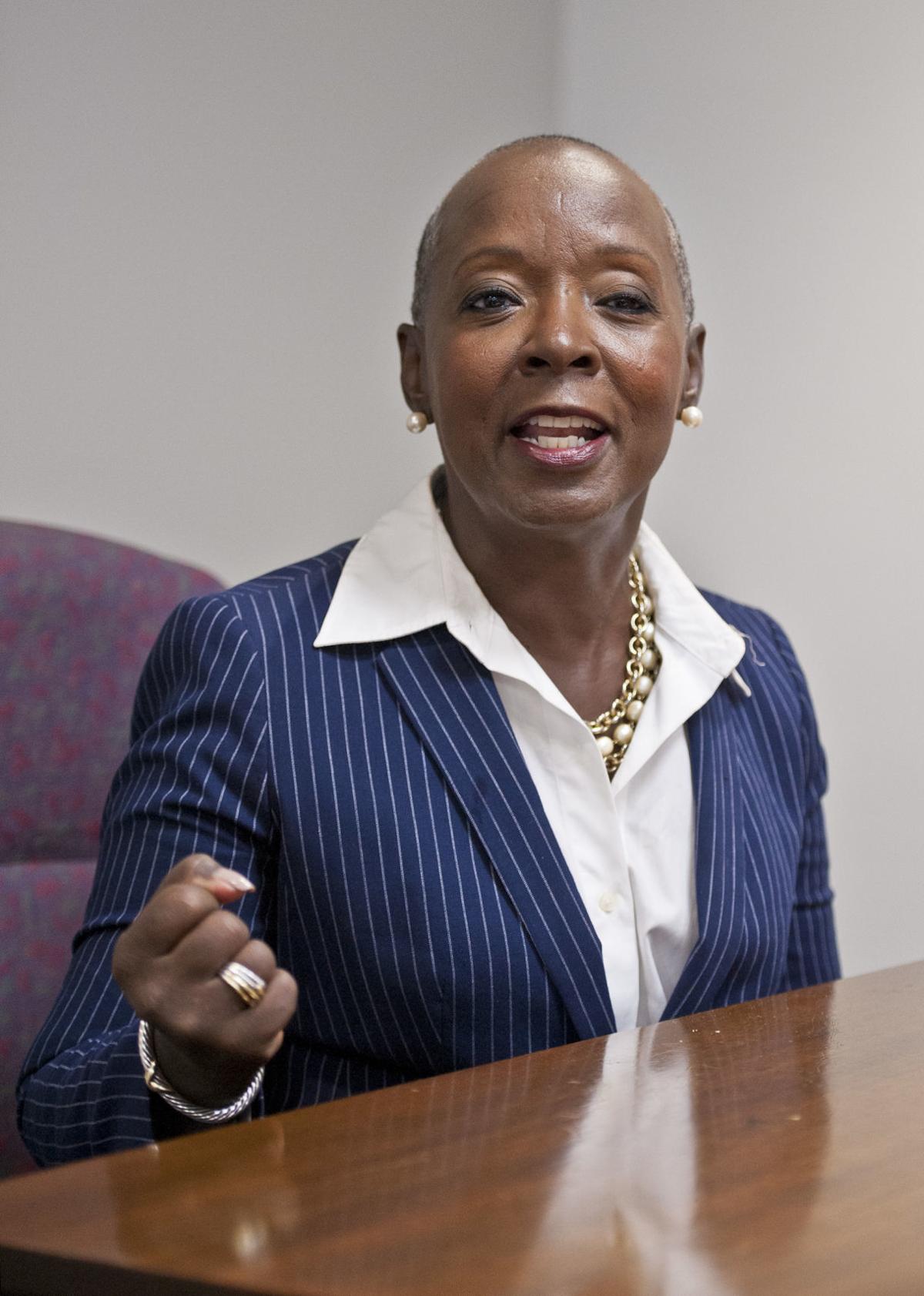 Funded primarily by an $870,000 grant from BB&T Corp., the Winston-Salem College Guarantee was announced at a news conference on the campus of FTCC. The “Hope and Opportunity” scholarships will be available to students from low-income households who graduate at the end of the current school year.

“I believe that allowing our young people to obtain the education and training they need is one way, but an important way, to interrupt the cycle of inter-generational poverty,” Joines said during the announcement.

“So today, I’m very happy to announce that any student who graduates from a Forsyth County high school who cannot afford to ... will be able to attend Forsyth Technical Community College completely free,” Joines said.

The grant, coupled with other sources of money including federal grants, will potentially allow some 2,550 students to participate in programs lasting up to two years, officials said, giving students a chance to get good jobs or go on to four-year institutions.

Forsyth Tech President Janet Spriggs said after the announcement that the number of students officials think they can help was based on the number graduating from local schools who do not either continue their education or go into the military.

So without the College Guarantee, Spriggs said, many of these students might not get more education or training.

“This investment will open new doors of hope and opportunity for students who need it the most,” Spriggs told those gathered at Forsyth Tech for the announcement. “Think how many more students will be able to achieve their dreams, thanks to this investment.”

With a two-year technical degree, Joines said, students could get the skills to work good-paying jobs in areas such as plumbing, electrical, heating and air conditioning, medical technologies, aviation maintenance and others “without the crippling debt of college loans.”

Joines made a remark that provoked a chuckle out of Wednesday morning’s audience, after he said that those students getting good jobs could have a $102 million impact on the local economy:

“If you stacked that ... with $100 bills, it would exceed the height of the BB&T building,” Joines said, as a graphic flashed on a screen showing a stack of bills beside the building.

BB&T is funding the college program grant for six years. The scholarships will cover tuition, books and fees and other expenses as necessary, including transportation, child care and remedial education.

Students who live in households with an income of 80 percent or less of the average median income in the county will be eligible for the scholarships.

Not just anyone can get the help. To qualify, in addition to meeting the income requirement, students must:

Students also have to commit to remaining in Forsyth County for at least two years after graduation, unless they attend a four-year institution located elsewhere.

Announcing the program were the city, Forsyth Tech and the Winston-Salem Alliance, an economic development nonprofit headed by Joines.

Canty Alexander, regional executive for BB&T, said that he’s glad the grant is starting up right away.

“This will reduce poverty,” he said. “It will also keep program participants right here in Forsyth County once they complete their degree ... that is one of the things we looked at when we put this program together.”

“It would not have happened without Kelly King,” Flow said, recounting how he and others met with King and told him how they wanted to tackle the problem of poverty. “Kelly King sat in front of me, we told him the story and he said, ‘We’re in.’ “

Depending on lab fees and book expenses, Forsyth Tech officials say it can cost $1,720 per semester to attend the community college with a 12-hour course load.

Spriggs said the program’s value is that it will be a “last dollar” grant that will come in only after a student has gotten all the Pell Grant and scholarship assistance, and make a real difference for students who might not otherwise have any other sources of help.

Some of the BB&T money will actually go to helping students apply for financial assistance, Spriggs said, noting that many low-income students don’t know how to navigate the programs that give financial aid.

D.D. Adams, who represents North Ward on the Winston-Salem City Council, called the College Guarantee grant a “game-changer,” and challenged local officials to come up with a way to help families meet early childhood educational needs as well.

Malishai Woodbury, who chairs the Winston-Salem/Forsyth County Board of Education, and schools superintendent Angela P. Hairston spoke with enthusiasm about the College Guarantee grant during Wednesday’s announcement.

“Wow, what a great day,” Hairston said. “We are here to acknowledge and celebrate not just a game-changing event but a life-changing event, and this is going to change our community.”

Joines said the program fits in with the Alliance’s goal of boosting education so that 65 percent of the adults in Forsyth County between the ages of 25 and 55 have an associate degree or higher.

Presently, only 41% of the county’s residents over the age of 25 have an associate or more advanced degree, according to U.S. Census Bureau estimates.

Joines announced a “Thought Force” against poverty in 2015, followed by the creation of a nonprofit group called the Partnership for Prosperity. While the new educational push is not part of that effort, it fits in with the goals, Joines said.

Do you think the College Guarantee plan will help alleviate poverty in Forsyth County?

Details on how to apply for a Hope and Opportunity Scholarship will be announced at a later date. For information about Forsyth Technical Community College, visit ForsythTech.edu or call 336-723-0371.

I wonder how long it will be before our taxes go up because of "hope and opportunity"?

It is not how long before our taxes go up - they are already going up - the question should how much more will they go up?