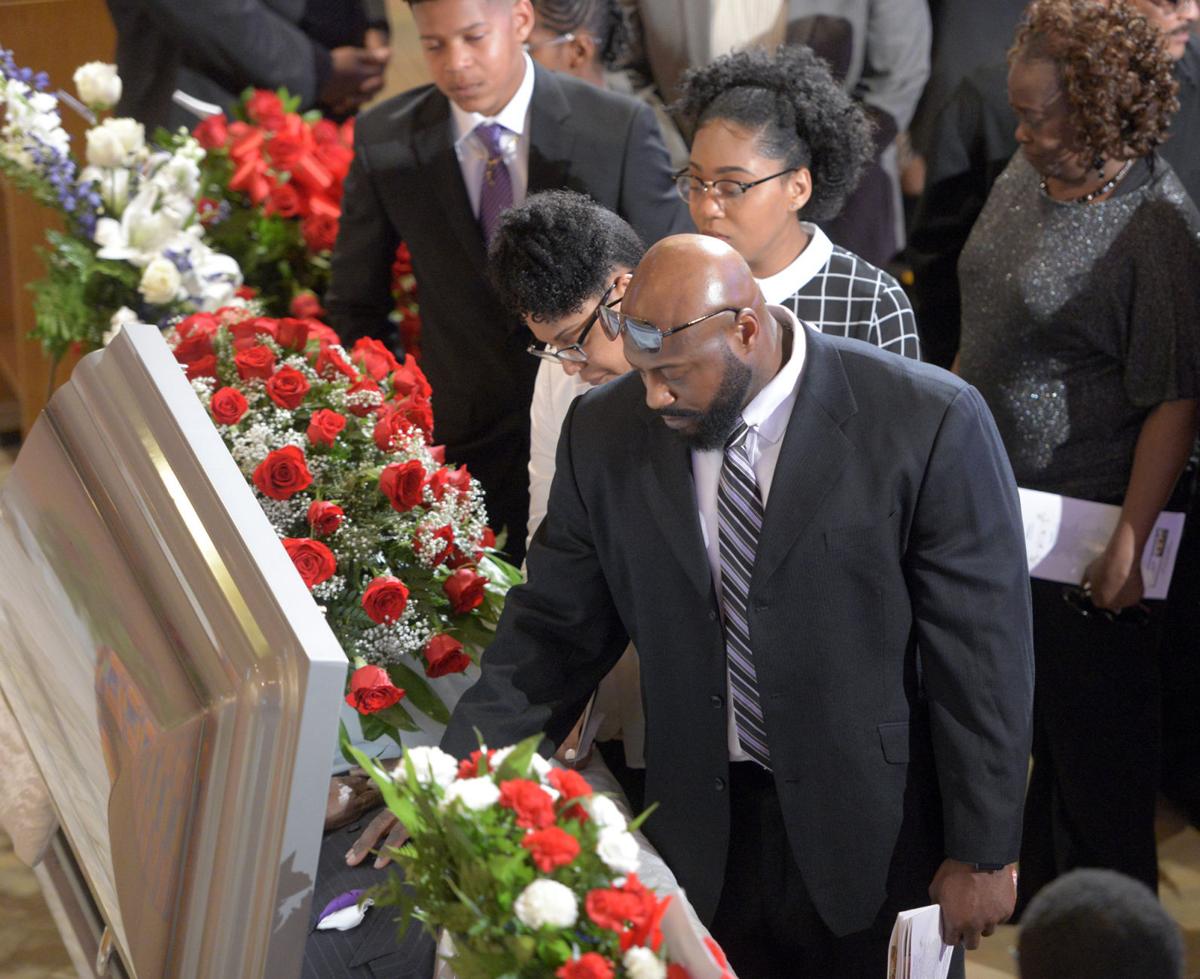 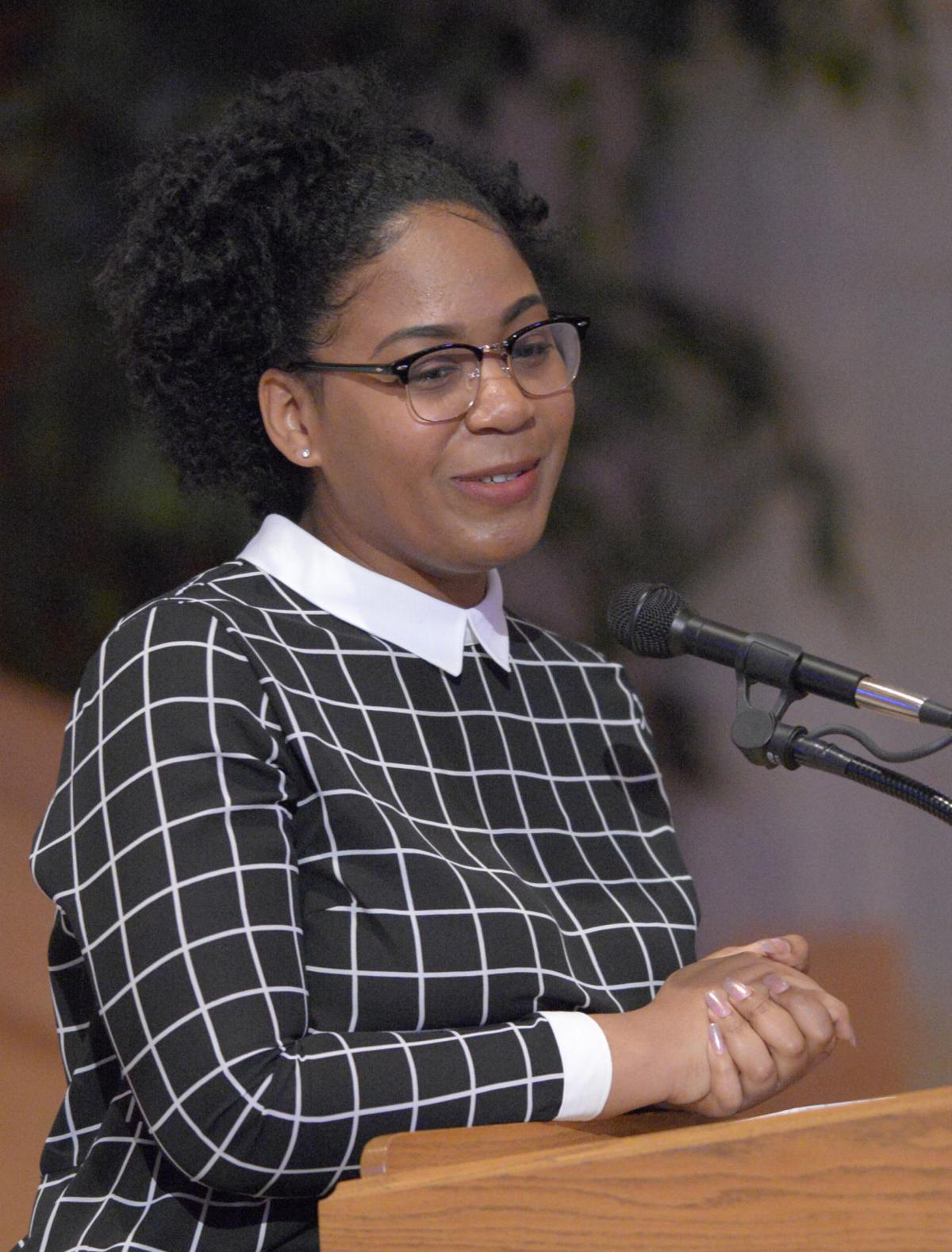 Ashanti Marshall, granddaughter of Walter Marshall, speaks at the funeral. 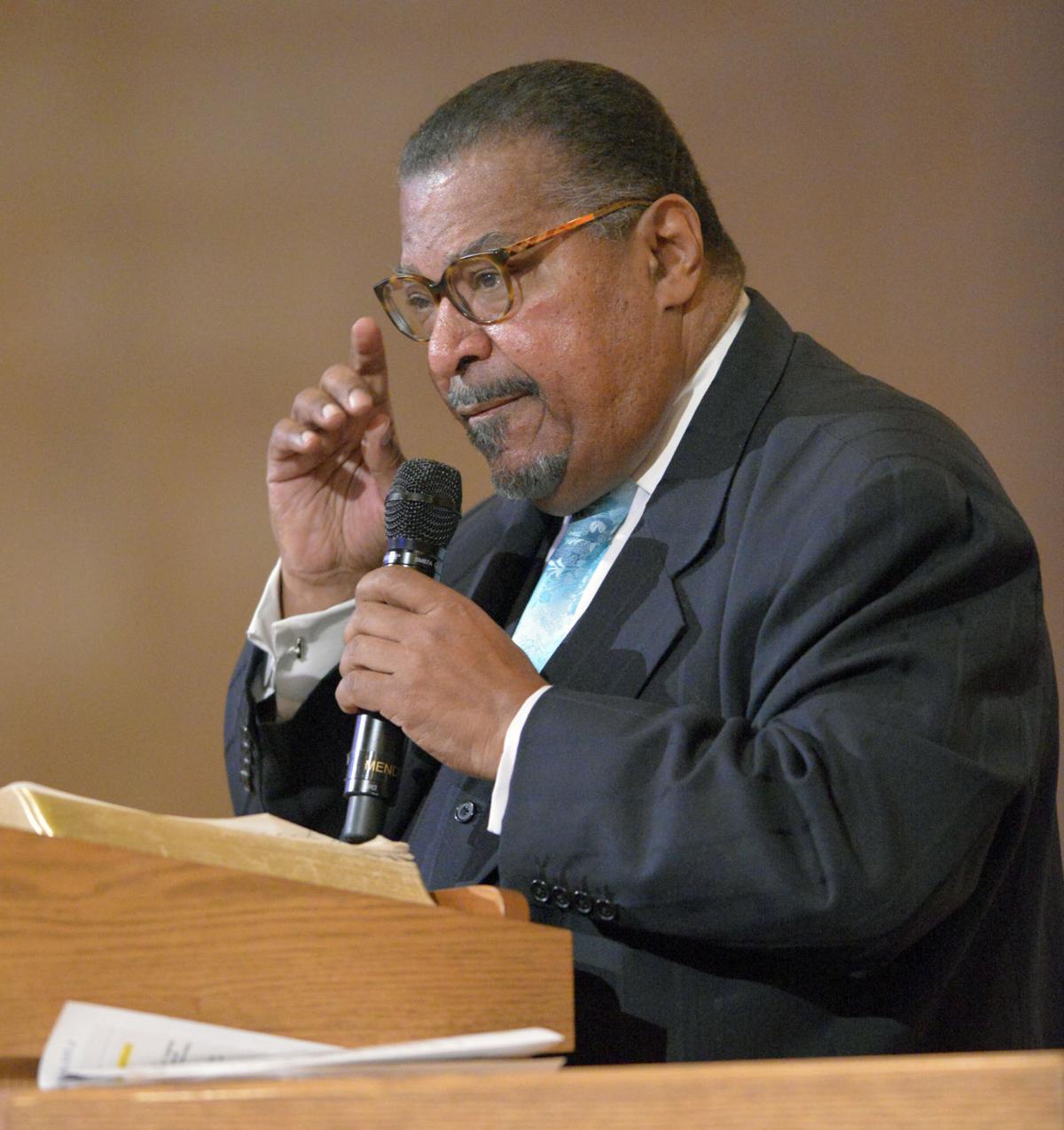 Several hundred people, including his fellow commissioners, city council members and other elected officials — clapped their hands at Emmanuel Baptist Church to praise Marshall for his relentless work as a fighter for freedom and equality.

Marshall, who died Feb. 22 of natural causes, was a “warrior and a teacher,” according to the Rev. Carlton Eversley, pastor at Dellabrook Presbyterian Church.

“As an educator, he had to deal with the whole political system,” Eversley said. “You work very hard and people will still question your motives. (Walter) taught me that you have to do the work because it’s the right thing to do.”

“I submit that Walter, like Jehoiada, be buried among the kings,” Mendez said. “Walter was a man of character...a man of commitment...a man of courage...and a man of community. He found more dignity in conviction than conformity.

He attacked discrimination wherever it showed its head. He was not afraid of Muslim foreigners but of homegrown white extremists that threatened him and his family,” Mendez said. “Because of Walter, many oppressed souls have been set free. I wish I spoke 10,000 tongues to say ‘thank you’ to Walter.”

This public servant is the side of Marshall most people knew, but his relatives also remember him as a faithful family man.

“My sister and I didn’t grow up as average children,” said Marshall’s son, Malcolm. “My dad was a community man so we saw the good, the bad and the ugly. When I was 5 or 6, he was attacked by four officers in JCPenney. Normal children didn’t see that. My father taught me that hatred cannot be destroyed by hatred, you destroy hatred with love.”

“Me and my brothers are like Walter’s kids from Wadesboro,” he said. “Uncle Walt was a superhero to me. He was instrumental in straightening me out. He was also an artist and that’s the way he affected me the most. He supported me from the time I was a kid until now.”

Marshall was first appointed to the board of commissioners after the death of former commissioner Mazie Woodruff in 1996.

He built a reputation for helping create more transparency in government, reining in the budget and building up eastern Winston-Salem, along with holding a deep concern for the environment.

Prior to his service on the commissioners, he served on the Board of Education for six years.

Marshall graduated from high school in Wadesboro in 1961 and from Winston-Salem State College (now Winston-Salem State University) in 1965. He earned a master’s degree from N.C. A&T in middle-school education in 1970. He worked as a teacher for learning-disabled students at Griffin Middle School in High Point for several years.

He started his political activism with the Winston-Salem chapter of the NAACP in 1968. That year, Marshall allowed his daughter’s name to be added to a list of plaintiffs who filed a desegregation lawsuit against the school board.

In addition to his son Malcolm, Marshall is survived by his wife, Paulette; daughter, Krista and three grandchildren, Ashanti, Ahmani and Khouri.

Is the Earth’s inner core solid and squishy?

Is the Earth’s inner core solid and squishy?

Ashanti Marshall, granddaughter of Walter Marshall, speaks at the funeral. 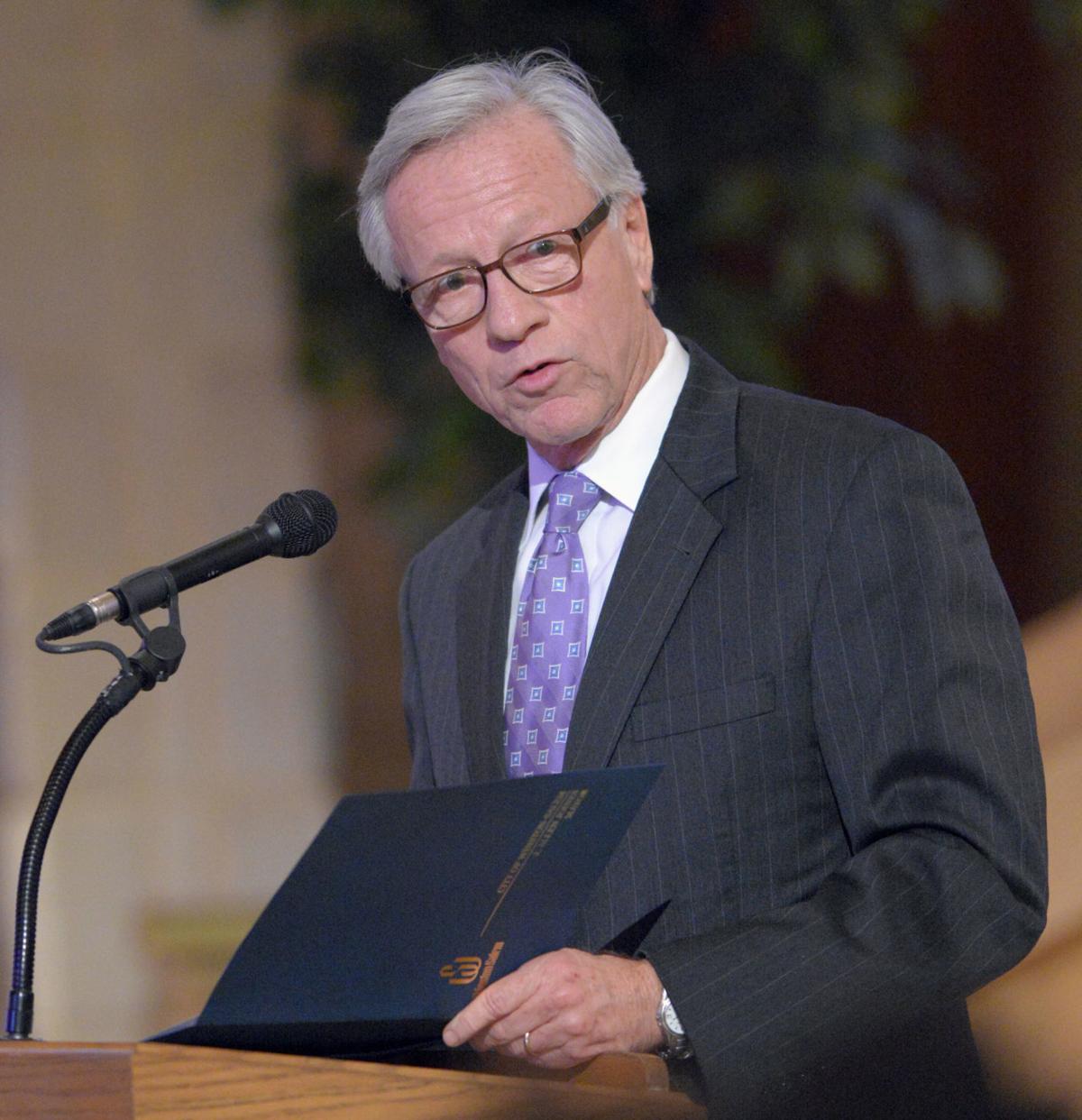 Winston-Salem Mayor Allen Joines said the city wasn’t trying to steal a company from its Surry County neighbor. The city wouldn’t be talking to Renfro unless that company had already decided to move, Joines said, calling it “an unwritten agreement” among area cities not to poach jobs.