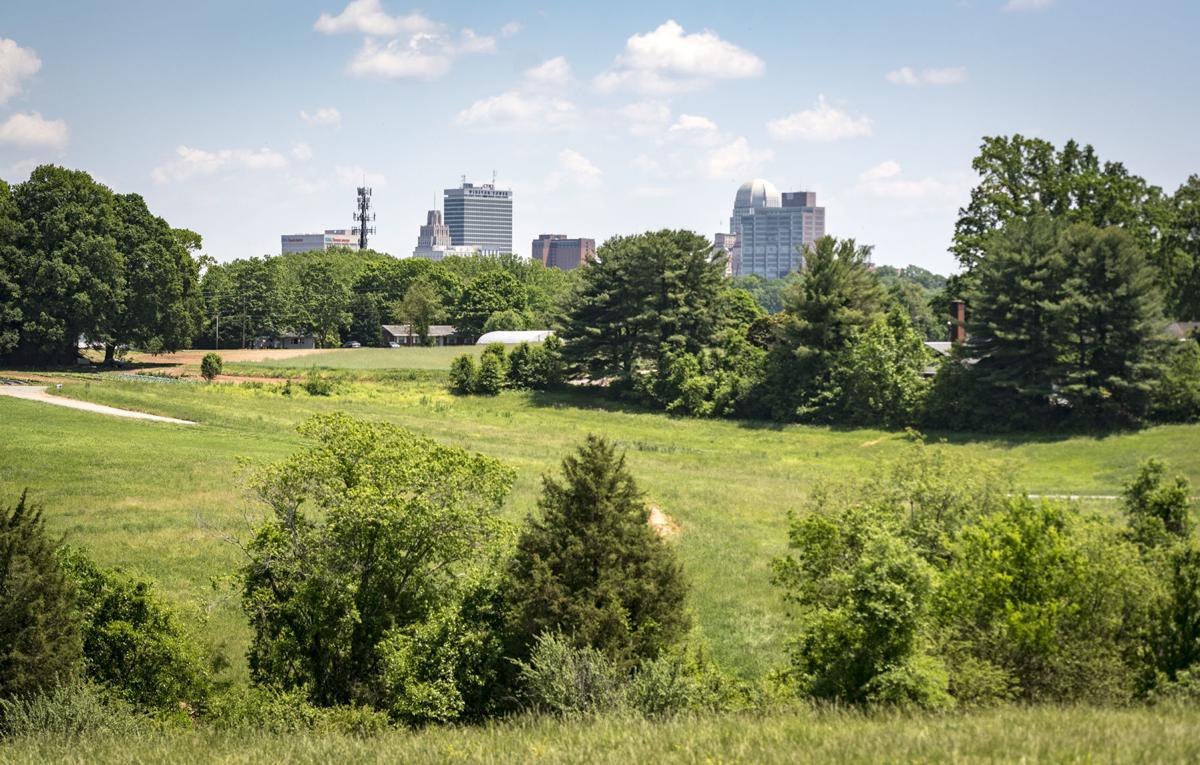 The Piedmont Land Conservancy is seeking to buy an easement from Children’s Home with spectacular views of downtown. 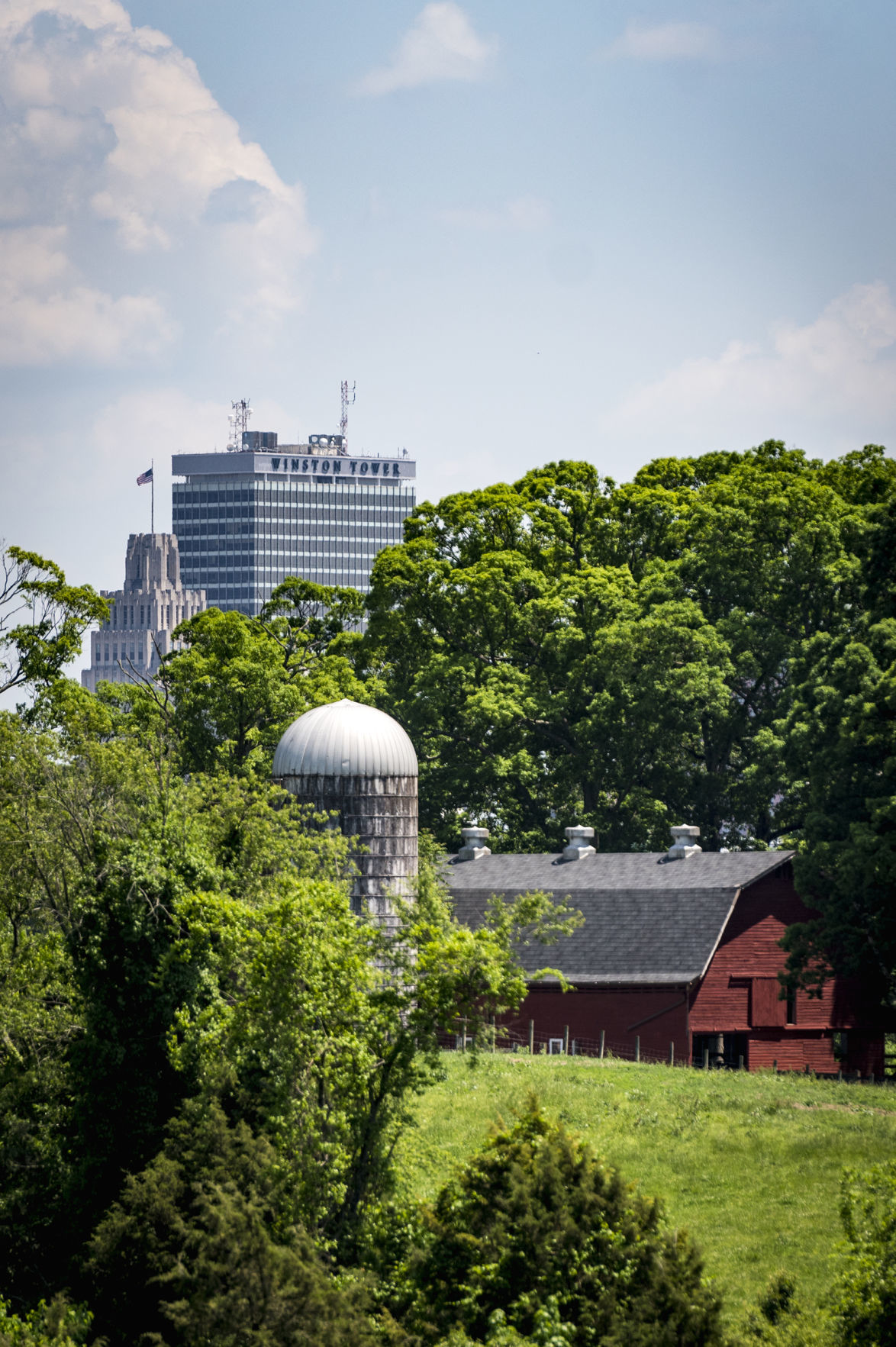 The Piedmont Land Conservancy is seeking to buy an easement from the Children’s Home with spectacular views of downtown.

D.D. Adams says she's never used a "no consideration" motion during her time on the Winston-Salem City Council, but that she felt she had no choice Monday as the eight-member panel moved toward a vote on contributing $200,000 to help preserve 92 acres of farmland belonging to Crossnore School & Children's Home.

Adams, who represents North Ward, said she acted in part because she lacked detailed information on where the money would come from and its implications for other city needs.

But there's more: Adams said the city's lower-income communities, its people in "black, poor, brown communities," have higher priorities than preserving the 92 acres along Reynolda Road, even if those acres do back up to the Boston-Thurmond neighborhood, which has high levels of poverty.

"There are poor places in in this city where the city as a whole never invested in parks and recreation," Adams said after Monday's meeting, adding that what the people in Boston-Thurmond need is better housing and health care.

One thing's for sure: The story of how the request got sidetracked on Monday is one of multiple perspectives and even a mishap or two.

Adams has argued that her ward's residents want existing parks repaired and better maintained, and that people in Boston-Thurmond don't see the Children's Home preserve as one that would be for their neighborhood.

However, the president of the Boston-Thurmond Neighborhood Association, Patricia Caldwell, wrote a letter to the Piedmont Land Conservancy last December endorsing the deal.

"The land has been, is currently, and we hope will continue to be an integral part of our community," Caldwell wrote. "The planned walking trail will provide outdoor recreational opportunities while building support for open space preservation and land conservation."

The letter goes on to say that the neighborhood association will encourage residents to support the project.

Boston-Thurmond and Crossnore are both in Adams' North Ward, but the Crossnore property also faces some of the city's richest neighborhoods across Reynolda Road in Northwest Ward.

Adams said that while the Boston-Thurmond Neighborhood Association may have endorsed the effort, she's heard from others in the broader Boston-Thurmond area who are on her side in not giving the land preservation so high a priority.

"I have to look at the bigger picture," she said. "If they want to do something to improve the quality of life, I see that as a grocery store."

The Adams motion of no consideration stopped Monday night's vote, but under council rules the issue comes right back to the board on Dec. 2. Several council members say they expect the debate to be reopened at that time.

Some background: A city council committee voted last week to give $100,000 to the Piedmont Land Conservancy toward that group's effort to preserve the 92 acres. The land is the northern and undeveloped section of 200 acres Crossnore owns on Reynolda Road. Crossnore is the successor to the Children's Home founded by the United Methodist Church in 1909.

The land preservation group needs to raise $6.5 million by the end of the year to pay Crossnore for the conservation easement that would stop any future development of the site.

In committee last week, Northwest Ward Council Member Jeff MacIntosh advocated contributing the full $500,000 requested by the Piedmont Land Conservancy, but found no support from other council members. The committee voted to give $100,000 from recreation bond money, and Adams was OK with that.

MacIntosh says that his constituents are strongly in favor of preserving the children's home property. Advocates of the deal say it offers what could be a unique chance to prevent eventual development on the site.

MacIntosh said that going into Monday night's meeting he had talked to most of the other council members, in hopes of getting $250,000 for the land-preservation effort.

"I knew D.D. was not going to be able to support it, but things went off the rails when the motion did not spell out where the money would come from," MacIntosh said Tuesday.

Actually, the motion did spell out where the money was to come from, but did so incorrectly. West Ward Council Member Robert Clark made the motion for a $200,000 contribution and said the money would come from undesignated general fund reserves.

That's a pot of money the city struggles to keep at a certain level, and Adams says she had a problem with the motion right there because of the concern over the amount of money in reserves. She says she needed to know how that would work, and couldn't support the spending otherwise.

MacIntosh says his idea was to take the money from another pot of money: $3.1 million in unspent capital project funds that were left over from the Union Station renovation.

Had discussion continued on Monday, both Clark and MacIntosh said the mixup would likely have been cleared up.

But it is clear also that Adams' concerns go beyond the source of money.

"I feel like the park benefits the people that live on the other side of Reynolda Road rather than Boston-Thurmond," she said. "As an African American woman representing parts of the city that are African American ... we see things differently. I don't agree with finding another $150,000 to add to a neighborhood that has Hanes Park and Reynolda House."

As Adams sees it, the preservation of the Children's home site doesn't weigh as heavily in the scales as other, more pressing issues on her side of town.

"We African Americans built this town, and we never got the investment or reinvestment that the other people benefited from our resources and our labor," Adams said.

Clark disputes that the preserve wouldn't bring any benefit to Boston-Thurmond. In fact, he said he wants to make sure there are parking areas provided on that side and other locations so that people can come out to enjoy the area.

But Clark agrees with Adams' comment about differing needs.

"I think that is a valid comment," he said. "Different parts of town do have different needs. But the city doesn't operate grocery stores and health clinics. If you look at the map, most of the parks are in the east side of town."

To Clark, spending $200,000 is a cheap way to get what amounts to a new public park, although it would be one without playgrounds, ball fields and a recreation center.

Larson thinks the problem Monday may have been that Adams was blindsided by the increased amount in the request. Adams said she only learned about the change in a conversation with MacIntosh just before the meeting.

Northeast Ward Council Member Vivian Burke said she was in agreement with giving the land conservancy $100,000, but not twice that amount. Part of it is the needs of the poor people in other parts of the city that aren't getting met, she said.

But another problem is how the doubling was brought up at the last minute just before the council meeting.

What's the point of having a decision in the Finance Committee, Burke said, if members decide to bring up changes in between committee and the full council?

"When we try to have big projects discussed in regular council meetings, you are not thinking it through," she said. "When you are in a committee you can think things through."

East Ward Council Member Annette Scippio said she too was surprised by the suddenness of the new proposal, and would have voted against Clark's motion for that reason — in part:

"I was going to go for the $100,000," Scippio said. "I have been working to get a park in the far East Ward, near Glen High School. That area was annexed years ago, and at one of the town meetings the folks said, 'We don't have a park out here.' I didn't want to give out all the money for Crossnore that I could use for my residents on the east side."

When the proposal for doubling the money came up, even though the extra money wasn't from the park-acquisition fund, Scippio said she had too many questions to support it.

"I'm all for preserving that land," she said. "It is a beautiful site, it is right in the middle of the city. I didn't like being blindsided."

On Monday, Southwest Ward Council Member Dan Besse spoke in favor of the $200,000 contribution, since only $100,000 was coming from the bond-funded park acquisition fund. Besse said the city's low-income residents deserve a large chunk of the parks-acquisition money.

While supporting the preservation of the Children's Home property, Besse says it is not "environmentally unique," and certainly not a high priority compared to other needs in low- and moderate-income communities.

It would be different, Besse said, if the land were "smack in the middle of a poor neighborhood under-served with open space and walking trails and fields for the kids."

In his thinking, though, the city would be justified in spending some of the leftover Union Station money that has been tentatively earmarked for upgrades to the Grand Pavilion Ballroom under the Embassy Suites hotel downtown.

Despite her objections and motion of no consideration, Adams said she does expect full discussion when the council revisits the decision Dec. 2.

"I made it quite clear I had nothing against the project," Adams said.

The Piedmont Land Conservancy is seeking to buy an easement from Children’s Home with spectacular views of downtown.

The Piedmont Land Conservancy is seeking to buy an easement from the Children’s Home with spectacular views of downtown. 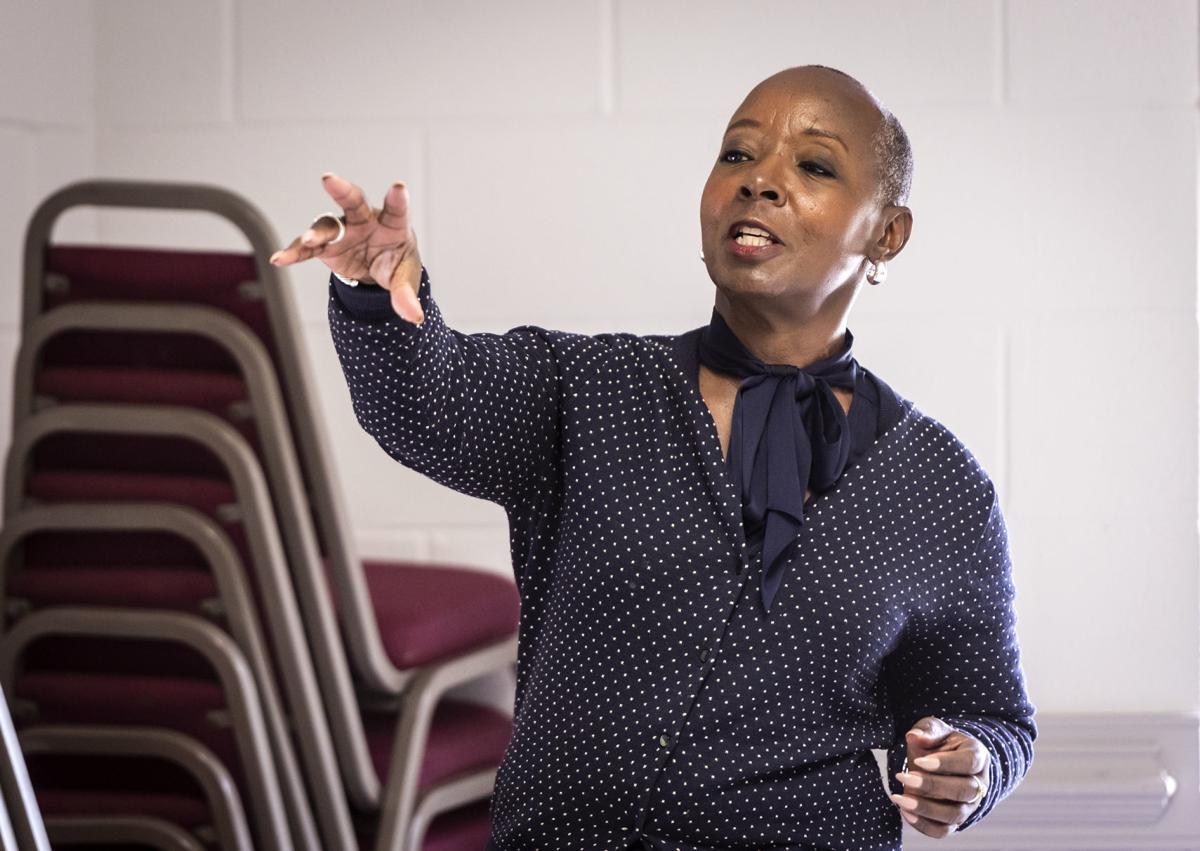 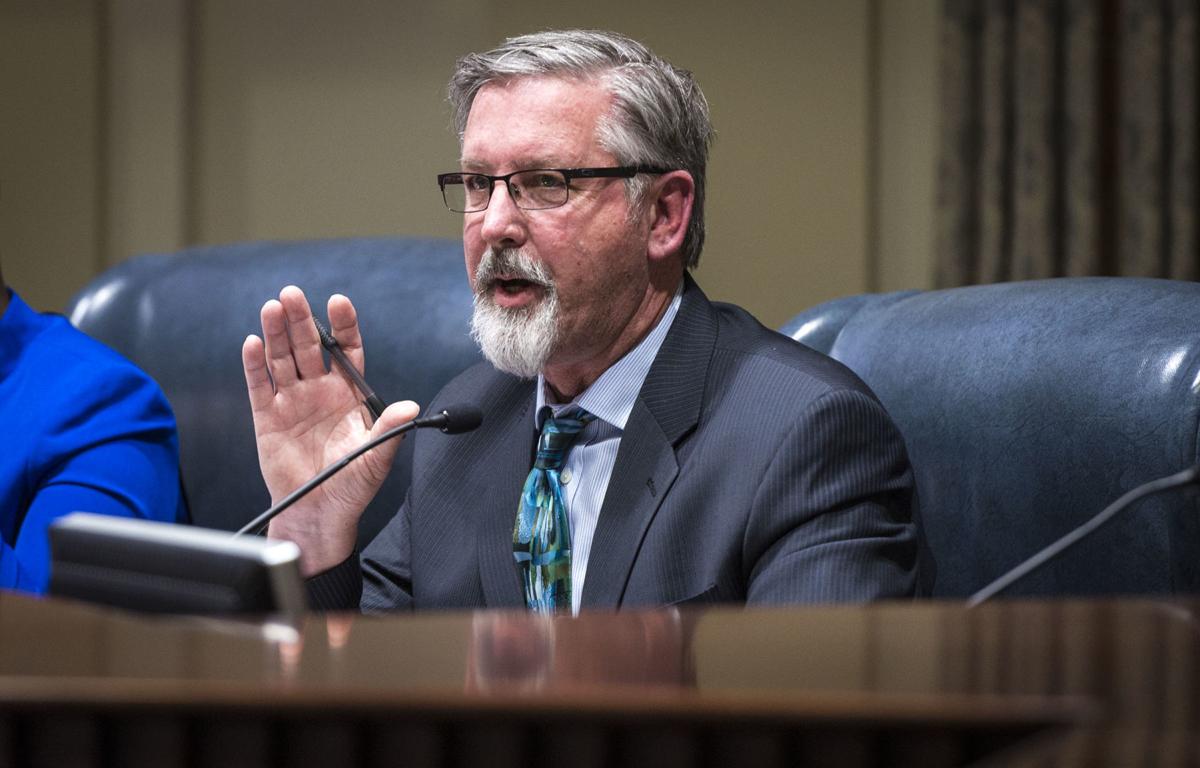 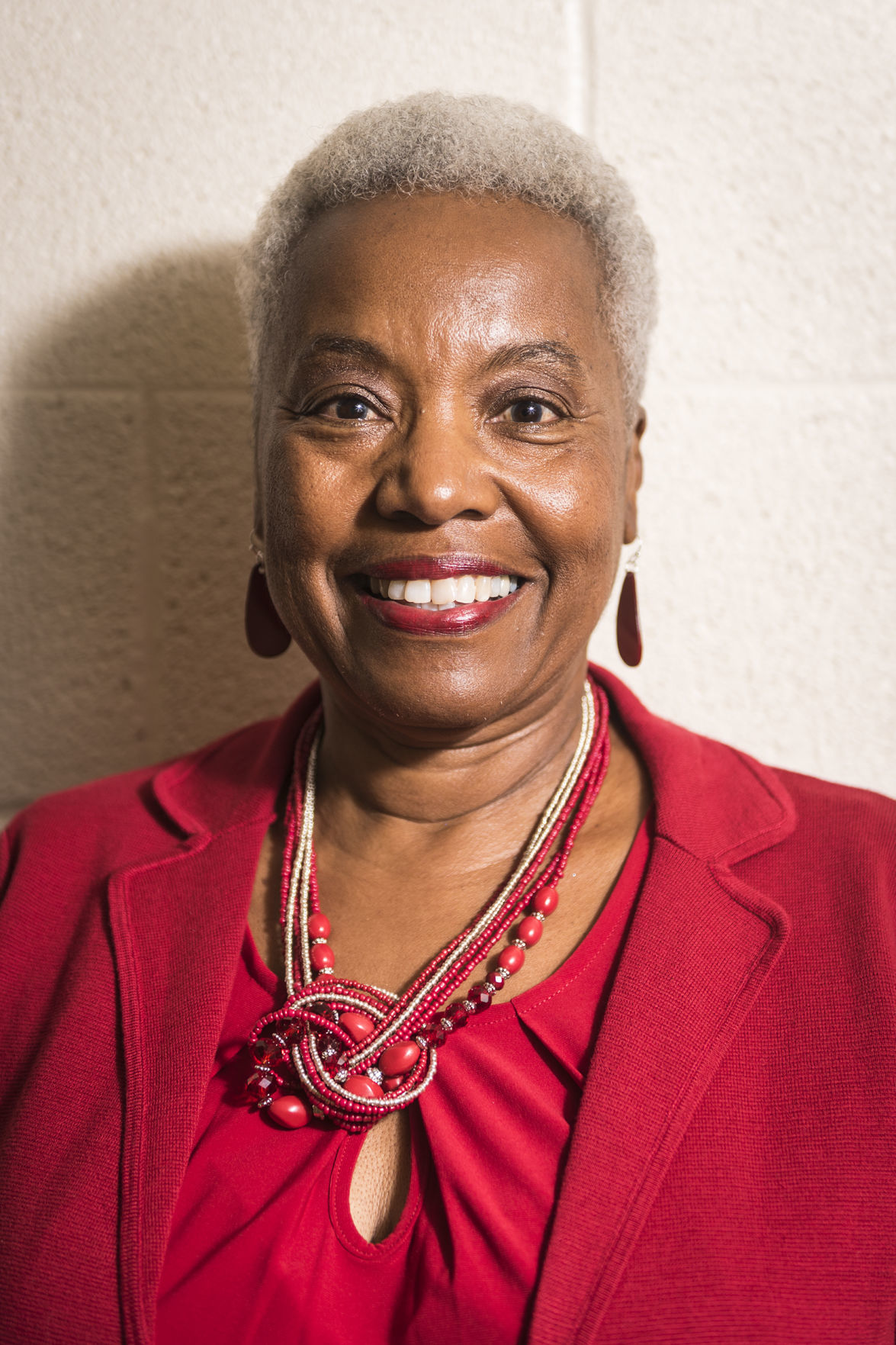 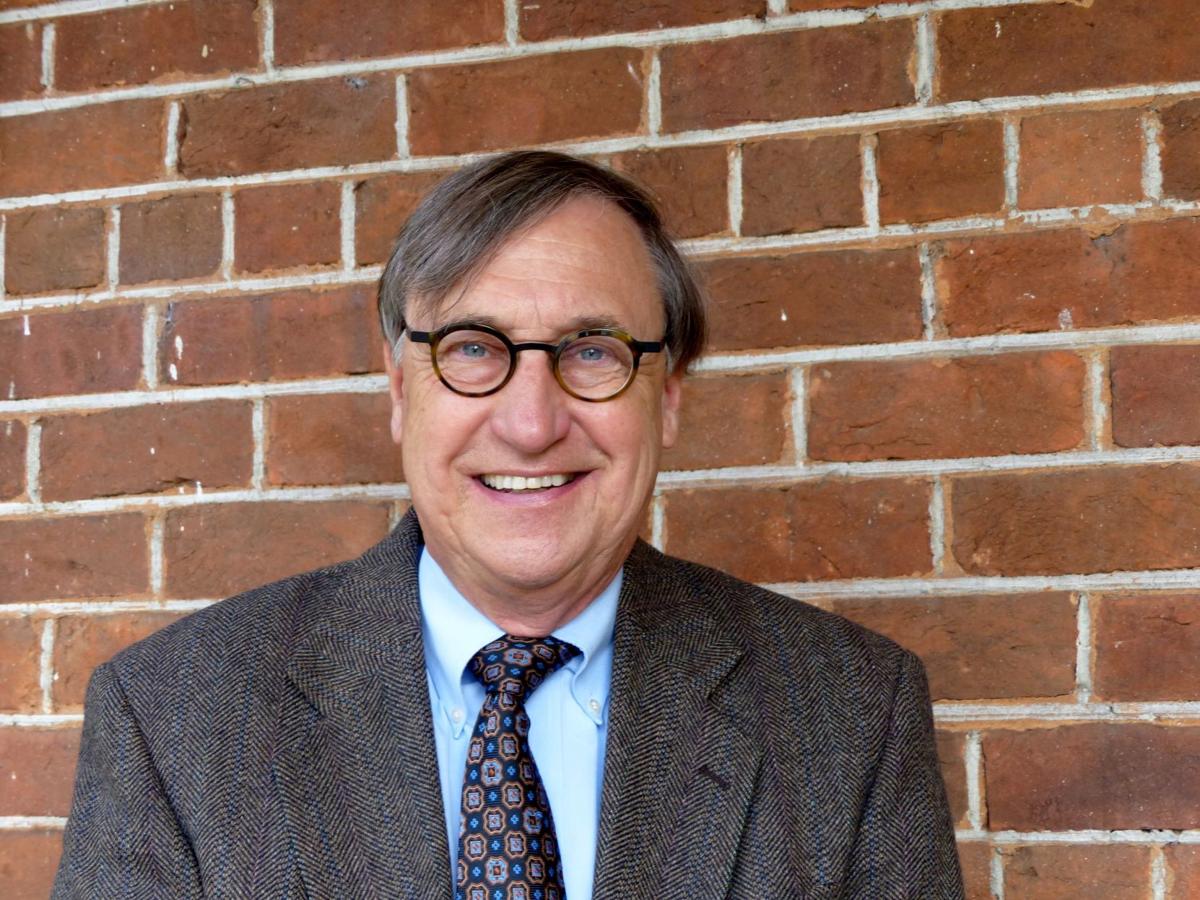