Quinton Donnell Blocker, 39, of North Centennial Street pleaded guilty in April to federal charges of possession of a firearm by a felon and possession of a stolen firearm, federal court records show.

Blocker also is accused in Forsyth Superior Court of shooting and wounding Officer Sean Houle with Houle’s gun in February 2021.

He has been indicted by a Forsyth County grand jury on state charges of attempted first-degree murder; assault with a deadly weapon with intent to kill, inflicting serious injury; and assault with a firearm on a law enforcement officer, court records show.

Also, he has been indicted on a state charge of possession of firearm by a convicted felon and as a habitual felon.

Blocker is scheduled to appear Sept. 6 in Forsyth Superior Court.

During Blocker’s sentencing hearing earlier Thursday in U.S. District Court in Greensboro, his attorney argued that the state charge of attempted first-degree murder should be reduced to attempted second-degree murder due to a lack of evidence that the shooting was premeditated, according to WGHP/FOX8, the Winston-Salem Journal’s news-gathering partner.

A psychologist also testified about Blocker’s mental state at the time of the incident, saying Blocker had a mixture of crystal methamphetamine and crack cocaine in his system, which can increase a person’s impulses and give them “control problems,” the television station reported.

The psychologist said that this mixture impeded Blocker’s decision-making on on Feb. 21, 2021, and that the shooting could not have been premeditated, FOX8 reported.

The psychologist also said that Blocker later told him that, “This would never had happened if I wasn’t high,” the television station said.

Judge William L. Osteen Jr. of U.S. District Court ruled that since two shots were fired, there were milliseconds of premeditation, and he would not reduce the charge, FOX8 reported.

Houle, despite his injuries and gaps in memory, was highly credible with backing from video evidence, Osteen said.

Houle was emotional when he took the stand in court and detailed the incident, the television station reported.

When asked about the impact the decision had on him, Houle said that giving his testimony was nerve-wracking but liberating, and allows him to take a much larger step in moving forward, FOX8 reported.

Houle said that on the night he was shot, he was giving another person a ride home when he attempted to arrest a suspect he saw that was known to the Kernersville Police Department.

A struggle than ensued between Houle and the suspect.

“I’m yelling in my head. ‘No,’ you know, like, ‘no, this can’t happen this way. It’s not supposed to happen this way,’” Houle said. “I’m there that night, and I’m kind of just hovering above myself, and…I’m seeing, you know, things unfold, and I’m seeing me laying there.”

According to court documents, federal prosecutors alleged that at 1 a.m. on Feb. 21, 2021, Houle had stopped a car for traffic violations on Century Boulevard. Blocker was in the front passenger seat.

Blocker got out of the car and ran away, prosecutors said. Houle stayed with the vehicle and found that two people still in the car had outstanding warrants for their arrest. He took the two people into custody. He used his police dog to try to find Blocker but was unsuccessful.

Houle took the two people to the Forsyth County Jail to be processed. Houle agreed to take the driver, identified as J.B. in court documents, back to his apartment in Kernersville. When they got to J.B.’s apartment, they found Blocker inside J.B.’s car.

While J.B. was at the rear of Houle’s car, Houle went to where Blocker was seated and opened the passenger door. Houle and Blocker fought, resulting in both men falling out of the passenger side of the vehicle.

J.B. told authorities that he saw a handgun on the ground between the two men. Blocker then picked up the gun, and J.B. heard two or three shots fired, federal prosecutors said. Afterward, Blocker ran away.

“I heard the bang and saw the flash,” Houle said in June 2021, during an event at Atrium Health Wake Forest Baptist Medical Center, where he thanked the doctors and a nurse practitioner who saved his life. “It was like someone hauled off and punched me in the face.”

Houle said he was not scared but added he was screaming inside. The bullets’ impact knocked Houle to the ground, and he said he thought he was going to die.

“When I opened my eyes, I was still here,” he said. “I knew I had some fighting to do. God kept me going.”

Suspect dead, officer injured in shooting at gas station in Clemmons. Woman says man was shot as he was running away from officers.

Law enforcement officers fatally shot a man in the parking lot of a Clemmons convenience store Friday morning, in what authorities called an e…

Woman performed sexual act on dog as punishment for cheating on her boyfriend, Forsyth County prosecutor says in court.

A Stokes County woman performed a sexual act on a dog as punishment for cheating on her boyfriend, who is now facing charges he recorded himse…

An employee at a Kernersville battery-manufacturing plant was shot to death Tuesday night during an argument with another employee, authoritie…

At 29, Daniel Robert Byrd was successfully working on his sobriety, his mother, Amy Shumate, told a Forsyth County judge Wednesday in Forsyth …

Officers were called to the 800 block of East Devonshire Street, where they found the victim and learned the shooting happened at a different location.

A Forsyth County man was convicted Friday of stabbing another man to death during a fight outside a trailer in October 2020. 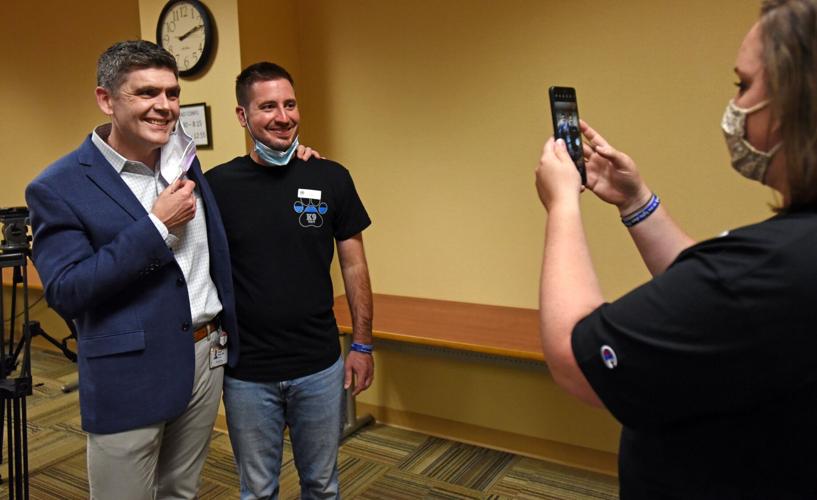 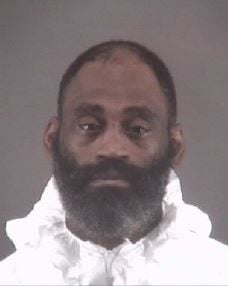