The 4th Circuit of the U.S. Court of Appeals has upheld a lower court’s decision to dismiss a wrongful-death lawsuit against Wake Forest University. The suit was in response to the fatal shooting of 21-year-old Winston-Salem State University student Najee Ali Baker on the school’s campus in 2018.

The WSSU football player was shot to death after a party at what was then known as The Barn on Wake Forest’s campus. The Barn has since been renamed the University Activity Center.

Two people were convicted in connection with Baker’s death. Jakier Shanique Austin pleaded guilty to voluntary manslaughter and is serving up to seven years and five months in prison. Malik Patience Smith, who was 16 at the time of the shooting, pleaded guilty to charges that he pointed a gun at a man who was with Baker.

Baker’s mother, Jemel Ali Dixon, filed the wrongful-death lawsuit in U.S. District Court on May 7, 2019, against Wake Forest University and several other defendants, including the university’s chapter of Delta Sigma Theta.

Claims against the other defendants were eventually either dismissed or settled. Wake Forest University was the remaining defendant when U.S. District Judge Catherine Eagles granted the school’s motion for summary judgment in August 2021, meaning that she ruled in the school’s favor without the need to go to trial.

The lawsuit alleged that university officials and other defendants had lax security at the party at The Barn. It specifically accused Wake Forest officials of reducing police presence at large campus events. Before 2014, the university had a combined force of nine university and Winston-Salem police officers who monitored events at The Barn, which is located near Piccolo and Palmer residence halls.

That changed after 2014, when Black and other minority students complained that university police were racist in how they handled events hosted by minority students. A study into the matter made a number of recommendations.

The lawsuit said that the university ignored the study and not only reduced police presence at large events but also turned over the planning of such events to students.

But the 4th Circuit said there was no way for school officials to have foreseen that someone would be shot to death, given the school’s history.

“(Wake Forest’s) campus is easily accessible to the general public, and thousands of people, including students, staff, and visitors, are on the campus every day,” the court said. “Despite the large amount of traffic the campus receives on a daily basis, from the time of the founding of the Winston-Salem campus in 1956 until January 20, 2018, when Baker was shot, there had never been a shooting on campus.”

Jonathon Fazzola, attorney for Jemel Dixon, was out of the office and could not immediately be reached for comment Monday.

The Barn opened in 2011 and the event center has been the site of several incidents involving physical fights, the court’s ruling said. Between 2011, when the Barn opened, and 2018, when Baker was shot, two incidents required medical attention. One happened in 2012, when someone at a Barn party was beaten unconscious just outside the entrance.

A second happened in 2013, when a woman was trampled by a crowd of people running away from a fight after a Barn party, the ruling said. A Wake Forest University police officer interviewed the woman, who said a man had a gash in his head and that there was a gun pulled on him at the party.

According to court documents, Baker and Smith got into an argument at the 2018 party, which escalated into pushing and shoving. Austin later joined in.

Afterward, Austin’s group left the event, and Baker left a couple of minutes later. Lucas Wille, an event resource manager, said he heard someone yell, “Go get your gun.” He could not identify who made that statement and, according to court documents, he did not think it was a literal threat but just “trash talk.”

The court said that nothing that happened on the night Baker was shot or any time before that would have put Wake Forest University officials on notice that something as tragic as the fatal shooting would occur.

A woman and the passenger in her car were charged on outstanding warrants on Sunday, police said, after the woman refused to stop for police a…

A Wilkes County woman was arrested Monday after she led Winston-Salem police on a chase, and then crashed her car in eastern Yadkin County, au…

A Winston-Salem woman was arrested Wednesday after she was accused of shooting her ex-boyfriend last Friday, authorities said.

A Greensboro man accused of running a scam in which he collected more than $54,000 in rent from places he didn’t own was sued last year for al…

A Lexington man was arrested Monday after a woman was killed last week in his home, authorities said Tuesday.

Despite the surge in homicides across the United States, Winston-Salem's 18 homicides so far this year are behind the pace of the 22 homicides…

Man wanted in double homicide near Cooleemee. 2 children were inside a home where the man and woman were killed.

The Winston-Salem Police Department is investigating an early morning drive-by shooting in which an individual was shot in the neck.

Biden meets with governors after overturning of Roe

Eight reported killed at protests against military rule in Sudan

Eight reported killed at protests against military rule in Sudan 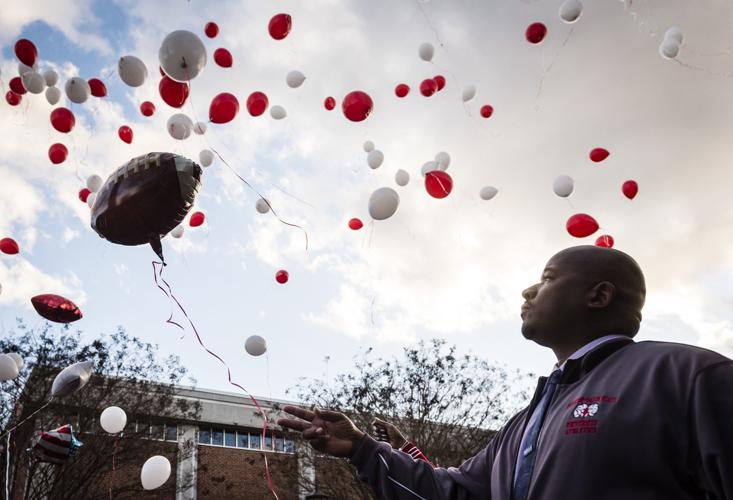 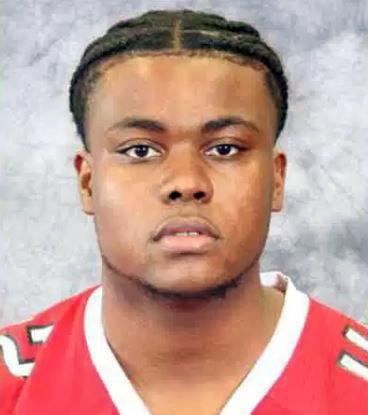