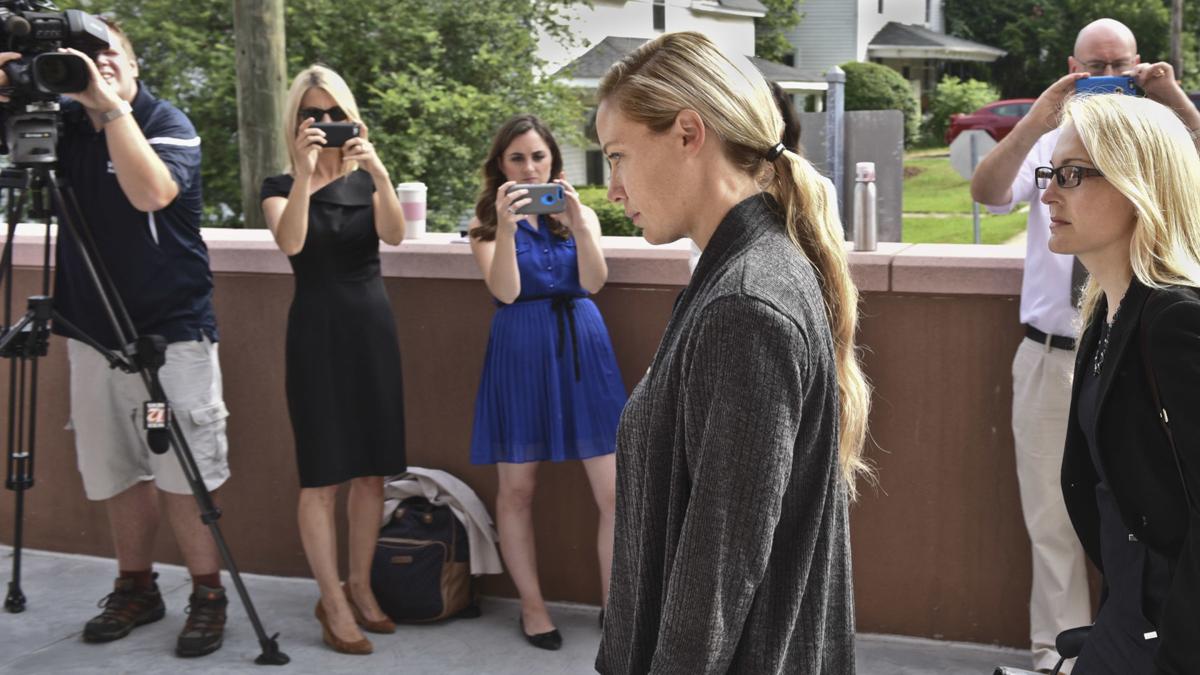 Molly Corbett (center), passes a line of media on her way to the first day of her trial at the Davidson County Courthouse on July 17, 2017. She was later convicted of murder in the 2015 death of her husband, Jason Corbett. 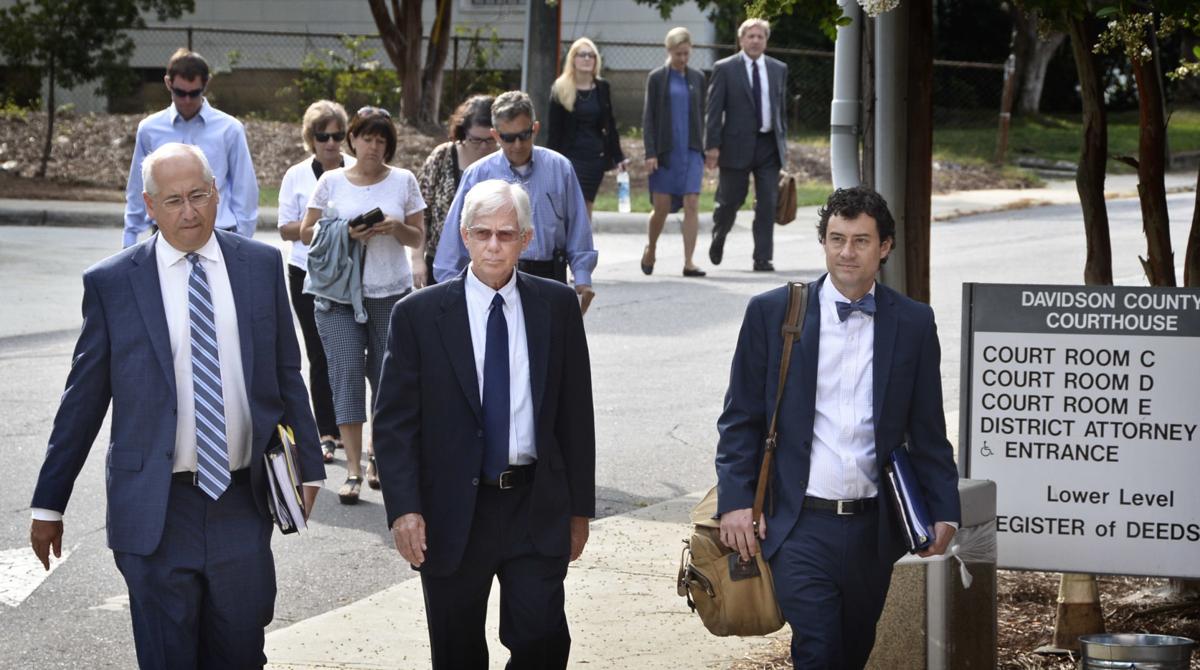 Thomas Martens (center), walks into the Davidson County Courthouse flanked by his attorneys on July 17, 2017, the first day of his trial in the beating death of his son-in-law, Jason Corbett. His daughter and co-defendant, Molly Corbett, (second right) crosses the street with her attorneys at rear.

The N.C. Supreme Court will hear arguments in January over whether to uphold or overturn the murder convictions of Molly Corbett and Thomas Martens in the death of Irish businessman Jason Corbett.

Oral arguments are set for Jan. 11. The state Supreme Court will decide at a later time whether attorneys will make their arguments in person or via video due to the COVID-19 pandemic.

Molly Corbett, 37, was Jason's second wife, and Thomas Martens, 70, a former FBI agent, is Molly Corbett's father. They were convicted in August 2017 of second-degree murder after a high-profile trial in Davidson County. They are each serving a maximum of 25 years in prison. But in February, the N.C. Court of Appeals ruled 2-1 to overturn the murder convictions after finding that the trial judge, David Lee, made a series of errors that denied the two defendants a fair trial.

The trial garnered national and international attention. Irish journalists came to Davidson County to cover the case, and national outlets such as Dateline and 20/20 also covered the case.

Prosecutors with the N.C. Attorney General's Office are representing the Davidson County District Attorney's Office and have appealed to the N.C. Supreme Court. They are asking the court to uphold the convictions.

During the trial, Davidson County prosecutors alleged that Molly Corbett and Thomas Martens used a concrete paving brick and a baseball bat to brutally beat Jason to death in the early morning hours of Aug. 2, 2015. Deputies with the Davidson County Sheriff's Office found Jason Corbett's body lying in the bedroom of the house he shared with Molly Corbett and his two children from his first marriage.

Martens and Molly Corbett claimed self-defense. At trial, Martens testified that he and his wife, Sharon, visited their daughter that weekend and were spending the night in a basement bedroom. Early that morning, Martens said he heard noise, grabbed the baseball bat that he had planned to give to Jason Corbett's son, went upstairs and found Jason choking Molly. He said that Jason threatened to kill him and Molly, and that began a life-and-death struggle resulting ultimately in Jason's death.

Prosecutors have argued that overwhelming evidence existed that countered the claims of self-defense. During the trial, a medical examiner testified that Jason Corbett's skull had been crushed and that he had been struck in the head at least 12 times.

The court of appeals determined that Lee, the trial court judge, had made a number of decisions on what evidence could be admitted that undermined the ability of defense attorneys to bolster the self-defense claims.

A key issue, the attorneys argue, is that jurors weren't allowed to hear statements Jason' Corbett's children, Jack and Sarah, made to social workers with the Union County Department of Social Services and the Dragonfly House Child Advocacy Center in Mocksville. Defense attorneys argue those statements should have been admitted at trial. The statements were important because they appeared to strengthen the claims of self-defense, the attorneys said.

And some of what the children said, the attorneys argue, could answer critical questions the jurors might have had, particularly about why the concrete paving brick was in the bedroom. Jack told counselors the brick was part of an art project. The children and Molly Corbett were painting the bricks and the brick was taken inside because it had rained that day, according to court documents.

Defense attorneys also argued that the statements corroborated other evidence in the case, including testimony that two weeks before his death, Jason Corbett told his doctor he had felt angry for no apparent reason.

The children could not testify because Jason Corbett's sister, Tracy Corbett Lynch, and her husband had taken the children to live with them in Ireland. The court had no jurisdiction to force the children to testify.

Another issue was Lee's decision to allow testimony from Stuart James, a national expert on bloodstain-pattern analysis. Defense attorneys argued that Lee was wrong to allow testimony about stains found on the inside hem of Martens' shorts and the bottom of Molly Corbett's pajama bottoms because the stains were never tested to confirm if they were blood. James testified that the stains showed that Molly Corbett and Martens were at or above Jason's head when Jason was hit in the head.

It will likely be several months before the N.C. Supreme Court issues a decision.

GREENSBORO — The manager of a Greensboro restaurant that caught fire in early October has been charged with setting the fire, according to Greensboro police.

Man accused of stabbing to death and dismembering a 75-year-old Winston-Salem man will be sent to Central Regional for psychiatric evaluation.

A man accused of stabbing a 75-year-old Winston-Salem man to death, dismembering him and dumping part of his body in another county is being s…

A man is in critical condition after a stabbing in Winston-Salem.

$2 million bond for man charged with murder, kidnapping and robbery in death of a 17-year-old

A Forsyth County judge set a $2 million bond for a Winston-Salem man accused of helping to kidnap, assault and kill a 17-year-old five years a…

Prosecutors seek death penalty against Forsyth County man charged with murder in 2018 death of woman whose body was found in a dumpster.

GREENSBORO — New details have come to light in the shooting outside of the Guilford County Courthouse on Monday that left one man dead and injured two others.

Molly Corbett (center), passes a line of media on her way to the first day of her trial at the Davidson County Courthouse on July 17, 2017. She was later convicted of murder in the 2015 death of her husband, Jason Corbett.

Thomas Martens (center), walks into the Davidson County Courthouse flanked by his attorneys on July 17, 2017, the first day of his trial in the beating death of his son-in-law, Jason Corbett. His daughter and co-defendant, Molly Corbett, (second right) crosses the street with her attorneys at rear. 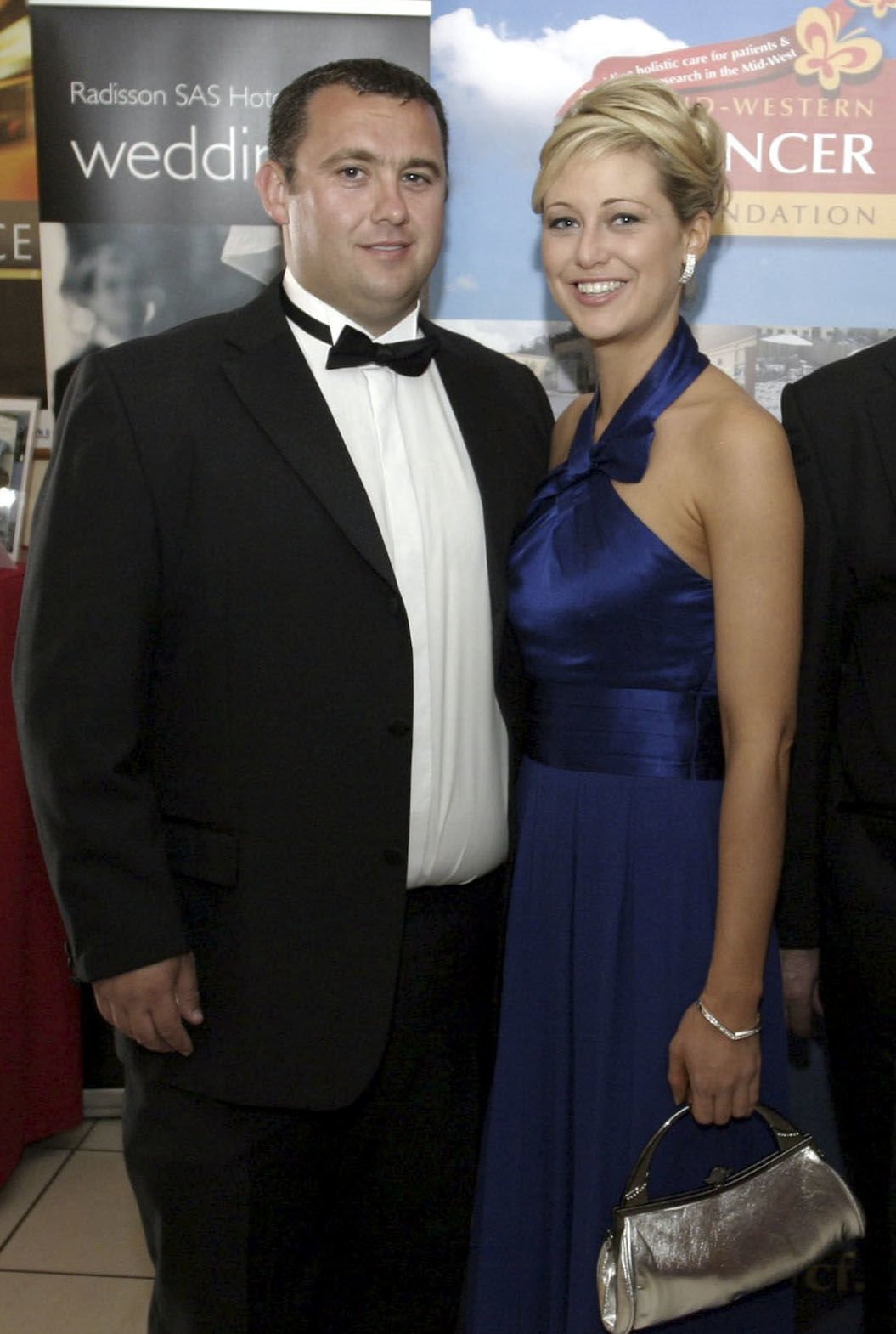