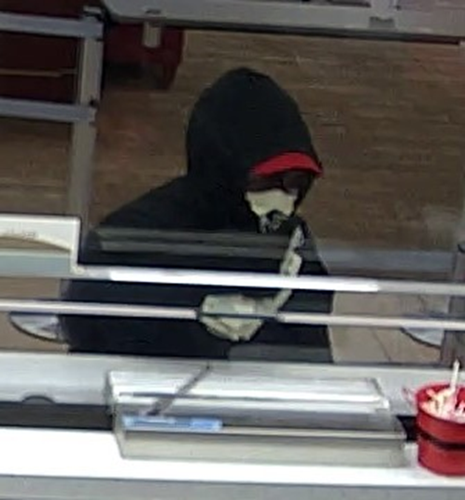 Photo of suspect in the robbery of the Wells Fargo Bank at 701 N. Martin Luther King Jr. Drive. 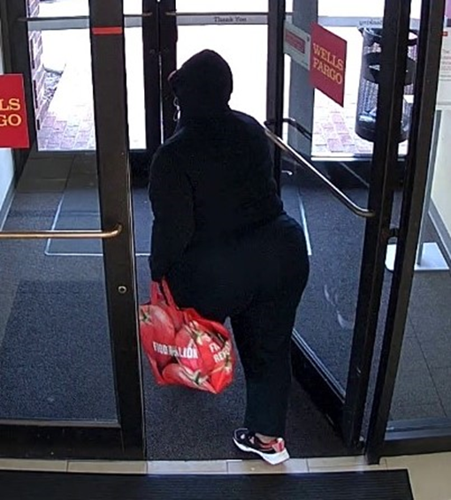 Wells Fargo branches in both Winston-Salem and Greensboro were hit by robbers on Thursday.

Winston-Salem police say a robber made off with an undisclosed amount of money from the Wells Fargo Bank branch at 701 N. Martin Luther King Jr. Drive.

The robber, a heavyset woman wearing all-black clothing, entered the bank about 9:27 a.m. Thursday and passed a note to the teller demanding money. She did not display a weapon.

The woman left the area on foot, police said.

No one was injured.

In Greensboro, officers responded about 1:15 p.m. Thursday to the Wells Fargo Bank at 308 Pisgah Church Road and found that a robber took an undisclosed amount of cash.

Police said there were no injuries reported. They did not have a complete description of the robber.

Anyone with information is asked to contact Greensboro/Guilford Crime Stoppers at 336-373-1000. Tips can also be sent via the P3Tips app or website.

Winston-Salem woman gets up to 10 years on multiple drug charges, including trafficking in heroin or opium.

A 49-year-old Winston-Salem woman was convicted on multiple drug charges Tuesday and will spend up to 10 years in prison, according to a news …

A Surry County church was scammed out of nearly $800,000 in November in what the church described as a tragic cybercrime.

A man was shot and wounded early Saturday in a drive-by shooting on U.S. 421, authorities said.

Photo of suspect in the robbery of the Wells Fargo Bank at 701 N. Martin Luther King Jr. Drive.