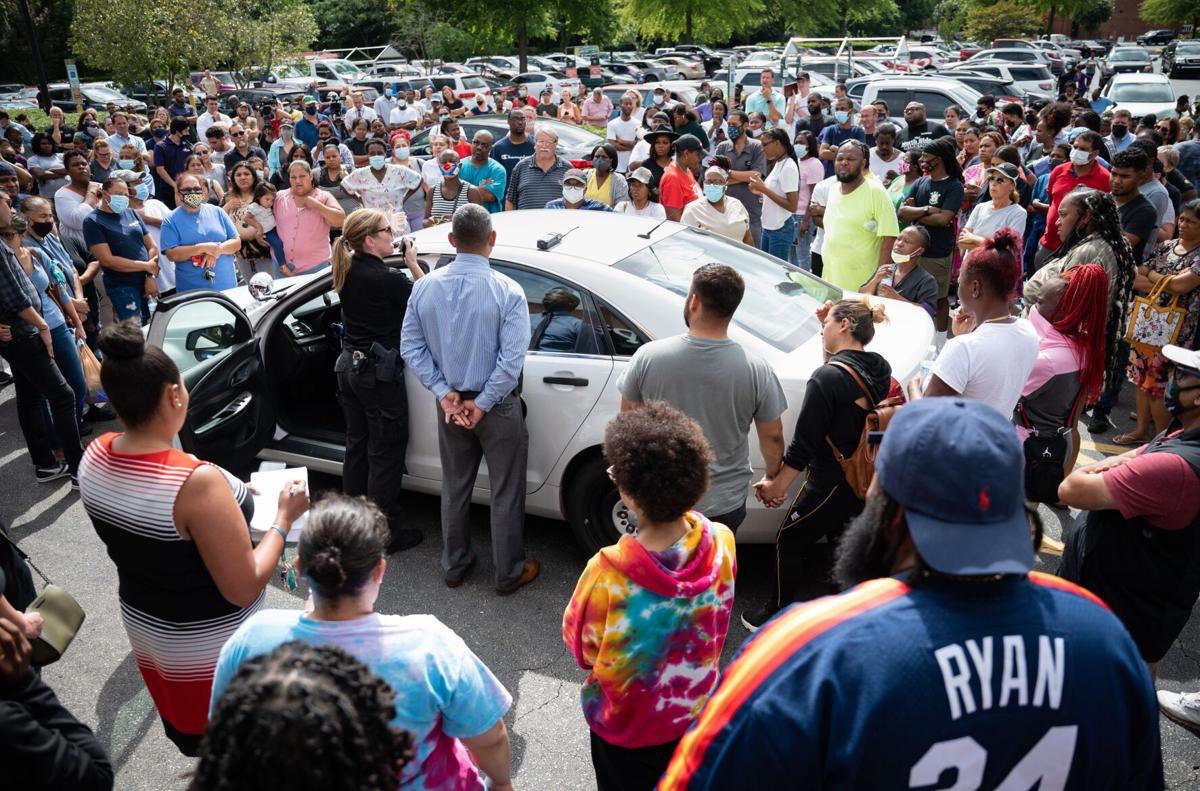 Family and friends gather in the Whitaker Square shopping center to learn where to pick up students after a shooting at Mount Tabor High School on Sept. 1. 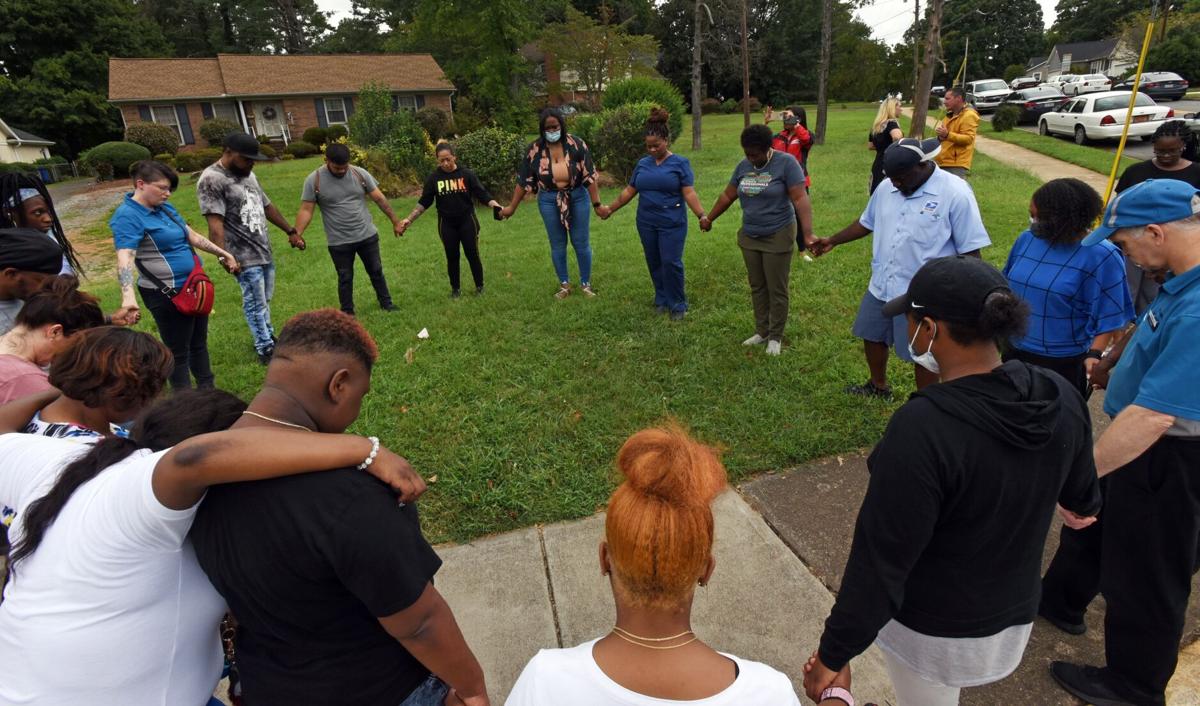 Parents gather to pray at the corner of Petree and Polo roads after the shooting at Mount Tabor High School on Sept. 1. 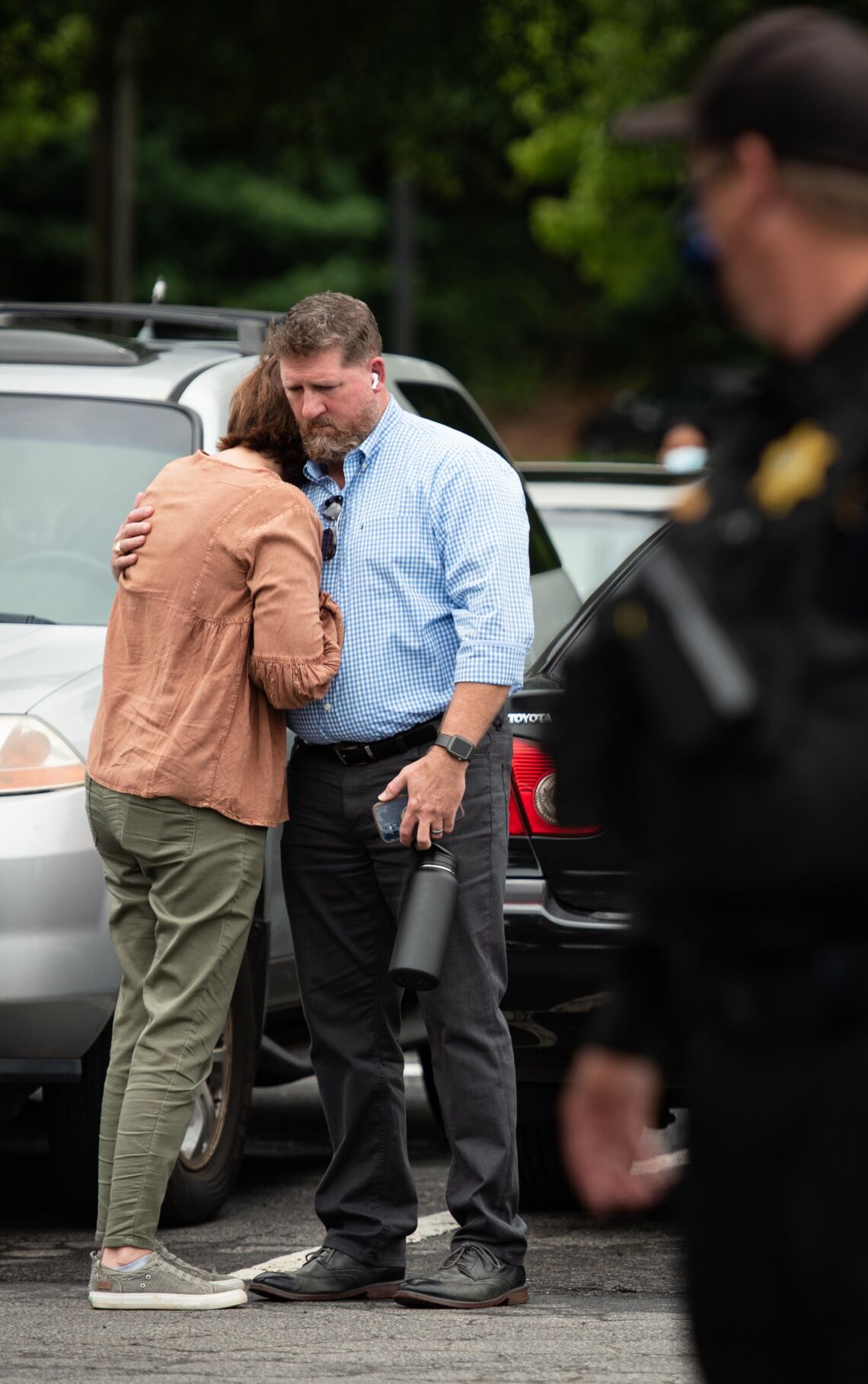 Kollen Pyle comforts his wife, Jennifer Coty, at the family staging area at Whitaker Square shopping center after the shooting.

Forsyth County District Attorney Jim O’Neill said at the hearing that the alleged shooter, Maurice T. Evans Jr., and the victim, William Chavis Renard Miller Jr., had a long-simmering dispute over the summer that culminated in Miller’s death on Sept. 1 at Mount Tabor High School. Both were students at the school.

Evans has been charged with murder and will likely be tried as an adult in Forsyth Superior Court.

“This was not a random act of violence,” O’Neill said.

A probable-cause hearing has been scheduled tentatively for Tuesday, where a judge will have to determine if there is sufficient evidence that a crime was committed and that Evans committed the crime. If there is, the case will be transferred to Forsyth Superior Court and Evans will be tried as an adult.

O’Neill said Evans shot Miller while Miller was standing outside a classroom and that Evans later placed the gun in a trash can on the school grounds. The entire incident, which occurred about noon on Sept. 1, was captured by security cameras, O’Neill said.

O’Neill did not say what the dispute between Williams and Evans was about but he did say that at some point during the summer, Evans was shot. He did not say who is alleged to have shot Evans or how seriously he was injured. He also did not say in court whether anyone was charged in that shooting.

These were the first details about what happened at Mount Tabor High School on Sept. 1. Previously, citing an active investigation and the fact that Evans is a juvenile, O’Neill said he could not comment publicly about any of the alleged facts of the case, including whether any criminal charges had been filed and the name of the suspect. Winston-Salem Police Chief Catrina Thompson and Forsyth County Sheriff Bobby Kimbrough Jr. also had declined to comment.

Juvenile records are not public records but juvenile hearings are open to the public. A judge can close them under certain circumstances, including to protect a juvenile’s confidentiality. J.D. Byers, Evans’ attorney, objected to a Journal reporter attending Evans’ hearing, but Judge Ted Kazakos allowed the reporter to remain at the hearing.

O’Neill did not object.

The Journal has chosen to identify Evans because of the seriousness of the allegations and a compelling public interest. State law says that a judge cannot prohibit the publication of anything, including testimony or reports, that is made in an open court hearing.

O’Neill had declined to comment about the case outside of court as recently as Tuesday, after Forsyth District Judge Denise Hartsfield said that Evans would be tried as an adult during a meeting of the Winston-Salem/Forsyth County Board of Education. She made the statement during a presentation on the Forsyth County School-Justice Partnership, which would bring together school officials, law-enforcement officers and court officials.

The idea would be to examine ways to reduce the number of students who are referred to juvenile and criminal court proceedings because they have misbehaved or committed low-level misdemeanors in the school system.

Authorities said the shooting happened at 12:07 p.m. Sept. 1 and Mount Tabor High School went on immediate lockdown. Other schools were locked down as a precaution. That included Reynolds High School, when concerns circulated on social media that the shooter was headed to that school. Those concerns turned out to be unfounded.

Evans was taken into custody after 6 p.m., without incident and with help from the U.S. Marshals Carolinas Regional Fugitive Task Force.

Parents waited for hours at the Whitaker Square shopping center for news about their children, and were later sent to another location to be reunited with them. School officials closed Mount Tabor for two days after the shooting and the school was closed for the Labor Day holiday before reopening Sept. 7.

The shooting at Mount Tabor was the first at a Forsyth County school since Aug. 30, 2013 when a Carver High School student named Antwain Deshaun Porter, 15 at the time, was shot and then taken to a hospital for treatment of non-life-threatening injuries. Christopher Lamont Richardson, who was 18 at the time, later pleaded guilty to several charges, including assault with a deadly weapon inflicting serious injury.

The day after the Mount Tabor shooting, Gov. Roy Cooper attended a news conference held at the Forsyth County Sheriff’s Office, where he talked about the need to curb school violence.

“This is a pain and a fear that no child or parent should ever have to confront simply by having a child go to school,” Cooper said. “School is a place of learning and growth, and we have to do everything we can to keep them free of threats and violence.”

O’Neill said in court that Evans’ friends and Miller’s friends have been going back and forth with each other and there have been some other shootings as a result. O’Neill did not provide any other details about the disputes.

Byers said he was limited in what he could say about the alleged facts of the case but urged Kazakos to release Evans into the custody of his father.

Brent Campbell, a spokesman for Winston-Salem/Forsyth County schools, said he could not speak to any specific incidents but added that in general, school officials work with law-enforcement agencies to “address specific concerns that are brought to our attention.”

“We use a wide range of tactics to monitor and address potential situations as necessary,” he said. “Those methods can include conversations with students who may be involved, perhaps separating students experiencing conflict or limiting their ability to interact as necessary, and working with our counselors to address conflict resolution before something occurs on campus.”

He said that if a conflict happens, school officials follow all district policies as it relates to potential discipline.

“Lastly, we use every opportunity to encourage students and parents to pass along information they have via our anonymous tip line (Bully Patrol as listed on the front page of the website under our quick links), or by talking to a trusted teacher, counselor or administrator,” Campbell said.

Family and friends gather in the Whitaker Square shopping center to learn where to pick up students after a shooting at Mount Tabor High School on Sept. 1.

Parents gather to pray at the corner of Petree and Polo roads after the shooting at Mount Tabor High School on Sept. 1.

Kollen Pyle comforts his wife, Jennifer Coty, at the family staging area at Whitaker Square shopping center after the shooting. 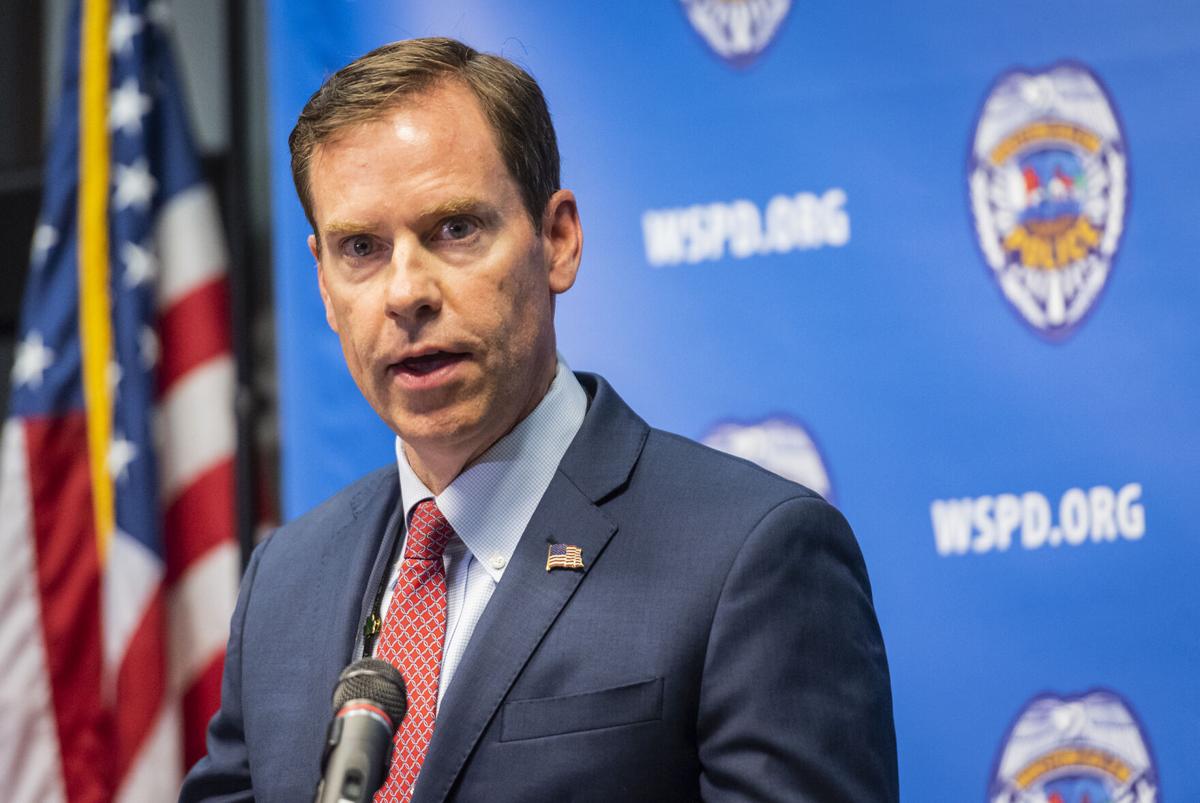