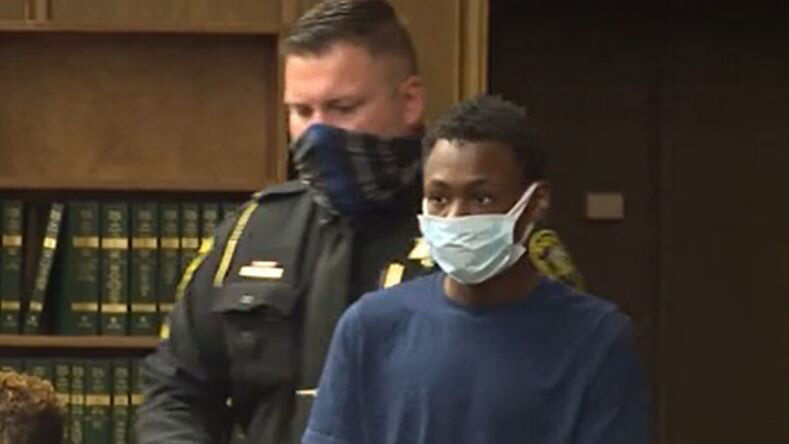 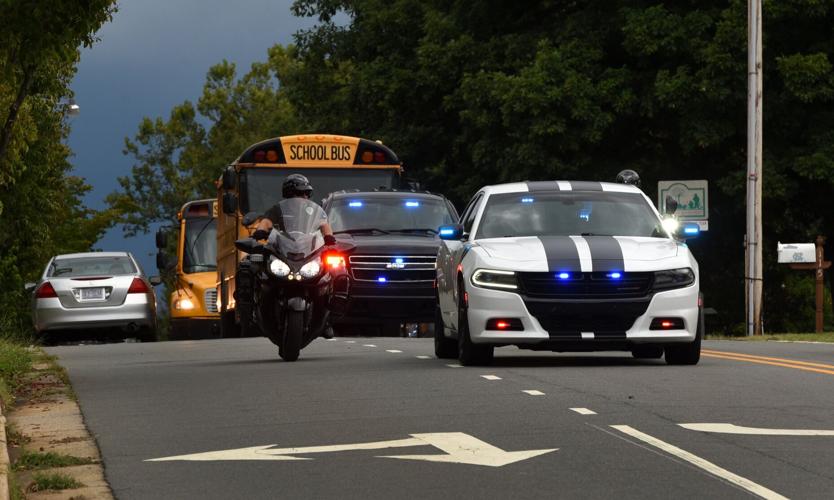 A teenager charged with shooting another student to death at Mount Tabor High School on Sept. 1 was in fear for his life and had received a death threat from the victim, his attorney argued before a judge on Thursday in Forsyth County Superior Court.

Judge Athena Brooks denied the motion by defense attorney J.D. Byers to set a bond for Maurice Trevon Evans Jr., who is being held without bond on a murder charge relating to the shooting death of William Chavis Renard Miller Jr. at Mount Tabor.

Byers told the court that Evans himself was shot nine times during a June 5 assault that put Evans into intensive care at a hospital. An investigation into the case resulted in no arrest.

Byers provided the court with documents including photos of Evans in the hospital, text messages he said were sent by Miller to Evans, and posts that Miller made on social media.

WGHP/Fox 8 News, the news-gathering partner of the Journal, reported that Byers told the court that Miller had threatened to “finish the job,” referring to the June 5 shooting of Evans. Byers argued that Miller had gang ties and that Evans was afraid to go to school.

Forsyth County District Attorney Jim O’Neill told the court that video evidence showed that Evans walked down a school hallway, pulled a gun from his backpack and shot Miller as the victim stood near a teacher, WGHP reported.

“The statute is pretty clear that there are certain factors that a judge can consider” when making a decision on bond, including flight risk, danger to the community and the nature and circumstances of the case,” O’Neill told reporters.

“Anytime you are dealing with school violence, we have to send a message to the community that it won’t be tolerated, the criminal justice system takes these cases very seriously, and of course the prosecutor’s office takes a zero-tolerance on these sorts of things.”

Byers said that Evans and his family are disappointed that Evans didn’t win the chance to post bond, and that while a low bond amount in a murder case is rare, it would be justified by the circumstances of this case.

“He is 15 years old and has health issues from almost being killed,” Byers said. “I felt like my arguments were reasonable.”

But Forsyth County District Attorney Jim O’Neill told the court that while he would not discuss case specifics, “it is never OK to take the law into your own hands.”

“If individuals are out there in the public schools and feeling threatened by other students at school or groups of students, it is important to seek out the … police or sheriff’s deputy assigned to the school and explain that, so that authorities can do something and you don’t feel like your back is up against the wall,” O’Neill said.

O’Neill said that schools are safe and called the shooting at Mount Tabor different from the kind of school shooting where someone comes to school and randomly targets students.

“As I said in court, this is more of a continuing, ongoing saga and beef that sort of bled over from the summer,” O’Neill said.

The district attorney said jail is safer for defendants who might otherwise face retribution from friends of the victim.

But Byers said Evans’ family wants him back home.

“They are having a tough time,” he said.