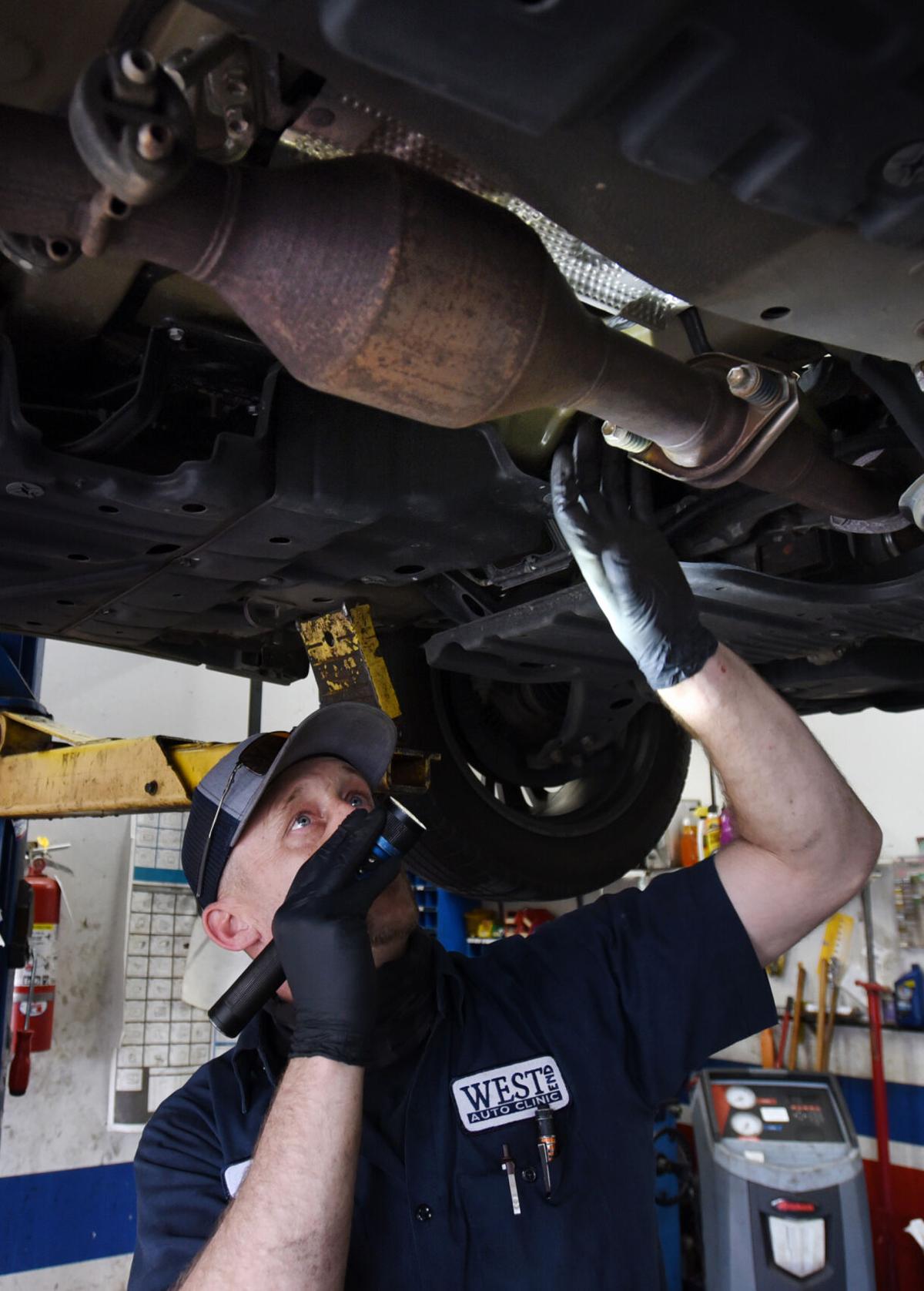 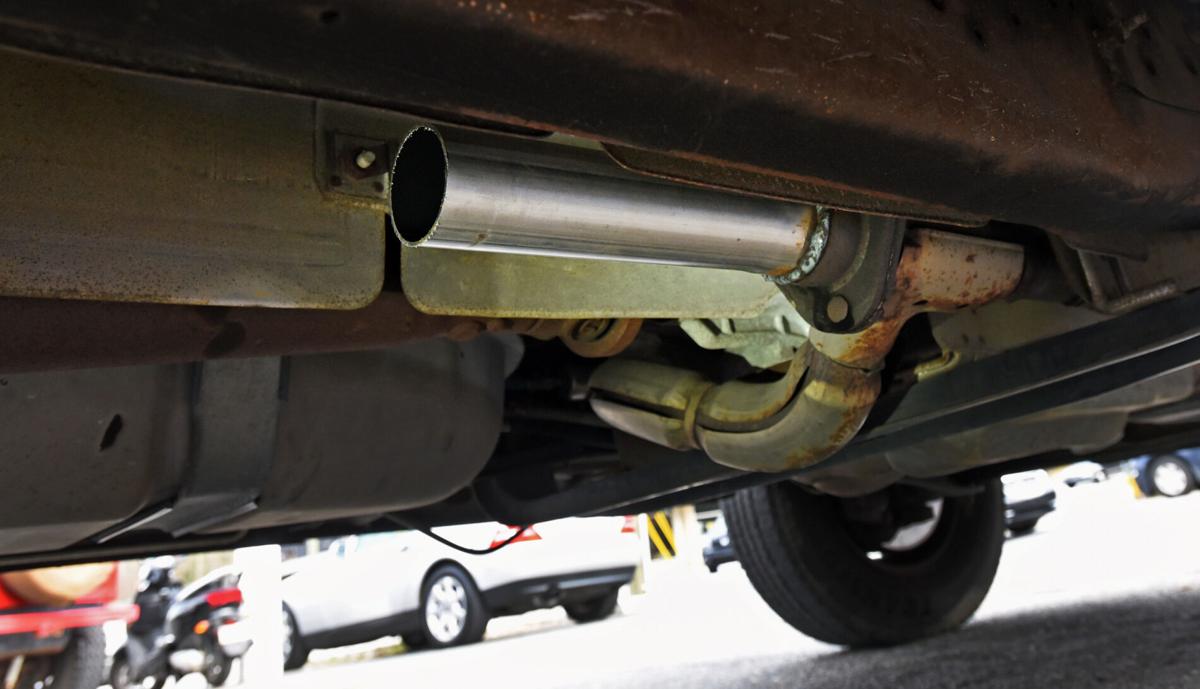 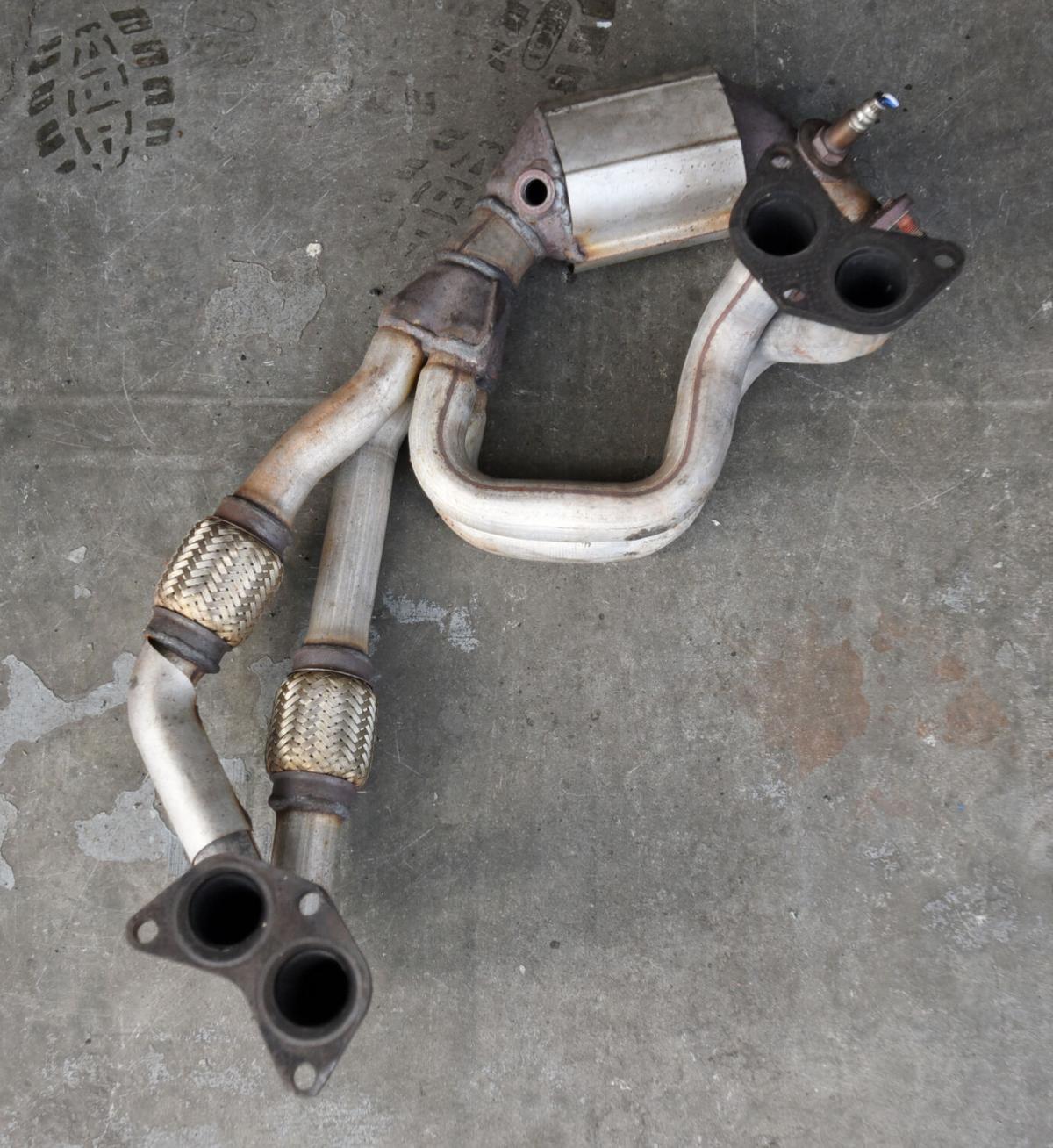 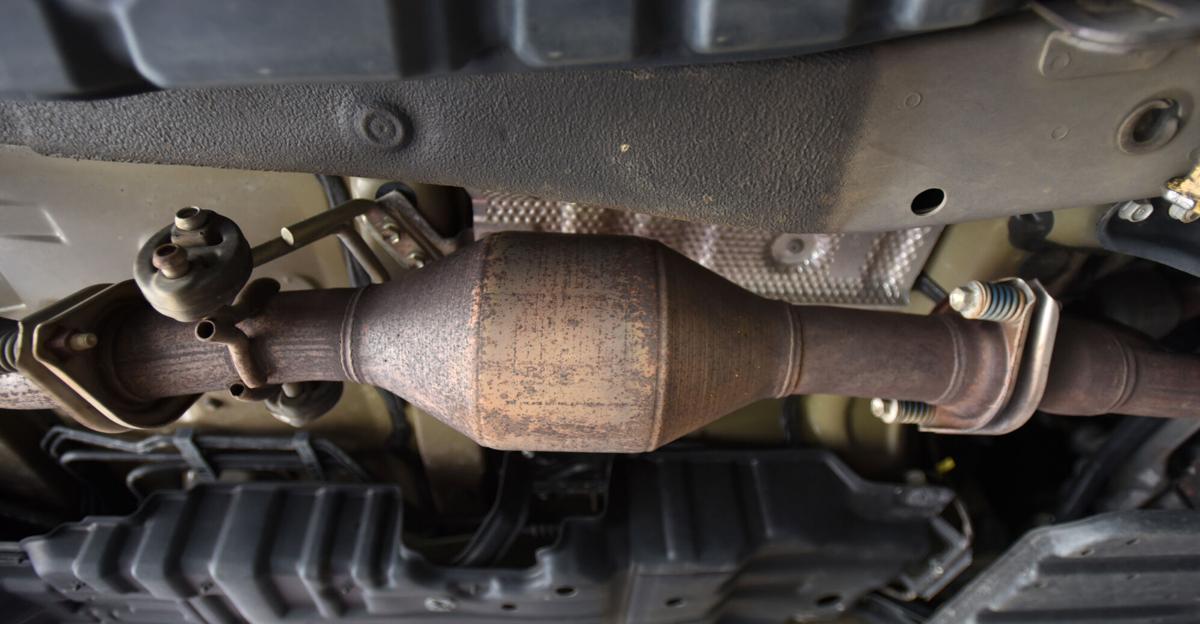 A catalytic converter is shown on a Lexus SUV at West End Auto Clinic.

Winston-Salem police are investigating the thefts of 111 catalytic converters from vehicles throughout the city since early January.

The thefts have occurred in various locations, but some were concentrated in “hot spots,” police Lt. Todd Hart said. A detective is investigating the incidents.

“We don’t believe it is multiple suspects,” Hart said. “Typically when we catch suspects stealing catalytic converters, we can clear multiple cases.”

Two recent thefts happened March 8 in the 5700 block of Country Club Road and the 700 block of Jonestown Road, police said.

On Jan. 8, Taryan Josef Henderson, 32, of Winston-Salem, was arrested after catalytic converters were stolen at night from vehicles parked at a local business, police said. Henderson was charged with two counts of felony larceny from a motor vehicle, police said.

In early January, police received reports that catalytic converters were stolen from vehicles at Tar Heel Basement Systems in the 2900 block of Griffith Road. Officers then linked Henderson to those thefts, police said.

“Citizens can protect themselves by keeping their vehicles parked in a lighted area or where there is a high volume of traffic moving around,” Hart said. “If you hear something or your motion light goes off look out the window so if you see anybody suspicious then call the police department right then.

“They are a critical part of a vehicle these days,” Ricciardi said.

Catalytic converters are targets for thieves because they contain precious metals such as platinum, palladium and rhodium, Ricciardi and Spaugh said.

It takes only a few minutes for a thief to crawl under a vehicle and steal its catalytic converter, Spaugh said.

The street value of platinum can reach as much as $1,400 an ounce, Ricciardi said. The price of platinum has doubled and even tripled in recent years, Spaugh said.

The New York Times reported on Feb. 20 that the price of palladium had quintupled to reach a record of $2,875 an ounce last year. Rhodium prices have skyrocketed more than 3,000%, from about $640 an ounce five years ago to a record $21,900 an ounce this year, about 12 times the price of gold, the newspaper reported.

“I literally had three customers whose catalytic converters were stolen right from their (vehicles) in their driveways,” Ricciardi said.

Catalytic converters on a fleet of trucks are also targets for thieves, Ricciardi said.

“Catalytic converter theft is an industrywide challenge,” said Ed Hellwig, a safety and quality manager for Toyota North America in Plano, Texas. “While the Prius is just as much at risk as any other vehicle, Toyota and Lexus have sold more than 4 million hybrids in the United States.”

“We want to remind drivers to follow the basics to protect their vehicles against theft — such as parking as close to entrances as possible in well-lit areas,” Hellwig said. “While not the solution to the problem as a whole, taking preventative measures like smart parking and adding the vehicle identification number (VIN) to the catalytic converter can help protect drivers from theft.”

Buyers travel around the country looking for stolen catalytic converters, “and they buy as many as they can,” Ricciardi said.

It can cost the vehicles’ owners anywhere from $750 to $2,000 to replace stolen catalytic converters, Spaugh said.

State Sen. Tom McInnis, R-Richmond, Anson and Scotland counties, filed a bill last month in the N.C. Senate that would require the operators of scrap yards to maintain electronic records of transactions involving the sale of catalytic converters.

The legislation is needed to curb the rampant thefts of catalytic converters throughout North Carolina, McInnis said.

Thieves sell stolen catalytic converters to “unscrupulous salvage places,” McInnis said. “This bill has some teeth in it for not only the people doing the deed, but also for people buying the product.”

Accused fugitive from Georgia is charged with drug offenses in Surry County. Woman who was driving car was also arrested.

During a vehicle search, investigators found meth, heroin, marijuana and a fugitive wanted in Georgia.

A Winston-Salem man is shot in his leg, police said

A Winston-Salem man was shot Saturday in his leg, authorities said.

A catalytic converter is shown on a Lexus SUV at West End Auto Clinic.