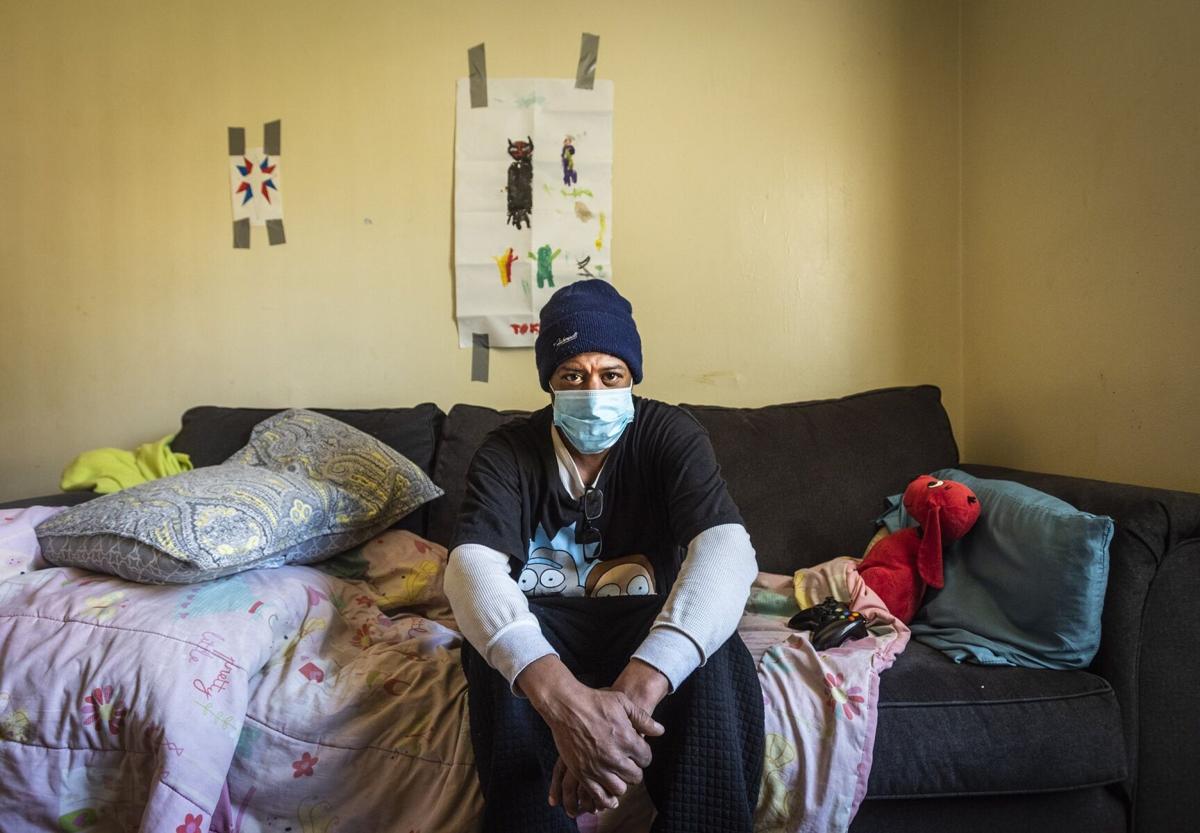 Derrick Washington says crime isn’t the only problem at Rolling Hills. His 11-year-old daughter, Tokyo, sleeps in the living room because her bedroom was flooded with raw sewage. Washington says the complex’s cleanup was inadequate and they only replaced flooring in the bathroom, despite sewage spreading through other parts of his apartment. 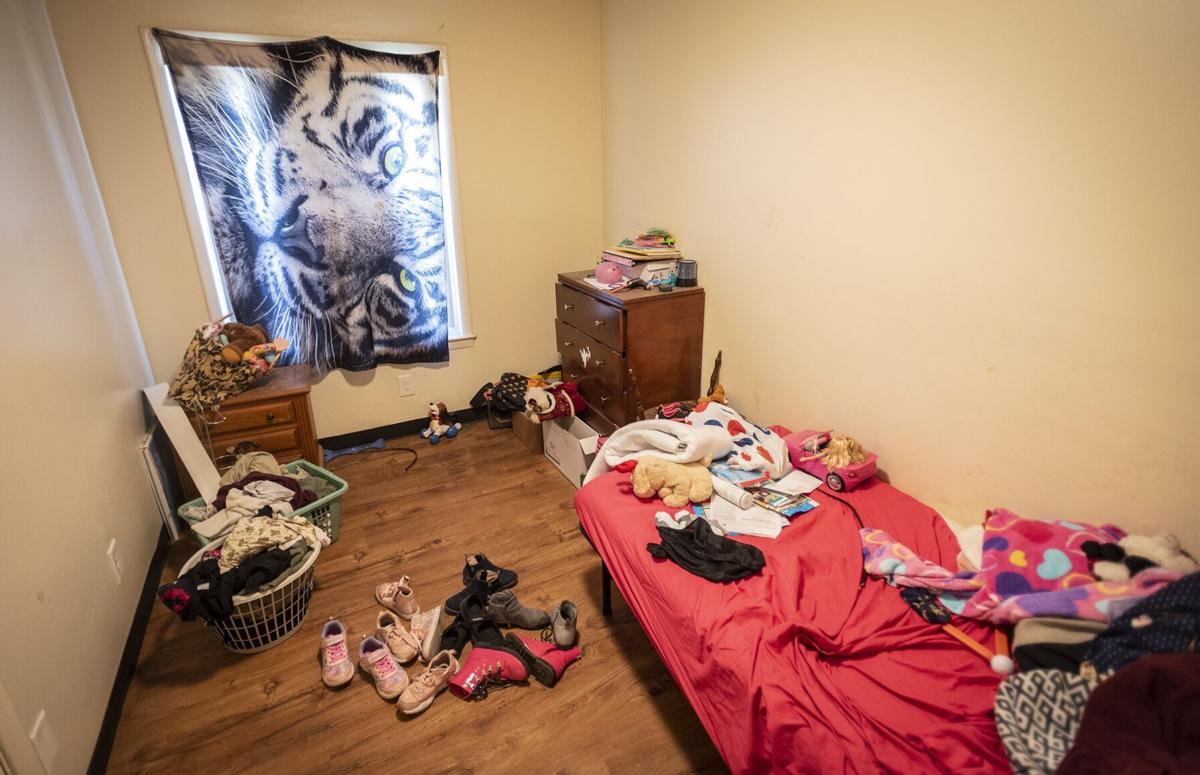 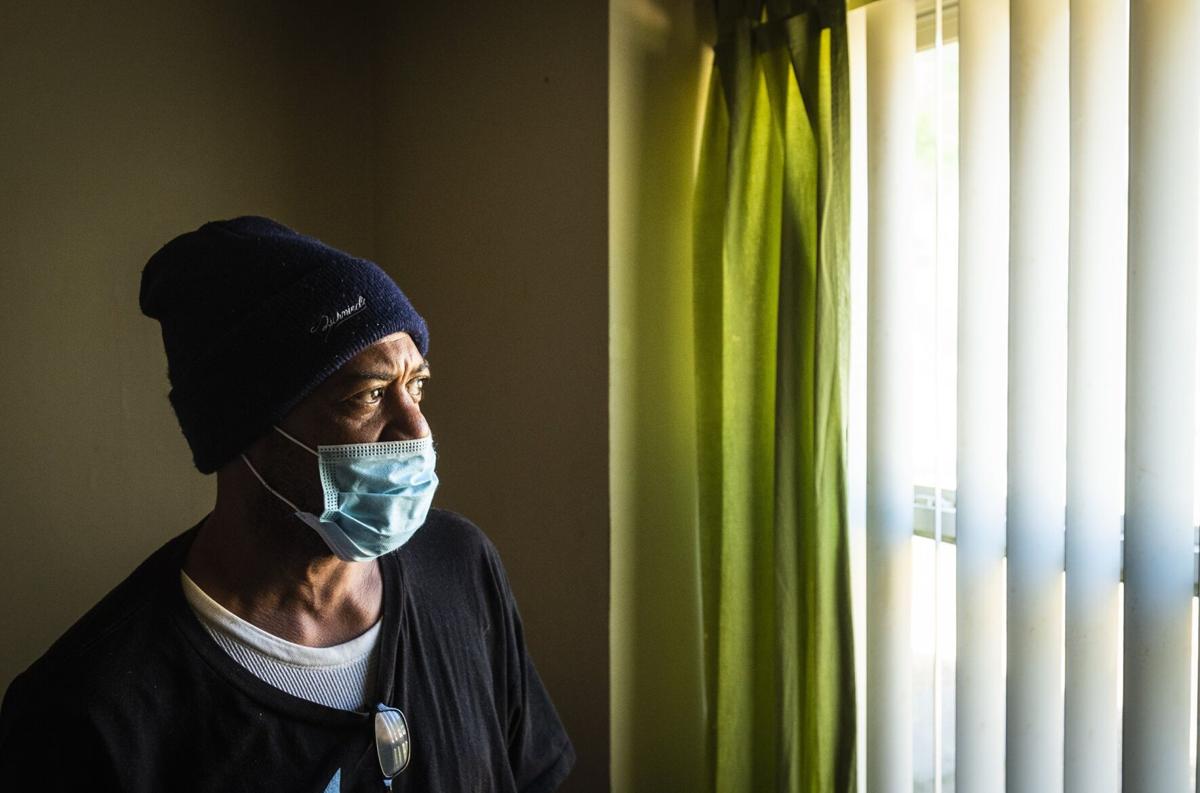 Derrick Washington, a resident at Rolling Hills Apartments, looks out of his window as he discusses violence that plagues the complex. 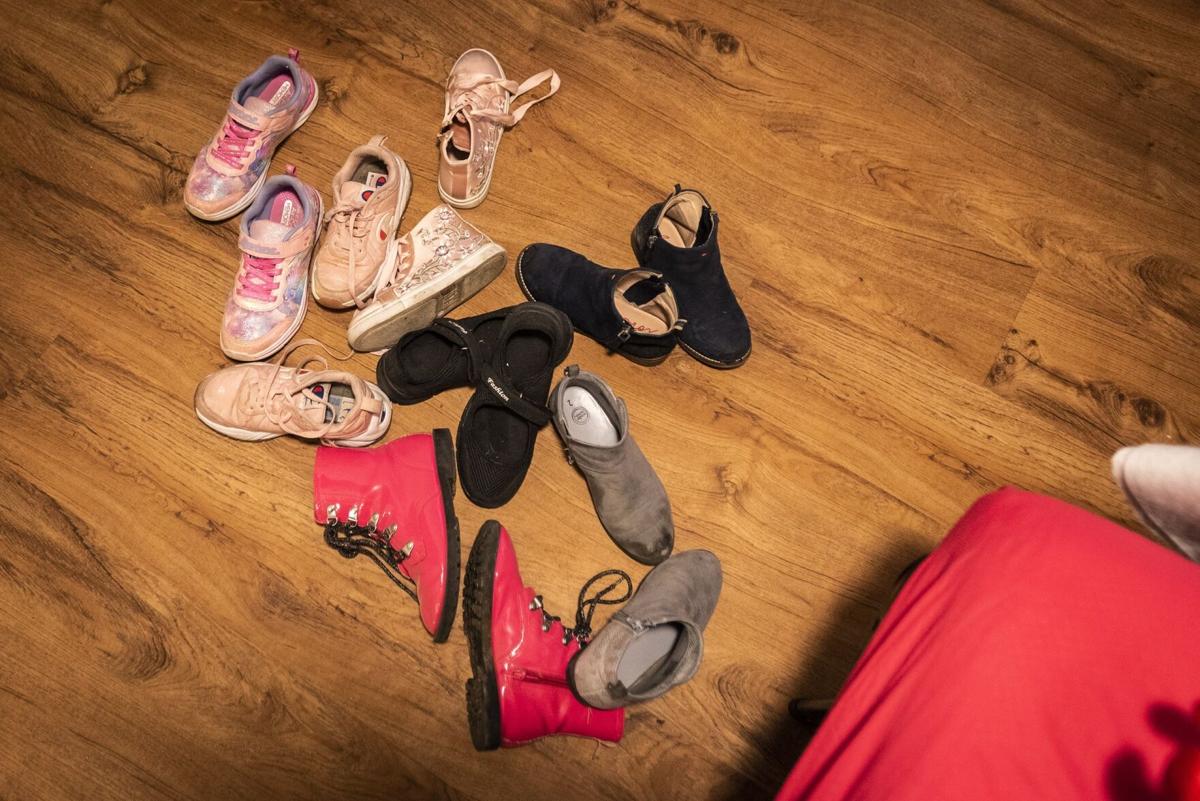 Shoes in Derrick Washington's daughter's bedroom that he says were ruined when raw sewage flooded the apartment.

Winston-Salem will provide confidential police records to the owners of Rolling Hills Apartments so that they can evict certain tenants from the complex in a bid to reduce crime, court records show.

But some residents of the complex say that most of the problems there are caused by non-residents coming onto the property.

“There is a lot of shooting, assaulting, people angry and people shooting drugs,” said Derrick Washington, who has lived in the apartment complex for four years. Even though wide-angle cameras now cover the courtyard between his building and one nearby, Washington said people “still sit out and smoke dope right in front of the camera.”

A Superior Court judge in Forsyth County issued an order on April 22 that puts a three-month pause on a lawsuit filed by Winston-Salem claiming that the apartment owners have allowed crime to fester at Rolling Hills.

During the three months, the apartment owners will work on evicting certain tenants associated with criminal complaints, work on a petition to convert a portion of Ferrell Court into a private street, and carry out property and security improvements.

The city will help with the evictions by releasing otherwise confidential police investigation records to the apartment owners, as a means of helping them to perform the evictions.

On April 11, Superior Court Judge Richard Gottlieb issued an order that grants the apartment owners’ motion to obtain the criminal records, and forbids the release of the records to anyone else.

The court order gives Steel Rolling Hills LLC, the owner of the complex, access to criminal investigation reports relating to only 12 police calls at the complex between Aug 1 and Sept. 17 in 2020.

The 12 calls relate to police responses to eight apartments during the time period, for reported offenses ranging from assault on a female to vandalism and breaking and entering.

According to a court filing, both the apartment owners and the city agree that information in the criminal investigation files “may provide the identity of tenants who have been involved in unlawful activity that would warrant their eviction from the premises, thereby contributing to the safety of the community.”

The court action was required to release the investigation records because they are not ordinarily considered to be public records. A provision in the law creates an exception that allows the records to be released at the order of a judge, as was given in this case.

The city and apartment owners said in a joint motion that the county district attorney’s office had no objection to the release of the records so long as they didn’t involve juveniles.

The records refer to cases that are neither pending nor actively being prosecuted, the city and apartment owners said in their motion. As well, the city will omit from the reports the names of any juveniles that are mentioned in them.

Asked if the release of the records poses any civil liberties concern, city officials point to the text of the order: It specifies that Rolling Hills cannot publicly disclose any of the information it gets through the order, and limits the sharing of the information to those closely involved with any court proceedings.

But Jillian Sechrest, with the local advocacy group Housing Justice Now, said her group is worried about “the precedent the city is setting by releasing non-public information to expedite evictions.”

“We understand it is framed around public safety,” she said. “This is going to get rid of a nuisance, but at what cost?” Sechrest said future courts could look at the order and find precedent for future releases of private information.

The 12 reports the city is releasing are only a fraction of the number of criminal complaints from the complex, according to the lawsuit the city filed against the owners.

According to that lawsuit, between June 1, 2018, and Aug. 3, 2020, there were at least 32 illegal weapons crimes, including two incidents where people were injured by gunfire.

There were 153 fights, 70 cases of disturbing the peace and 64 drug violations logged during the same time, the city asserted.

“I am terrified. Every time they start shooting, I start crying,” said Diamond Green, who lives at Rolling Hills.

Keanna McCoy, who was shot wound during one violent incident, said something that many others echoed in conversations around the complex this week: the problems arise from outsiders coming onto the grounds.

“People that don’t live here harass people that do live here,” she said, describing interpersonal dramas that lead to trouble at the site. People come to party, she said, and leave behind their cups, pizza crusts and other castoffs as trash on the property.

Raequon Anderson, himself a visitor on a recent day, said the complex has a different feel from other places one might go.

“If you have been to other apartments, it is quiet,” he said. “You shouldn’t be afraid to come outside.”

Wanda Crews, who has been living in the complex for three years, said it is “a little safer” than it was leading up to the city’s filing of a nuisance complaint.

“It is not the people that live here,” she said. “If we didn’t have so many people coming over it would be better.”

Tiffany Shelf said her apartment has been “shot up,” and that someone broke in last Christmas and stole her children’s presents. Shelf said she’s frustrated: She used to live in a shelter and is glad to “have a roof over my head,” but wants to live in greater safety.

Sechrest said that city officials should be as focused on living conditions in the apartments as they are about crime.

Washington said he has a problem with the lack of maintenance on his apartment along with any crime issues in the complex. His daughter is still sleeping on the couch because a sewer backup covered the floor of her bedroom and ruined a bunch of her shoes.

“Raw sewage was up here and she doesn’t even want to stay in her room,” Washington said.

Rolling Hills is owned by Monroe Group based on Colorado, and operated here through Steele Rolling Hills LLC. A call to the company for comment on this story was not returned.

Washington has his own ideas about what should be done at the complex:

“They need to evict everyone and give them a voucher and level it,” he said. “Give it to Evergreen so they can have more burial plots.”

Derrick Washington says crime isn’t the only problem at Rolling Hills. His 11-year-old daughter, Tokyo, sleeps in the living room because her bedroom was flooded with raw sewage. Washington says the complex’s cleanup was inadequate and they only replaced flooring in the bathroom, despite sewage spreading through other parts of his apartment.

Derrick Washington, a resident at Rolling Hills Apartments, looks out of his window as he discusses violence that plagues the complex.

Shoes in Derrick Washington's daughter's bedroom that he says were ruined when raw sewage flooded the apartment.