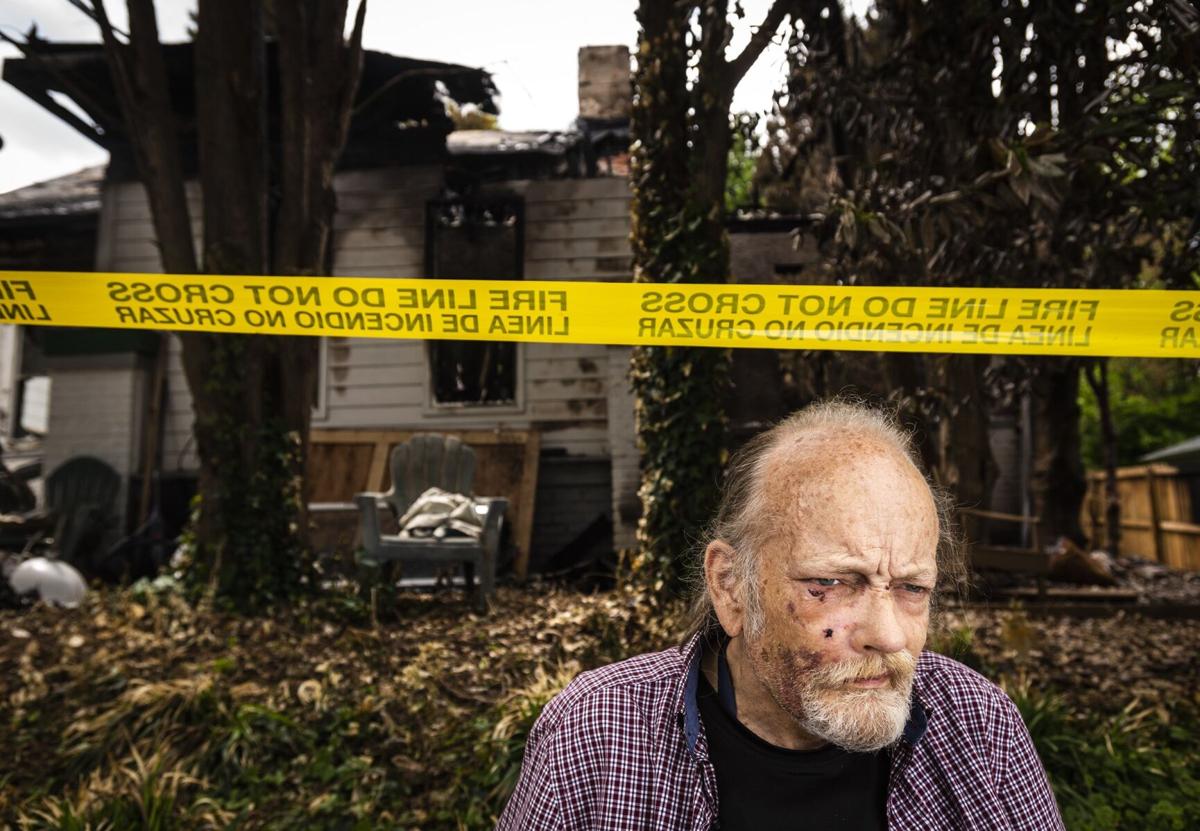 Paul Tesh, a former resident of 526 Lockland Ave., stands in front of his home of about five years on Friday in Winston-Salem. Tesh’s home burned down during another resident’s armed standoff with police. 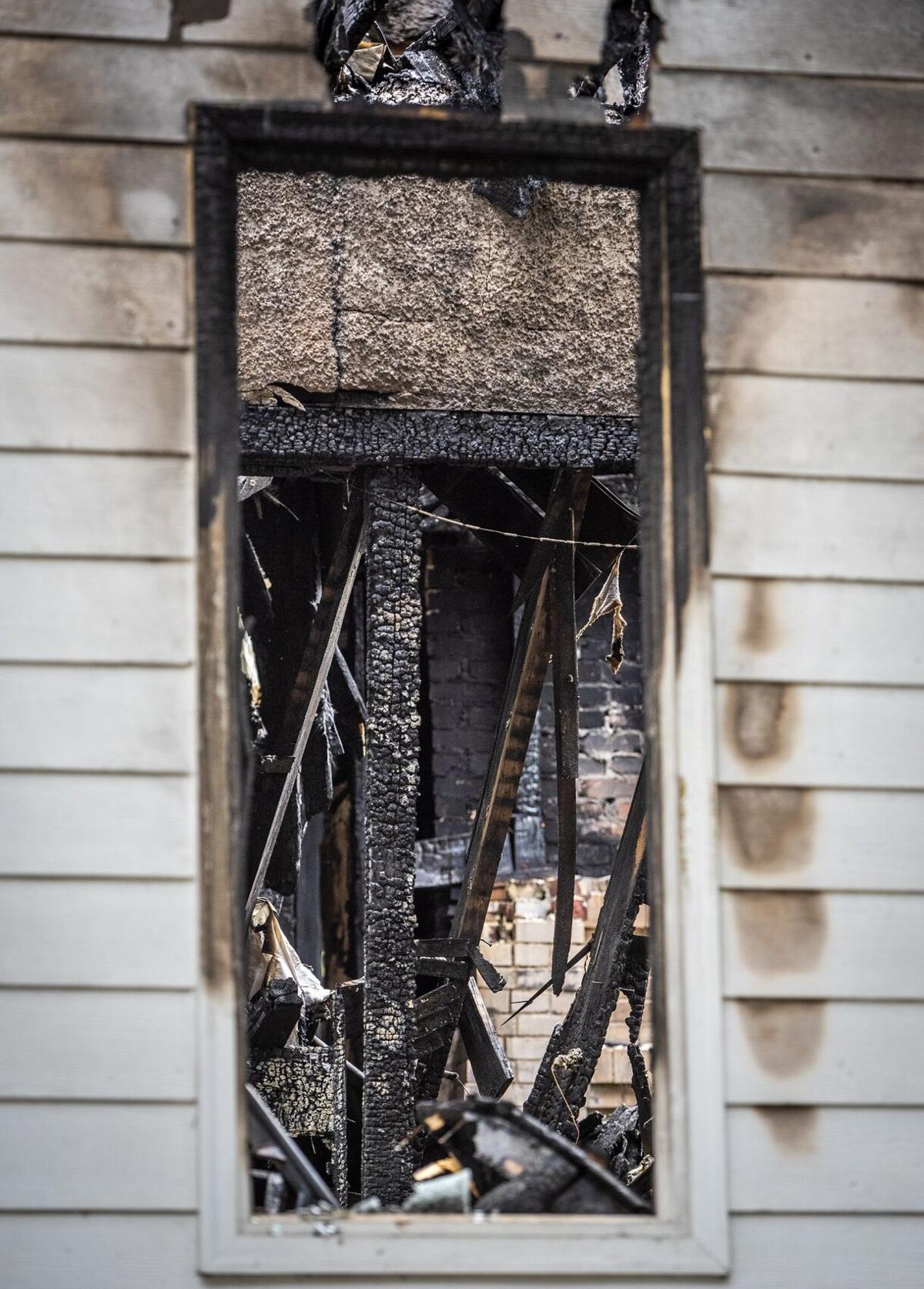 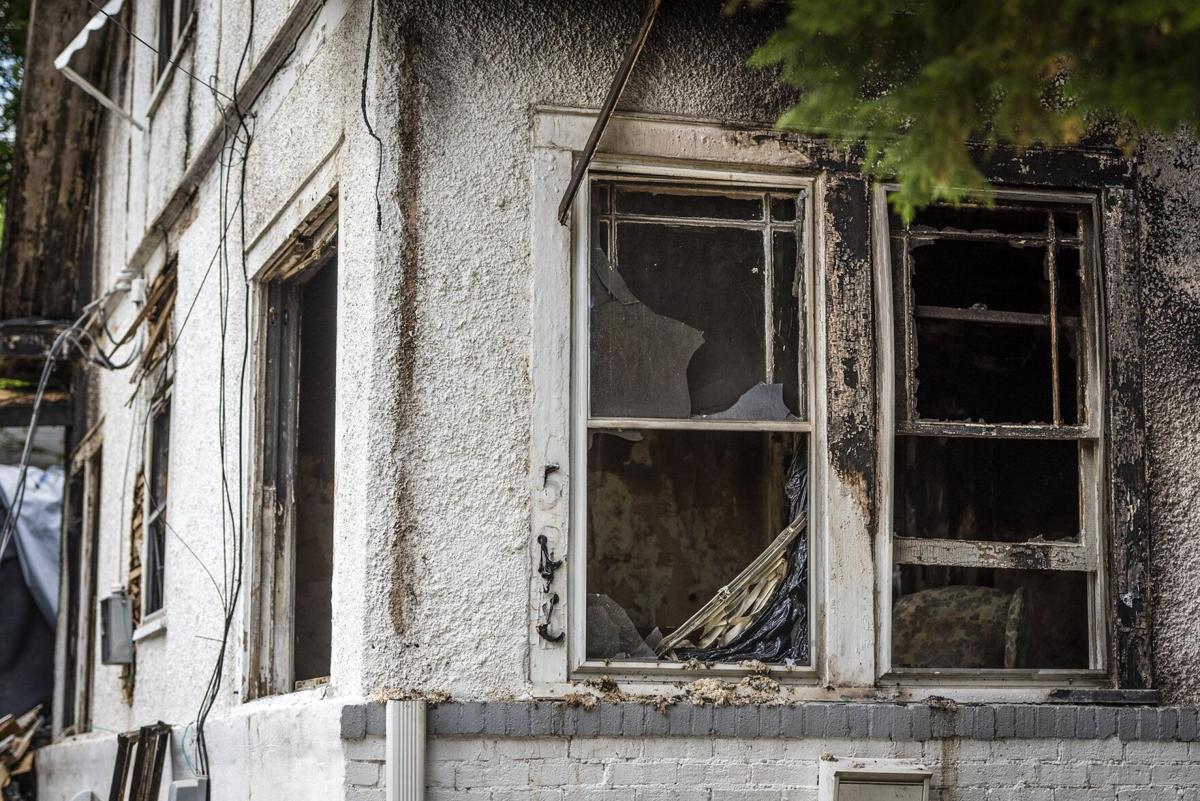 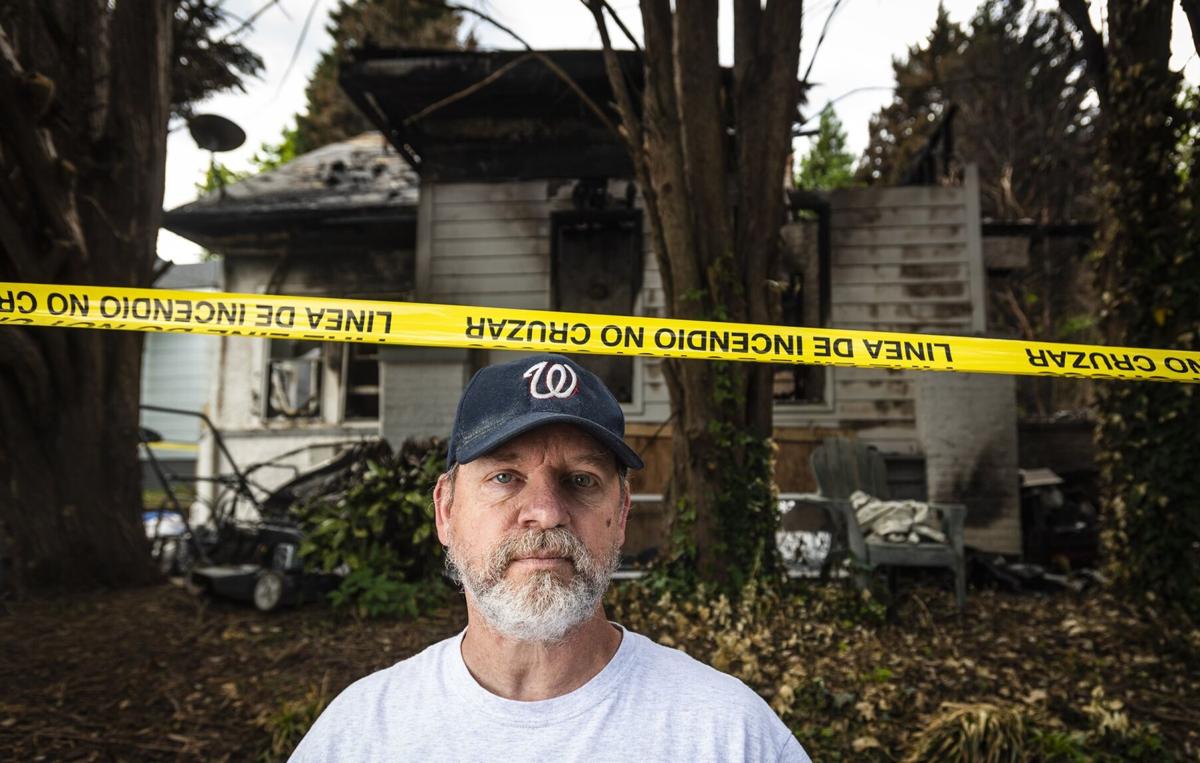 David Knowles, a former resident of 526 Lockland Ave., stands in front of his home of 28 years on Friday, May 14 in Winston-Salem. Knowles’ home burned down during an armed standoff with police.

A housemate of Edwin Joseph Castillo Jr. says Winston-Salem police shouldn’t have fatally shot Castillo during last week’s standoff between Castillo and officers in the Ardmore neighborhood. Still, another housemate of Castillo wishes he would have surrendered to police.

“They (police) could have done a million other ways than to kill the man,” said Paul Tesh, whom Castillo struck on the head with a hammer during the standoff. “If they (police) were trained, Joey would still be alive. They didn’t have to kill the man.

“They could have disarmed him. Throw the cuffs on him, and it would have been done.”

Tesh said that Castilllo struck him once in the face with the hammer, and not several times as police said in a statement. It will take about six months for Tesh to recover from his injuries, he said.

Tesh, 68, David Knowles, 55, and Terri Deal, 47, were inside a house at 526 Lockland Ave. when an officer initially came to the home after police received a report about unknown trouble there. All three left the house during the incident.

“Lord knows, I wish he had surrendered,” Knowles said of Castillo. “I don’t understand why he (Kenimore) didn’t have backup.”

Knowles said Castillo’s death was tragic and he believes that Castillo had been suffering from mental illness.

“It was like a demon had come inside of him,” Knowles said Castillo. “It’s a shame that this young man had to lose his life, but he wasn’t in his right frame of mind that day.”

An autopsy showed that Castillo, 34, died of a gunshot wound after he exchanged gunfire with police, police said. During the incident, Castillo also set fire to the house, leaving it a total loss. His body was recovered from the burned house.

A relative of Castillo told Tesh that Castillo was shot in his chest, Tesh said.

Police detectives, the Winston-Salem Police Department’s professional standards division and the State Bureau of Investigation are investigating the incident. Four officers who fired their guns at Castillo have been placed on administrative duty pending the outcome of the investigations, as is routine in officer-involved shootings.

Knowles and Tesh talked to a Journal reporter Friday about their experiences before, during and after the standoff. Knowles, Tesh, Deal, Castillo and another man lived in separate rooms in the home.

Deal and Castillo had been dating, Knowles said.

Deal “is getting better day to day,” Knowles said. “It’s going to take a lot of time for her.”

Tesh said that Deal is struggling with Castillo’s death.

“She is not doing well,” Tesh said. “Her boyfriend died.”

Castillo had worked as a painter and a construction worker, Tesh said. Tesh knows Castillo’s parents, who live in Davidson County.

“They are not dealing with his death well,” Tesh said.

Before last Wednesday’s standoff, an officer went to their house on Lockland Avenue after one of Castillo’s co-workers asked police to conduct a welfare check on Castillo, Tesh said.

Castillo wasn’t at home because he and Tesh were “out on the town,” Tesh said. “We had a good time.”

A police news release about the standoff provided details about the chaotic scene of gunfire and a housefire last week in the typically quiet neighborhood near Wake Forest Baptist Medical Center.

Castillo was involved in a struggle with an officer, police said. Officers had earlier received a report of unknown trouble at the house at 526 Lockland Ave.

When police Sgt. Robert Fenimore arrived at the house, he saw Castillo, who appeared to be unconscious, lying in the doorway of the home. Tesh said that Castillo was asleep and not unconscious.

Fenimore called emergency medical technicians to treat Castillo, police said. Before the EMTs arrived, Fenimore removed a large knife from a holster on Castillo’s belt. An empty handgun holster also was visible inside the waistline of Castillo’s jeans.

Before the EMTs arrived, Castillo regained consciousness and stood up, police said. At this point, police noticed a bulge from what turned out to be a gun in the left front pocket of Castillo’s jeans.

Fenimore placed his hand over the pocket as Castillo attempted to remove the gun, police said.

A struggled ensued as Fenimore grabbed Castillo’s hands to prevent him from removing the gun, police said. Castillo then ignored Fenimore’s commands to calm down, police said.

When police Sgt. Ryan Hagan arrived on the scene, the struggle between Fenimore and Castillo escalated, police said. Castillo then broke free from Fenimore’s grasp and ran into another room in the house.

Fenimore then told Hagan that Castillo was armed with a gun, police said. Both officers then sought cover outside the house.

Castillo had two handguns in the house, Knowles said.

An officer’s body camera footage shows Castillo pointing a handgun from inside the home directly at Fenimore, police said.

Knowles said he later told investigators that he heard a clicking sound as if Castillo was attempting to fire the gun at Fenimore. Fenimore and Hagan then retreated further from the home and established a perimeter around the house.

When Castillo was 20, Castillo staged a similar standoff with Davidson County sheriff’s deputies in July 2007. Castillo was accused of shooting his father during an argument and firing shots at two deputies before he surrendered after a seven-hour standoff.

Castillo was convicted on charges related to that incident and spent two years in prison.

Knowles said his company has helped him in the ordeal’s aftermath.

“They have been super supportive,” Knowles said.

Tesh, who is a retired employee from the Wake Forest School of Medicine, said he and Knowles are struggling.

“The Red Cross money has run out,” said Tesh, who is staying at a hotel. “One has to eat. One has to have a roof over (his) head.”

Paul Tesh, a former resident of 526 Lockland Ave., stands in front of his home of about five years on Friday in Winston-Salem. Tesh’s home burned down during another resident’s armed standoff with police.

David Knowles, a former resident of 526 Lockland Ave., stands in front of his home of 28 years on Friday, May 14 in Winston-Salem. Knowles’ home burned down during an armed standoff with police.