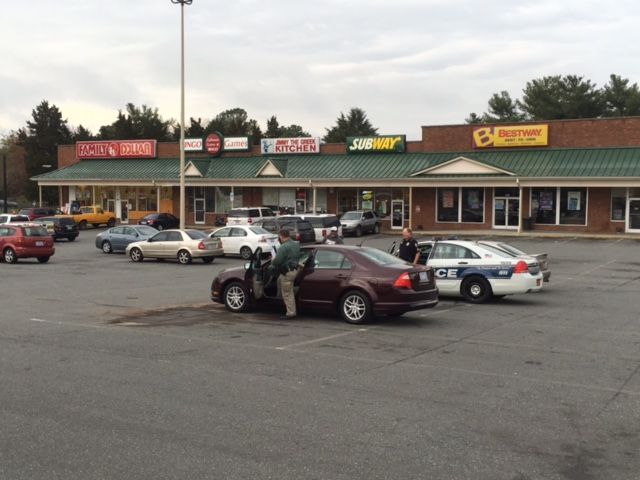 The body of Darryl Hunt was found in a parking across from LJVM Coliseum lot off University Parkway. 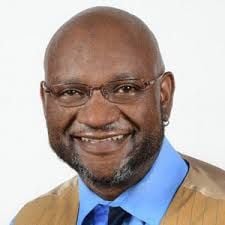 Darryl Hunt, a man wrongfully convicted of murder in a highly publicized case in Winston-Salem and who became a symbol of forgiveness after being exonerated, was found dead Sunday morning by Winston-Salem police.

Officers received a report at 12:19 a.m. of a possibly deceased individual in the 2800 block of University Parkway in the College Plaza shopping center, police said in a news release. They found an unresponsive male inside of a vehicle. He was determined to be dead and identified as Hunt.

Police said in their only statement Sunday that the Criminal Investigations Division is investigating Hunt’s death. Hunt’s relatives have been notified.

Police had issued a missing-person notice Saturday after Hunt was reported missing by a friend. Hunt had last been seen in the area of 800 Garfield Court.

Hunt suffered from a medical condition that requires treatment, police said. A Silver Alert had been issued.

The Rev. John Mendez of Emmanuel Baptist Church, a close friend, said Sunday that Hunt had a diagnosis of cancer, but did not know which kind or if it was considered as terminal.

“He had been struggling with a lot of challenges,” Mendez said.

Jet Hollander, who served on a citizens committee in 2005-06 that addressed the Deborah Sykes case, said Hunt was diagnosed with prostate cancer about 18 months ago and had reached the stage 4 level. “He had been getting treatment in Atlanta, which was the reason he was periodically visiting there,” Hollander said.

“The burdens he had had become more intensified recently; they were constantly with him. He had been through so much.”

When Mendez was asked if he thought Hunt harmed himself, he answered “we won’t know how he died until we get the medical examiner’s report.”

“He was depressed, that much we do know.”

Mendez said Hunt was hurt by the separation from his wife, April. The couple had been married since 2000 but separated in May 2014. Mark Rabil, his defense attorney, said the Hunts were divorced in January.

“He was definitely wounded by that situation,” Mendez said. “He loved April.”

Mendez and attorney Larry Little, another close friend, went to the scene after being informed of the discovery of Hunt’s body. Mendez said he had been up all night when he spoke with the Journal.

“Darryl had a lot of pride, dignity and didn’t put himself out there for his own care,” Mendez said.

“He was trying to make some sense out of his life.”

Forsyth County Coroner’s Office said an autopsy on Hunt was expected to be performed this morning.

Police said Saturday that Hunt had been seen driving a 1999 white Ford truck with the license plate BDJ-9685. The vehicle is owned by Little. Police dispatchers did not comment when asked if the vehicle that Hunt was found in was Little’s truck, but Mendez said it was.

The Rev. Carlton Eversley of Dellabrook Presbyterian Church said Sunday that Hunt was known to stay out of touch for a day or two, “but nothing like this.”

Eversley said that he, Mendez and Little took time from attending a political rally Saturday morning to pray for Hunt’s well being.

Eversley said he did not believe foul play was involved. He also believed Hunt was dealing with depression.

“I don’t think anyone did anything to Darryl,” Eversley said.

“His death is a great loss for me, personally, and for our community.”

Hunt was wrongfully convicted in 1985 of the murder of Deborah Sykes, a copy editor at the Sentinel, Winston-Salem’s former afternoon newspaper. Sykes’ body was found on a grassy slope off West End Boulevard, 1½ blocks from the newspaper. She had been stabbed 16 times and raped.

At his original trial, Hunt was convicted of first-degree murder and barely escaped getting the death penalty. The conviction was overturned, and he was tried again in Catawba County in 1990, and again he was convicted.

After 19 years in prison, Hunt was exonerated in February 2004 after DNA evidence led police to Williard Brown, who confessed to the killing.

In 2005, Hunt founded The Darryl Hunt Project for Freedom and Justice Inc., a nonprofit organization dedicated to educating the public about criminal justice reform opportunities, advocating for the wrongfully convicted, and providing resources to support individuals recently released from prison.

Hunt was the subject of the 2006 documentary, “The Trials of Darryl Hunt.’’

Hunt worked on the case of Kalvin Michael Smith, who was convicted on armed robbery and assault charges in 1997 in the beating of Jill Marker at the Silk Plant Forest store in Silas Creek Crossing shopping center. Smith has waged a long fight to win a new trial.

In September 2014, April Hunt filed a request for a 50-B domestic-restraining order against Hunt that was never granted. She accused Hunt of forcing his way into their house, scuffling with her and pushing her twice before leaving.

Darryl Hunt, in a response, denied the allegations and said April Hunt attacked him from behind after he had come to the house looking for his lawn mower. He was staying at a friend’s house and his friend’s lawn mower had broken down, Hunt said in court papers.

The Hunts filed a joint notice of voluntary dismissal with prejudice in October 2014, which meant she cannot re-file the restraining order. Under a different consent order, they agreed to not have contact with each other.

Jim O’Neill, Forsyth’s district attorney and a Republican candidate for attorney general, said in a statement Sunday that he hopes Hunt “finds the peace in eternity that escaped him in life. I extend my heartfelt condolences to his wife, family, friends, and the community he meant so much to.”

Eversley said Hunt “was snatched up at a young age by the injustice of the legal system.”

“He emerged from prison a man of grace and forgiveness with a remarkable lack of anger and bitterness.

“As a practicing Christian, I don’t know if I could have done what Darryl did.”

“He was very determined to do his best to right wrongs and to help those leaving prisons have a better life with his project,” Eversley said.

Darryl Hunt carried burden of trying to help others

The burden of being Darryl Hunt was never light.

A funeral for Darryl Hunt, a Winston-Salem man wrongfully convicted of murder in the mid-1980s in a highly publicized case, will be held Satur…

The body of Darryl Hunt was found in a parking across from LJVM Coliseum lot off University Parkway.